Pompey go in search of a fifth successive victory when they make the long trip to Rochdale this weekend.

Wins over Oldham, Oxford, Walsall and Wigan have pushed the Blues to the brink of the play-off places with just six games remaining.

But they face opponents that are also desperate for points, albeit at the opposite end of the League One table.

Dale have come out on top in their two most recent outings – against Shrewsbury and Bury – to boost their survival hopes.

It leaves them just a single point adrift of safety and with at least one game in hand on the sides around them.

They were left playing catch-up after a memorable run in the FA Cup, reaching the quarter-finals before bowing out to Tottenham in a Wembley replay.

Brett Pitman bagged a brace in a 2-0 Pompey triumph when the sides met on the south coast on the opening day of the season.

But Rochdale were 3-0 victors en route to promotion in the last Spotland meeting – in what proved to be Richie Barker’s final fixture as Blues boss.

TEAM NEWS
Anton Walkes is expected to be fit after missing training on Thursday as a precaution, but Stephen Henderson (groin) and Danny Rose (leg) are injured.

Joe Rafferty could continue in a central midfield role for Rochdale after impressing there in the midweek victory at Bury.

TICKETS
Seats can be secured at Spotland from the cash turnstiles or at the Rochdale ticket office. Click here for more details.

BETTING
Rochdale are the 13/8 favourites with Sky Bet to secure all three points, while Pompey can be backed at 19/10. 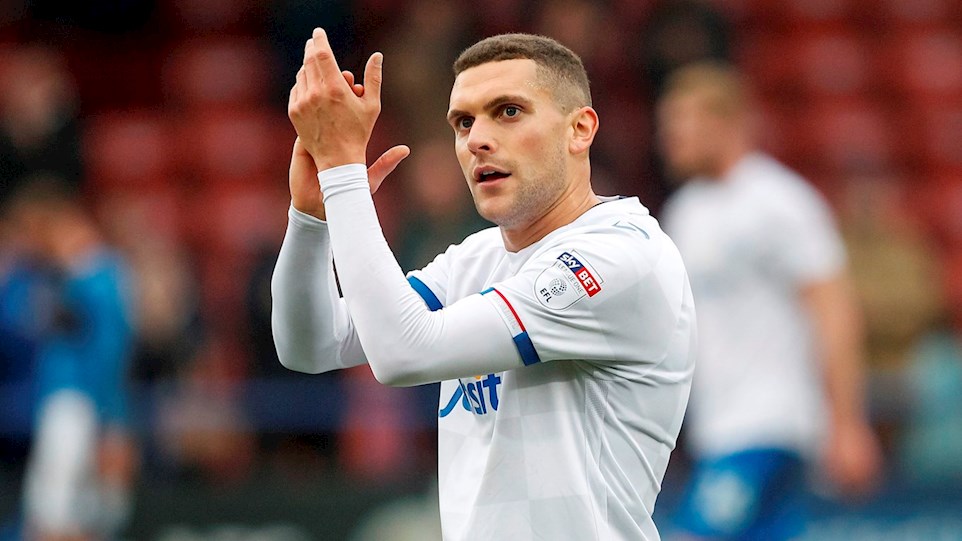 O’Keefe: In At The Deep End


He had not featured for almost four months after collecting a groin injury.


View the photos from the Blues' League One draw at Spotland 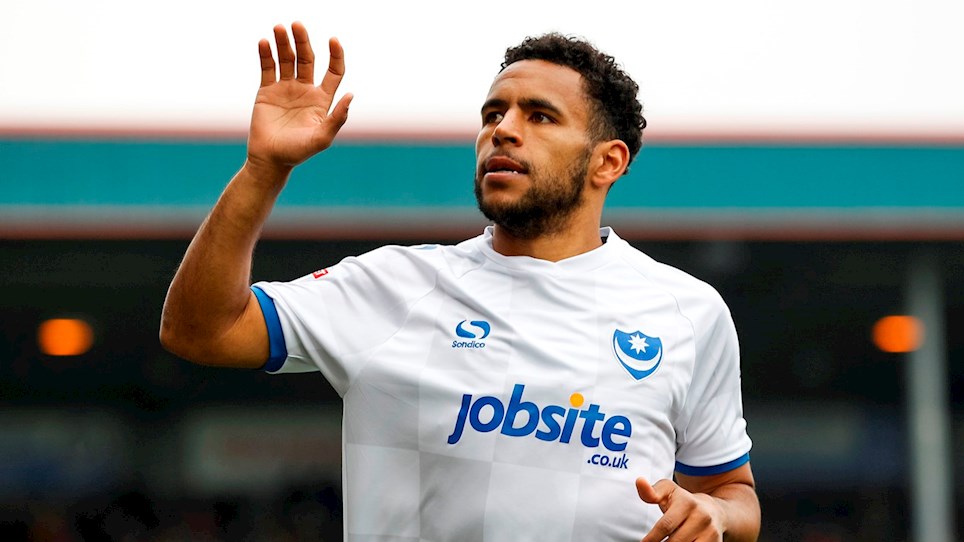 
Nathan Thompson felt Pompey’s experience was key in a dramatic 3-3 draw at Rochdale.

A last-gasp own-goal saw Pompey continue their unbeaten run with a thrilling 3-3 draw against Rochdale at Spotland.

They showed their fighting spirit by battling back to level on three separate occasions, as the prolific Brett Pitman cancelled out efforts from Brad Inman and Stephen Humphrys.

Ian Henderson scrambled home what seemed to be a Dale winner, only for Matt Done to find his own net deep into stoppage-time.

Kenny Jackett made one change from the side that beat Wigan on home soil on Easter Monday.

Dion Donohue missed that game to attend the birth of his son, but returned at left-back, with Brandon Haunstrup dropping to the bench.

There was a minute of applause before kick-off to remember former England international Ray Wilkins, who sadly passed away earlier in the week.

The hosts might have been sitting inside the drop zone, but had won each of their past two games and made a bright start.

A hooked effort from Humphrys was deflected wide, while several crosses into the box caused Pompey problems in the opening stages.

But the Blues could have broken the deadlock when Gareth Evans picked out Pitman, only for the unmarked skipper to guide the ball over.

Instead it was Dale who scored on 13 minutes, as Inman bent a shot into the bottom corner from the edge of the area.

They thought they had another when Joe Rafferty flicked on Inman’s corner and Henderson bundled the ball over the line, only to be flagged offside.

And Pompey made the most of that let-off by levelling midway through the first half, thanks to some great work from Pitman and Jamal Lowe.

The skipper held the ball up well in the centre of the pitch before releasing Lowe, who showed lightning pace to surge into the box.

He slipped at a pivotal moment, only to recover his footing and square for PITMAN to lash home his 20th league goal of the campaign.

The Blues then came close to forging ahead, courtesy of a thunderbolt from Evans that crashed against the crossbar.

It was Rochdale that finished the half on top, however, and Luke McGee was twice called into action to deny Rafferty and Humphrys, while Oliver Rathbone saw a shot deflected past the post.

But there was one more chance for the visitors before the break, with Pitman diverting an Evans centre over the top.

Rochdale were quicker from the blocks once the action restarted and Matt Clarke was well-placed to head clear a couple of dangerous deliveries.

But it took another fine finish for the hosts to retake the lead, as Humphrys collected Done’s pass and arrowed the ball past McGee’s grasp.

Jackett responded with a double switch on the hour mark, withdrawing Nathan Thompson and Kal Naismith for Matty Kennedy and Stuart O’Keefe.

And his side were level moments later when Donohue clipped in a free-kick that was only partially dealt with.

The ball was headed back into the danger zone by Clarke, where PITMAN was waiting to slot home again.

But the action soon switched back to the other end of the pitch and an Inman effort took a deflection to send the ball just over the bar.

Rochdale were back ahead on 71 minutes, though, when Calvin Andrew nodded Inman’s delivery across goal and Henderson bundled the ball into the net.

Jackett soon made his third and final change, with Oli Hawkins adding more firepower in place of Evans.

There was a nervy moment for the hosts when Josh Lillis failed to claim a high ball, but they were eventually able to scramble clear.

Hawkins did well to shake off having his shirt tugged and get a shot away late on, although the attempt failed to trouble Lillis.

The visitors tried to get the ball forward and four minutes of stoppage-time gave them hope of finding an equaliser.

And it arrived when Jack Whatmough’s centre was nodded towards goal by Pitman, with DONE only able to head the ball into his own net from a couple of yards out.

O’Keefe: In At The Deep End


He had not featured for almost four months after collecting a groin injury.


View the photos from the Blues' League One draw at Spotland


Nathan Thompson felt Pompey’s experience was key in a dramatic 3-3 draw at Rochdale.

Tickets are still available for Pompey’s match against Rochdale on Saturday.

Blues fans have already snapped up around 950 unreserved seats in the Willbutts Lane Stand for the League One contest at Spotland (3pm kick-off).

But supporters can also pay on the day from the Rochdale ticket office or at the cash turnstiles.

Wheelchair spaces are priced £16, with ambulant tickets at the above rates. Both include a carer if on the highest rate of DLA or PIP.

*Tickets bought online/over the phone for this game will no longer be posted out. They can be collected from Pompey’s ticket office until 4pm on Friday or from the collection cabin (next to the community office) at Spotland on the day of the game.

Any fans who are expecting to receive tickets through the post, but don’t receive them in Friday’s post should contact the Pompey ticket office by 4pm on Friday at the latest. 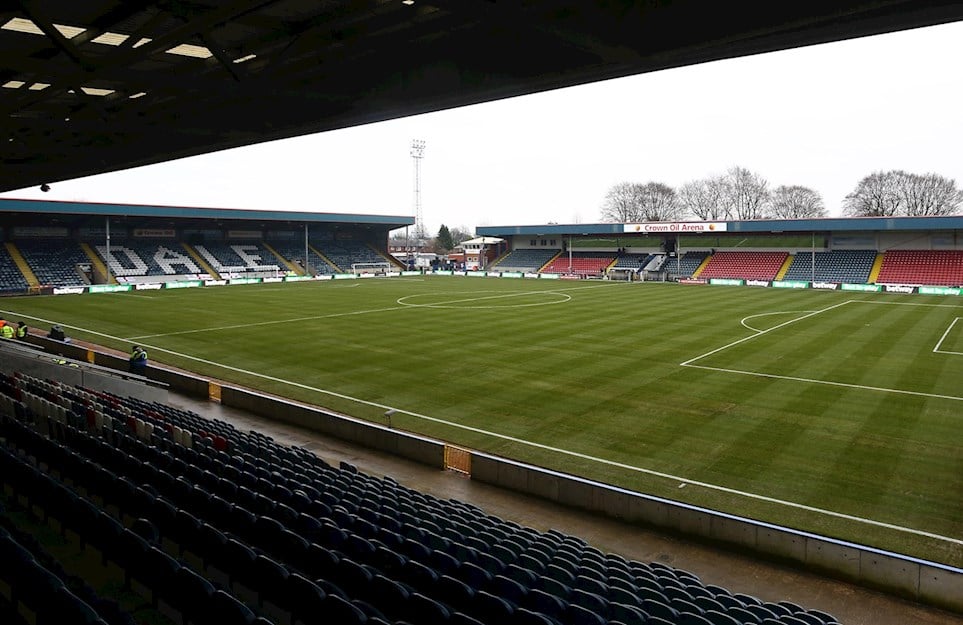 Rochdale (A): Tickets On General Sale


Tickets for Pompey’s visit to Rochdale are now on general sale.


Tickets for Pompey’s visit to Rochdale go on sale next week.