Pompey will help Charlton celebrate 25 years back at The Valley when the clubs clash on Saturday.

But the thousands of Blues fans making the trip to the capital will hope it is their side who have reason to party come 5pm.

Kenny Jackett’s men have already triumphed once there this season, although there were certainly not as many supporters there for last month’s contest.

It is League One points up for grabs this weekend, however, and the sides are closely matched in the current standings.

Charlton are two places – and six points – higher in sixth spot, although they do also have a game in hand.

But Karl Robinson’s troops have collected just one win from their past four league outings to dent their automatic promotion hopes.

Pompey have not visited the Addicks for a league fixture since both sides were in the top-flight during the 2006/07 campaign.

Lomana LuaLua’s strike was enough to secure all three points for the Blues, although Charlton triumphed in the return fixture at Fratton Park.

TEAM NEWS
Brett Pitman is set to return to the Pompey side after returning to training following a hamstring injury.

But there are still doubts over the availability of Ben Close (thigh), Dion Donohue (back), Oliver Hawkins (hamstring) and Kal Naismith (knee).

Former Pompey defender Jason Pearce could be fit for the hosts, but Patrick Bauer (foot) and Tariqe Fosu (hamstring) are both out.

VIEW FROM THE DRESSING ROOM
Read what Kenny Jackett and Jamal Lowe have to say about the game or register for a free iFollow account to watch the below videos.

TICKETS
Pompey have sold their full allocation of tickets for Saturday’s match and no more will be made available. Please do not travel without a ticket.

BETTING
Charlton are 7/5 favourites with Sky Bet to secure all three points, while Pompey can be backed at 2/1. 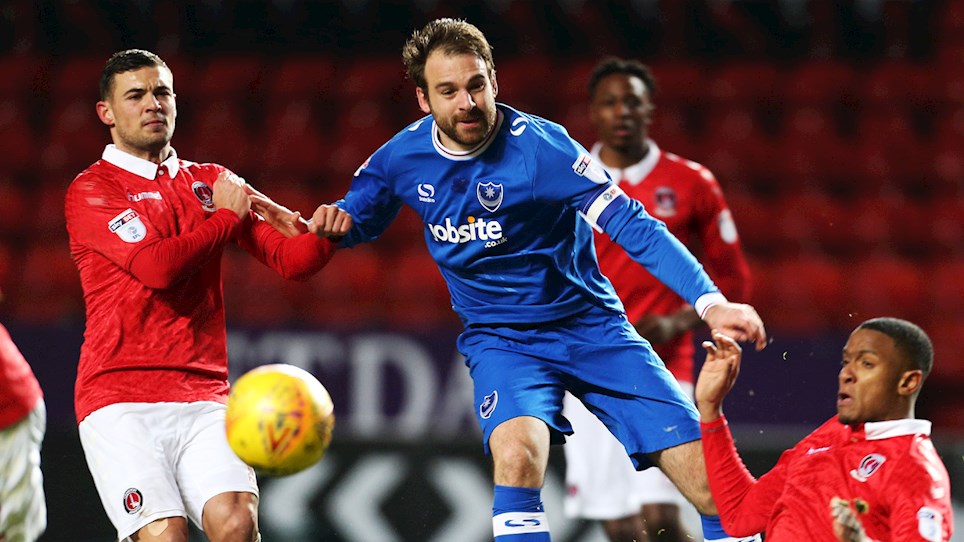 
Pompey’s ascent to within touching distance of the play-offs might have come as a surprise to some. 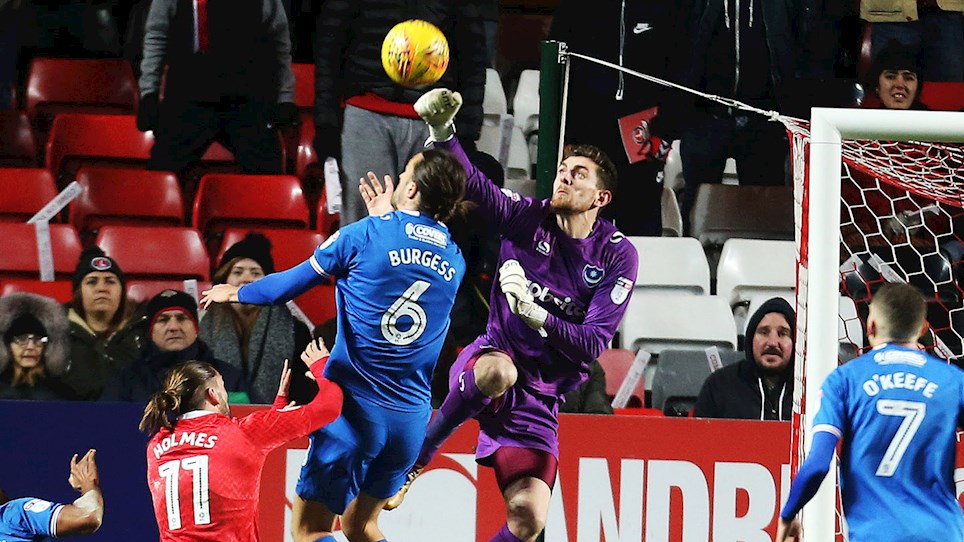 
Pompey’s recent form has got supporters dreaming of a second successive promotion. 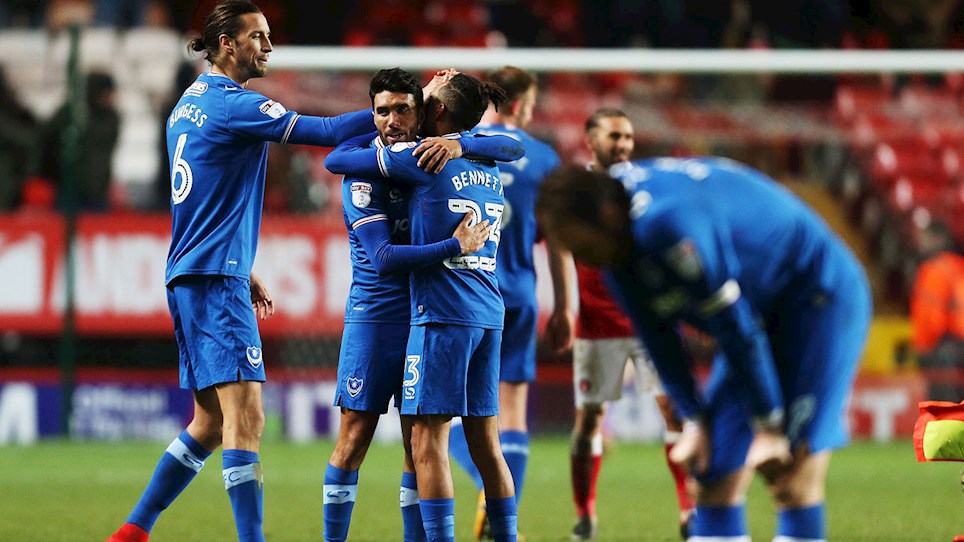 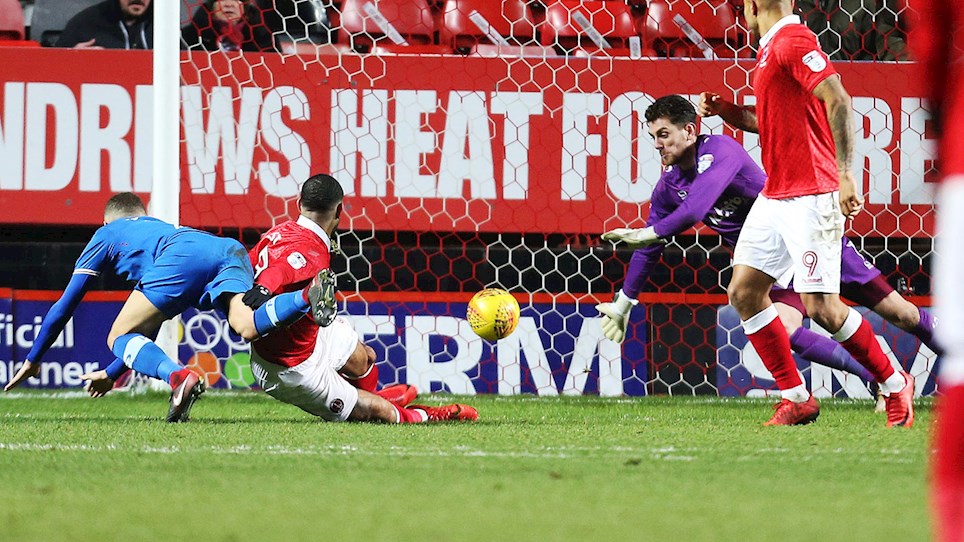 
View the photos from Pompey's league win at Charlton

Pompey crashed Charlton’s party, as they scored early in the second half to leave The Valley with all three points.

Stuart O’Keefe was credited with the goal, although it looked like Josh Magennis had actually sent the ball into his own net.

It might have been a more comfortable victory, but Brett Pitman saw his penalty superbly saved by Ben Amos.

Kenny Jackett made one change from the side that beat Northampton in the Checkatrade Trophy the previous week.

Fit-again skipper Pitman returned to lead the line following a hamstring problem, as Curtis Main dropped to the bench.

There were two former Pompey ‘Player of the Season’ winners in the Charlton squad, with Ricky Holmes starting and Jason Pearce named among the substitutes.

The hosts were celebrating the 25th anniversary of their return to The Valley – which, coincidentally, was for a match against the Blues in December 1992.

They won 1-0 on that day and a similar outcome looked on the cards as Jackett’s side struggled to make an impression in the early stages.

For all of the Addicks’ domination of possession, however, they were not doing much to test Luke McGee.

The keeper had to deal with a couple of dangerous crosses into the box, but was otherwise well protected by his defence.

And, as the first half progressed, it was the visitors who started to look the more dangerous outfit going forward.

They almost broke the deadlock on 29 minutes when Pitman laid the ball off for Gareth Evans, whose fierce effort was tipped over the bar by Amos.

The resulting corner was only cleared as far as O’Keefe outside the box and his effort looped onto the roof of the net.

A couple of half-chances followed for Pitman and Evans, with the Blues sensing they could make the most of some nervous defending.

But they were almost hit on the break when Jay Dasilva fed Holmes, whose shot was tipped over by McGee.

The action soon switched back down to the other end and it took a vital Chris Solly block to stop Conor Chaplin from sliding Pompey into the lead.

O’Keefe picked up the loose ball and his long-range shot took a deflection to divert it wide of the post.

But it was Charlton who had the final say before the break and McGee was called into action to deal with Dasilva’s curling effort.

Chaplin did not emerge for the start of the second half, with Kyle Bennett taking his spot just behind Pitman.

And the Blues broke the deadlock within a couple of minutes of the restart – although there was some debate about who should take the credit for the goal.

It was O’Keefe who was announced as the man to have converted Evans’ fine free-kick into the box, although some argued it was Charlton’s Magennis who got the final touch.

Holmes soon had a chance at the other end, but his final delivery was somewhere in between a cross and a shot, with the ball flying out for a goal-kick.

Pompey were still looking to get forward themselves, however, and Pitman was not far off target with one effort, while Bennett then forced Amos into action.

They had an excellent opportunity to double their advantage on 65 minutes when referee Andrew Madley spotted a tug on Pitman by Solly in the area.

It was Pitman who unsurprisingly stepped up to take the spot-kick, only for Amos to dive to his left to make a superb save.

That gave the home side – and their supporters – a boost, but the hosts were still proving difficult to breach.

A bit of needle started to creep into the game, with Evans shown a yellow card for a late challenge on Holmes, who then joined him in the book by fouling McGee.

Nathan Thompson soon became the third player cautioned, although he did appear to win the ball from Holmes cleanly.

There was plenty of action unfolding at both ends and when one promising Blues move broke down, their opponents broke quickly, only for Mark Marshall to shoot straight at McGee.

Pompey’s keeper made a better save late on, though, getting quickly down to his right to keep out Leon Best’s firm header.

And, despite late appeals by the home crowd for a penalty, that ensured the Blues made the trip home with all three points.


Pompey’s ascent to within touching distance of the play-offs might have come as a surprise to some.


Pompey’s recent form has got supporters dreaming of a second successive promotion.


View the photos from Pompey's league win at Charlton

Pompey have sold their full allocation of tickets for the league visit to Charlton.

Kenny Jackett's side make their second trip to The Valley this season on Saturday, December 9 (3pm kick-off).

And they will be backed by more than 3,800 supporters in both the Jimmy Seed Stand and East Stand.

A second batch of tickets went on sale after the initial allocation were snapped up in just a single day, but these have also now been sold. 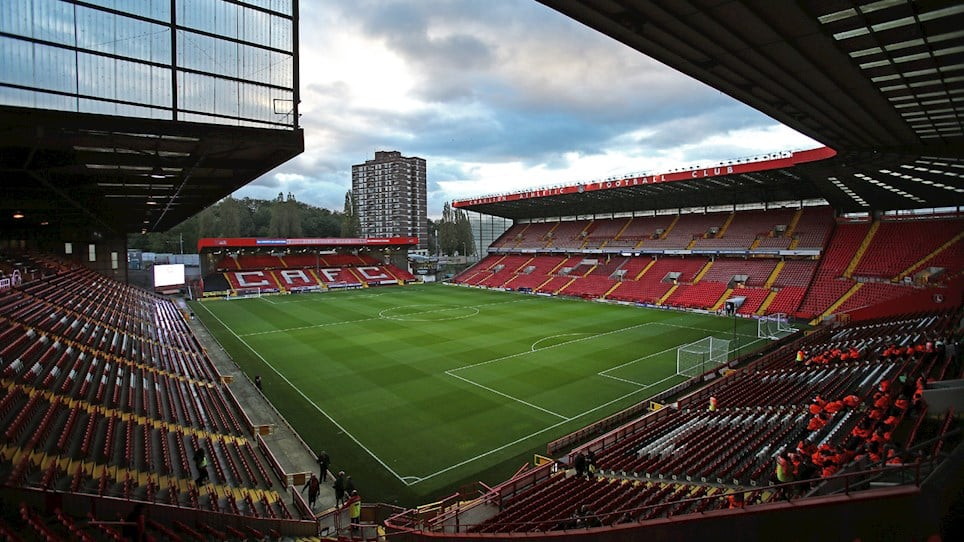 
Pompey have been given an extra allocation of tickets for the visit to Charlton.


Tickets for Pompey’s league visit to Charlton go on sale next week.