And so the players will be hoping to provide the perfect present for supporters by continuing their fine form and collecting a maximum haul.

Kenny Jackett’s side have won six of their past seven games in all competitions and are now just three points outside the play-off places.

Their opponents, however, are more concerned with events at the opposite end of the League One table.

They have yet to win on the road in the league this season, losing six of their 10 games away from Gigg Lane.

But the Shakers – who have former Blues players Michael Smith and Chris Maguire in their ranks – are on a three-match unbeaten run and should be fresh after last week’s scheduled clash with AFC Wimbledon fell victim to the snow.

Bury have won each of the two most recent meetings between the sides, including a 1-0 victory at Fratton Park in April 2015.

TEAM NEWS
Ben Close should be available after recovering from a thigh injury, while Dion Donohue (back) and Oliver Hawkins (hamstring) could also feature.

Bury could welcome back top scorer Jermaine Beckford and Danny Mayor from injury, but Stephen Dawson (knee) is likely to miss out.

VIEW FROM THE DRESSING ROOM
Read what Kenny Jackett and Brett Pitman have to say about the game or register for a free iFollow account to watch the below videos.

TICKETS
Spaces are extremely limited, so click here to secure your seat and avoid disappointment.

BETTING
Pompey are the 7/10 favourites with Sky Bet to secure all three points, while the visitors can be backed at 17/4. 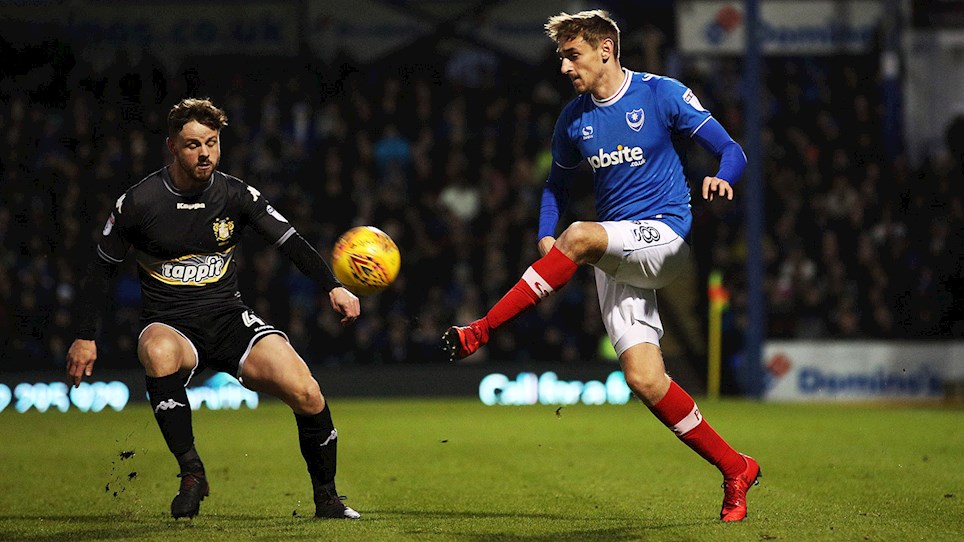 
Consistency was something that Pompey struggled with earlier in the campaign. 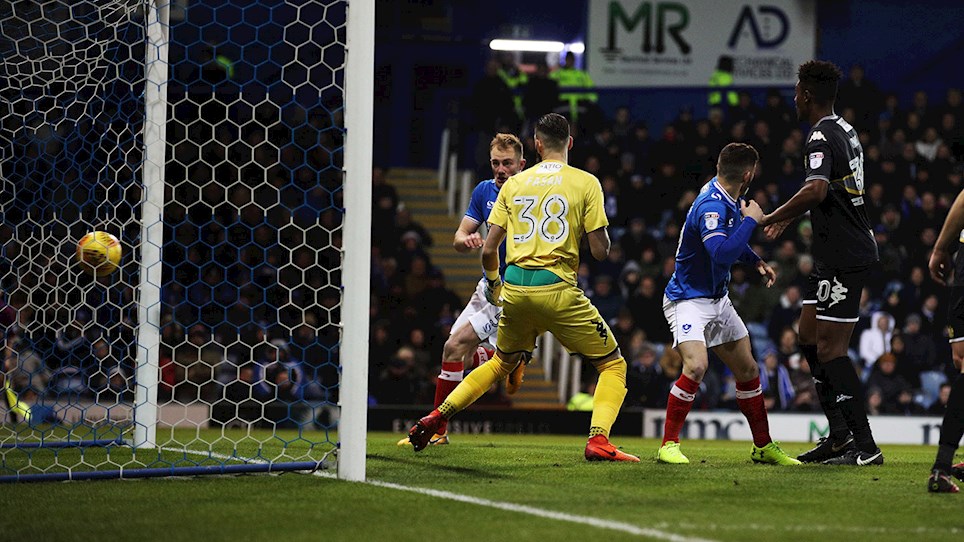 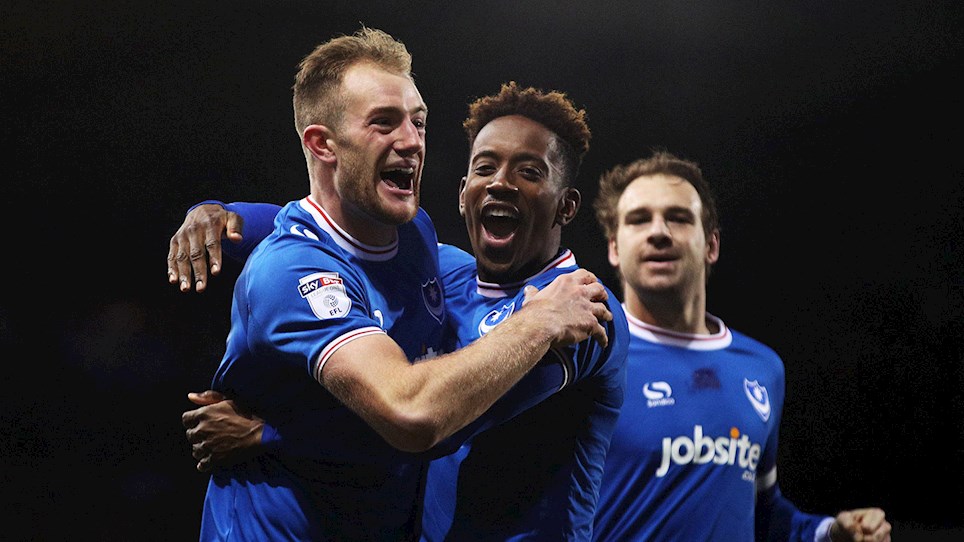 
View the photos from the Blues' league win over Bury 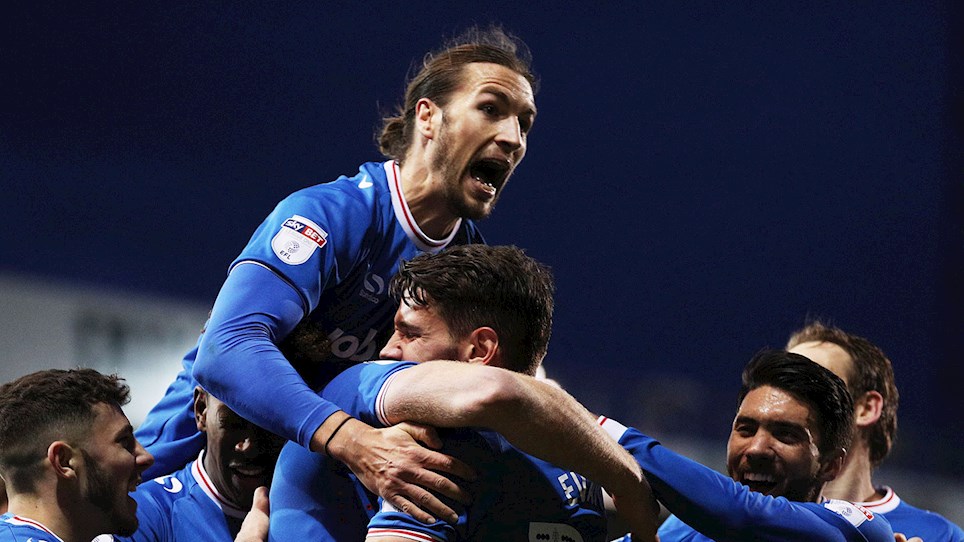 
His partner in the centre of defence is likely to steal the headlines.

Matt Clarke found the target as Pompey continued their impressive run by seeing off Bury at Fratton Park.

They were on top for most of the contest, but were just lacking a clinical touch in front of goal against League One’s bottom club.

Their persistence was rewarded in the second half, however, when Clarke converted a Gareth Evans corner to seal the victory.

Kenny Jackett made one change from the side that won at Charlton the previous week.

Conor Chaplin dropped to the bench, with Kyle Bennett taking his place in a central attacking role against his former club.

There had perhaps been too much festive overindulgence on Friday evening, with the atmosphere feeling flatter than usual.

Not that there was too much to inspire them on the pitch in a first half that the hosts controlled, without looking overly threatening.

A tame Brett Pitman effort was comfortably dealt with, while the crossing of Evans was providing some problems for Bury.

Danny Rose had the first of three decent opportunities for the Blues, unleashing a thunderous 30-yard drive that Leo Fasan did well to tip over on 15 minutes.

Bennett and Clarke both had half-chances, as Pompey continued to probe away without getting any reward.

But those other two notable openings came on 34 minutes and there was a touch of fortune about both of them.

First up was a jinking run into the box by Jamal Lowe, with the ball ricocheting kindly into Evans’ path.

He was left with just the keeper to beat, but Fasan did well to spread himself as big as possible and make the save.

Then, just seconds later, an attempt from Lowe took a massive deflection, sending the ball fizzing inches past the post.

There was a change just after the restart for the second week in a row, with Stuart O’Keefe withdrawn for Ben Close in the engine room.

But it was Bury who initially started stronger and a free-kick from Jay O’Shea had to be punched clear by Luke McGee.

O’Shea was also involved moments later, whipping in a corner from the right that skipper Nathan Cameron headed narrowly over.

Jackett made a second switch on the hour mark as Pompey continued their hunt for a goal, with Chaplin replacing Bennett.

And they did forge ahead moments later when Evans whipped in an excellent corner and CLARKE came charging in at the far post to emphatically head home.

Bury then replaced one former Blues striker with another to try to force an equaliser, with Michael Smith given a warm reception as he made way for Chris Maguire.

The new man immediately had an opportunity to level when he was brought down by Lowe, only to send his free-kick straight into McGee’s arms.

Pompey were still looking to get forward themselves, though, and a left-footed attempt from Evans dipped narrowly over.

The Shakers got more men forward as the seconds ticked down, but a lack of firepower meant they never really looked like getting anything from the game.

And it might have been a heavier defeat for the visitors, with Fasan getting down well to palm clear a snap-shot from Close late on.


Consistency was something that Pompey struggled with earlier in the campaign.


View the photos from the Blues' league win over Bury


His partner in the centre of defence is likely to steal the headlines.