Pompey will hope to use their first victory of 2018 as a springboard for success at the start of a hectic run of games.

Saturday’s dramatic come-from-behind win at MK Dons was the first of five fixtures in the space of just 15 days.

But they now face a stern test against a Blackburn outfit that eased to a 3-0 triumph when the sides met at Ewood Park back in October.

Tony Mowbray’s men were relegated from the Championship last season – going down on goal difference, despite winning at Brentford on the final day.

They are making a decent fist of bouncing back at the first attempt, though, and currently sit a single point outside the automatic promotion places.

Rovers had climbed above Shrewsbury into second spot, but failure to win their past two games has seen them drop down to third again.

Pompey do not have the best recent record against tonight’s opponents and you have to go back to November 2008 to find their last triumph.

Peter Crouch and Jermain Defoe gave them a comfortable lead in a Premier League clash at Fratton Park and although Blackburn fought back to level, Sean Davis grabbed the winner.

📆30/11/2008 | It was goals galore the last time #Pompey beat @Rovers at Fratton Park, in a Premier League clash that saw the Blues go 2-0 up before being pegged back, and then a 79th-minute winner from Sean Davis 🙌

Will we get a similar Fratton thriller later today? ⬇️ pic.twitter.com/mrMW858hkC

TEAM NEWS
Christian Burgess returns from suspension, but it is too early for either Brandon Haunstrup or Jack Whatmough to feature.

The fit-again Marcus Antonsson, Ben Gladwin and Darragh Lenihan could feature for the visitors, who are missing Harry Chapman (hamstring) and Peter Whittingham (calf).

VIEW FROM THE DRESSING ROOM
Read the thoughts of Kenny Jackett and Nathan Thompson or subscribe for a free iFollow account to watch the below videos.

TICKETS
Seats can be secured online here or from the Frogmore Road ticket office. They will be available this evening from the booth behind the Fratton End.

BETTING
Blackburn are the 6/4 favourites with Sky Bet to secure all three points, while the Blues can be backed at 9/5. 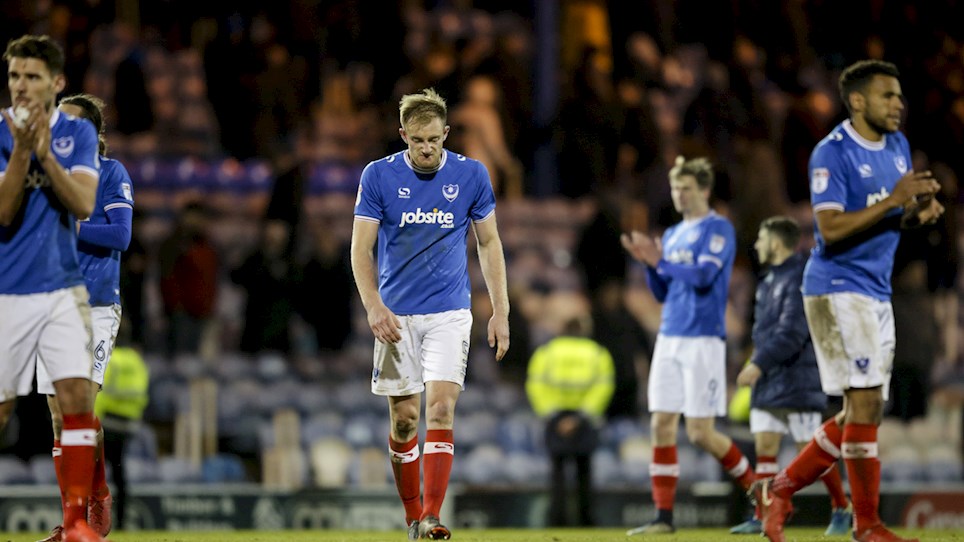 
View the photos from the Blues' narrow home defeat 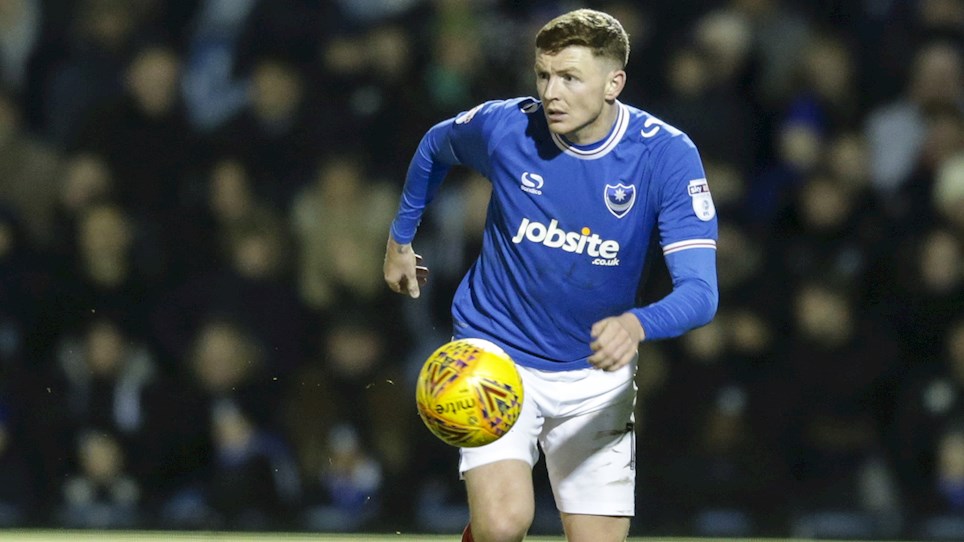 Donohue: A Performance To Build On


There was more than a tinge of frustration about Pompey’s defeat to Blackburn. 
If Blackburn are one of the favourites for promotion, then Pompey can certainly be encouraged by their performance against them.

It looked like Conor Chaplin would be the hero for a second game in succession when he headed the Blues level early in the second half.

Adam Armstrong had earlier scored for Rovers and the same player struck again to deflate a large home crowd.

Lewis Travis saw red for the visitors in stoppage-time, but they held on to boost their automatic promotion hopes.

Kenny Jackett made three changes from the side that dramatically beat MK Dons at the weekend.

Chaplin was rewarded for his stoppage-time winner with a start, along with Jamal Lowe and – returning from suspension – Christian Burgess.

Matty Kennedy, Connor Ronan and Oli Hawkins were the men to make way, with the trio dropping to the bench.

There was an early warning for the hosts when Ben Close lost possession to Jack Payne. He found Bradley Dack, only for Luke McGee to come to the rescue with a smart stop.

Pompey tried to make an impact at the other end and Dion Donohue’s volley was kept out by David Raya, while the keeper then prevented Chaplin’s cross from reaching an unmarked Brett Pitman.

It was the visitors looking more dangerous, though, and when Charlie Mulgrew whipped a free-kick into the box, Paul Downing glanced just wide.

And the deadlock was broken on 21 minutes, as Mulgrew flicked on Richie Smallwood’s cross and Armstrong turned the ball home.

The Blues picked up the pace in the search for an equaliser, with Chaplin and Close both seeing efforts blocked in quick succession.

Ryan Nyambe then made a vital header when Nathan Thompson tried to float a pass to Close in the Rovers box.

Pitman had the hosts’ best chance on 32 minutes, as he wriggled into a shooting position, with Raya getting down to save his angled drive.

Pompey kept plugging away, but Gareth Evans ballooned over when Donohue picked him out in the area.

Pitman also lacked his usual composure by firing wide, while Lowe was then off target with a diving header.

But the Blues finished the half strongly and Raya got down to save when Evans met another dangerous Donohue delivery with a deft flick.

Anton Walkes also had a decent effort in stoppage-time and there were gasps as the ball curled agonisingly past the post.

The hosts had improved as the first half progressed and found themselves level within five minutes of the restart.

Donohue sent a cross in from the left and Walkes did well to hook it back into the centre, where CHAPLIN was waiting to head home from close range.

They might have had another soon after when Raya came tearing from his box, but failed to collect the ball.

Pitman did gather it and steadied himself on the left side of the area, although he was unable to curl his shot on target.

Raya had collided with team-mate Nyambe in that incident and the defender received warm applause as he was stretched off towards a waiting ambulance.

McGee denied Dack at the other end, but the action had started to lull following a breathless start to the second half.

But Pompey injected life back into proceedings when Donohue’s cross was not properly dealt with and Close’s follow-up was deflected narrowly wide.

There was a sense of urgency at both ends of the pitch as the clock ticked down into the final 15 minutes.

Close did well to get down the right and centre the ball, with it being headed behind before Lowe could take advantage on the back post.

Chaplin was cheered off the pitch when Jackett decided to replace him with Hawkins for the final few minutes.

But the mood soon soured, as Rovers restored their advantage. Darragh Lenihan’s cross ricocheted off Matt Clarke and fell kindly for Armstrong to lash in his second of the night.

Hopes were raised by the display of seven additional minutes, while Travis’ red card for a late challenge on Thompson provided more cause for optimism.

Pompey threw men forward in a desperate search for another equaliser, but Blackburn held on to secure the spoils.


View the photos from the Blues' narrow home defeat

Donohue: A Performance To Build On


There was more than a tinge of frustration about Pompey’s defeat to Blackburn.


If Blackburn are one of the favourites for promotion, then Pompey can certainly be encouraged by their performance against them.