Pompey have won two of the past three away games to reignite a play-off push.

But now they will be hoping to get their home form back on track by beating Blackpool this weekend.

A run of one victory from 14 games saw the Seasiders suffer an alarming drop down the League One table.

They arrested the slide with an impressive 2-0 triumph at high-flying Wigan recently, though, and go into Saturday’s contest on a four-match unbeaten run.

But Gary Bowyer’s men – who were promoted via the play-offs last term – are still only three points above the drop zone.

And they will arrive at Fratton Park having collected three points on the road just four times all season.

Pompey emerged 3-2 victors when the sides clashed at Bloomfield Road earlier in the campaign, courtesy of a second half goal-fest.

And you have to go all the way back to 1971 to find the last time the Blues were beaten by the Seasiders on the south coast.

TEAM NEWS
Kal Naismith has recovered from a groin injury, but Gareth Evans and Brett Pitman are both still sidelined with hamstring problems.

Blackpool will be without Callum Cooke (heel), Mark Cullen (hamstring) and Jim McAlister (leg), but top Kyle Vassell has returned to fitness.

VIEW FROM THE DRESSING ROOM
Read the thoughts of Joe Gallen and Ben Close or subscribe for a free iFollow account to watch the below videos.

Assistant manager Joe Gallen speaks to iFollow ahead of Pompey's Sky Bet League One meeting with Blackpool at Fratton Park.

Adam May speaks to iFollow ahead of Pompey's Sky Bet League One clash with Blackpool at Fratton Park, after impressing during the Blues' midweek win at Fleetwood.

TICKETS
Seats can be bought online here. They will be on sale (subject to availability) from the booth behind the Fratton End on the day of the game.

BETTING
Pompey are the 19/20 favourites with Sky Bet to collect all three points, while the visitors can be backed at 3/1. 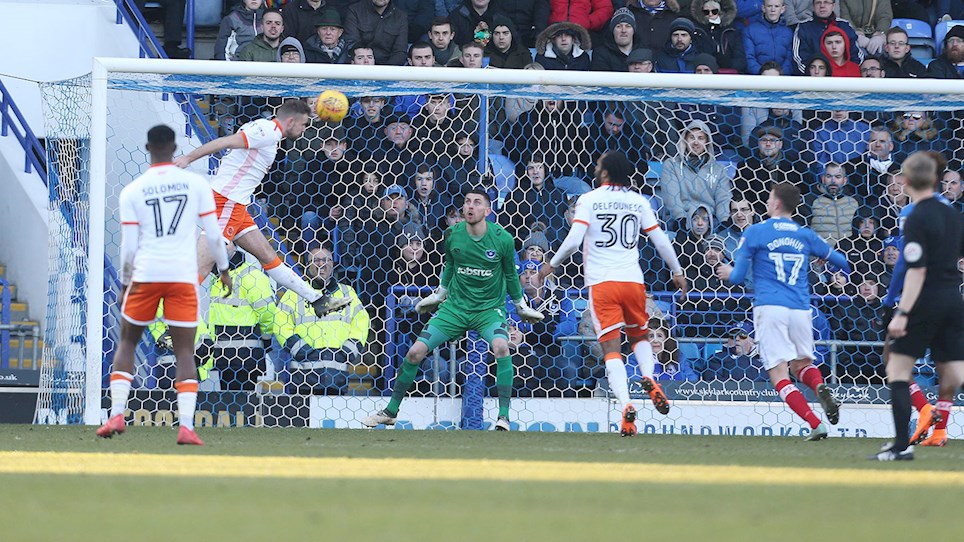 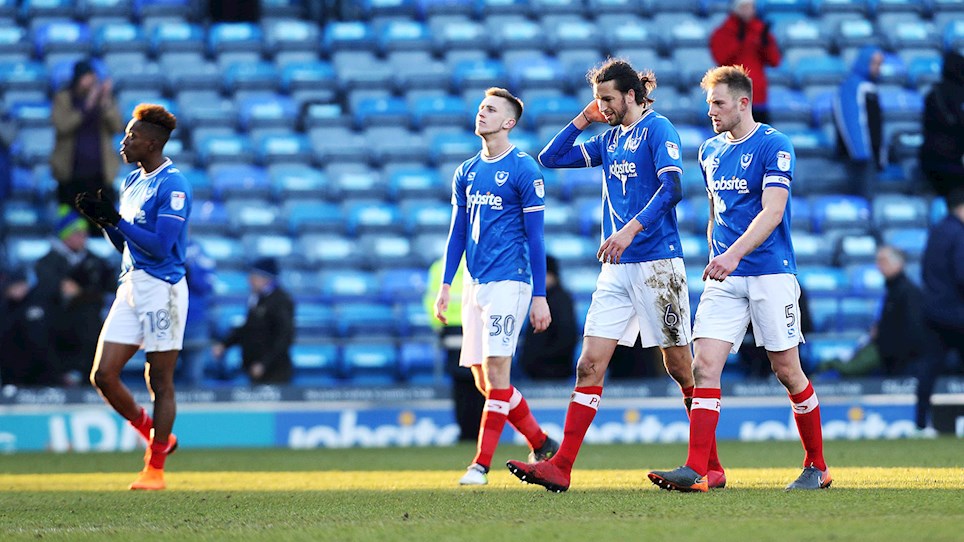 
View the photos from the Blues' loss at Fratton Park


It was afternoon that everyone connected with Pompey will be keen to forget. Jackett: Poor At Both Ends


Porous at the back and impotent in attack.

Pompey conceded a goal in each half as they slipped to defeat against Blackpool in a dire contest at Fratton Park.

The visitors were not exactly sparkling, not that there would be much concern from them as they headed back north with three points in the bag.

Sloppy defending cost the Blues once more, with Kyle Vassell and Clark Robertson taking advantage to find the net.

Kenny Jackett unsurprisingly stuck with the same side that secured victory at Fleetwood earlier in the week.

That meant Matt Clarke continued to wear the captain’s armband in Brett Pitman’s absence, while a fit-again Kal Naismith had to be content with a place on the bench.

The first half was an instantly forgettable affair, with both sides guilty of a lack of quality and a poor range of passing.

It was not without chances, though, and Vassell dragged a shot past the post after Conor Chaplin had lost possession in the centre.

Jamal Lowe whipped in a decent cross at the other end of the pitch, but a diving Oli Hawkins could not quite make a connection.

He did get on the end of another Lowe delivery on 15 minutes, although this time the ball was diverted over.

The striker was left punching the turf after going down injured soon after, but was thankfully able to run it off.

Blackpool then had a chance from a Jay Spearing corner that centre-back Robertson glanced past the post.

Lowe had earlier been booked for kicking the ball away, although Vassell somehow escaped the same punishment for a blatant off-the-ball trip on Christian Burgess.

Hawkins should at least have tested Seasiders keeper Joe Lumley on 31 minutes, only to hook wide when Dion Donohue’s deep free-kick was headed down by Clarke.

Vasell was more clinical just before the interval, however, calmly slotting the ball home after stealing possession from Burgess.

Anyone expecting an increase in entertainment following the interval was in for a disappointment, as the action continued to meander along.

That was no concern for Blackpool, though, who were more than happy to protect their slender lead.

A promising move involving Lowe and Anton Walkes eventually broke down just inside the visitors’ box, while Clarke slid on to deny Jimmy Ryan at the other end.

Jackett made his first switch just before the hour mark, with Kennedy withdrawn for the fresh legs of Connor Ronan.

With things not improving a second change soon followed, as Naismith was brought on for Hawkins, who still appeared to be affected by his earlier knock.

But it soon got worse for the Blues, with Ronan’s clearance only finding Jay Spearing, whose cross from the right was nodded home from close range by an unmarked Robertson.

A late fightback was not really looking on the cards and it might have got worse, with Curtis Tilt only able to head Ryan’s centre straight into Luke McGee’s arms.

Plenty of fans took an opportunity to beat the traffic, with a steady stream heading for the exits as the minutes ticked away.

But they did not miss much, as the only cheers were of the ironic variety when Pompey finally had a late shot on target.


View the photos from the Blues' loss at Fratton Park


It was afternoon that everyone connected with Pompey will be keen to forget.

Jackett: Poor At Both Ends


Porous at the back and impotent in attack.