Pompey would welcome a similar outcome to their last away game when they visit Southend this weekend.

Although it might be better for the nerves of everyone if they do not leave it as late as witnessed at MK Dons last Saturday.

Their opponents are currently sitting 14th in the League One standings and are a comfortable seven points clear of the drop zone.

But it was a distinctly more worrying position when Phil Brown departed as manager midway through last month.

Former England international Chris Powell was named as his replacement and has yet to experience defeat in four games in charge.

He guided the Shrimpers to three successive victories – including over then leaders Wigan – before a goalless draw at Bury on Tuesday evening.

Pompey have lost on each of their four most recent visits to Roots Hall, with strikes from Gerry Creaney and Darryl Powell securing the last triumph back in 1994.

It was Kenny Jackett’s side who came out on top at Fratton Park earlier in the campaign, though, as Brett Pitman netted the only goal of the game.

TEAM NEWS
Brandon Haunstrup and Jack Whatmough are both available for selection after coming through an in-house training game unscathed.

But the Blues are still without the injured trio of Stephen Henderson (thigh), Stuart O’Keefe (groin) and Danny Rose (leg).

FROM THE DRESSING ROOM
Read the thoughts of Kenny Jackett and Matt Clarke or subscribe for a free iFollow account to watch the below videos.

TICKETS
Seats are no longer available to buy from Pompey and will not be on sale at Roots Hall on the day of the game.

BETTING
Pompey are the 7/5 favourites with Sky Bet to secure all three points, while the hosts can be backed at 19/10. 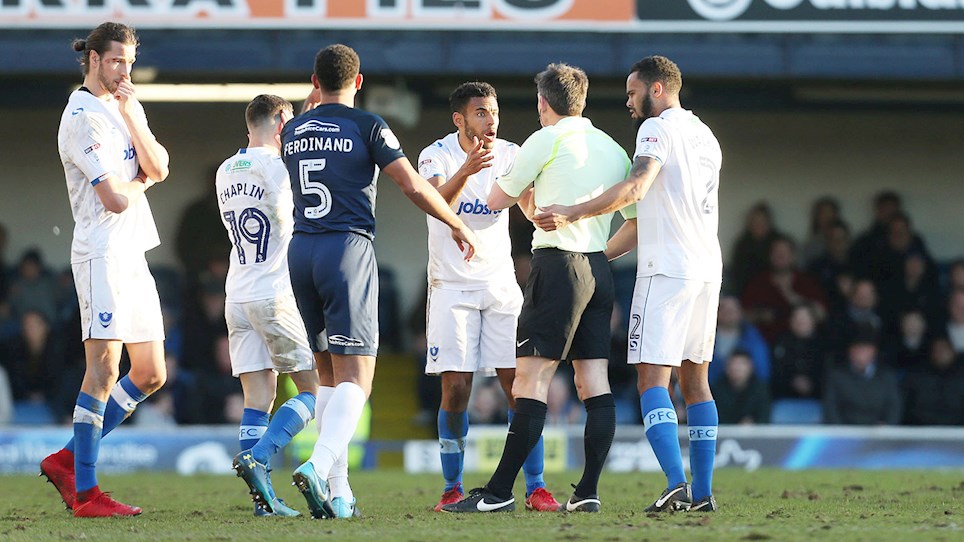 
View photos from the Blues' League One loss at Roots Hall 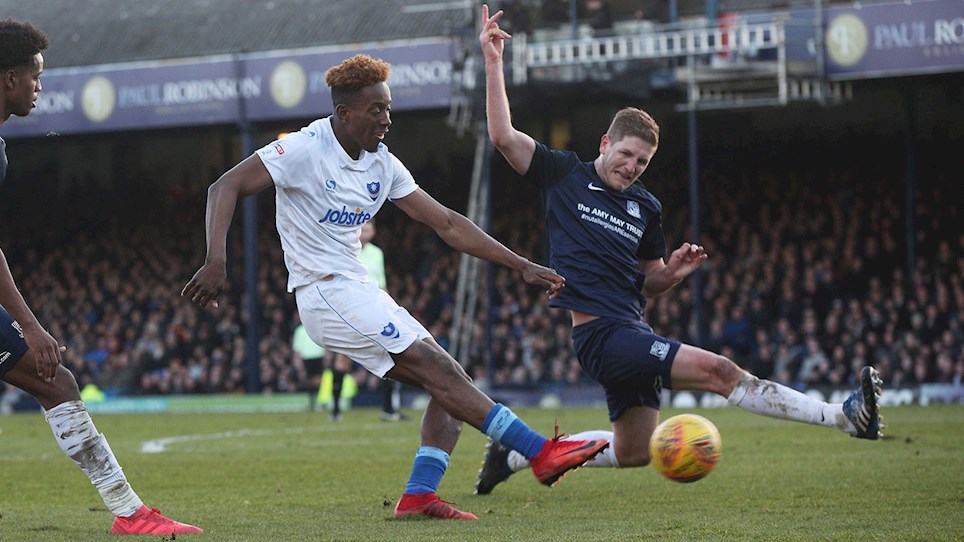 Lowe: A Mountain To Climb


Jamal Lowe believes Pompey were left with too much to do after a disastrous start at Southend. 
Those fans who travelled to Roots Hall would have been encouraged when Conor Chaplin went close to scoring in the opening seconds.

Pompey suffered a nightmare afternoon in Southend, with injuries and suspensions adding to a 3-1 defeat.

Matt Clarke’s own-goal and a Jason Demetriou strike saw the hosts roar into an early lead at Roots Hall.

Gareth Evans reduced the deficit before the break, only to pick up a knock and have to be withdrawn.

Hopes of a comeback were then dashed in the second half, as Nathan Thompson was sent off before Brett Pitman also limped down the tunnel and Demetriou added a third for the Shrimpers.

Kenny Jackett stuck with the same side that were narrowly beaten by Blackburn on home soil earlier in the week.

And it looked to be a good decision as the visitors came flying out of the traps in the warm Essex sunshine.

They should have broken the deadlock when Evans fed Conor Chaplin in the box, but the striker could only fire narrowly past the post.

Instead it was Southend who took the lead against the run of play – and thanks to a large slice of fortune – on six minutes.

Anton Walkes was caught in possession by Shayon Harrison and when Clarke tried to nick the ball from him, he could only succeed in burying the ball into the net.

That saw the confidence levels switch, with Southend unsurprisingly lifted and the Blues looking stunned.

The hosts soon capitalised on that by doubling their advantage, as Demetriou collected a pass from Stephen McLaughlin and lashed the ball home.

It failed to dampen the spirits of the travelling fans packed into the North Stand, who kept backing their side.

But they were not given much reward, as Pompey struggled to find any kind of fluency going forward.

They managed to reduce the deficit on 36 minutes, however, thanks to good work from Jamal Lowe on the right.

He sent in a teasing cross and Pitman was able to turn it back into the centre, where EVANS was waiting to bundle the ball over the line.

Unfortunately, the winger got injured in the process of scoring and limped off to be replaced by Connor Ronan.

There might have been a leveller in stoppage-time, but Pitman could not quite get on the end of another dangerous delivery from Lowe.

It was Southend who had the final say of the first half, though, and Freddie Lapado should have done better than divert a free header straight at McGee.

Chaplin had a speculative strike that only narrowly missed the target just after the action got back underway.

A Southend break then looked concerning for the Blues, only for McLaughlin to over-hit a pass and the danger to subside.

Lowe was looking lively at the other end of the pitch, but was unable to find the net from an acute angle after leaving his marker on the turf.

It was the visitors now looking the more ambitious side, although they were struggling to test Mark Oxley in the Shrimpers goal.

But Pompey’s task was made much tougher when Thompson caught Ben Coker with a late challenge on 64 minutes and was shown a straight red card by referee Lee Probert.

It almost – and really should have – got worse for them, as Harrison glanced Michael Timlin’s cross wide from a few yards out.

More bad news was just around the corner, though, with Pitman limping off to be replaced by Oli Hawkins.

But the keeper redeemed himself with a superb save using his legs from Simon Cox’s ferocious follow-up.

Lowe was looking the biggest threat for the Blues and after twisting his way into space on the right, the winger’s cross somehow evaded everyone as it flew out of play.

Southend wrapped up the points on 84 minutes, however, as Demetriou collected a pass from Yearwood and rolled the ball home.


View photos from the Blues' League One loss at Roots Hall

Lowe: A Mountain To Climb


Jamal Lowe believes Pompey were left with too much to do after a disastrous start at Southend.


Those fans who travelled to Roots Hall would have been encouraged when Conor Chaplin went close to scoring in the opening seconds.

Tickets are still available for Pompey’s match at Southend on Saturday.

Blues fans have already snapped up more than 1,800 seats for the League One contest, with about 150 remaining.

These must be bought in advance, as no tickets will be sold at Roots Hall on the day of the game.

They can be purchased online here, by calling 0345 646 1898 or in person from the Frogmore Road ticket office until 4pm on Friday.*

Wheelchair/ambulant tickets are priced at £14 for adults and at the above rates for other age groups. This includes a carer if on the highest rate of DLA or PIP.

*Tickets bought online/over the phone can be collected from Pompey’s ticket office until 4pm on Friday or from the collection point near the Roots Hall away end on the day of the game.

Southend (A): Tickets On General Sale


Tickets for Pompey's visit to Southend are now on general sale


Tickets for Pompey’s visit to Southend go on sale next week.