The build-up to the new season continues at Westleigh Park on Saturday.

Players have been back in training for more than a week now and already have a 3-0 victory over Salisbury under their belts.

Now Kenny Jackett is looking for his squad to continue moving through the gears against the Hawks.

The Blues boss said: “We played everyone for 45 minutes last week, but there will be fewer changes this time – and from now on.

“Where necessary, the focus is going to be on players getting 90 minutes. It’s all about making sure that when that Rochdale game comes around, we’re ready for it.

“Just playing games or just training isn’t enough – you need both. You’re preparing yourself for the games and having plans for when you’re in and out of possession.

"Where necessary, the focus is going to be on players getting 90 minutes."

“Having the opportunity to work with them during the week is good because it gives me the chance to impose my style and enhance the many strengths that they have.

“We’ve mainly been concentrating on ball work in training, but it’s been tough with double sessions.

“The facilities are great and we give the players a couple of hours off in the middle of the day before starting again in the afternoon.

“It’s a new challenge at a different level this season – but it’s one that we’re all looking forward to.”

Former Pompey players Wes Fogden and Matt Tubbs could feature for the Hawks on Saturday. 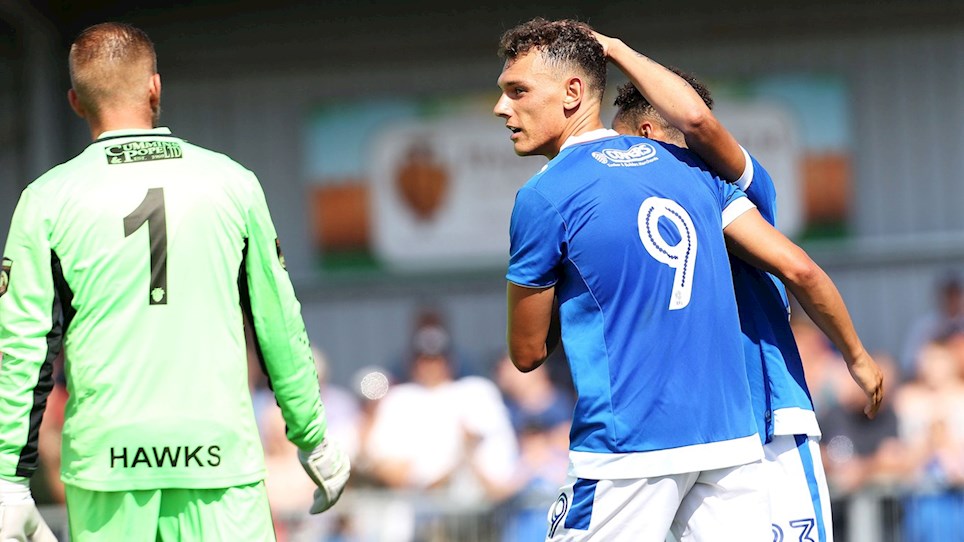 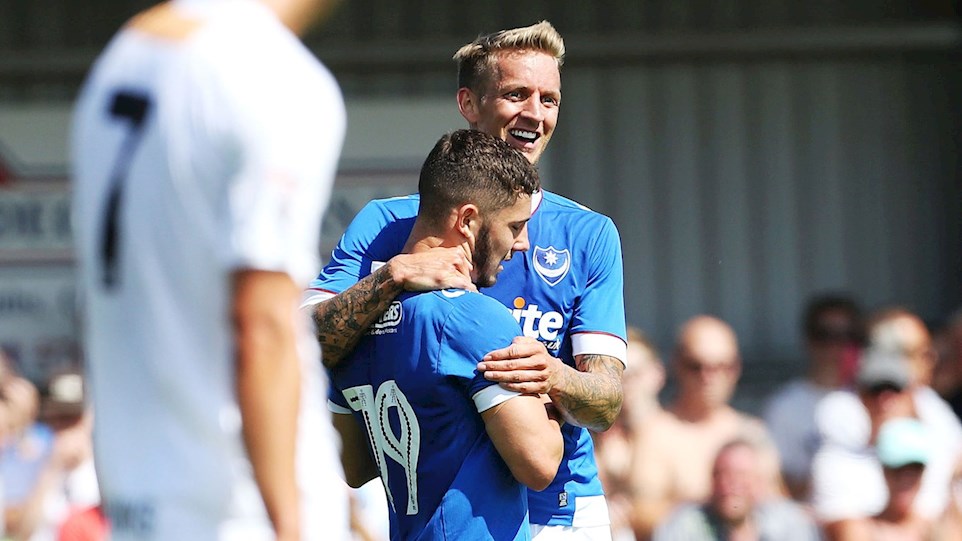 Conor Chaplin hit a hat-trick as Pompey continued their prolific pre-season form with a 6-0 thrashing of Havant & Waterlooville.

The rout began with a Lee Molyneaux own-goal, while the striker then ran riot with a treble before the interval.

He also teed-up Kal Naismith to add to the advantage early in the second half, while Curits Main wrapped things up from the penalty spot.

Tareiq Holmes-Dennis made his first appearance in a Pompey shirt following his loan signing from Huddersfield earlier in the week.

The hosts named former Fratton midfielder Wes Fogden in their starting line-up, but Matt Tubbs missed out with an injury.

It was a hot and sunny afternoon at Westleigh Park, but that did not stop the first half from being played at a hectic pace.

And it was the visitors who unsurprisingly looked the more threatening side throughout the opening 45 minutes.

They had already gone close on a couple of occasions when Kyle Bennett fired against the crossbar following some fine build-up play between Chaplin and Holmes-Dennis.

The woodwork came to the Hawks’ rescue again soon after, with Bennett this time having a shot deflected against the post.

There was a blow for Kenny Jackett’s side in between those chances, however, as Matt Clarke limped off the pitch injured.

But the breakthrough did finally arrive – albeit in somewhat farcical fashion – on 26 minutes.

Naismith’s corner caused havoc in the box and the ball eventually ricocheted off the unfortunate Molyneaux and into the net.

That was the signal for the floodgates to open and Pompey doubled their advantage just a few moments later.

Holmes-Dennis swung a delightful cross into the area from wide on the left and CHAPLIN was left with a simple finish at the far post.

The Hawks then had their best chance of the half with a quick counter-attack, but Alex Bass surged from his line to brilliantly deny Alfie Rutherford.

Pompey were not quite so profligate and CHAPLIN bagged his second of the afternoon on 39 minutes, collecting a ball down the line and cutting inside before smashing home a shot.

And CHAPLIN completed his hat-trick in stoppage-time with a first time finish into the bottom corner after being teed-up by Naismith.

Pompey did not sit on their lead at the start of the second half and Chaplin was once again involved in their fifth goal.

The diminutive striker sent a dangerous low ball into the box from wide on the left, leaving NAISMITH with a simple tap-in.

A flurry of substitutes soon disrupted the flow, however, with Chaplin among those taking a well-earned rest.

But it was one of the players who came on that managed to add a sixth goal for the Blues on 76 minutes.

MAIN barged his way into the box and drew a foul from Alfie Whittingham, then picked himself up to slam home from the spot.

The visitors continued to threaten and Nicke Kabamba was inches away from connecting with Drew Talbot’s cross.

Milan Lalkovic then embarked on a mazy run through the Hawks defence before being denied by a fine save from substitute keeper Alan Walker-Harris.

But Lee Bradbury's Hawks managed to see the remaining moments out to limit the damage in front of a healthy Westleigh Park crowd.