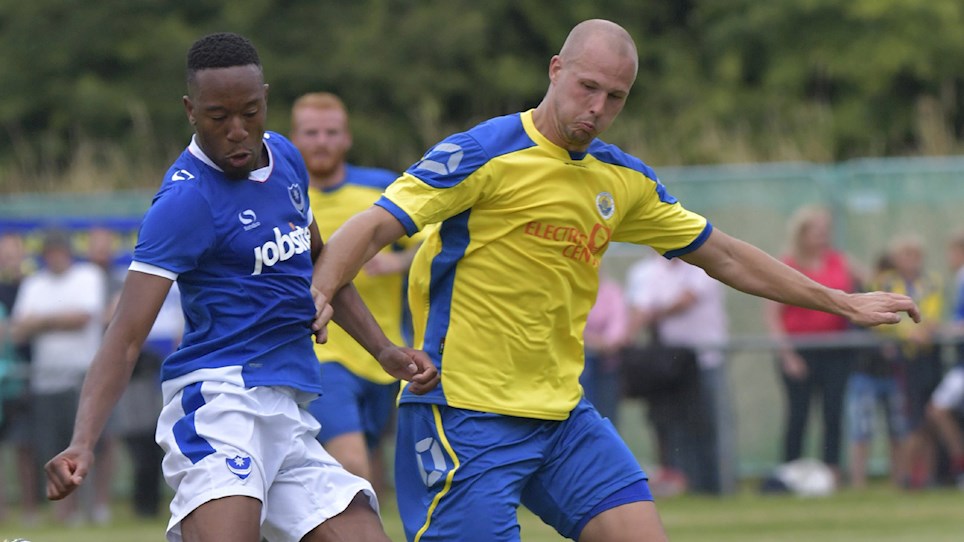 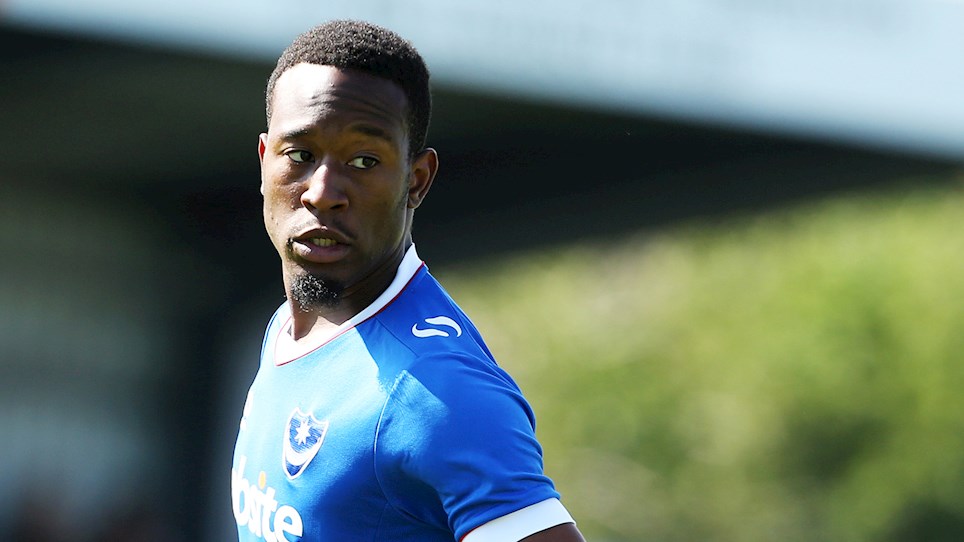 
Striker delighted with goal-fest at Newport Milan Lalkovic and Jamal Lowe had already given the visitors a convincing lead when the striker struck three times in seven minutes either side of the interval.

Lowe then completed his brace before two more from Kabamba wrapped up a productive evening on the Isle of Wight.

Pompey started brightly and Lowe’s angled drive was deflected into the side netting, while academy defender Matt Casey headed over from the resulting corner.

A curling free-kick from Lalkovic was then saved by Newport’s barrel-chested keeper Gary Streeter following a foul on Ben Close.

So it came as no surprise when the deadlock was broken on 16 minutes, as LALKOVIC cut inside from the left and drilled the ball into the bottom corner.

Curtis Main should really have doubled the advantage, but could not connect with Jack Whatmough’s downwards header from just a few yards out.

The hosts had their best chance on 31 minutes when, after winning a series of corners, Scott Sampson’s header had to be tipped over by Alex Bass.

But the Blues soon strengthened their advantage, with LOWE on hand to roll home after Lalkovic’s shot had struck both post and keeper.

Close and Main both had efforts saved by Streeter, while Lowe was unlucky to see his strike hit the crossbar.

KABAMBA did find the target on 39 minutes, though, spinning and rifling into the net after Close had been gifted the ball by Oliver Wilson.

And KABAMBA added a fourth Pompey goal just before the break with a fierce finish from just inside the box.

KABAMBA continued where he left off at the end of the first half, completing a seven-minute hat-trick by slamming home after being picked out by Lowe.

It was LOWE who then grabbed the sixth of the evening moments later, turning the home defence inside out before slotting past Streeter.

There was a double switch just before the hour mark, with Jez Bedford and Casey making way for Christian Oxlade-Chamberlain and Theo Widdrington.

Pompey were still on top, although the sting was definitely being taken out of the encounter as the second half progressed.

That did not mean the scoring had ended, though, and KABAMBA met Lowe’s corner to head in his fourth goal of the evening on 66 minutes.

Newport swapped their goalkeepers soon after that, replacing Streeter with Jamie Lingington – the son of the referee!

And he was also picking the ball out of his net when – who else but – KABAMBA converted a corner from Lalkovic.

Fans were starting to wonder whether Pompey would hit double figures, but they did not seem too disappointed at having to settle for eight unanswered goals.


Striker delighted with goal-fest at Newport