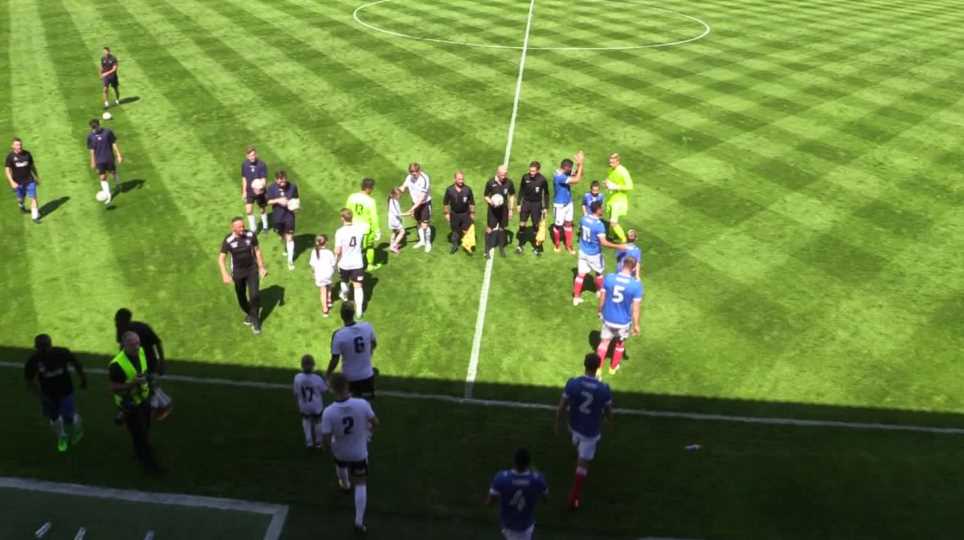 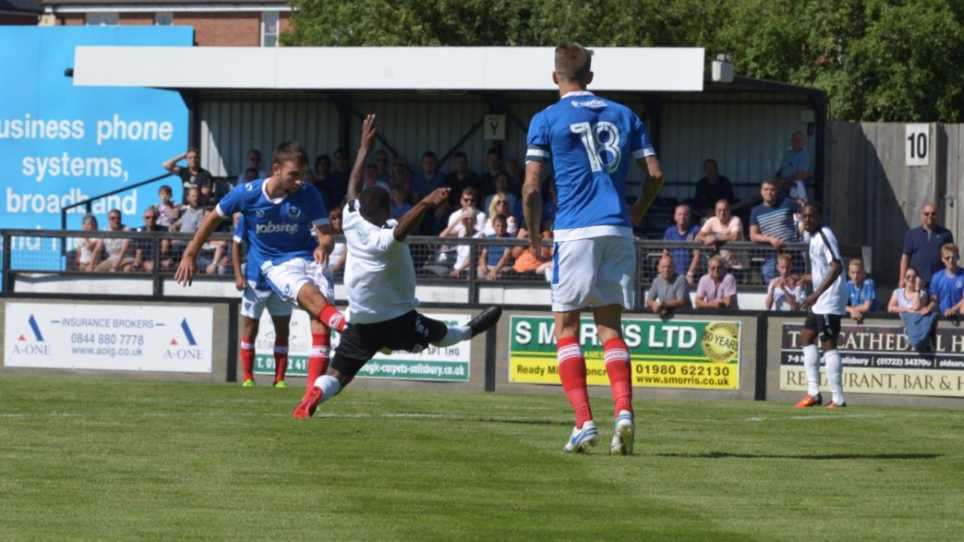 Lalkovic, Davies and Close on target in Jackett's first game

Pompey got pre-season off to a winning start thanks to three second half strikes against Salisbury.

They dominated the opening 45 minutes at the Raymond McEnhill Stadium without managing to find a breakthrough.

But substitutes Milan Lalkovic, Tom Davies and Ben Close all found the net after the break to get Kenny Jackett’s reign as Blues boss off to a decent opening.

Salisbury manager – and former Pompey player and boss – Steve Claridge came out of retirement to lead the line for the hosts at the age of 51.

However, it was the Blues who, unsurprisingly, looked the more dangerous side and Burgess headed narrowly wide from Gary Roberts’ corner in the opening stages.

The hosts then had to scramble clear when the same duo combined well again just a few moments later.

Adam May wasted a decent opportunity by volleying wildly past the post after Kal Naismith had laid the ball off for him.

But it was Kyle Bennett looking the biggest threat for the Blues, with an array of tricks and flicks to open up the Salisbury defence.

The League One side were just missing a finishing touch – understandable considering they had only returned to training a couple of days earlier.

There was not much for former Salisbury loanee Alex Bass to deal with at the other end, although the keeper kept out a looping header from Lewis Benson on 20 minutes.

Most of the action was taking place at the other end, however, and Naismith tested the handling of Whites stopper Charlie Searle with a clean strike.

But the Blues were unable to find an opener under the warm Wiltshire sunshine and the sides went in level at the break.

Pompey started the second half with a completely new side and soon set about trying to open the scoring.

Curtis Main drew a regulation save from Searle, while Theo Widdrington fired over from 30 yards when a pass looked the better option.

But the Blues were ahead on 57 minutes when Curtis Main fed LALKOVIC, who drew the keeper from his line and neatly slotted into the net.

Nicke Kabamba almost doubled the advantage just before the hour mark, with a fierce effort from the right that looped narrowly over the bar.

But a second goal did arrive from the resulting corner, as DAVIES rose highest to convert Carl Baker’s delivery.

And the result was put beyond on doubt on 75 minutes when CLOSE hit a ferocious effort that cannoned in off the underside of the bar.

Pompey kept pushing forward in the closing stages, but the game drifted towards its conclusion without anyone able to add to the scoring.

Tickets are on sale for Pompey’s friendly matches at both Salisbury and Newport.

Kenny Jackett’s side open their pre-season campaign at the Raymond McEnhill Stadium on Saturday (3pm kick-off).

Salisbury are selling tickets online here or fans can alternatively pay at the turnstiles on the day of the game.

Supporters wishing to sit will pay a £1 stand transfer on the day, with seats allocated on a first come, first served basis.

Please note that the Salisbury game will consist of two 45-minute halves and not three 30-minute periods as initially stated.

A Pompey XI will visit St George’s Park to face Newport (IW) on Tuesday, July 18 (7pm kick-off) and, with a large crowd expected, fans are advised to buy tickets in advance.

Tickets can be bought directly from Newport – click here for more details.

Subject to availability, tickets will be on sale at the St George’s Park club shop on the evening of the game.

Please note that the Pompey ticket office will not be selling tickets for either of these matches.