Pompey bring the curtain down on the 2017/18 campaign by welcoming Peterborough to the sunny south coast (5.30pm kick-off).

And it is fair to say that both sets of supporters will perhaps be wondering what might have been as they take to their seats.

It looked at one point like this evening’s contest could be a ‘winner takes all’ clash in the race for the play-offs.

But with both sides enduring a poor past few weeks, it has now become the rather more underwhelming ‘battle for eighth place’.

Three points for the Blues would see them finish in that position – a credible achievement for their first season back in League One. However, defeat could see them end up as low as 12th.

Their opponents are certainly an attacking threat, with only three sides in this division scoring more goals than the Posh this term.

A lot of that is down to the prolific form of Jack Marriott, whose 27 strikes (33 in all competitions) will surely deny Brett Pitman the Golden Boot.

Pompey were beaten 2-1 at London Road back in November, but won the last meeting at Fratton Park, with Miles Storey’s early goal settling a League Cup tie in August 2014.

TEAM NEWS
Alex Bass is a doubt with an ankle injury, although it failed to prevent him sitting on the bench at Bury last week.

The visitors have Junior Morias, Alex Penny and Ryan Tafazolli all out, but Marcus Maddison came through last week’s game against Fleetwood unscathed following a spell on the sidelines.

TICKETS
There are only a limited number of tickets remaining for this evening’s game. Click here to secure your seat.

FINAL DAY
As is the tradition for the final match of a season, several awards will be presented on the side of the pitch before kick-off.

Several supporter clubs will be handing out their Player of the Season prizes, before the latest recipient of The News/Sports Mail trophy is announced.

This is due to start from approximately 5pm, so please make sure you are in your seats by this point.

Then, just before kick-off, there will be a minute of applause to remember all those Pompey supporters who have sadly passed away over the course of the season.

BETTING
Pompey are the 19/20 favourites with Sky Bet to secure all three points, while the visitors can be backed at 11/4.


He sat patiently on the bench for 45 of Pompey’s League One games this season. 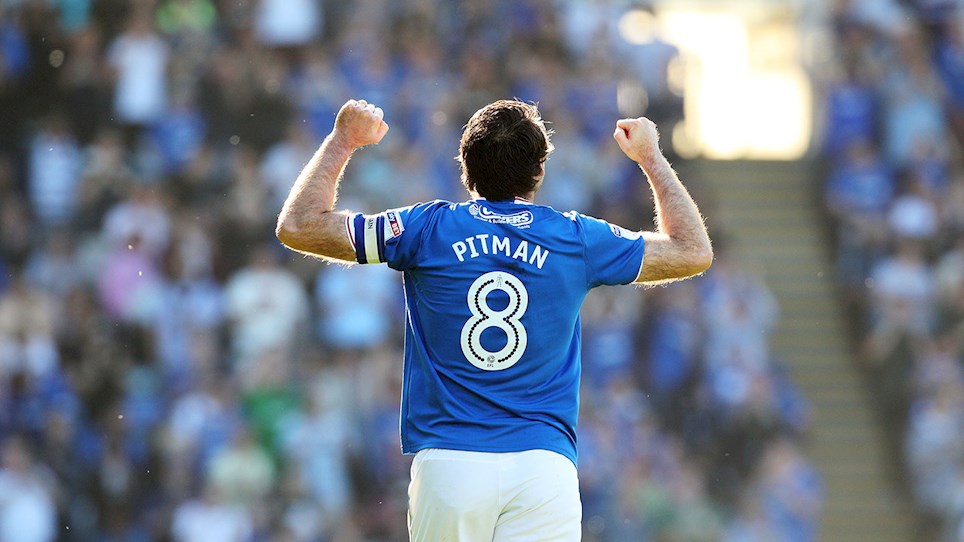 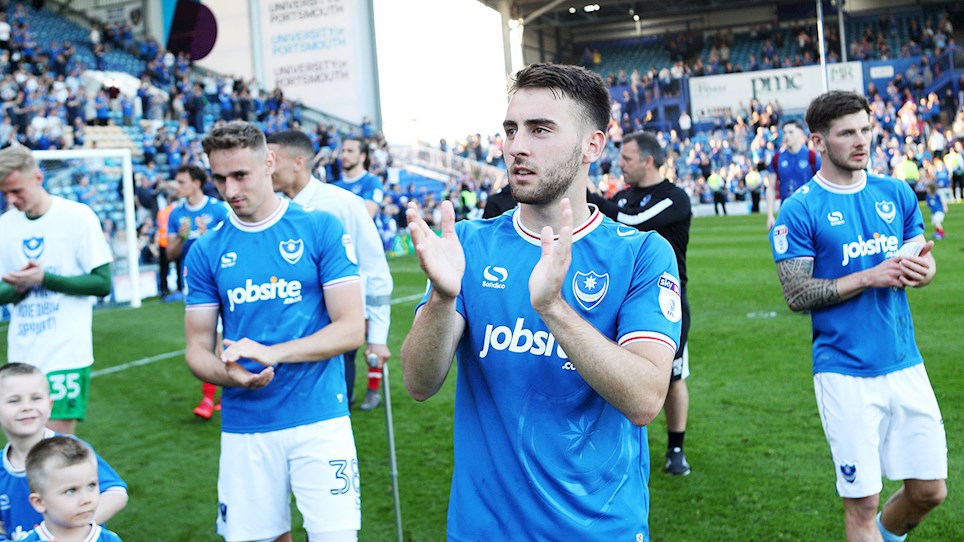 
Pompey ensured their supporters had something to smile about as they made their way home for the summer break.

Brett Pitman bagged a brace as Pompey secured a comfortable victory over Peterborough to finish eighth in League One.

They both arrived in an electric spell of first half football that belied the game’s status as an end of season dead rubber.

The prolific striker also missed a great chance to claim his first Blues hat-trick, while the fare on offer after the interval was significantly more forgettable.

Kenny Jackett made four changes from the side beaten at Bury the previous week.

The most notable incoming was Alex Bass, with the academy graduate handed his league debut between the sticks.

There were also starts for Brandon Haunstrup, Gareth Evans and Kal Naismith, with Luke McGee, Dion Donohue, Connor Ronan and Oli Hawkins all dropping to the bench.

Matt Clarke had plenty of reason to celebrate before kick-off, as he picked up The News/Sports Mail Player of the Season award – one of a host of trophies dished out.

And he was up for a Gareth Evans corner on 13 minutes, only for PITMAN to get there first and head Pompey into the lead.

It was a quiet evening for Bass in the south coast sunshine, although he did well to come from his line and dive at the feet of Idris Kanu.

Most of the action was taking place at the other end of the pitch, however, and it came as no surprise when the advantage was doubled on 25 minutes.

An angled drive from Jamal Lowe may well have been heading for net anyway, but PITMAN made sure by tapping the ball into the net from a yard out.

He really should have completed his treble before the break following some fine attacking play from Clarke.

The defender charged forward from the back and accepted a return pass from Haunstrup before back-heeling the ball into the path of Pitman, who blazed over from close range.

And the skipper went close again late in the half, with Jonathan Bond at full stretch to push clear his swerving strike.

If the first half made you long for the season to continue, then the second would have had you booking your summer holiday.

There were certainly no notable opportunities to speak of in a period of football that was played at a pedestrian pace.

Evans dragged a long-range shot at one end, while Bass made a comfortable save at the other when Clarke’s block took the sting from Danny Lloyd’s effort.

Fratton Park was briefly livened when Lowe went down in the box, but referee John Busby waved away his appeals.

There were also a couple more half-chances for Pitman, but nothing that ever looked like increasing his impressive tally.

Matty Kennedy replaced Naismith for the closing stages, with the outgoing players receiving warm applause as he vacated the pitch.

The game then continued to meander towards its conclusion, as players and fans alike seemed happy to bask in the sunshine.

The whistle then blew to signal the end of Pompey’s first season back in the third tier and a final position they can certainly be satisfied with.


He sat patiently on the bench for 45 of Pompey’s League One games this season.


Pompey ensured their supporters had something to smile about as they made their way home for the summer break.

More tickets have been made available for Pompey’s final home game of the 2017/18 campaign.

Around 500 seats can now be bought in the Milton End for the Fratton Park contest against Peterborough on Saturday, May 5 (5.30pm kick-off).

They can be purchased online here, by calling 0345 646 1898 or in person from the Frogmore Road ticket office (open between 10am and 5pm from Monday to Friday).

Seats are also still available for the Blues’ match at Bury this weekend. Click here for more details.