Pompey take a break from league action when they travel to Luton in the first round of the Emirates FA Cup on Saturday.

It will be the first time the sides have met in this competition since the Hatters triumphed in a quarter-final clash in 1988.

The Blues have yet to triumph over their opponents in the FA Cup, also crashing out in 1922 – following a replay – and 1951.

Both fell at the first hurdle last term, with Luton losing at Exter, while Pompey were beaten at home by Wycombe.

But a 3-0 loss ended a run of nine matches without defeat and saw them drop down to third spot, behind Notts County and Accrington.

Pompey won both of last season’s contests, as an impressive 3-1 triumph in Bedfordshire was followed by a 1-0 victory on the south coast.

It is progress rather than points up for grabs on Saturday, however, as Kenny Jackett’s side try to get past an FA Cup bogey side.

TEAM NEWS
Adam May and Curtis Main have both returned to training, although Saturday’s game will likely come too soon for the latter.

Oliver Hawkins (ankle) is a doubt, while Damien McCrory (knee) and Jack Whatmough (knee) are both still sidelined.

Glen Rea is suspended for the hosts, who will also be without Alan McCormack (groin) and Johnny Mullins (ankle).

VIEW FROM THE DRESSING ROOM
Read what Kenny Jackett and Christian Burgess have to say about the game or register for a free iFollow account to watch the below videos.

TICKETS
Fans can secure tickets by ringing Luton directly on 01582 416976 between 9am and 12pm on Saturday.

MATCH COVERAGE
iFollow subscribers can listen to live commentary of Saturday’s game by signing into their account and visiting the match centre.

Please note that overseas subscribers will not be able to watch this match live due to FA Cup broadcasting restrictions.

However, the game has been selected for live overseas television coverage, so fans should check local listings to see if it is being shown in their region. 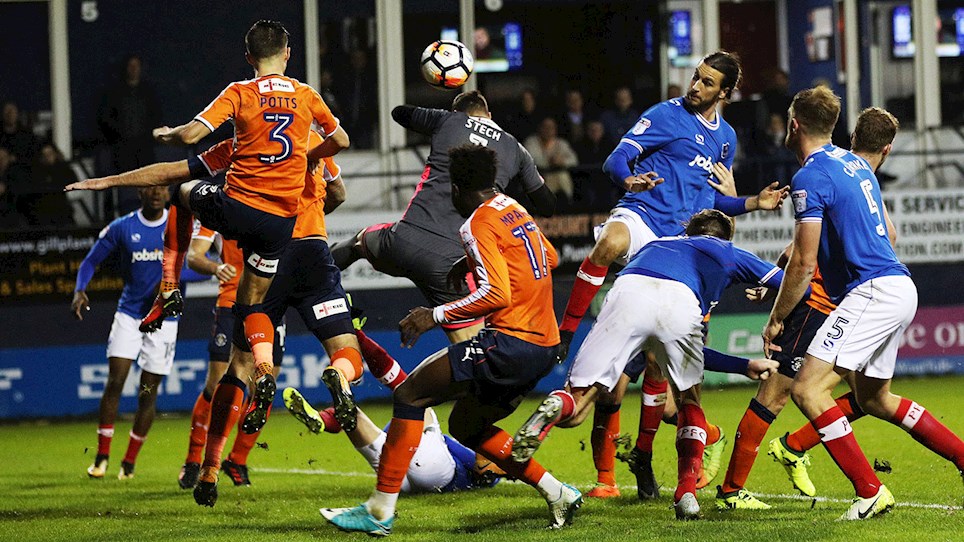 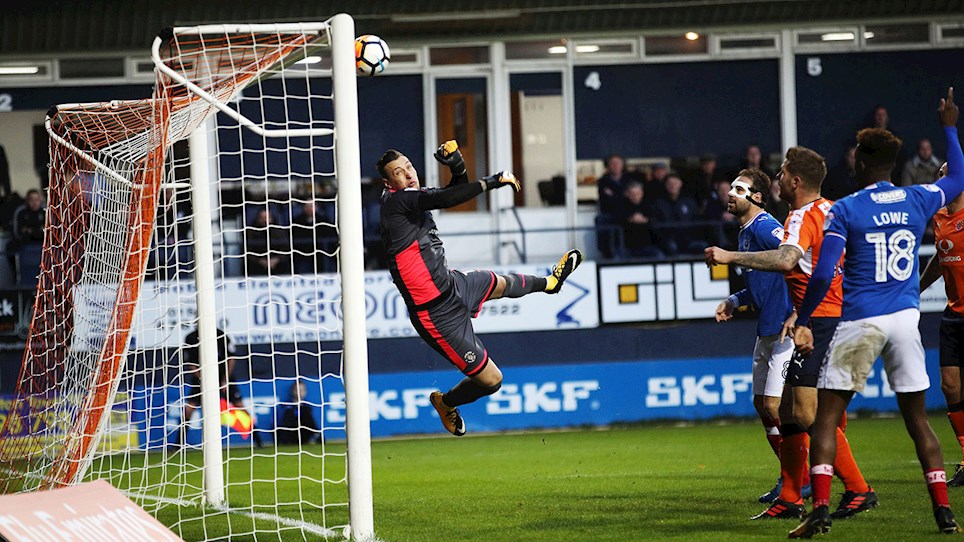 
View the photos from Pompey's cup loss at Luton 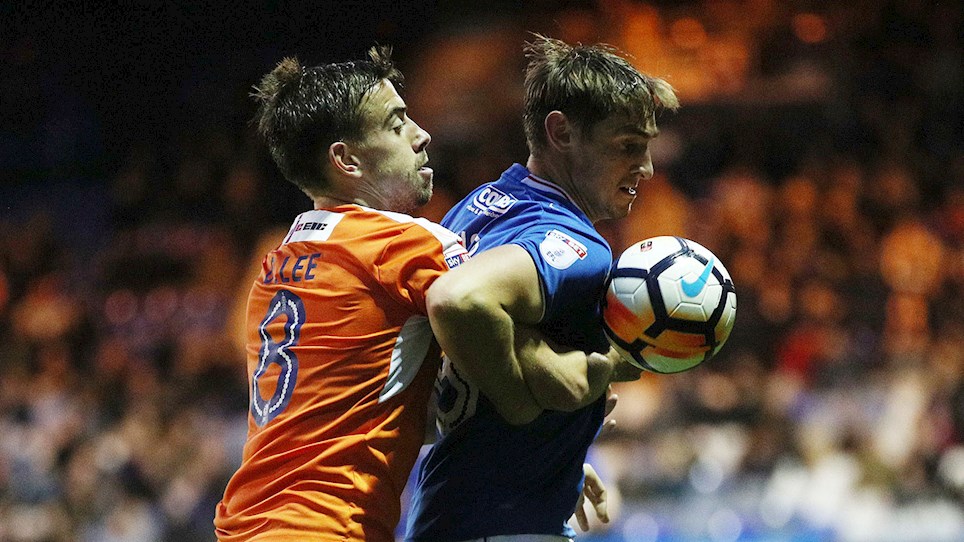 Jackett: Make Your Own Luck


In many ways it was a classic FA Cup tie.

Pompey fell at the first hurdle in the Emirates FA Cup after a narrow defeat to high-flying League Two side Luton at Kenilworth Road.

James Collins grabbed the only goal of the tie right at the end of a first half that the hosts just about shaded.

But the Blues were much better after the break and were unfortunate not draw level on a number of occasions before Nathan Thompson’s late dismissal.

Kenny Jackett made two changes from the side that were beaten by Bradford in the league the previous week.

Kyle Bennett and Dion Donohue both dropped to the bench, with Oliver Hawkins and Brandon Haunstrup restored to the starting line-up.

The first half was a niggly affair, with plenty of fouls to break up the play and little in the way of goalmouth action.

Thompson was shown a yellow card for a late challenge on Alan Sheehan, while the reaction of Collins saw him join the defender in the book.

It was the hosts who were first to threaten when Christian Burgess conceded a foul on the left, but Sheehan’s free-kick was just too high for Collins.

Brett Pitman – still wearing a mask to protect his recently broken nose – had a fierce attempt at the other end and Hatters keeper Marek Stech did well to tip it over the bar.

Stuart O’Keefe then fed Ben Close in the box, with Pelly-Ruddock Mpanzu coming across to make a vital block.

The Luton midfielder was not quite so assured in attack, though, and his tame effort was comfortably held by Luke McGee.

There was a scare when Andrew Shinnie disappeared into the visiting fans after straining to meet a cross on 34 minutes and a sigh of relief when he emerged unscathed.

Hylton then failed to make the most of a decent opportunity by guiding Shinnie’s delivery straight at McGee.

But the hosts did break the deadlock in stoppage-time, as Hylton teed-up Collins to lash a shot into the net.

Pompey fans were fuming just after the restart when Jamal Lowe went to ground right in front of them and Seb Stockbridge declined to give a penalty.

The referee then rubbed salt into the wound by deciding the winger had dived and brandishing a yellow card.

Luton thought they had doubled their advantage when Hylton tapped home Jack Stacey’s low cross at the far post, but the linesman had his flag raised for offside.

Luke Berry then drew a smart stop from McGee, with the ball looping up into the air and landing on the crossbar.

But the woodwork soon came to the Hatters’ rescue, as Stech managed to divert Matt Clarke’s looping header against the bar.

Pompey were suddenly looking dangerous with every attack and when Lowe met Matty Kennedy’s cut-back, his shot had to be hacked from the line by Sheehan.

Pitman then met a long ball forward by Burgess, forcing Stech into action to make a save at his near post.

That was the last bit of action for the Blues skipper, though, as he and Kennedy made way for Conor Chaplin and Bennett just past the hour mark.

And Luton almost caught their opponents out when Haunstrup was caught dithering, only for Shinnie to fire wide with only McGee to beat.

It was the visitors more eager to get forward, however, and when Stech kept out Close’s drilled effort, Chaplin fired the loose ball over.

Pompey were desperately throwing men forward in search of a leveller, only to come up against solid Hatters resistance.

And their task was made even harder when Thompson was dismissed for a second bookable offence following a foul on Collins down the left.

Luton almost wrapped things up on the break, with Olly Lee not quite able to send his shot over McGee.

But the Blues were not prepared to just sit back and only a fine save from Stech stopped Close from finding the bottom corner to secure a replay.


View the photos from Pompey's cup loss at Luton

Jackett: Make Your Own Luck


In many ways it was a classic FA Cup tie.

Seats for the first round tie at Kenilworth Road are no long available to purchase directly from Pompey.

Any supporters needing to collect tickets can do so from the Oak Road turnstiles. 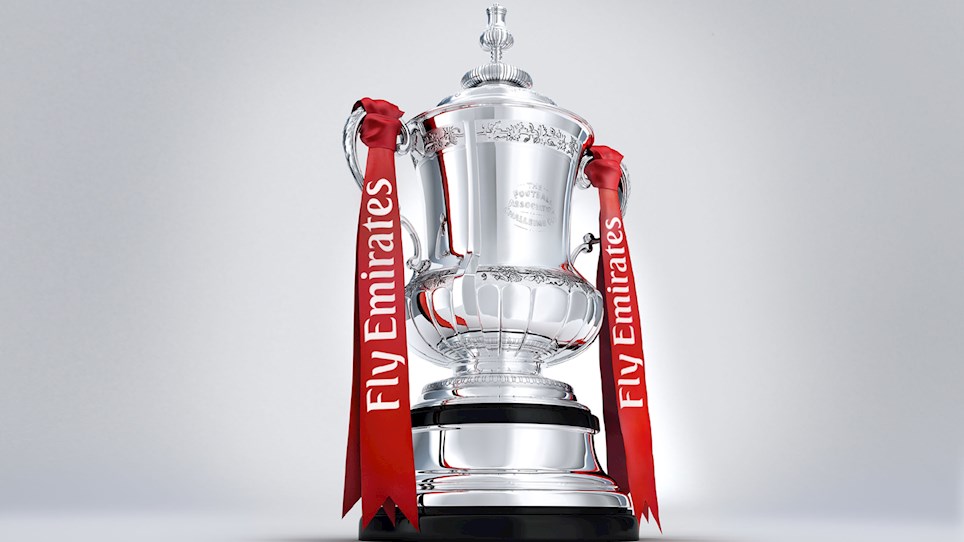