Pompey’s final scheduled midweek away fixture of the season sees them make the trip to London Road to face Peterborough.

The sides are closely matched in the table, with the Blues a single place and point above their 11th-placed hosts.

Grant McCann’s Posh outfit came roaring out of the traps at the start of the season, winning their opening four League One fixtures.

Victories have not arrived quite so frequently since, however, with just three to celebrate since the start of September.

But there has been some success in other competitions, with progress to the knockout stages of the Checkatrade Trophy and a 5-0 rout of Tranmere setting up a game at Woking in the FA Cup.

United fans will now be searching for some progress from last term, when they finished 11th and were only marginally closer to the play-off spots than the drop zone.

Pompey fans can feel confident making the trip north, though, as their side have only ever been beaten once at Peterborough.

Their last visit was for a Championship clash in January 2012, with Erik Huseklepp’s brace and a Jason Pearce header securing a 3-0 triumph.

TEAM NEWS
Pompey have no new injury concerns, but are still without the injured trio of Milan Lalkovic (Achilles), Damien McCrory (knee) and Jack Whatmough (knee).

The hosts are also almost at full strength, with only Junior Morias (thigh) and Liam Shephard (groin) on the sidelines.

VIEW FROM THE DRESSING ROOM
Read what Kenny Jackett and Gareth Evans have to say about the game or register for a free iFollow account to watch the below video.

TICKETS
Seats are on sale from the cash turnstiles or ticket office at London Road tonight. Click here for a list of prices.

BETTING
Peterborough are 6/4 favourites with Sky Bet to secure all three points, while the visitors can be backed at 7/4. 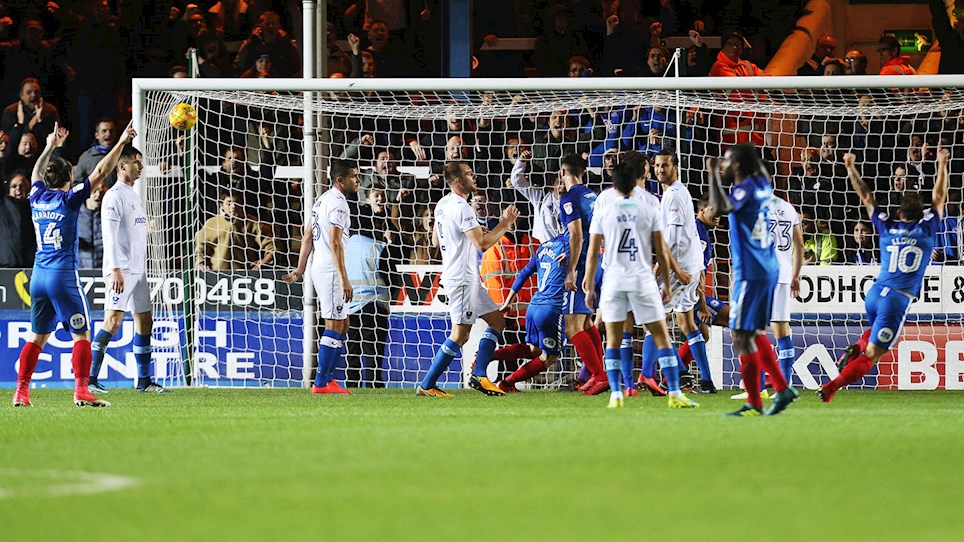 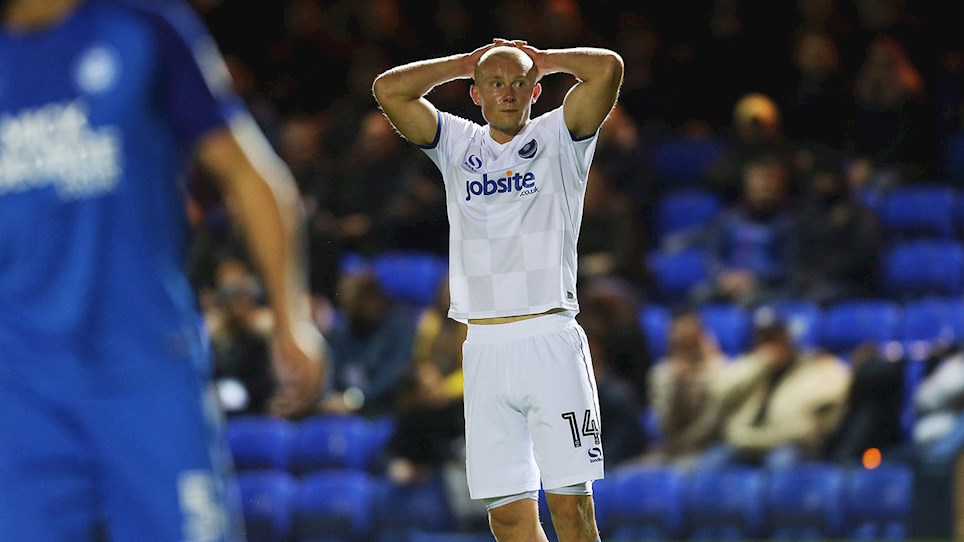 
View the photos from Pompey's League One loss


It was not the homecoming that Luke McGee was hoping for.


Pompey were certainly not over-awed against Peterborough.

Pompey’s winning run was brought to an end with a 2-1 defeat to Peterborough at London Road.

It was a fairly even contest, but a couple of fine deliveries from Marcus Maddison ultimately proved the difference.

The Posh midfielder provided the assist for Jack Marriott to open the scoring and then saw his free-kick headed into his own net by Matt Clarke.

Conor Chaplin came off the bench to pull a goal back for the Blues, but they were unable to find a leveller.

Kenny Jackett made two changes from the side that beat Southend at Fratton Park on Saturday.

Curtis Main made his second league start of the season in place of Brett Pitman, who missed out with a hamstring injury.

Matty Kennedy also returned in an attacking role wide on the left, with Kyle Bennett dropping to the bench.

But it was Jamal Lowe on the opposite flank who caused the hosts plenty of problems in the early stages.

One promising move saw him surge half the length of the pitch and whip in a cross that was met by Kal Naismith and deflected past the post.

And Naismith was then left alone at the far post to head stand-in skipper Gareth Evans’ corner back across goal, although the Posh defence were able to hack clear.

Peterborough soon began to settle, however, and dominate possession without creating too much of note.

They did go close on 18 minutes when Danny Lloyd threaded a pass through to Gwion Edwards, who lifted the ball over Luke McGee and against the crossbar.

Then, after Ben Close’s effort had been blocked, United charged straight down the other end and McGee – who along with Christian Burgess was facing his former club – palmed behind Maddison’s deflected effort.

But it was Pompey’s turn to threaten more towards the end of the first half and a fierce attempt from Main clipped the outside of the post.

There was one sensational cross-field pass from Oliver Hawkins to pick out Kennedy on the left, although the winger cross was claimed by keeper Conor O’Malley and the sides went in level at the break.

The opening to the second half was also a pretty cagey affair, with little action to get either of the goalkeepers’ gloves dirty.

Maddison’s free-kick – given for a foul on the edge of the box by Kennedy – was headed clear by Main.

The striker was then involved at the other end of the pitch, sliding in but unable to make contact with Naismith’s teasing low delivery.

Naismith soon had a chance of his own and finally forced O’Malley into a meaningful save with a powerfully-struck effort from the edge of the box.

But it was Peterborough who finally broke the deadlock just before the hour mark when Maddison sent in a low cross from the left and Marriott arrived to bundle the ball home.

Jackett responded by making his first substitution, as the hard-working Main made way for Chaplin in attack.

It was Posh looking more likely to add to the scoring, however, and Hawkins had to turn one effort just past his own post, while Steven Taylor fired narrowly over from a corner.

But they needed a helping hand to double their advantage on 70 minutes after Burgess had been booked for a foul on Maddision.

It was the midfielder who dusted himself down to take the free-kick, which was inadvertently turned into his own net by Clarke.

Chaplin almost reduced the deficit soon after, although his miskicked shot was cleared from the line by a well-placed Anthony Grant.

But CHAPLIN did find the target on 78 minutes, sliding the ball into the net after O’Malley could only parry clear Danny Rose’s effort.

There were a few nerves starting to show for Peterborough as they tried to hang on to their now slender lead.

But for all of Pompey’s attacking intent, they were unable to test O’Malley again as time ran out in the search for a point.


View the photos from Pompey's League One loss


It was not the homecoming that Luke McGee was hoping for.


Pompey were certainly not over-awed against Peterborough.

Tickets are still available for Pompey's match at Peterborough on Tuesday evening.

Blues fans have already snapped up around 800 seats for the London Road contest, which kicks-off at 7.45pm.

They can be bought online here, by calling 0345 646 1898 or in person from the Frogmore Road ticket office until 11am on Tuesday.

Supporters can also visit the cash turnstiles or main ticket office at Peterborough on the evening of the game.

Wheelchair/ambulant spaces are priced at the above rates and include a carer if on the highest rate of DLA or PIP.

Peterborough (A): Tickets On General Sale


Tickets for Pompey's league visit to Peterborough are now on general sale.


Tickets for Pompey’s visit to Peterborough go on sale next week.