Their run of poor form before then did not result in much of a tumble down the table, however, and Kenny Jackett’s side are now in 11th position.

Southend are only below them on goal difference, with both sides sitting just three points adrift of the play-off spots.

After winning their opening game of the season against Blackburn, the Shrimpers went on a terrible run and failed to win their following nine fixtures in all competitions.

But they have managed to improve since then and have yet to be beaten at Roots Hall in the league so far this term.

United’s away form is not quite so impressive, however, with just a couple of three-point hauls to show from their eight matches on the road.

There have not been regular meetings between the teams in recent years, with only four previous clashes in the past 20 years.

You have to go all the way back to 1996 for the last time the Blues triumphed, with Lee Russell grabbing the winner at Fratton Park.

But Stuart O’Keefe and Nathan Thompson are both available after serving one-match bans last weekend.

Ben Coker (leg) is missing for the visitors, but Anthony Wordsworth is expected to return from a calf problem.

VIEW FROM THE DRESSING ROOM
Read what Kenny Jackett and Stuart O’Keefe have to say about the game or register for a free iFollow account to watch the below videos.

TICKETS
Seats are on sale here, but spaces are now extremely limited.

The booths behind the Fratton End will be open from 11am on Saturday to sell tickets for future home games. Click here to find out which games are currently on sale.

Pompey’s ticket office will be open for enquiries and upgrades only, while collections can be made from main reception.

BETTING
Pompey are 10/11 favourites with Sky Bet to secure all three points, while the visitors can be backed at 3/1. 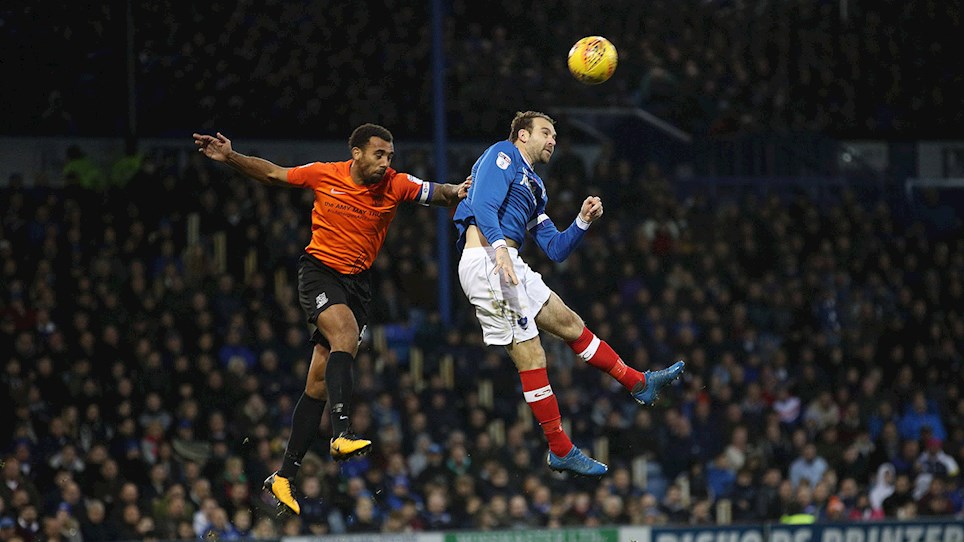 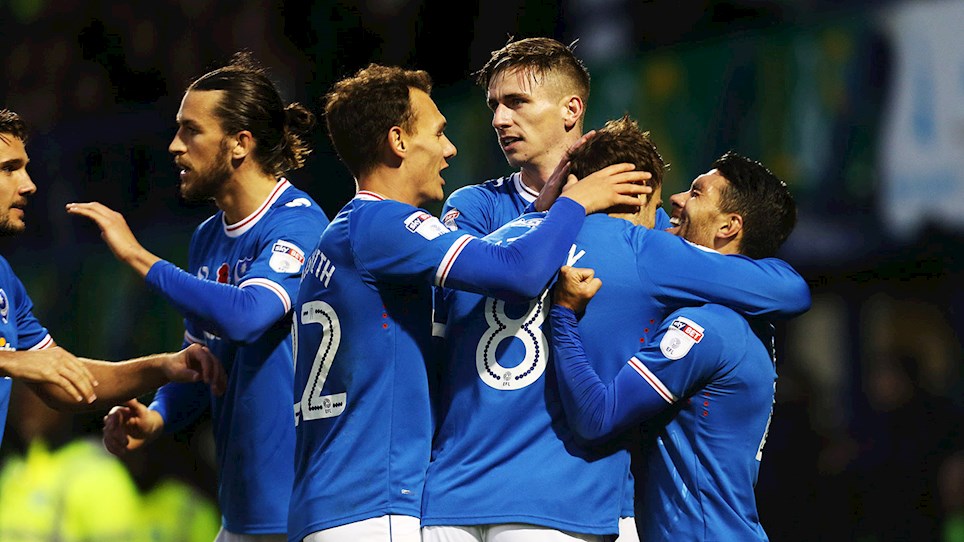 
View the photos from Pompey's victory over Southend at Fratton Park 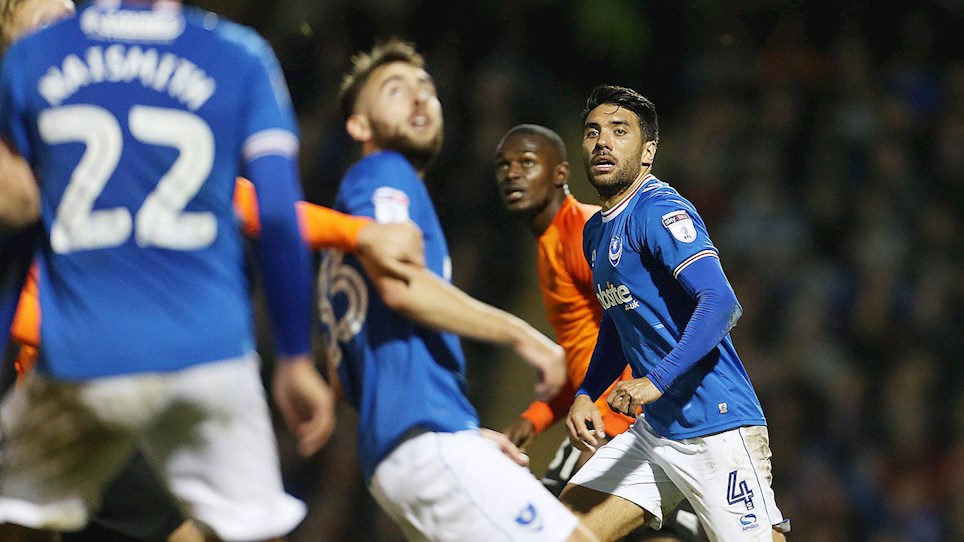 
The majority of those inside Fratton Park were cursing referee Carl Boyeson when he pointed to the spot. 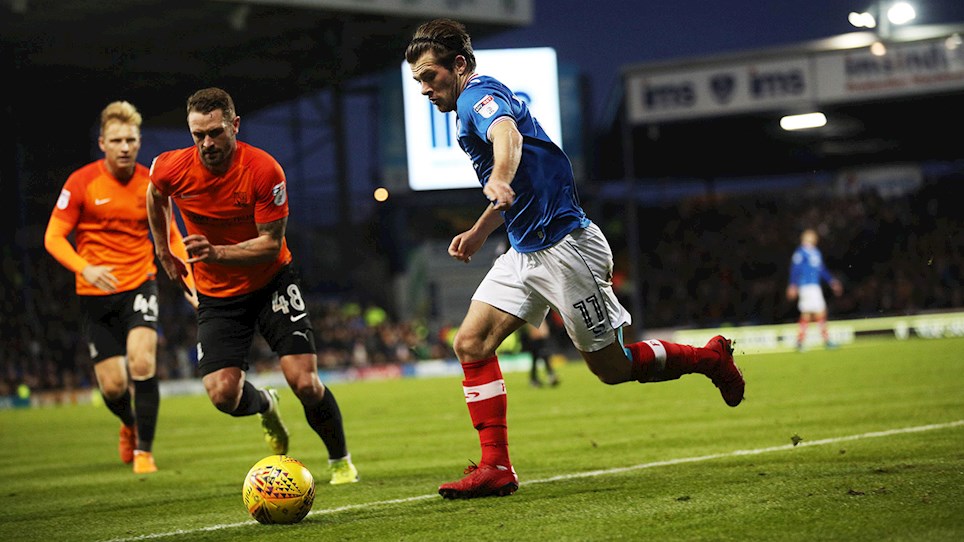 Kennedy: Straight From The Training Ground


Matty Kennedy did not have any thoughts about taking on his man and advancing towards goal.

Brett Pitman increased his impressive tally of Pompey goals by heading the winner against Southend at a packed Fratton Park.

Both sides created decent openings in a stop-start first half and Nile Ranger blazed a controversial penalty high over the bar.

Pitman was not so profligate, however, and his effort ensured the Blues claimed a second successive League One victory.

Kenny Jackett stuck with the same side that dramatically won at Blackpool the previous week.

That meant Oliver Hawkins continued to be used as a makeshift centre-back, with Matt Clarke playing on the left.

Nathan Thompson and former Shrimpers midfielder Stuart O’Keefe both had to be content with a place on the bench after returning from suspension.

With it being Pompey’s closest home match to Armistice Day, Normandy veteran John Jenkins MBE read the Ode of Remembrance before kick-off.

A bugler then played the Last Post before everyone inside Fratton Park observed a minute of silence.

The Blues came flying out of the traps and almost broke the deadlock inside the opening five minutes.

Clarke sent a superb cross into the box from wide on the left, but Pitman could not quite steer the ball on target from close range.

Anton Ferdinand then had to hack clear when a deep Ben Close free-kick was headed into the mixer by Christian Burgess.

The hosts were looking dangerous going forward and John White was forced to head behind at the far post when Jamal Lowe centred.

But Southend settled and enjoyed their own spell of pressure midway through the first half, with Luke McGee diving to keep out a snap-shot from former Pompey trialist Theo Robinson.

Kal Naismith then inadvertently diverted the resulting corner into Ranger’s path, although the striker could only fire wide.

It was a contest that offered flurries of excitement in the middle of long spells when the action lulled.

Kyle Bennett almost bagged a rare headed goal when he managed to rise highest in the box to meet Lowe’s delivery, only for Michael Turner to clear off the line.

Shrimpers keeper Mark Oxley was then forced to get down quickly in order to keep out a fierce drive from Close.

There were more half chances at both ends of the pitch before the game controversially exploded into life just before the break.

First Danny Rose and then Clarke bravely threw themselves into the path of shots to protect McGee’s goal.

But the linesman was waving his flag furiously on the sidelines and told referee Carl Boyeson that a hand had been used by Clarke.

The hosts were furious with the decision and Burgess led the protests – backed, of course, by the Fratton faithful.

But it mattered not, as the wasteful Ranger stepped up to take the penalty and blasted it high over the bar.

Bennett did not emerge from the tunnel at the start of the second half, with Matty Kennedy brought on to replace him.

And it was the newcomer who provided the assist as Pompey broke the deadlock on 54 minutes.

He used his right foot to deliver a pin-point cross from wide on the left and PITMAN rose to expertly guide the ball into the net.

Fratton Park was then united in a minute of applause just before the hour mark to honour Blues fan Gary Martin, who recently passed away at the age of 58.

Pitman’s 12th goal of the season had been the only real moment of action in an otherwise slow start to the second half.

But a quiet spell ended when Cox’s shot was blocked by a well-placed Hawkins, with Gareth Evans getting the ball to safety.

Pompey were still looking a threat at other end, although Kennedy’s shot was not powerful enough to trouble Oxley.

Lowe then played a poor pass behind Pitman after being picked out on the right by Naismith’s threaded pass.

Southend tried their best to find an equaliser as they brought more men forward in the closing stages, but the Blues comfortably held on for victory.


View the photos from Pompey's victory over Southend at Fratton Park


The majority of those inside Fratton Park were cursing referee Carl Boyeson when he pointed to the spot.

Kennedy: Straight From The Training Ground


Matty Kennedy did not have any thoughts about taking on his man and advancing towards goal.