Pompey are looking to avoid racking up successive league defeats for the first time this season when they travel to Blackburn on Saturday.

Kenny Jackett’s side go into the game on the back of 2-1 midweek defeat at Doncaster, which saw two own-goals and a red card.

Their opponents had only slightly better fortunes, as they were held to a draw by bottom-of-the-table Plymouth on home soil.

It leaves the sides separated by single position in the League One standings, with 10th-placed Blackburn above the Blues on goal difference.

But Rovers have played two games fewer than most sides in the division, as international call-ups have resulted in postponements.

Tony Mowbray’s men have collected just a single point from the most recent two, however, with that Plymouth stalemate preceded by a defeat to Bury.

You have to go all the way back to 2010 for the last meeting between the teams, with a goalless Premier League encounter made famous by reporter Chris Kamara missing Anthony Vanden Borre’s sending off.

TEAM NEWS
Top scorer Brett Pitman could return for Pompey after recovering from a knee injury, while Dion Donohue is available, having successfully appealed his red card at Doncaster.

Rovers will be without Darragh Lenihan (metatarsal), while a late decision will be made about the fitness of Paul Downing (hamstring) and Corry Evans (ankle).

VIEW FROM THE DRESSING ROOM
Read what Kenny Jackett and Kyle Bennett have to say about the game or register for a free iFollow account to watch the below videos.

TICKETS
Supports can buy tickets from the away ticket office at Ewood Park on the day of the game. Click here for a list of prices.

BETTING
Blackburn are 11/10 favourites with Sky Bet to secure all three points, while the visitors can be backed at 5/2. 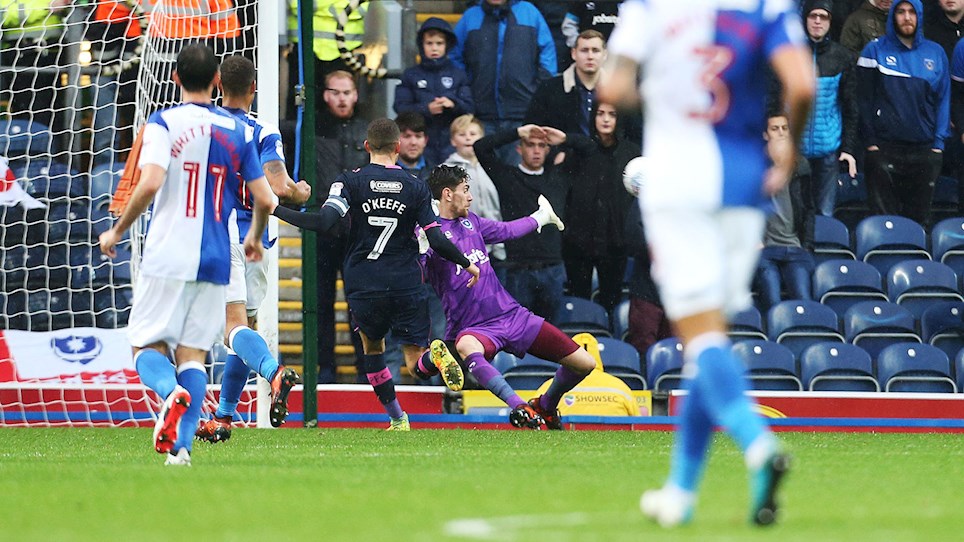 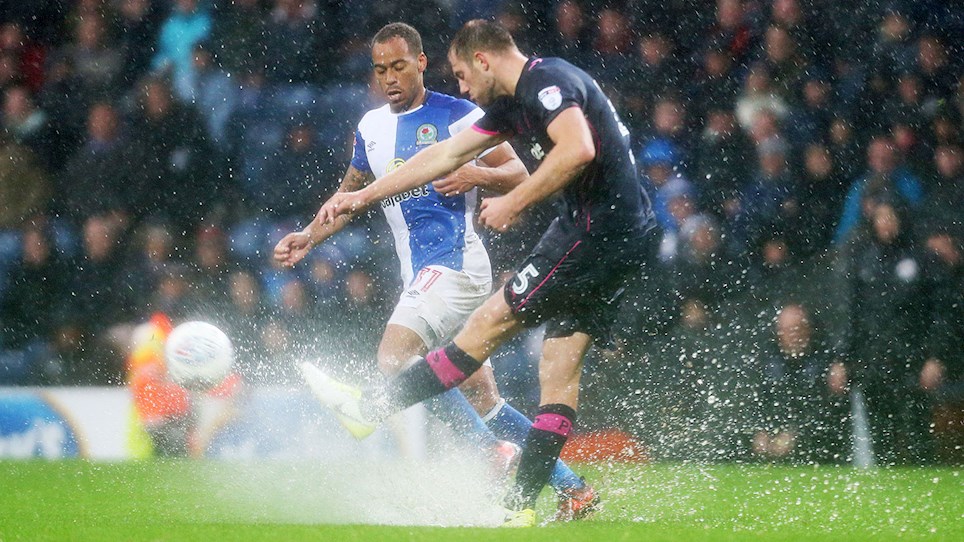 
View the photos from Pompey's League One defeat at Blackburn 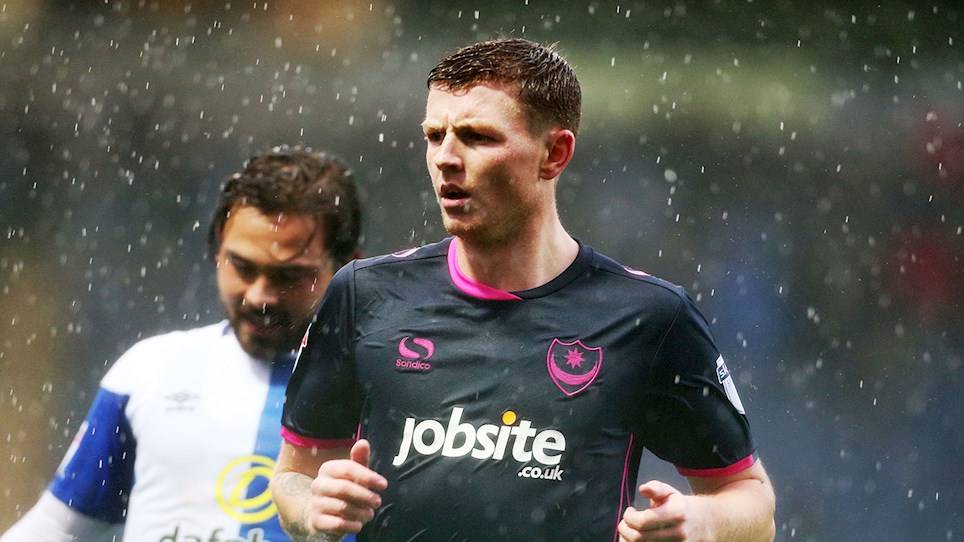 
It was an afternoon that fans and players alike will be keen to forget. Jackett: Cut Out The Mistakes


Kenny Jackett has urged his side to stop being so sloppy at the back.

by Neil Weld at Ewood Park

Pompey completed a disappointing week on the road with a 2-0 defeat at Blackburn.

The visitors created little, albeit in terrible conditions, and conceded goals in both halves to make the treacherous trip home with nothing to show for their efforts.

Bradley Dack opened the scoring before the break, while Danny Graham then doubled Rovers’ advantage after it.

Dominic Samuel was sent off for the hosts, but they were still able to wrap things up with a third goal from Craig Conway.

Kenny Jackett made one change from the side beaten at Doncaster earlier in the week.

Jamal Lowe was restored to the starting line-up and Gareth Evans dropped to the bench, meaning that the captain’s armband returned to Stuart O’Keefe.

Brett Pitman had recovered from keyhole surgery on his knee, but had to be content with a place among the substitutes.

There was also a ‘Battle of the Bennetts’, as Pompey winger Kyle was up against his older brother Elliott.

Storm Brian made life difficult for both teams, with heavy rain accompanying the wind swirling around Ewood Park.

And there were not too many clear-cut chances to reward those fans who braved the conditions to watch the game.

It was the hosts looking the more threatening, though, and a couple of dangerous deliveries had to be scrambled clear.

Dack then fired a warning shot narrowly wide midway through the first half after being teed-up by strike-partner Graham.

Richie Smallwood was closer moments later, with a thumping effort from 30 yards that Luke McGee did well to turn over the bar.

The keeper was soon called into action again and denied Dack with his legs before Graham turned the loose ball against the crossbar.

But the Blues soon had a decent opportunity of their own when Bennett met Lowe’s cross with a volley that forced David Raya to save down to his right.

It was Rovers who broke the deadlock on 38 minutes, however, as Harry Chapman stole the ball from Dion Donohue and fed Dack for a powerful finish.

Pompey tried to find a response before the break, although an O’Keefe shot that was comfortably saved by Raya was all they had to show for their efforts.

The rain got even heavier as the teams came out to start the second half and it certainly seemed to affect the standard of play.

Donohue was shown a yellow card for tugging back Chapman as the midfielder tried to surge into the box.

Skipper Charlie Mulgrew took the resulting free-kick from the side of the box and his fierce effort had to be beaten away by McGee.

But Rovers did double their advantage just before the hour mark, as Derrick Williams got down the left and teed-up Graham for a calm finish into the bottom corner.

Pompey had a chance to hit back when Ryan Nyambe received a yellow card for a foul on Matty Kennedy.

The free-kick was played short to Bennett, whose low shot from outside the area crept narrowly wide of Raya’s post.

That was Bennett’s last contribution to proceedings, however, as he and Oliver Hawkins made way for Conor Chaplin and a mask-wearing Pitman.

Both sides then had attempts from long distance, with strikes from Peter Whittingham and Pitman not too far off target.

With the rain continuing to fall there was plenty of surface water to make life even more difficult for both sides.

And with players struggling to keep their footing, the Blues could at least take comfort from the fact that nobody limped off in the closing stages.

But Rovers did not end the game with all 11 men on the pitch, with referee Chris Kavanagh forced to brandish a red card.

Christian Burgess held up Samuel as he tried to chase a loose ball and the frustrated Blackburn substitute kicked out at him.

The hosts were still able to add another goal late on, however, as Conway broke up the pitch and slotted past McGee.


View the photos from Pompey's League One defeat at Blackburn


It was an afternoon that fans and players alike will be keen to forget.

Jackett: Cut Out The Mistakes


Kenny Jackett has urged his side to stop being so sloppy at the back.

Tickets are still available for Pompey’s match at Blackburn on Saturday.

Blues fans have already snapped up more than 1,000 seats for the Ewood Park contest, which kicks-off at 3pm.

They can be bought online here, by calling 0345 646 1898 or in person from the Frogmore Road ticket office until 4pm today.

Supporters can also visit the away ticket office at Blackburn on the day of the game, although there is a slight increase in prices.

*Must be bought with an accompanying adult.

Wheelchair spaces are priced at the above rates and include carer if on the highest rate of DLA or PIP. 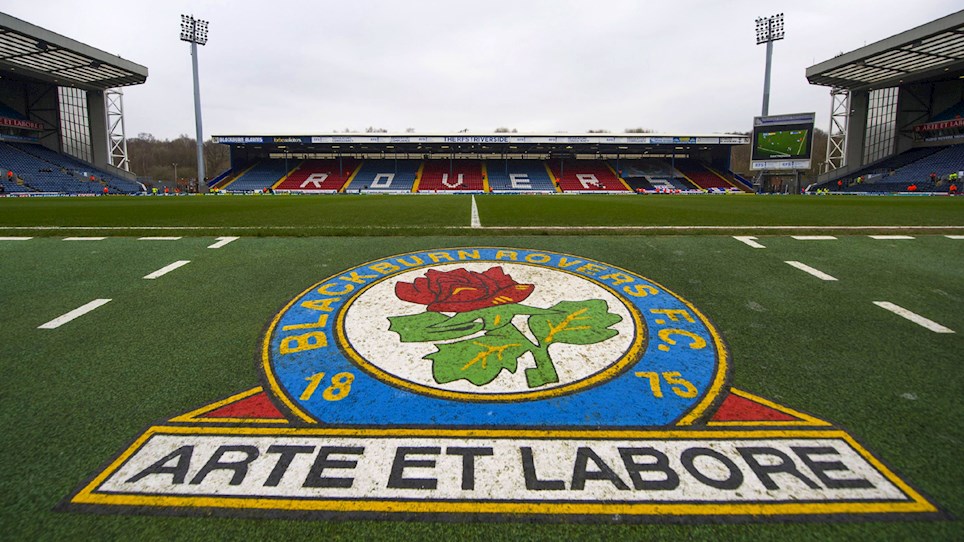 Blackburn (A): Tickets On General Sale


Tickets for Pompey's league visit to Blackburn are now on general sale.


Tickets for Pompey’s league visit to Blackburn go on sale next week.