Pompey will play in front of the Sky Sports cameras for the second time this season when they visit Gillingham on Sunday.

But they will certainly be searching for a better result than the 1-0 defeat suffered at home to Rotherham last month.

For the third time in under four weeks, Kenny Jackett’s men will be facing a side that have recently changed their manager.

And fans will hope it is a case of third time lucky following losses to Northampton and, last weekend, Oldham.

Gillingham parted company with Ady Pennock 12 days ago after a terrible start to the season that has seen them register just a single League One victory.

It comes after he narrowly guided the Kent outfit to safety last term, as they finished a place and a point above the drop zone.

Director of football Peter Taylor has taken caretaker charge and overseen a draw with Scunthorpe and defeat by Blackburn, as well as Tuesday evening’s Checkatrade Trophy win at Colchester.

Pompey have not met Gillingham in a competitive fixture since they were in the Premier League and humbled by their third tier opponents in the second round of the League Cup.

But the sides did end their preparations for the 2015/16 campaign with a goalless friendly draw at Priestfield.

Jackett will make a late decision on whether Christian Burgess (calf) and Nathan Thompson (head) will feature.

Gillingham top scorer Tom Eaves and team-mate Mark Byrne are both suspended, while Gabriel Zakuani is away on international duty with DR Congo.

VIEW FROM THE DRESSING ROOM
Read what Kenny Jackett and Kyle Bennett have to say about the game or register for a free iFollow account to watch the below videos.

TICKETS
Supporters can buy tickets from the away turnstiles (cash only) at Priestfield on the day of the game. Click here for a list of prices.

MATCH COVERAGE
iFollow subscribers can listen to live commentary of Sunday’s game by signing into their account and visiting the match centre.

Please note that there is no live video stream for overseas subscribers, as this match has been selected for television coverage.

BETTING
Pompey are 10/11 favourites with Sky Bet to secure all three points, while the hosts can be backed at 100/30. 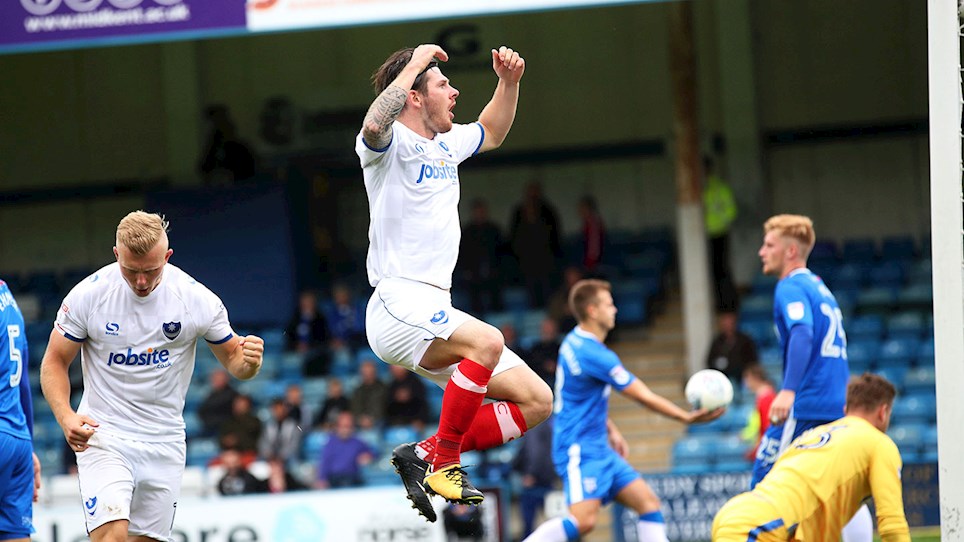 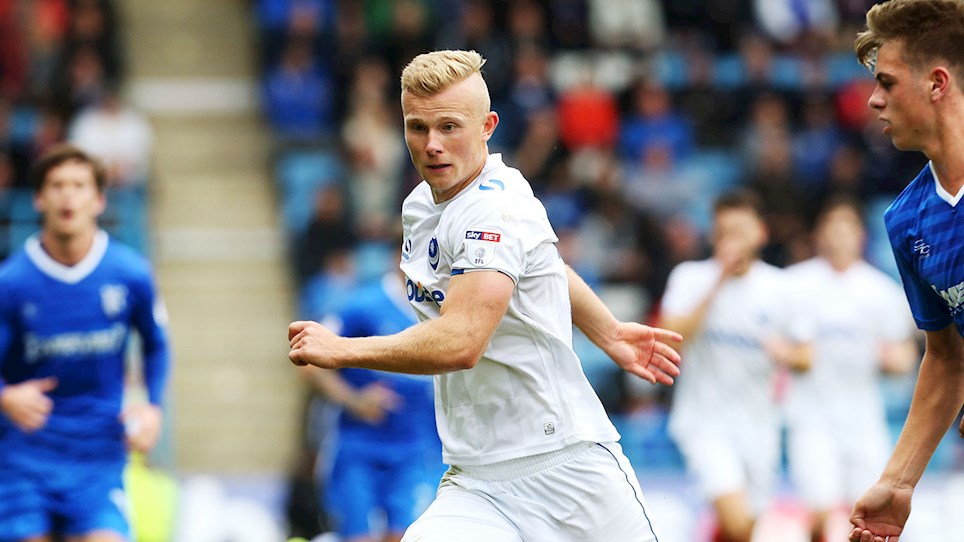 
Curtis Main hopes that his injury nightmare is finally behind him. 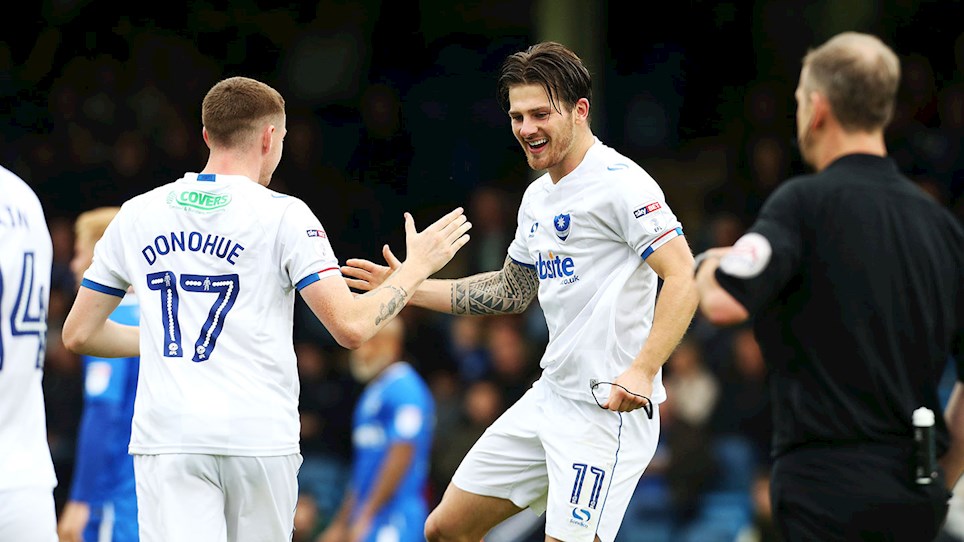 
View the photos from Pompey's League One victory at Priestfield. 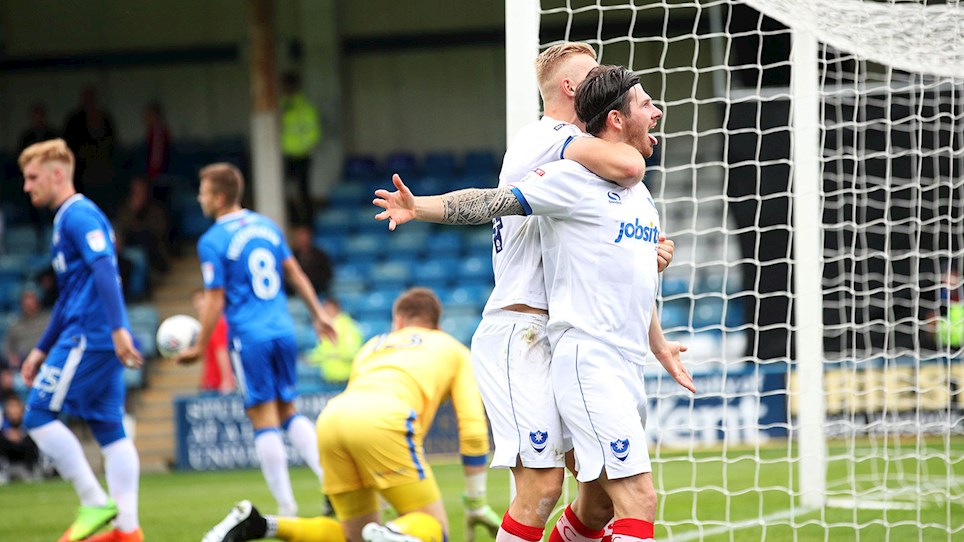 
It was the perfect way to start the second half at Priestfield.

by Neil Weld at Priestfield

Matty Kennedy scored early in the second half to ensure Pompey picked up all three points at Gillingham.

The winger converted after Curtis Main’s header had come back off the woodwork to give the large travelling army – and all those watching live on Sky Sports – plenty to cheer.

A one-goal advantage ensured it was a nervy finale at Priestfield, but the struggling hosts never really looked like claiming an equaliser.

Kenny Jackett made two changes from the side beaten by Oldham in Pompey’s last league outing.

Striker Main was handed a first league start in more than a year in place of the injured skipper Brett Pitman.

Drew Talbot dropped to the bench to make way for Kyle Bennett, with Oliver Hawkins continuing to be deployed as a makeshift centre-back.

Nathan Thompson – who went off against the Latics with concussion – was declared fit to feature at right-back, but the game came too soon for Christian Burgess.

The watching television audience might have been forgiven for reaching for their remote, as the game took a while to find its flow.

In fact, the most noteworthy moment in the opening stages was the continuing efforts of various Priestfield staff to replace a dislodged corner flag.

Kennedy tried his luck with a curling right-footed effort, but the ball flew safely into the arms of Gills keeper Tomas Holy.

A delightful delivery from the outside of Jamal Lowe’s boot caused some problems, with Josh Parker having to head clear.

It was Ben Close who had the first decent chance on 20 minutes, though, with Holy having to get down to deal with his low drilled effort.

And a dangerous centre from Bennett flashed across the face of goal, with none of his white-shirted team-mates able to get a touch.

But the hosts grew in confidence as the first half progressed and thought they should have won a penalty on 34 minutes.

Hawkins’ challenge sent Sean Clare tumbling to the ground, only for referee Christopher Sarginson to ignore the appeals.

Pompey won a trio of corners before the break and two of them were met by Matt Clarke, but the defender sent both wide of the target.

It was Gillingham who ended stronger, though, and Parker volleyed narrowly past the post after being picked out by Lee Martin.

Pompey came tearing out of the traps at the start of the second half and were ahead after just 26 seconds.

Thompson whipped a cross in from the right and when Main’s header came back off the post, KENNEDY was waiting to stroke home the loose ball.

And Thompson might have added a second, with a cross that drifted towards goal and dipped narrowly over.

It was the visitors looking more likely to add to the scoring and a long-range attempt from Kennedy was not too far off target.

Hawkins then met another Kennedy corner, although his header lacked enough power to trouble Holy.

But Gillingham thought they had grabbed an equaliser when Finn O’Mara’s cross was converted by Parker.

The home fans leapt from their seats to celebrate before realising that the linesman had raised his flag for offside.

Jackett was forced to make his first change moments later, as Dion Donohue limped off to be replaced by Brandon Haunstrup.

Pompey had a chance to extend their lead when Bennett broke quickly on 74 minutes, but he took too long to find Lowe, whose effort was blocked.

Gareth Evans and Danny Rose were brought in for the closing stages, with Bennett and Close withdrawing to the bench.

But it was Clarke who almost grabbed a second goal for the Blues late on, diverting Kennedy’s free-kick inches past the post.


Curtis Main hopes that his injury nightmare is finally behind him.


View the photos from Pompey's League One victory at Priestfield.


It was the perfect way to start the second half at Priestfield.

Tickets are still available for Pompey’s match at Gillingham.

Blues fans have already snapped up around 1,300 tickets for the televised League One clash on Sunday, October 8 (2.30pm kick-off).

They can be bought online here, by calling 0345 646 1898 or in person from the Frogmore Road ticket office until 4pm on Friday.

Supporters can also purchase tickets from the away turnstiles on Priestfield Road (cash only) on the day of the game, but prices increase by £2.

If you cannot get to the game, then why not watch it with fellow Pompey fans in the Victory Lounge at Fratton Park? Click here for more details.


Tickets for Pompey’s visit to Gillingham go on sale next week.