Pompey and Fleetwood will meet for just the third time this weekend.

And the Cod Army are attempting to maintain their 100 per cent record, having won both previous fixtures.

They took place in League Two during the 2013/14 campaign, with Sonny Bradley’s own-goal separating the sides at Fratton Park.

Town were promoted via the play-offs at the end of that season and have since finished 10th, 19th and 4th in the third tier.

They missed out on a top two spot by just four points last term and were then narrowly beaten over two legs by Bradford in the play-offs.

A 3-2 victory over Bury earlier in the week leaves Fleetwood seventh in the embryonic table, with a game in hand over most other teams.

But Uwe Rosler’s troops were beaten 3-1 at Bristol Rovers in their most recent match away from Highbury Stadium.

They are five points above Pompey in the standings and the Fratton faithful will hope to close that gap on Saturday.

TEAM NEWS
Oliver Hawkins could be back after missing the last game with a head injury, but Milan Lalkovic (Achilles) and Jack Whatmough (knee) are both out.

Conor McAleny is back in training for the visitors following an ankle problem, while Bobby Grant has been put on a ‘specialised programme’ as he seeks a recall.

VIEW FROM THE DRESSING ROOM
Read what Kenny Jackett and Jamal Lowe have to say about the game or register for a free iFollow account to watch the below videos.

TICKETS
Click here to secure your seat and take advantage of cheaper prices for buying in advance.

BETTING
Pompey are 19/20 favourites with Sky Bet to secure all three points, while the visitors can be backed at 3/1.


Ben Close was delighted with his first league start of the season. 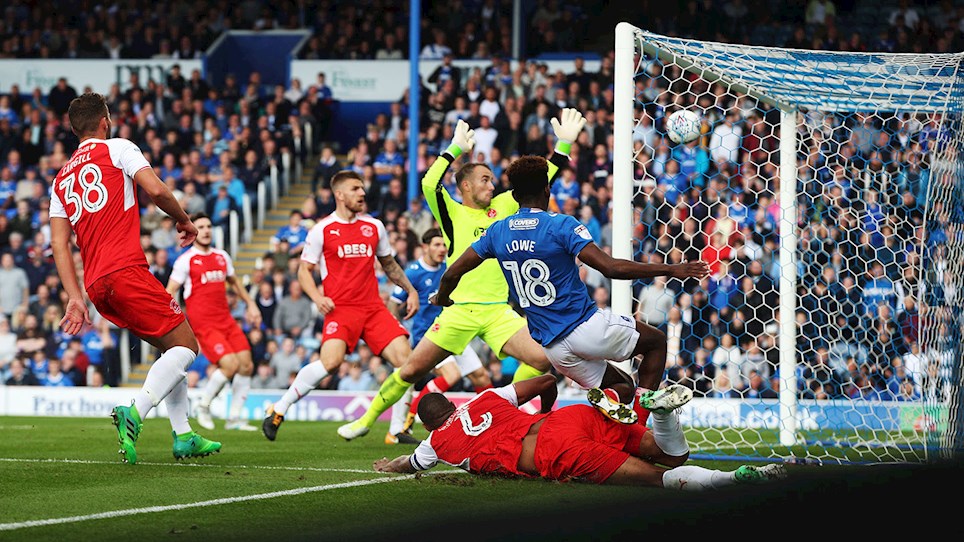 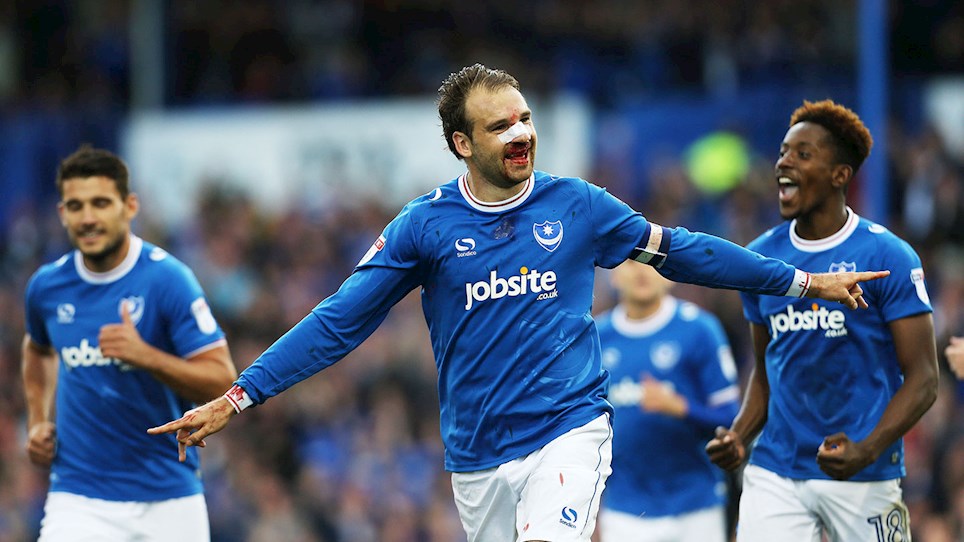 
View the photos from Pompey's victory over Fleetwood at Fratton Park. 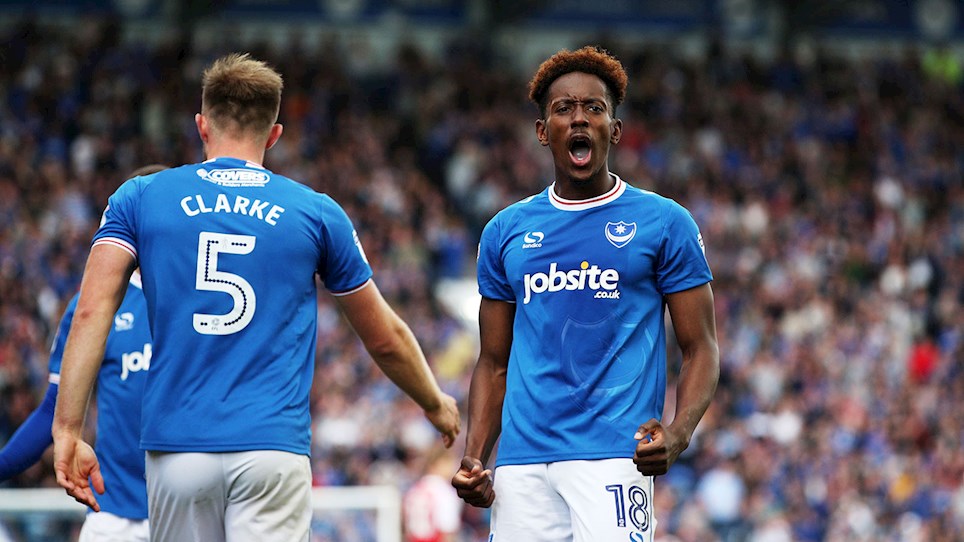 The Lowe-Down On Jamal's Brace


Jamal Lowe spoke to the assembled media at Pompey’s training base on Thursday afternoon.

Brett Pitman and Jamal Lowe each bagged a brace as Pompey outclassed Fleetwood at Fratton Park.

The skipper opened the scoring with a brave header, only for Devante Cole to impressively level early in the second half.

Lowe then took over, restoring the lead with a header before somehow finding the net from an acute angle.

And it was Pitman – sporting a bandaged nose from his earlier exploits – who curled home a fine fourth to wrap up the points.

A miserable afternoon for the visitors was wrapped up late on when Kyle Dempsey was dismissed for a second bookable offence.

Kenny Jackett made one change from the side beaten at Northampton earlier in the week.

It came in the centre of midfield, where Adam May dropped out of the squad to be replaced by Ben Close.

The visitors had an early chance when Cian Bolger came forward for a George Glendon corner and headed narrowly over.

But the Blues were inches away from breaking the deadlock themselves moments later, with Pitman doing well to connect with Lowe’s pass and scooping the ball just past the post.

It was otherwise a slow start to proceedings, though, with little in the way of goalmouth action to excite the crowd.

Damien McCrory’s afternoon came to an abrupt end on 21 minutes when the defender limped off to be replaced by Dion Donohue.

And the newcomer bent a shot just off target from 20 yards after Matty Kennedy had found him with a corner.

But Pompey did forge ahead just before the break when Nathan Thompson crossed from the right and PITMAN arrived at the far post to head home.

The price was a bloodied nose, which saw the Blues skipper disappear down the tunnel for treatment and re-emerge with a new numberless shirt.

There was a fairly pedestrian start to the second half, but Cole brought the contest to life with a fantastic leveller on 52 minutes.

He was teed-up by Lewie Coyle and unleashed a superb half-volleyed strike that left Luke McGee helpless.

Pitman tried to hit back at the other end of the pitch, although his 25-yard drive was comfortable for Alex Cairns between the Cod Army sticks.

But the Blues did restore their advantage on 57 minutes after Kennedy’s effort had been deflected behind for a corner.

LOWE had spoken earlier in the week about never having scored with his head, but arrived at the far post to nod in Donohue’s corner.

Fleetwood were still a threat, though, and Cole’s shot squirted narrowly wide following a quick break up the pitch.

Dempsey then slid a pass through to Conor McAleny, who should at least have tested McGee with his effort.

And the visitors were made to pay for their profligacy on 70 minutes, thanks to a fine individual effort from LOWE.

He collected the ball from Conor Chaplin and burst into the box before finding the target with fierce finish from the tightest of angles.

And any doubts about the outcome vanished soon after, as PITMAN curled home an exquisite shot that stroked the inside of the post on its way into the net.

It soon went from bad to worse for Fleetwood, as Dempsey’s clumsy challenge on substitute Gareth Evans earned him a second yellow card – and subsequent red – from referee Dean Whitestone.

Pitman then made way for Oliver Hawkins and was afforded a standing ovation from the Fratton faithful as he trooped off.

And there were more cheers when the final whistle blew a few minutes later to confirm a thoroughly deserved Blues victory.


Ben Close was delighted with his first league start of the season.


View the photos from Pompey's victory over Fleetwood at Fratton Park.

The Lowe-Down On Jamal's Brace


Jamal Lowe spoke to the assembled media at Pompey’s training base on Thursday afternoon.