Pompey have already progressed in one cup competition in the past couple of days and now they will look to do the same again tonight.

Having seen off Rochdale on Sunday afternoon, the Blues are back on home soil to face Arsenal U21s in the second round of the Checkatrade Trophy.

Victories over Gillingham and Crawley took them into the knockout stages with a game to spare, while beating Tottenham’s youngsters guaranteed a home tie.

Their opponents were runners-up in Southern Group E, finishing behind Cheltenham on goal difference.

It is the Gunners’ first season in the competition, having opted not to enter a side in each of the previous two campaigns.

They also compete in the top tier of Premier League 2 and are currently in sixth position after 11 games.

Pompey have not faced an Arsenal side since both were in the top-flight in 2009/10, with the Londoners winning both encounters 4-1 that term.

TEAM NEWS
Jackett is expected to make multiple changes to his side, with their previous match having taken place just two days earlier.

TICKETS
Fans can secure their seat online here or by visiting the Anson Road ticket office.

Please note that only the Fratton End and ‘A’ Section of the South Stand Upper are open for this fixture.

Fans buying tickets this evening can visit the ticket offices in Anson Road or Frogmore Road, while there will be cash sales on the cobbles underneath the South Stand.

Ticket collections can be made from main reception from 5.30pm, while turnstiles will open at 6.30pm.

Fans are advised that the Victory Bar will not be open this evening.

BETTING
Pompey are the 7/10 favourites with Sky Bet to win the tie after 90 minutes, while the visitors can be backed at 3/1. 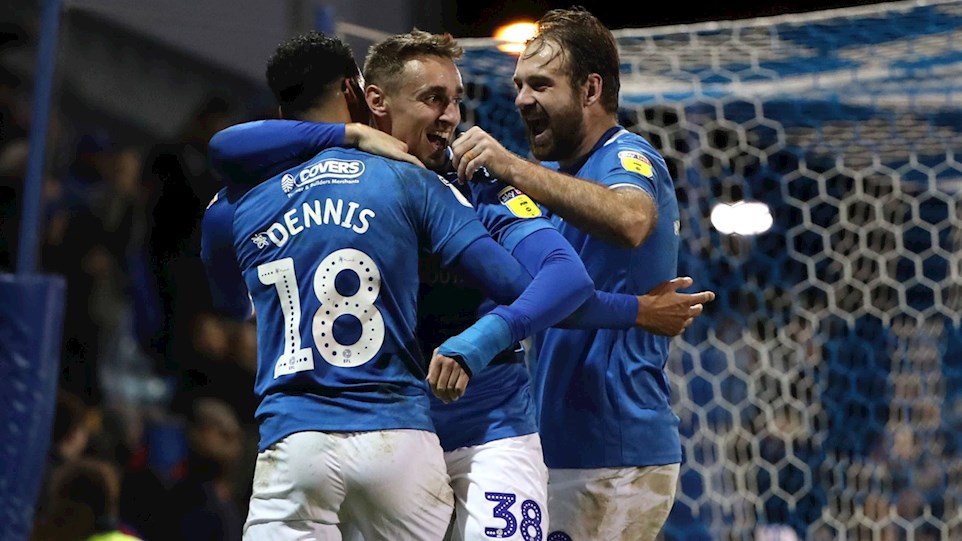 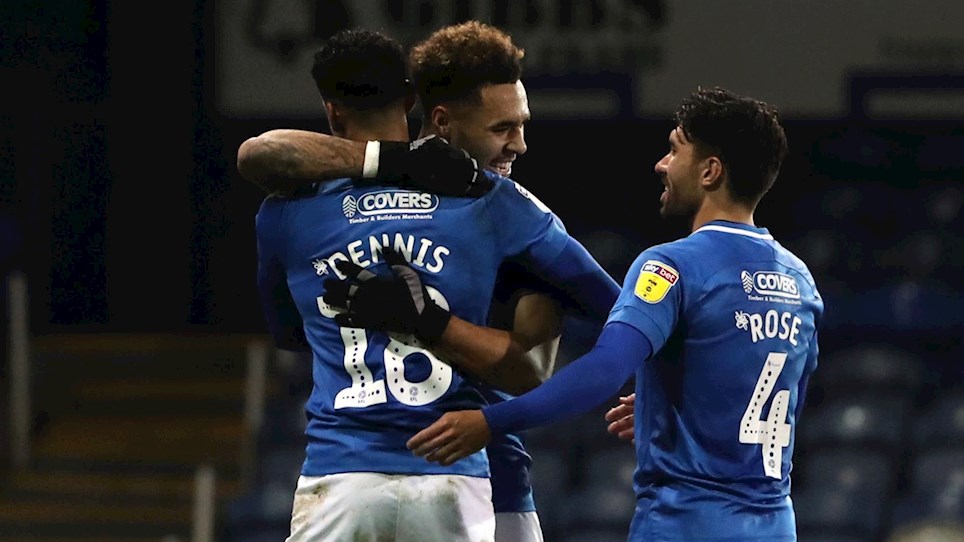 
View the photos from the Blues' second round victory 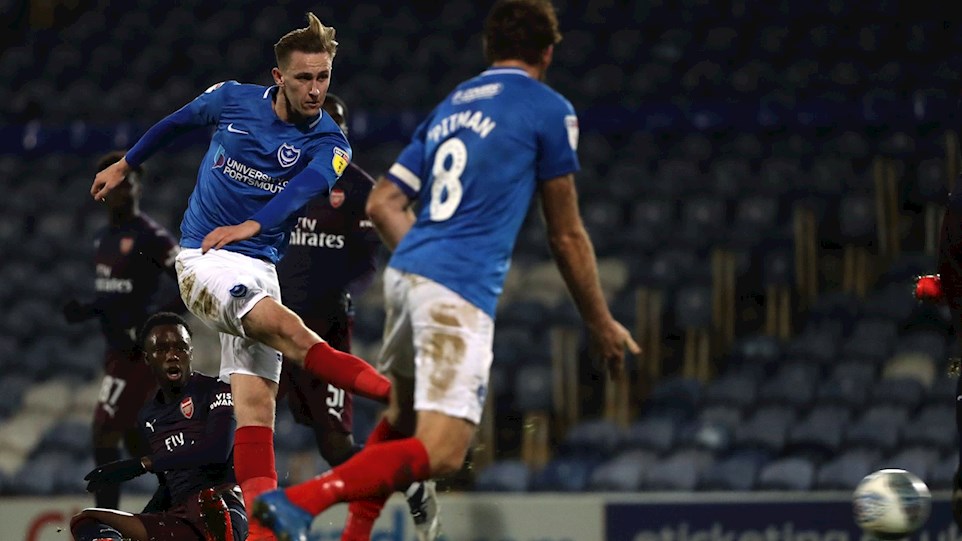 May: A Professional Performance


Adam May was a surprise inclusion in the Pompey side to face Arsenal U21s in the Checkatrade Trophy. 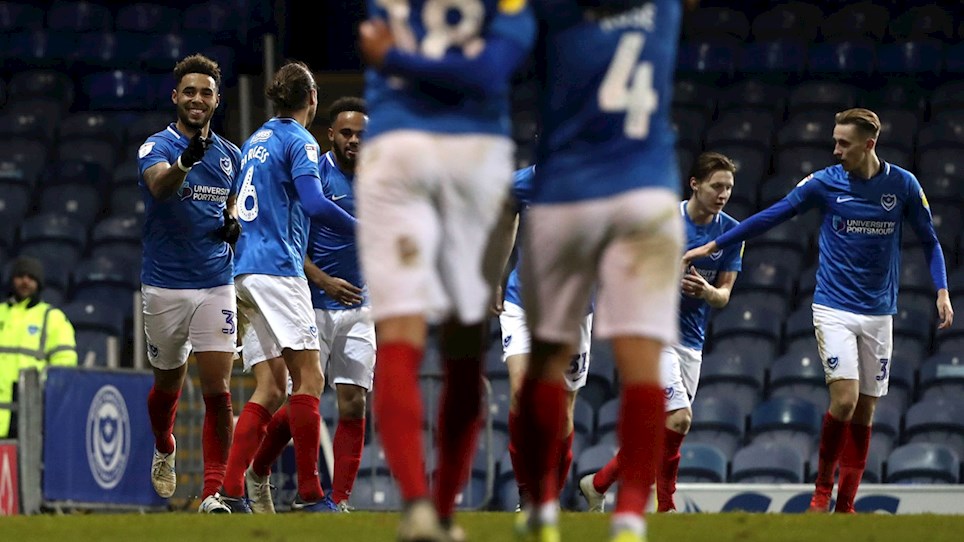 Gallen: Attitude Was Spot On

Pompey booked their spot in the last 16 of the Checkatrade Trophy with a dominant display against Arsenal under-21s.

Brett Pitman gave the Blues an early lead at Fratton Park, but their quest for a healthier advantage was denied three times by the woodwork.

The skipper and, on two occasions, man-of-the-match Adam May were both left frustrated before Bukayo Saka impressively brought the scores level.

But the hosts got the victory their impressive performance deserved thanks to a second goal in three days from Andre Green.

Kenny Jackett made 11 changes from the side that progressed in the FA Cup at Rochdale on Sunday.

He handed debuts to youngsters Matt Casey and Freddie Read, while May was back from a loan spell at Aldershot.

There was also a return for skipper Pitman up front, flanked by Green and Louis Dennis in the Pompey attack.

Arsenal handed a start to 33-year-old former French international Laurent Koscielny, who added plenty of experience to an otherwise youthful side.

One of his highly-rated team-mates was the first to threaten, although after spinning neatly in the box, Saka fired straight at Luke McGee.

The Blues soon took control and after collecting a pass from Casey, Anton Walkes saw his shot cleared from the line by Danny Ballard.

Brandon Haunstrup then had a fierce effort well saved by Deyan Iliev, but the hosts forged ahead from the resulting corner.

Dennis' delivery was headed back by Walkes at the far post and PITMAN acrobatically flicked the ball home from close range.

It was a lively display from Dennis, who had a chance of his own by nodding Green’s cross wide on 15 minutes.

May came a lot closer to doubling the advantage, stealing possession from James Olayinka and hitting a 25-yard shot against the post.

And Dennis then tried his luck with a long-range effort that dipped narrowly over as Pompey continued to dominate.

Arsenal looked neat on the ball, but were not really troubling their hosts, who seemed the more likely to add to the scoring.

An angled attempt from Christian Burgess was blocked by Ballard, while Pitman sent a free-kick into the Gunners wall.

A corner from Dennis led to some pinball in the visitors box once the action restarted, with the ball eventually hacked to safety.

McGee was still not being overworked at the other end and an effort from Charlie Gilmour was well off target.

But May came close to scoring for the Blues, neatly controlling the ball 25 yards out and sending the ball crashing against the crossbar.

That came after Read left the pitch to warm applause, with a fit-again Joe Mason on to replace him and provide some more firepower.

The hosts appeared to be cruising, only for the Gunners to level against the run of play. It was a fine effort from Saka, though, who cut in from the left before firing into the top corner.

And the Londoners might have gone ahead soon after, with Burgess throwing himself in front of Tyreece John-Jules’ effort.

Pompey tried to restore their advantage, but were denied by the woodwork for an incredible third time on 76 minutes.

Pitman met a cross from the right by Walkes, only to see his header come back off the inside of the post and be cleared by the Arsenal defence.

The hosts were starting to move through the gears again and Dennis was sent through on goal by Mason. He lifted a shot over Iliev, but the ball flew agonisingly wide.

It was Green who was next to have a go just a few seconds later and this time the keeper saved with his feet.

And the on-loan Aston Villa winger finally made the pressure count by restoring Pompey’s lead on 83 minutes.

It was a lovely move, with Dennis playing a neat one-two with Pitman before arrowing the ball across the face of goal for GREEN to emphatically fire into the roof of the net.

And the Blues comfortably saw out the final few minutes to seal the win that ensures their place in Saturday's third round draw.


View the photos from the Blues' second round victory

May: A Professional Performance


Adam May was a surprise inclusion in the Pompey side to face Arsenal U21s in the Checkatrade Trophy.

Gallen: Attitude Was Spot On