Pompey will aim to set a new club record when they host Charlton under the Fratton floodlights this evening.

Kenny Jackett’s side are looking to secure an impressive ninth successive competitive victory in all competitions.

This latest fixture was due to be played last month, only to be postponed when the visitors received three international call-ups.

It is the only game taking place in League One tonight, so gives the Blues a chance to stretch their lead at the top of the table to nine points.

And the home side know that simply avoiding defeat will ensure they are sitting at the summit at Christmas.

Their opponents also have promotion ambitions, having lost to Shrewsbury in the play-offs at the end of last season.

But a four-match winning run in the league was ended by Saturday’s defeat at Blackpool, which saw Charlton drop out of the top six.

A point tonight would see them return there, however, ahead of back-to-back home matches against AFC Wimbledon and Gillingham.

Pompey were beaten 1-0 when the sides met at Fratton Park last term, although did win by that scoreline at The Valley in both the league and Checkatrade Trophy.

TEAM NEWS
David Wheeler (hamstring) is sidelined and although Dion Donohue has returned to full training, he will feature for the reserve team at Bournemouth this afternoon.

The visitors will be without Josh Cullen (shoulder), Darren Pratley (knee) and Jamie Ward (groin), while Naby Sarry is expected to replace teenager Toby Stevenson at left-back.

Supporters buying tickets this evening can visit the ticket offices in Anson Road or Frogmore Road.

Ticket collections can be made from main reception from 5.30pm, while turnstiles will open at 6.15pm.

The Victory Bar behind the Fratton End will be open for supporters from 5.30pm.

BETTING
Pompey are the 8/11 favourites with Sky Bet to secure all three points, while the visitors can be backed at 19/5. 
Pompey are preparing to face two of their biggest rivals for promotion into the Championship. 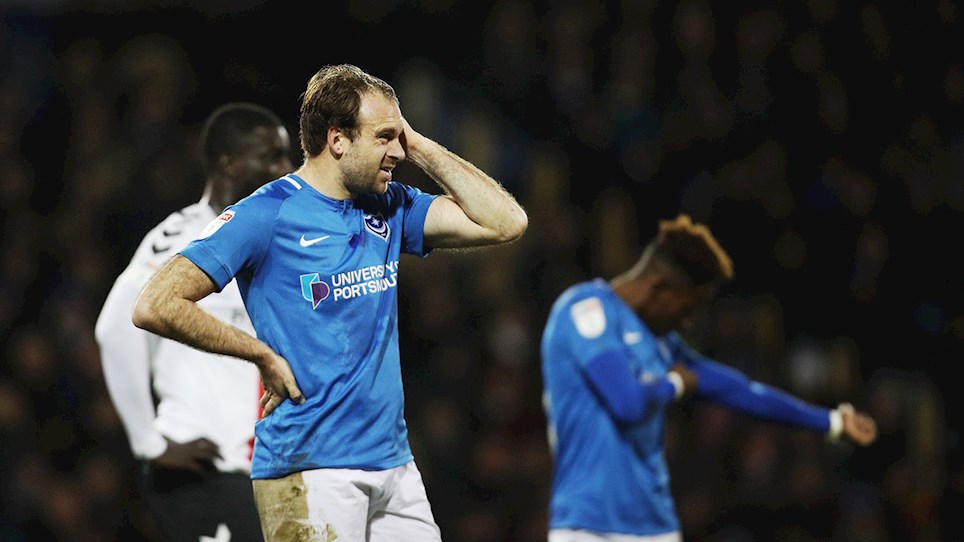 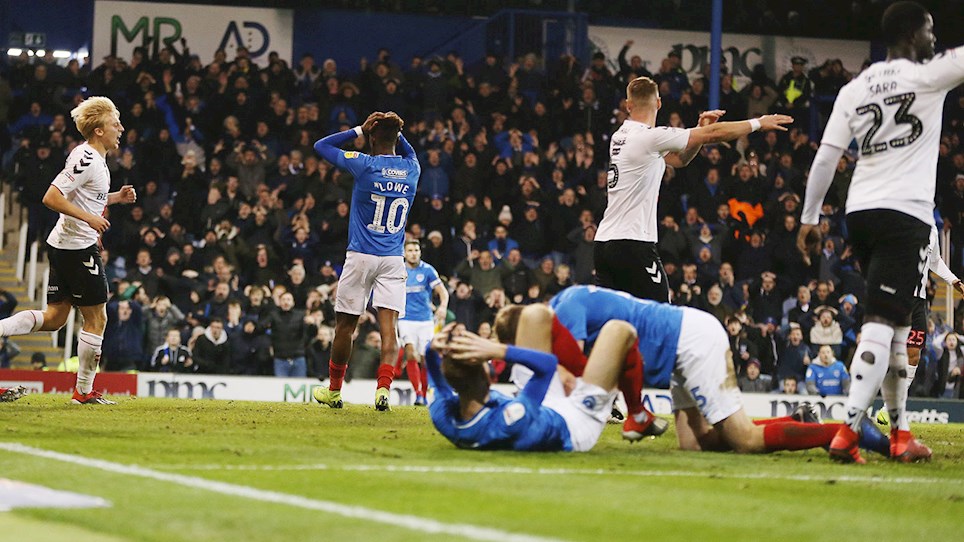 
View the photos from a rare league defeat for the Blues

Pompey’s fine run of form finally came to an end as they were beaten 2-1 by Charlton under the Fratton floodlights.

The visitors impressed before the break, with goals from Karlan Grant and Nicky Ajose seeing them take a commanding lead into the interval.

It was much better from the Blues during a hectic second half and Andre Green came off the bench to reduce the deficit.

But it proved no more than a consolation and a controversial late red card for Ben Thompson capped a disappointing night for the hosts.

Kenny Jackett unsurprisingly stuck with the same side that had comfortably beaten Southend at the weekend.

But it was an opening 45 minutes to forget for the Blues, who failed to find any fluency and struggled against their more vibrant visitors.

There were half-chances at both ends in the opening stages, with Ben Reeves firing over and Ronan Curtis sending a shot into the side netting.

It was Charlton who had the first decent opening, though, with Craig MacGillivray getting down to parry clear Lyle Taylor’s effort.

The Londoners looked dangerous with every attack and took the lead when Grant slid in at the far post to convert Taylor’s low ball, despite Pompey protestations of offside.

An equaliser looked on the cards after Jamal Lowe threaded a pass through to Evans, only for the skipper’s cross to be agonisingly out of reach for a leaping Ben Thompson.

The Addicks were forced to make an early change, with scorer Grant limping off to be replaced by Ajose.

But it was the replacement who doubled the advantage on 43 minutes, although again the hosts felt it should not have counted.

They were adamant the ball had gone out of play on the right, but the linesman disagreed and George Lapslie crossed for Ajose to poke home.

Pompey finally started to threaten just before the break, although their half was probably summed up when Lowe and Curtis got in each other’s way while trying to shoot.

Curtis also took an unnecessary touch after being found in the box by Lowe, while Tom Naylor’s hooked effort was saved by Jed Steer.

Pompey did look brighter at the start of the second half, but their radar was still off, as both Evans and Curtis failed to find the target from inside the area.

It was certainly not all one-way traffic, though, with Charlton still looking a threat on the counter-attack.

One of those saw Ben Thompson make a clean tackle in the box, but the ball fell for Lapslie and Nathan Thompson had to fling himself in the way of the shot.

Jackett made his first change soon after, with Brett Pitman replacing Oli Hawkins to add to some fresh legs to the attack.

The game was now being played at a frantic pace and the Blues were trying their best to get back into the contest.

They twice went close from corners, with Steer making a save from the first and then Lapslie – stationed on the line – somehow got in the way of a fierce Curtis strike.

It was Matt Clarke’s turn to go close from the second set-piece, although his effort was deflected behind.

A melee had broken out in-between, but tempers were soon calmed and yellow cards shown to Pitman and Naby Sarr.

There were cries for a penalty when first Lowe and then Curtis went down in the box, but referee John Brooks – getting plenty of stick from the stands – waved both appeals away.

Still the encounter continued to switch from one end to the next, with barely a moment to take breath.

It looked like Curtis had steered a low shot into the bottom corner, but Steer and his defence managed to keep it out.

The ball was just not falling kindly for the Blues and when an effort from Pitman struck former Fratton defender Jason Pearce in the face, the ball ricocheted the wrong side of the post.

Green came on for Lee Brown in an attacking move, as the hosts desperately searched for a goal that would give them a chance of avoiding defeat.

And the on-loan winger raised hopes of a comeback, with Evans crossing from the right and GREEN slotting the ball into the net.

There were six minutes of added time for the hosts to try to find another, but instead they finished the game with 10 men, as a challenge from Ben Thompson was punished by a red card.


Pompey are preparing to face two of their biggest rivals for promotion into the Championship.


View the photos from a rare league defeat for the Blues