Pompey welcome Barnsley to Fratton Park this weekend for a clash between two sides chasing promotion to the Championship.

The visitors are trying to get back there at the first attempt after suffering relegation on the final day of last term.

They are doing a good job of achieving that under Daniel Stendel – who took charge over the summer – and have not been beaten in 13 league games.

It has seen them rise up to second in the table, four points clear of Sunderland in third position and five ahead of the Blues.

The Tykes have a better record at Oakwell, but still managed to secure eight league victories on the road this season.

Their most recent away fixture resulted in a convincing 4-1 triumph at Gillingham a fortnight ago, the same result achieved at AFC Wimbledon last month.

Gareth Evans was on target when the sides played out a 1-1 stalemate up north just before Christmas.

You have to go back to 2011 to find the last meeting at Fratton Park, with David Norris and Luke Varney on target in a 2-0 victory.

Luke McGee has returned to full training following a wrist injury, but Lloyd Isgrove cannot feature against his parent club.

Barnsley will be without top scorer Kieffer Moore, who has been suffering from concussion, while there is a doubt over Ben Williams (knee).

VIEW FROM THE DRESSING ROOM
Read the thoughts of Kenny Jackett and Omar Bogle or register for a free iFollow account to watch the below videos.

TICKETS
Seats have sold out in the home sections of the ground and supporters are advised to see if any are available via the ticket exchange.

BETTING
Barnsley are the 6/4 favourites with Sky Bet to secure all three points, while Pompey can be backed at 17/10. 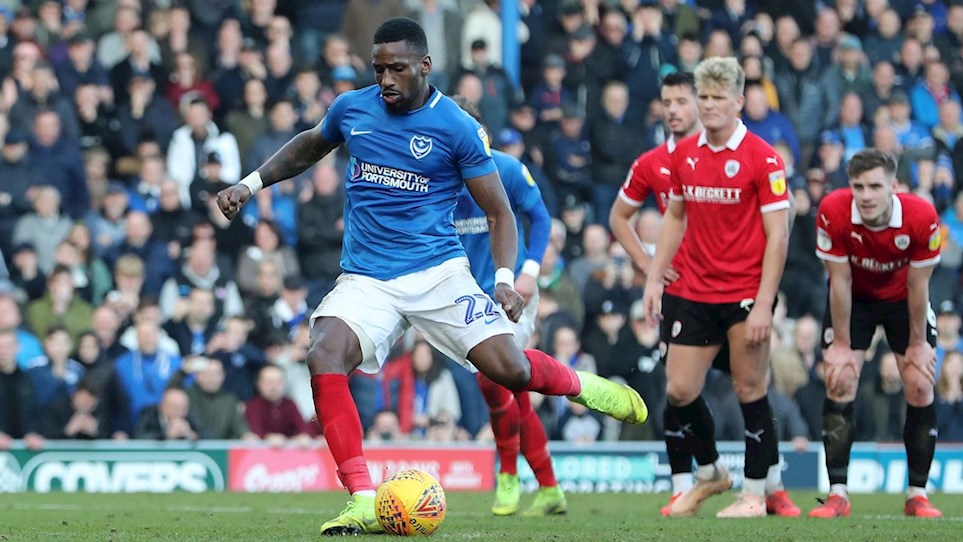 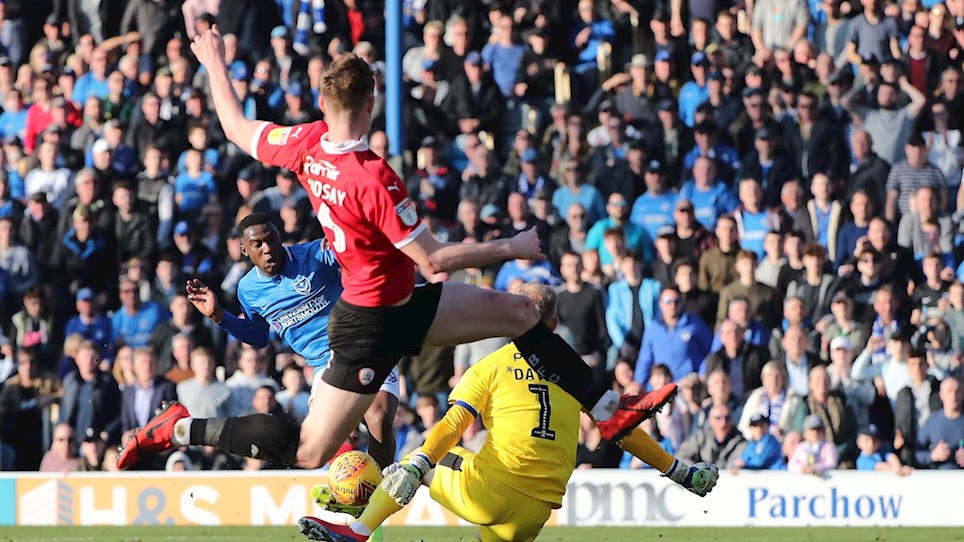 
Photos from the Blues' goalless draw at Fratton Park 
There was warm applause from the Fratton faithful to greet the full-time whistle from referee Charles Breakspear.

Omar Bogle had a penalty saved as Pompey drew with Barnsley to record a fifth successive League One stalemate.

It was a much improved performance from the Blues, who looked dangerous throughout and created some decent chances.

But Bogle missed the best one when his spot-kick was saved and the Tykes came close to capitalising at the other end by striking the woodwork.

Kenny Jackett made three changes from the side that drew with Bristol Rovers earlier in the week.

Bogle returned to lead the line, with Viv Solomon-Otabor out wide and Bryn Morris in midfield in a 4-1-4-1 formation.

It meant that Oli Hawkins, Jamal Lowe and Gareth Evans all dropped to the bench, but Lloyd Isgrove was not permitted to feature against his parent club.

There was a minute’s applause before kick-off in memory of Pompey hero Mick Kennedy, who passed away earlier this month.

Fratton Park was bathed in sunshine and it seemed to have a positive effect, with the hosts looking bright and the fans roaring their team on.

Ronan Curtis was a constant menace down the right and was continuously looking to take on the opposition defence.

When one of his free-kicks was only partially cleared to the edge of the box, a low volley from Ben Close was blocked.

There were half-chances for Jacob Brown at the other end, with one effort hooked behind by Anton Walkes and another flashing past the post.

Pompey almost broke the deadlock midway through the first half when Solomon-Otabor whipped the ball into the box, where it was glanced narrowly wide by Morris.

The visitors’ best opportunity before the break came when Brown sent Alex Mowatt’s corner past the post from a few yards out.

Barnsley were having plenty of shots, but none of them were particularly threatening and an effort from Cauley Woodrow rolled tamely into Craig MacGillivray’s arms.

Another attempt from the striker was blocked by Close and Dani Pinillos fired the loose ball wildly off target.

The Blues had a better chance on 39 minutes when Bogle slipped a pass through to Solomon-Otabor, but Adam Davies was quickly off his line to make a vital save.

It was an encouraging end to the half for Pompey and Morris dinked a pass into the box, where a stretching Bogle could not get enough power on his header.

The hosts picked up where they had left off following the restart, although Bogle could not guide Lee Brown’s cross on target at the far post.

Persistent work from Christian Burgess then allowed Close to release Curtis down the right and his delivery had to be turned behind by Ethan Pinnock.

Morris was producing a lively display and he fired over from long-range before teeing-up Curtis, whose shot was too tamely hit to trouble Davies.

There were chants of ‘Micky, Micky Kennedy’ from the Fratton faithful on 57 minutes, with the midfielder having passed away at the age of 57.

The Blues soon had an excellent opportunity to break the deadlock when Dimitri Cavare dived in recklessly on Solomon-Otabor inside the area.

Barnsley came close to making them pay for that miss, as an angled effort from Pinillos narrowly cleared the crossbar.

Jackett made a change on 77 minutes, with Solomon-Otabor afforded warm applause as he made way for Lowe.

But the Blues survived a scare when Brown met Mowatt’s corner and headed the ball down, with the ball ricocheting against the post.

James Vaughan replaced Bogle for the closing stages, as Jackett decided to add fresh legs to his forward line.

Both sides looked capable of finding a winner as the seconds ticked down, but they ultimately had to settle for a share of the spoils.


Photos from the Blues' goalless draw at Fratton Park


There was warm applause from the Fratton faithful to greet the full-time whistle from referee Charles Breakspear.

Fratton Park is now full to capacity in the home sections for Saturday’s clash with Barnsley.

A large crowd will be in place to watch Kenny Jackett’s side take on their League One promotion rivals.

The ticket exchange is now open for season ticket holders who are unable to make the game.

You can find more information about the ticket exchange system here.