Pompey will look to cause an Emirates FA Cup upset when they visit Loftus Road to take on QPR this evening.

A replay is required following a 1-1 draw on the south coast 10 days ago, with a Joel Lynch own-goal cancelled out by Nahki Wells.

The prize for the victors this evening is a home tie against Premier League opposition in Watford in the fifth round.

Pompey have not got that far since 2010 and they went on to reach the final – going down to Chelsea – that season.

Their opponents currently sit 14th in the Championship table and are eight points adrift of the play-off places.

But since beating Leeds in the third round, Steve McClaren’s side have failed to secure a league victory.

The Blues were beaten 2-0 on their last visit to Rangers back in February 2011, with the hosts going on to claim the title.

This is the first time QPR have cleared the first hurdle since 2013 and they have not made the fifth round for 22 years.

Omar Bogle, Lloyd Isgrove and James Vaughan cannot play as they were not registered for the initial tie, while Andy Cannon and Viv Solomon-Otabor are both cup-tied.

QPR are missing Geoff Cameron (ankle) and Angel Rangel (thigh), while Tomer Hemed (hernia) could be fit enough for a place on the bench.

TICKETS
Pompey have sold their full allocation of tickets and no more will be available at the ground this evening.

MATCH COVERAGE
Domestic iFollow subscribers can listen to live commentary from Andy Moon and Guy Whittingham by signing into their account and visiting the match centre from 7pm this evening.

BETTING
QPR are the 17/20 favourites with Sky Bet to progress after 90 minutes, while the visitors can be backed at 10/3. 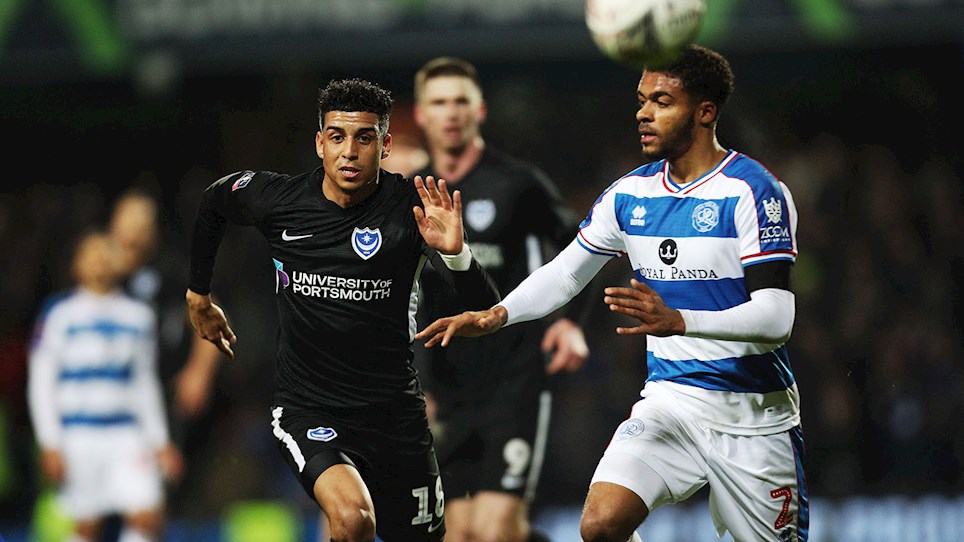 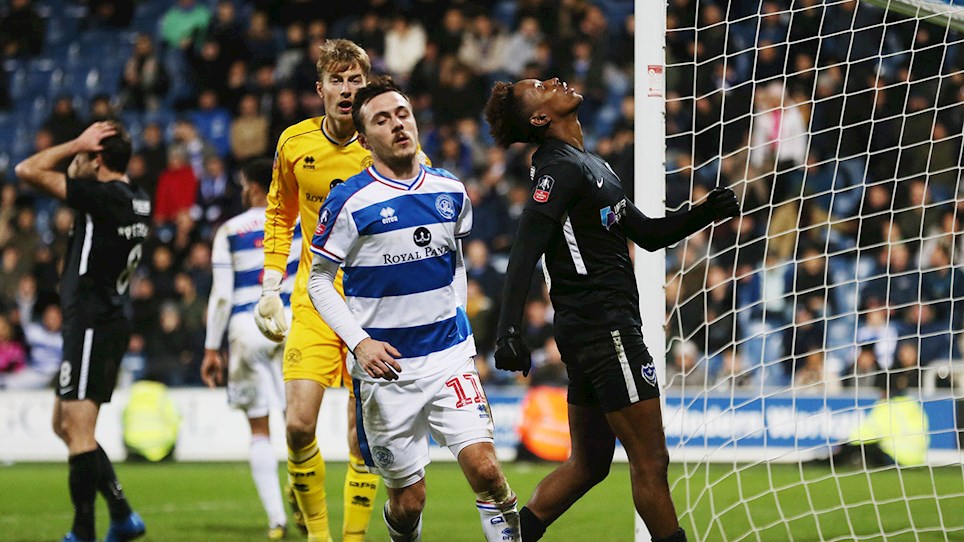 
View the photos from the Blues' fourth round exit 
They reached the fourth round of the Emirates FA Cup for just the second time since going all the way to the final in 2010. 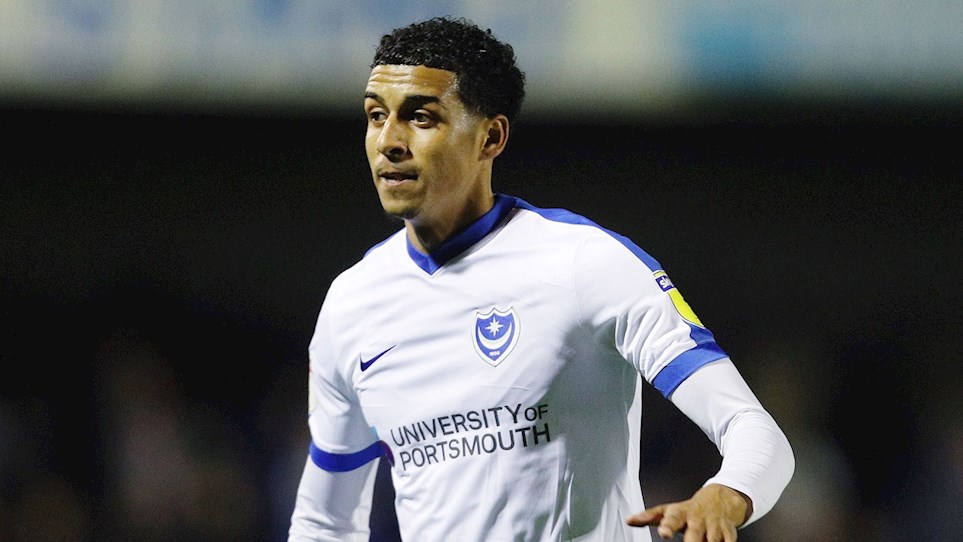 
Kenny Jackett has made five changes for tonight’s Emirates FA Cup fourth round replay at QPR.

by Neil Weld at Loftus Road

Pompey were beaten 2-0 by QPR in a fourth round replay to end their FA Cup adventure at Loftus Road.

There were just short of 3,000 fans who made the trip to the capital and they saw their side look solid for most of the contest, without creating many opportunities.

Craig MacGillivray also had little to do, although Darnell Furlong did strike the woodwork for the hosts before the break.

But the Championship hosts made sure of a home clash Watford in the next stage, as Nahki Wells and Matt Smith struck in quick succession during the second half.

Kenny Jackett made five changes from the side that drew with Doncaster in the league at the weekend.

Jack Whatmough and Dion Donohue made way because of injury, Ronan Curtis was suspended and Omar Bogle ineligible, while Nathan Thompson dropped to the bench.

The hosts had an early chance to break the deadlock, but Smith could not divert Furlong’s cross on target with a powerful header.

Rangers were enjoying plenty of pressure, although there were not many clear-cut openings at either end of the pitch.

A corner led to a scramble in the box and when the ball eventually fell for Massimo Luongo, he blazed over.

The visitors grew in confidence as the first half progressed, but continuously saw attacking moves break down in the final third.

Perhaps their best opening came when May’s corner was not properly dealt with, although the ball would not fall for a black-shirted player.

It was the Championship side who had the best chance of the half when Furlong glanced Freeman’s delivery against the crossbar.

May tried to send Walkes away with a fine pass from deep just before the break, only for Jake Bidwell to spot the danger and make a vital interception.

Chances continued to be at a premium once the action restarted, with Luongo clearing the crossbar again before Matt Clarke headed clear a dangerous Freeman delivery.

Josh Scowen then became the first player to be punished by referee David Coote, earning a yellow card for a late challenge on Ben Close.

It was still Rangers looking more of a threat, although Luongo could not divert his header on target after finding space to meet Freeman’s free-kick.

Wells looked like he might break the deadlock after surging into the box, only for Clarke to arrive with a perfectly-timed challenge before he could get a shot away.

Jackett made a couple of changes soon after, with May and Dennis making way for Bryn Morris and Gareth Evans.

It was the latter who had a rare shot for the visitors, but could not divert Lee Brown’s low cross on target.

But QPR forged ahead on 70 minutes when a corner from Freeman was nodded down by Smith for Joel Lynch.

His shot was heading for the target, but might have been stopped by MacGillivray before Wells stuck out a boot to flick the ball into the net.

Jackett immediately made an attacking substitution, throwing on another striker in Brett Pitman to replace Close.

But Rangers soon strengthened their advantage, as Smith converted a Freeman free-kick with a bullet header.

They might have had another moments later, with MacGillivray tearing from his line to deny Bidwell.

Pompey kept battling away in the closing stages, but QPR saw out the final few minutes to book their place in the fifth round for the first time since 1997.


View the photos from the Blues' fourth round exit


They reached the fourth round of the Emirates FA Cup for just the second time since going all the way to the final in 2010.


Kenny Jackett has made five changes for tonight’s Emirates FA Cup fourth round replay at QPR.

Pompey have sold their full allocation of tickets for the Emirates FA Cup fourth round replay at QPR.

It means that Kenny Jackett’s side will be backed by more than 2,800 fans at Loftus Road on Tuesday, February 5 (7.45pm kick-off).

All supporters who applied in the ballot were successful, while 500 extra seats were snapped up a day after going on general sale.

The winners will host Watford in the fifth round, with the tie being screened live on BT Sport on Friday, February 15 (7.45pm kick-off). 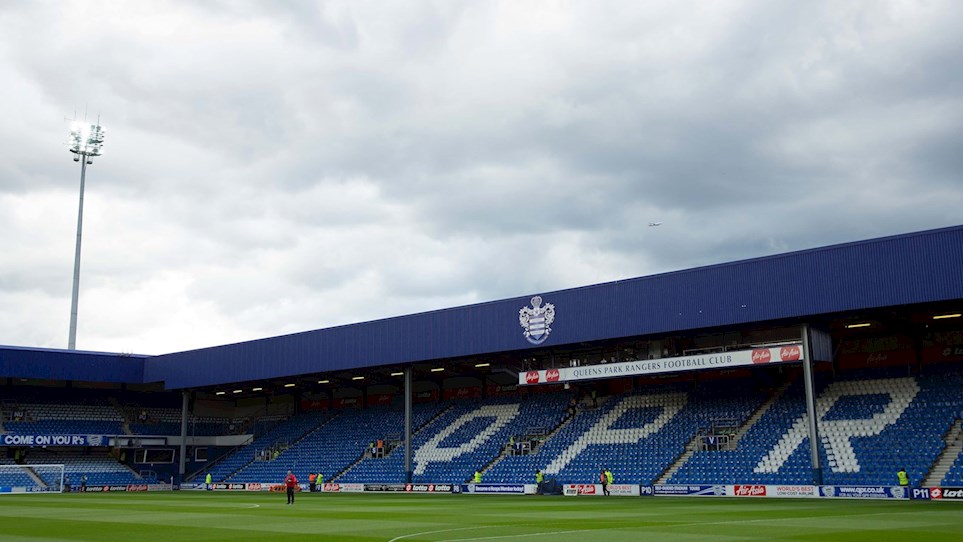 
All season ticket holders and shareholders who entered the QPR ticket ballot were successful with their applications.


The ballot for FA Cup replay tickets will close at 11.59pm this evening (January 28).


A ballot will be held to allocate tickets for Pompey’s Emirates FA Cup fourth round replay at QPR.