Pompey return to the bread and butter of League One football after progressing in both the FA Cup and Checkatrade Trophy.

With promotion rivals Sunderland and Luton meeting this weekend, they could extend their advantage at the top of the table.

But Kenny Jackett’s side will have see off a Blackpool outfit who have proved a difficult team to breach this term.

The Seasiders have conceded just 25 goals in the league – fewer than any other side outside of the top five.

They are currently sitting in 11th position and are 10 points adrift of the play-off spots, but only eight clear of the drop zone.

Gary Bowyer stepped down as manager after the opening game and Terry McPhillips’ reign as his replacement began with a 2-1 defeat to Pompey at Bloomfield Road.

Their form improved dramatically from that point, but has tailed off in recent weeks, with five losses from the past seven league fixtures.

Blackpool’s last outing saw them beaten 3-0 by Arsenal on home soil in the FA Cup, while they were also knocked out of the Carabao Cup by the same opposition.

TEAM NEWS
Lee Brown is set to return to training next week following a hamstring injury, so Saturday’s game comes too soon for the left-back.

TICKETS
There is limited seating in the Milton End still available, so click here to secure your seat before they sell out.

BETTING
Pompey are the 3/5 favourites with Sky Bet to secure all three points, while the visitors can be backed at 19/4. 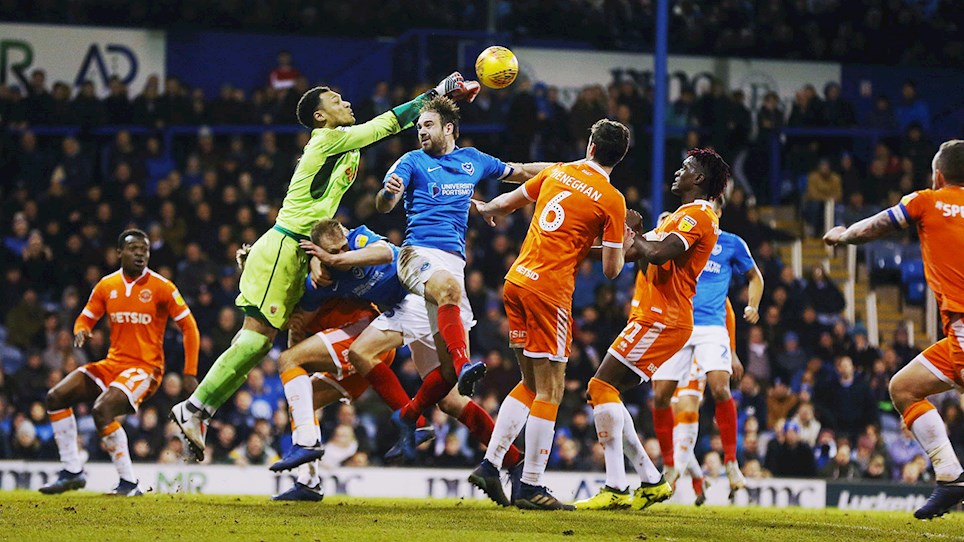 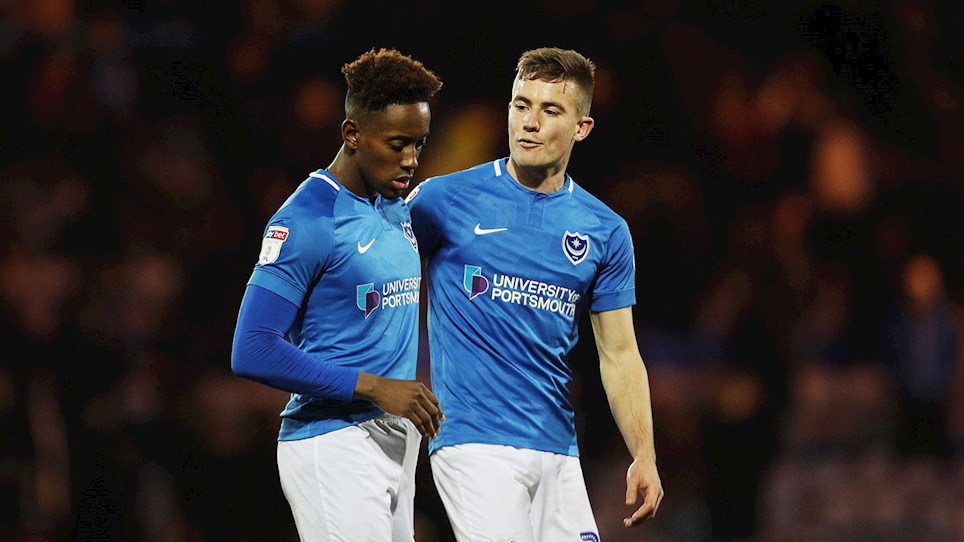 Naylor: We Were Flat


Tom Naylor wants to make sure that Pompey’s lacklustre performance against Blackpool was nothing more than a blip.

Pompey suffered their first defeat of 2019 as they lost by a single goal to Blackpool in a largely turgid encounter at Fratton Park.

The action intensified following a soporific opening 45 minutes, but it was the visitors who struck through Chris Long.

And they held on for the closing stages as the Blues threw men forward in an ultimately unsuccessful attempt to find a leveller.

Kenny Jackett made one change from the side that secured a dramatic FA Cup victory against Norwich the previous week.

Andre Green – who came off the bench to net a stoppage-time winner at Carrow Road – was rewarded with a return to the starting line-up.

The first half was a drab affair that was greeted with more yawns than cheers from another packed Fratton crowd.

A Jay Spearing free-kick caused a few problems, but when the ball made its way to Callum Guy, he fired well wide.

Ben Heneghan then did well to turn the ball behind and stop Brett Pitman from capitalising on Jack Whatmough’s long pass.

A corner from Evans was nervously punched clear by Christoffer Mafoumbi on 20 minutes, but the Blackpool back-line were able to clear.

It was the visitors who looked more likely to break the deadlock during a bright 10-minute spell towards the end of the half.

Armand Gnaduillet had two chances in quick succession, but swiped at thin air from a Liam Feeney delivery and then headed a cross from Donervon Daniels straight into Craig MacGillivray’s arms.

And a second decent ball into the box from Daniels was turned over by Nathan Delfouneso at the near post.

Pompey finally started to threaten just before the break and a fine Pitman cross was just out of reach for Ronan Curtis.

Jamal Lowe had a shot deflected behind as the Blues began the second half with a lot more energy and attacking intent.

Blackpool then survived a couple of corners, while Nick Anderton would have been relieved to see Pitman’s cross evade a blue-shirted player after making a mess of his clearance.

There was an injury-enforced substitution on 55 minutes – but it was not any of the players who had to come off.

Pompey continued to look more of a threat going forward, but their moves kept breaking down in the final third.

A good example was when Lowe cut the ball back for Green on the edge of the box, only for the loanee to take an air kick.

That proved to be his last contribution of note, with January signing Andy Cannon coming on for his debut on 64 minutes.

And the new arrival was soon involved in a lovely move involving Matt Clarke, Lowe and Curtis, with the latter seeing his effort blocked.

But it was Blackpool who took the lead on 75 minutes when Gnanduillet flicked the ball on for substitute Long to fire home.

The hosts started to apply more pressure and Marc Bola bravely blocked Lowe’s drive, while Clarke’s cut-back somehow evaded his team-mates queuing up in the box.

Anton Walkes then swung in a fine left-footed cross, but Pitman’s glancing header was held by Christoffer Mafoumbi.

And the goalkeeper made a better save on 88 minutes to keep out Clarke’s hooked effort from a Lowe centre.

Pompey continued to throw everything at the Seasiders as the seconds ticked down, but they held on to take the three points back to the north-west.

Naylor: We Were Flat


Tom Naylor wants to make sure that Pompey’s lacklustre performance against Blackpool was nothing more than a blip.

Pompey’s junior supporters can watch the Fratton fixture against Blackpool for as little as £1.

Having previously run the campaign for the clash with Burton in October, we are once again encouraging young fans to attend a home match.

And with Christmas fast approaching, what better present is there than the gift of football?!

Seats for the game – which takes place on Saturday, January 12 (3pm kick-off) – are on general sale.

Adult and senior (64+) supporters can purchase up to two junior (17 and under) tickets in the same transaction for just £1 each.