Pompey host Peterborough this evening (7pm kick-off) in the first of a cup double, as they take a temporary break from their promotion bid.

Championship side QPR visit the south coast in the FA Cup at the weekend, but first up is a clash to decide who will reach semi-finals of the Checkatrade Trophy.

After topping their group, the Blues have seen off Arsenal’s youngsters and Southend to reach this stage.

Their visitors, meanwhile, finished runners-up to Luton before enjoying victories over Exeter and Chelsea U21s.

This is the furthest that Pompey have reached in the competition, while Posh lifted the trophy at Wembley back in 2014.

Both clubs have freely admitted that their number one priority this season is securing success in League One.

But each suffered defeat at the weekend, with United on the wrong end of a 4-0 thrashing at in-form Luton.

It was a contest between two unbeaten sides when Pompey and Peteborough met at London Road in mid-September.

Goals from Oli Hawkins and Jamal Lowe ensured it was the visitors celebrating a 2-1 triumph, leapfrogging their opponents into first position in the process.

TEAM NEWS
Kenny Jackett is likely to ring the changes for tonight’s tie, with teenagers Matt Casey and Dan Smith among those who could feature.

Oli Hawkins (calf), Luke McGee (wrist) and Nathan Thompson (hamstring) are all injured, while Andy Cannon and Bryn Morris are both cup-tied.

Louis Reed and Ryan Tafazolli are both suspended for Peterborough, with loan duo Kyle Dempsey and Ben White unable to feature, having already appeared in the competition for their parent clubs.

VIEW FROM THE DRESSING ROOM
Read the thoughts of Kenny Jackett and Dan Smith or register for a free iFollow account to watch the below videos.

TICKETS
Pompey fans can secure their seats online here or from the Anson Road ticket office. Please note that only the Fratton End and South Stand are open for this match.

From 5pm this evening they will also be available to buy from the matchday ticket office in Frogmore Road.

Supporters collecting tickets should visit the main reception at Fratton Park from 5pm this evening.

Fans buying or collecting tickets are advised to do as early as possible in order to avoid long queues.

Please note that the Warrior Lounge – located behind the Fratton End – will be open for supporters from 6pm this evening.

Parking in the North Stand car park is priced just £5 for tonight’s game and is allocated on a first come, first served basis.

Domestic subscribers will, as usual, be able to listen to listen to live commentary from Ian Wilding and Alan McLoughlin by signing into their account and visiting the match centre from 6pm.

BETTING
Pompey are the 13/10 favourites with Sky Bet to secure victory after 90 minutes, while the visitors can be backed at 9/5.

ALSO IN CHECKATRADE TROPHY
All other games kick-off at 7.45pm 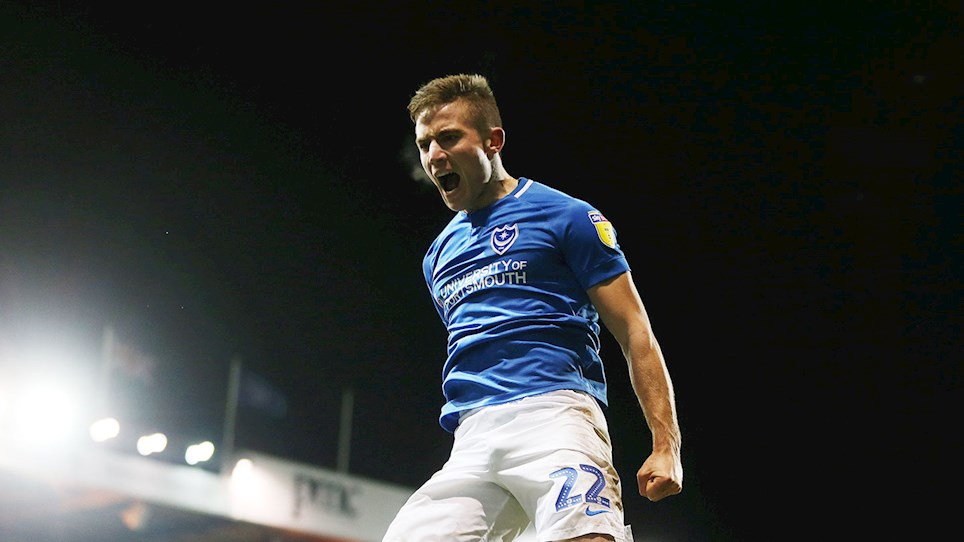 
Pompey are now just one win away from a return to Wembley. 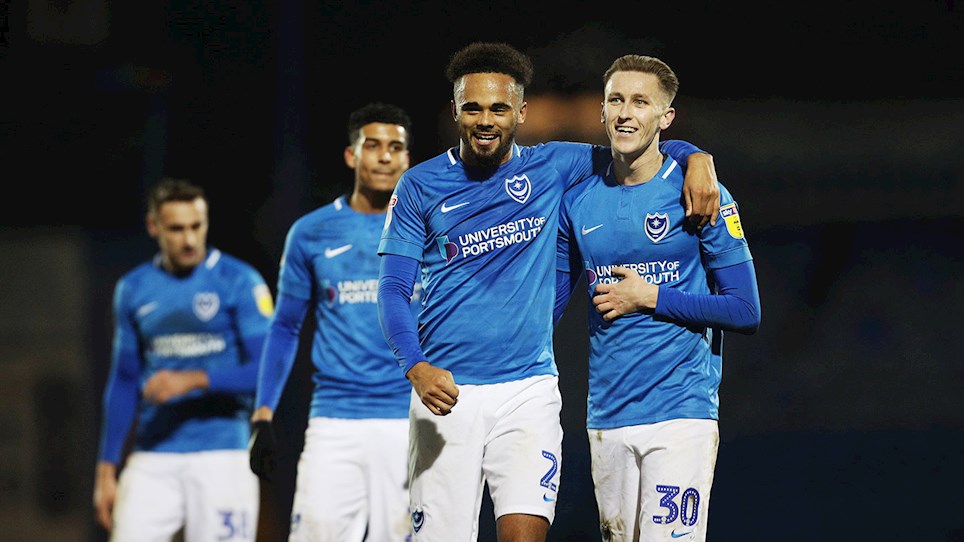 
View the photos from the Blues' quarter-final victory 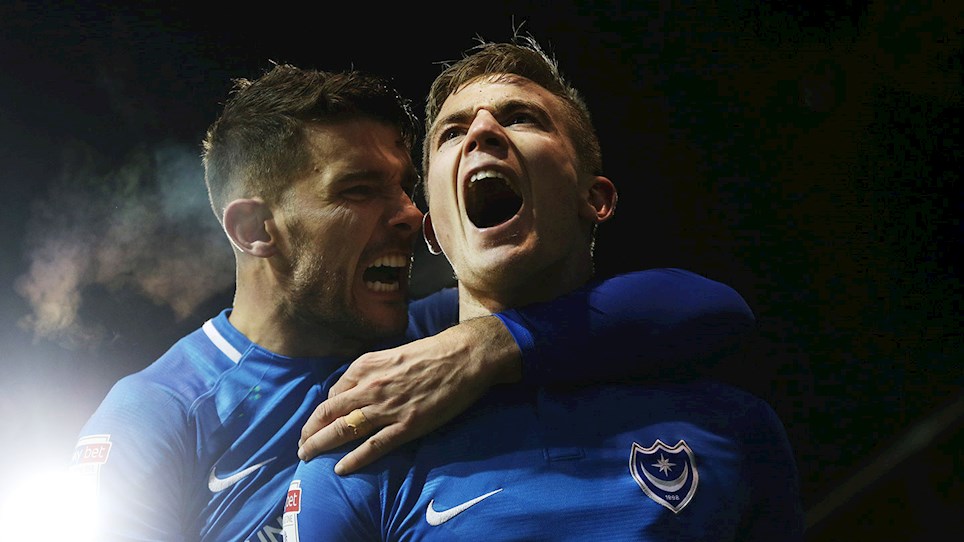 
There were five minutes remaining and it looked like penalties would be required to decide who reached the Checkatrade Trophy semi-finals.

A late strike from David Wheeler saw Pompey see off Peterborough to reach the semi-finals of the Checkatrade Trophy.

The visitors were finishing the tie on the ascendency, with Christian Burgess and the crossbar coming to the Blues’ rescue.

But a penalty shoot-out looked likely until Wheeler scored with five minutes remaining to bring Wembley a step closer.

Kenny Jackett made seven changes from the side that were beaten at Oxford in the league on Saturday.

Skipper Gareth Evans kept his place in the starting line-up, as did Craig MacGillivray, Jamal Lowe and Wheeler.

There was plenty of youth on display, with academy full-back Haji Mnoga joined by third year scholars Matt Casey and Dan Smith.

Burgess, Brandon Haunstrup, Ben Close and Adam May added a bit more experience to a youthful side.

It was Pompey who looked the bigger threat for much of the first half and a low Haunstrup cross was turned narrowly past his own post by Rhys Bennett.

Evans then curled a free-kick just past the upright, while a scuffed May effort hit Smith’s heel and rebounded clear.

Their first clear-cut opportunity arrived on 22 minutes when Burgess lofted a fine pass over the Posh defence to find Wheeler.

The winger brought the ball down neatly, but Conor O’Malley was quickly off his line to block the shot.

Lowe then cut inside from the left and hit a fierce effort that was diverted over the bar by Ryan Tafazolli.

And Haunstrup found space to surge forward on 34 minutes, then flashed a low shot just past the post.

But Peterborough started to look dangerous as the interval approached and Joe Ward’s cross almost caught out MacGillivray.

The ball drifted towards goal, forcing the keeper to push it against the bar, with Wheeler clearing behind before Daniel Lafferty could pounce.

Lee Tomlin then found George Cooper with an incisive pass, but the midfielder’s first touch was heavy and the opportunity disappeared.

It was the Blues who were first to have a chance after the interval, although Wheeler could not keep his shot down after Haunstrup’s pass had been fed into his path by Smith.

Burgess was enjoying a chance to impress and showed some silky footwork to twice leave Tomlin floundering.

The Posh winger was not amused, however, and kicked out at his opponent, with referee Andy Woolmer surprisingly deciding that a talking was all that was required.

And the official also kept his cards in his pocket moments later when Ivan Toney clattered into Burgess.

Jackett made a double substitution just before the hour mark, with Smith and Mnoga making way for Louis Dennis and Anton Walkes.

Toney had a couple of attempts for the visitors, scuffing one comfortably wide before a curling a second narrowly over.

Genuine chances were proving to be at a premium, though, and Evans sent a shot off target, while Close had an effort blocked.

Cooper wasted a good chance for the visitors by blazing wide after being teed-up by Siriki Dembele and tried to claim a corner to spare his blushes.

But the hosts somehow avoided falling behind during an incredible passage of play on 81 minutes.

MacGillivray did well to deny Cooper and Toney in quick succession, before Jason Naismith’s effort was cleared from the line by Burgess.

But the ball fell back to the Posh right-back and his header hit the bar, with Burgess again on hand to hack clear.

It was Pompey who broke the deadlock on 85 minutes, however, as Evans’ corner from the left was emphatically converted by WHEELER’s first-time finish.

The lead might have been doubled, but Dennis sent a shot just over the bar, while O’Malley denied Wheeler again.

One goal was enough, though, as the Blues comfortably saw out the final moments to reach the last four.


Pompey are now just one win away from a return to Wembley.


View the photos from the Blues' quarter-final victory


There were five minutes remaining and it looked like penalties would be required to decide who reached the Checkatrade Trophy semi-finals.