Pompey are looking to progress in a cup competition for the second time in the space of a few days this evening.

Kenny Jackett’s side visit fellow League One outfit Southend with a place in the fourth round of the Checkatrade Trophy up for grabs.

The match comes hot on the heels of the Blues’ dramatic victory at Norwich in the FA Cup, which set up a Fratton Park clash with QPR.

But Southend were without a game at the weekend and so are likely to field a stronger team than their visitors.

Chris Powell’s men are currently sitting 10th in the third tier standings, but are 10 points adrift of the play-off places.

They reached this stage of the competition by coming second to Cambridge in Southern Group B and then beating Luton on penalties in round two.

The Shrimpers have never lifted the trophy, but did finish as runners-up in 2004, 2005 and 2013, losing to Crewe at Wembley on the most recent occasion.

It was Pompey who came out on top when the sides met at Fratton Park in the league last month, courtesy of Michael Turner’s own-goal and a Jamal Lowe header.

TEAM NEWS
Pompey are expected to make multiple changes to their side, with several young players set to be involved.

TICKETS
Seats can be secured from the away ticket office at Roots Hall this evening. Click here for more details.

BETTING
Pompey are the 11/8 favourites with Sky Bet to secure victory after 90 minutes, while the hosts can be backed at 7/4. 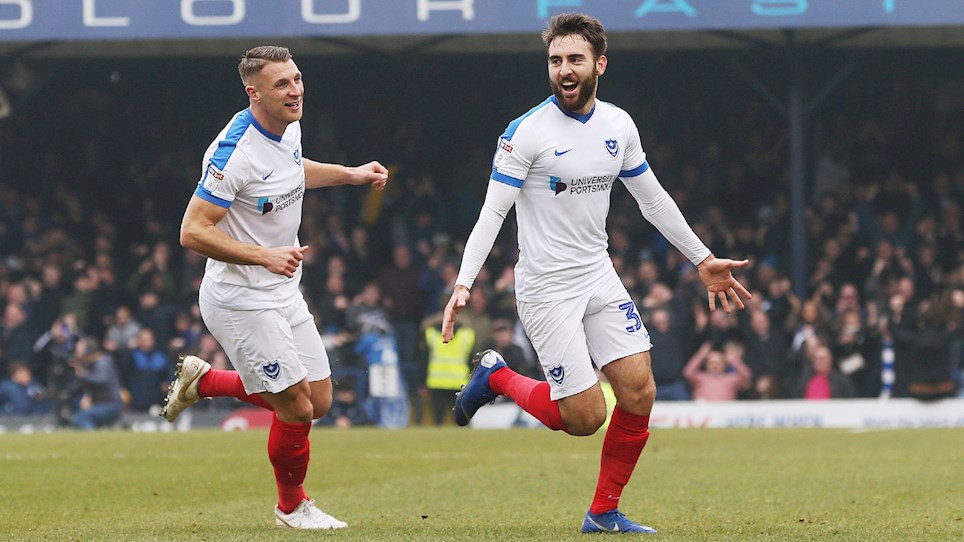 
It should have been a day of celebration for Ben Close. 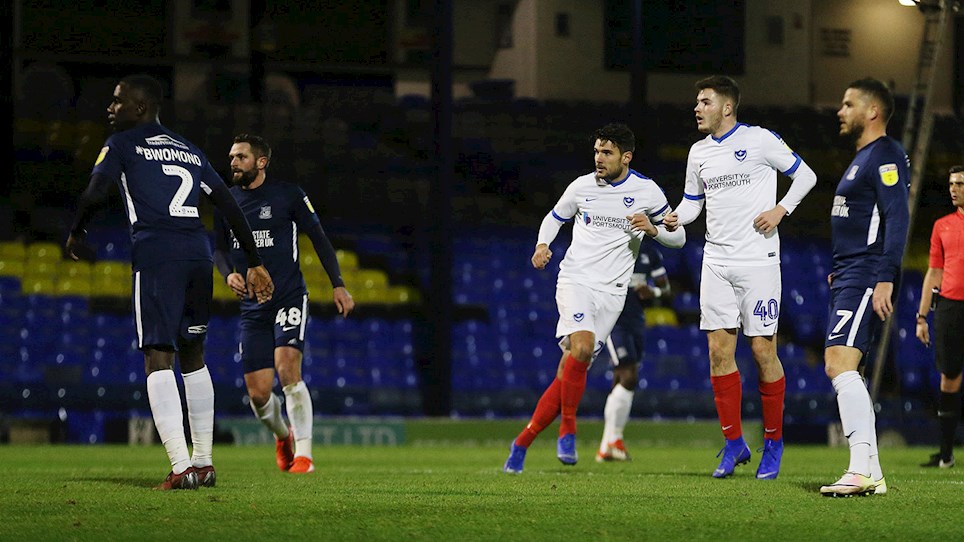 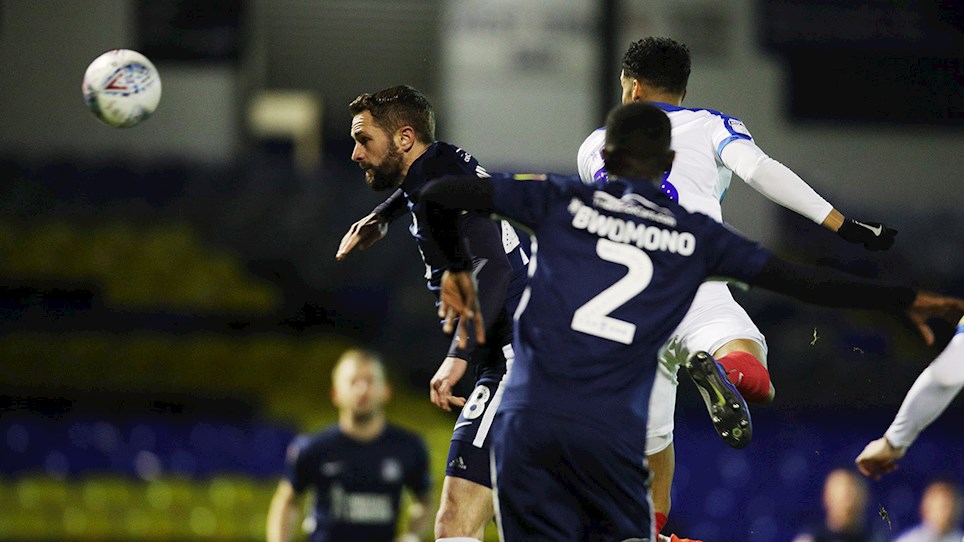 
View the photos from the Blues' third round triumph at Roots 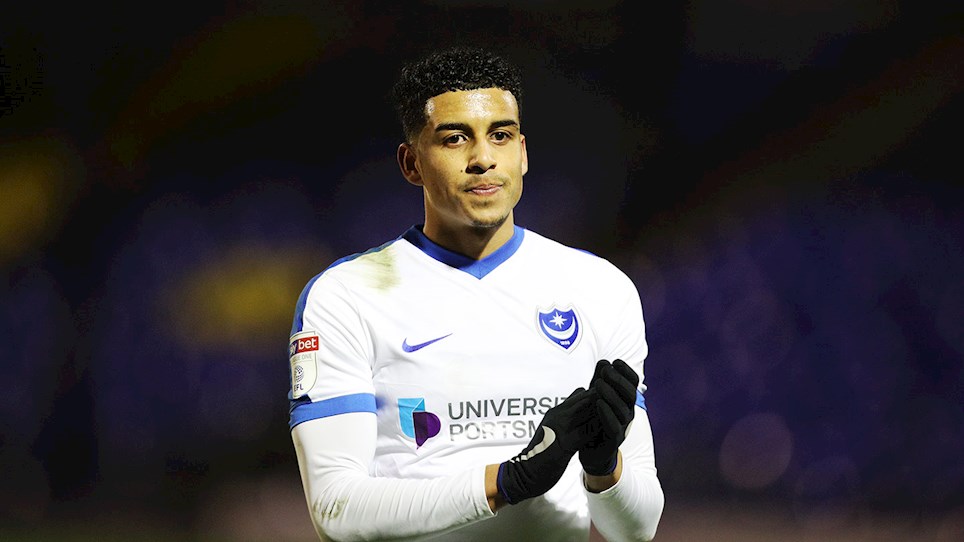 
There were just 93 seconds on the clock when Louis Dennis opened his account for Pompey.

A youthful Pompey side eased past Southend at Roots Hall to reach the last eight of the Checkatrade Trophy for the first time.

They went ahead through Louis Dennis almost immediately from kick-off and never looked like relinquishing that lead.

Gareth Evans then wrapped things up on the stroke of half-time before a turgid second period that did little to excite the small Essex crowd.

Kenny Jackett made 10 changes from the side that secured a dramatic FA Cup victory at Norwich at the weekend.

Evans – who wore the captain’s armband – was the only man to keep his place, although substitute goalscorer Andre Green also featured.

Dan Smith was handed a debut at right-back, with fellow teenagers Matt Casey and Bradley Lethbridge also given an opportunity to impress.

Christian Burgess, Brandon Haunstrup and David Wheeler added first team experience to a young side, with Dennis, Adam May and Alex Bass making up the starting 11.

The hosts – by contrast – were fielding a much more experienced side and yet found themselves behind with just 93 seconds on the clock.

Wheeler played the ball to Smith on the right and his smart delivery into the box was nodded into the net by DENNIS to open his Blues account.

Pompey looked the more dominant outfit throughout the first half and a free-kick from Evans was unconvincingly punched behind by Ted Smith.

May screwed a shot wide of the post after being teed-up by Lethbridge, who then fired a fierce effort narrowly over the bar.

It looked like the lead would be doubled on 28 minutes when Wheeler raced on to Green’s threaded pass, but the winger slotted inches past the post.

Southend had done little to threaten the visitors' goal, although a short free-kick routine almost saw them level.

The ball was played to former Fratton triallist Theo Robinson and his low delivery somehow evaded both Harry Bunn and Taylor Moore as they slid in at the far post.

Pompey immediately went up the other end to create an opening of their own, as Burgess met an Evans corner and saw his header cleared from the line by a well-placed Robinson.

But they did score again in stoppage-time when Dennis showed neat footwork to tee-up EVANS, who lashed the ball past a helpless Smith.

Jackett made a change at the start of the second half, with academy midfielder Freddie Read replacing Green.

And Evans almost got the half off to the perfect start, curling a free-kick past Smith’s grasp and just wide of the upright.

Leon Maloney then became the second Blues player to make his debut, with the youth team forward coming on for Lethbridge.

It was still the visitors looking more likely to add to the scoring and May fired over when Casey sent Evans’ free-kick back into the centre.

The traffic was not totally heading in one direction, however, and Burgess had to block a Stephen McLaughlin shot following a spell of Shrimpers pressure.

But, in truth, neither side was doing much to raise the tempo as the minutes ticked down with very little in the way of noteworthy incidents.

Southend did win a series of corners towards the end of the contest, but it was proving to be a comfortable evening for Bass between sticks

A long-range volley from Read was not too far off target, but Pompey had already done comfortably enough to ensure their name would be in Thursday evening’s quarter-final draw.


It should have been a day of celebration for Ben Close.


View the photos from the Blues' third round triumph at Roots


There were just 93 seconds on the clock when Louis Dennis opened his account for Pompey.

Tickets are still available for Pompey’s Checkatrade Trophy visit to Southend on Tuesday.

The third round tie at Roots Hall kicks-off at 7.45pm, with Blues fans allocated unreserved seating in the North Stand.

They can be purchased online here, by calling 0345 646 1898 or in person from the Anson Road ticket office until midday on Tuesday.

But supporters can also buy – cash only – from the away ticket office (next to the away turnstiles) at Southend from 5.30pm on the evening of the game.


The date has been set for Pompey’s Checkatrade Trophy clash with Southend.