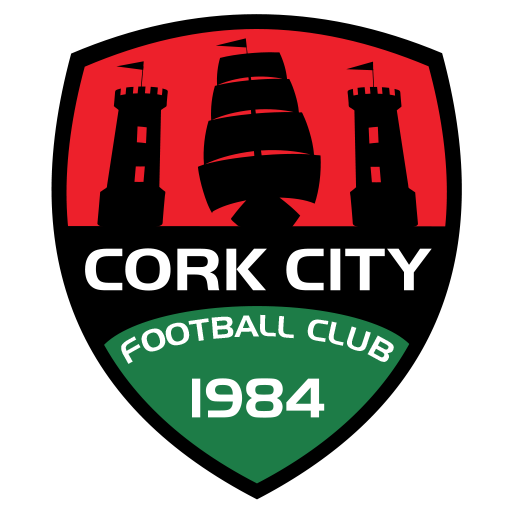 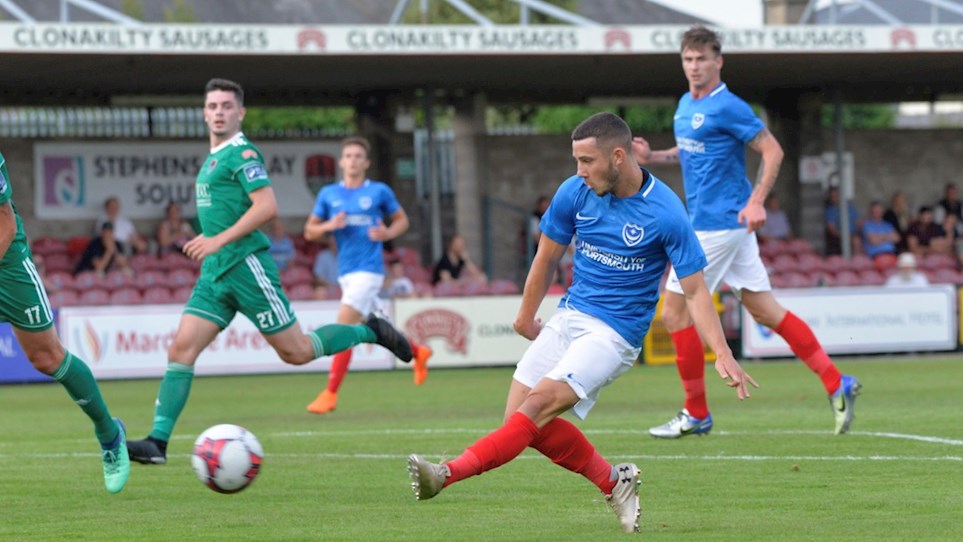 Chaplin: I Was Itching For Pompey Return


The summer holiday provided the chance for a much-needed breather. 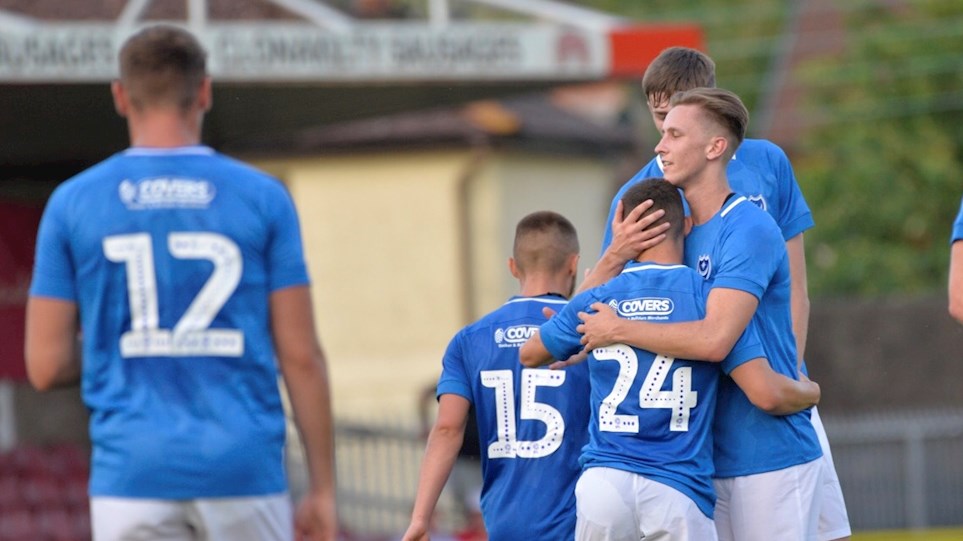 
View the goals from Pompey's first pre-season friendly of the summer.


View the image gallery from Pompey's 4-1 victory over Cork at Turner's Cross.

Jackett: Back In The Habit


Victories in pre-season do not necessarily translate into success when the competitive fixtures begin.

by Neil Weld at Turner's Cross

Pompey got their pre-season campaign off to a winning start with a 4-1 victory over Irish top-flight champions Cork at Turner’s Cross.

Christian Burgess and Jamal Lowe got the ball rolling with a goal each during a dominant opening 45 minutes for the English team.

Josh O’Hanlon reduced the deficit after the break, but Conor Chaplin showed he had lost none of his attacking instincts by adding a brace.

Kenny Jackett fielded a completely different team in each half and there was a first glimpse of all five of his summer signings.

Pompey looked the far superior team in the first half, although the hosts – in the middle of their title defence – made plenty of changes.

Brett Pitman had an early sighter saved low down by City keeper Peter Cherrie, while Naylor headed a corner clear at the other end.

A couple more half-chances followed for each side, with Brown dragging wide for the visitors before O’Hanlon sent a shot dipping narrowly over.

The few hundred travelling fans were in fine voice and would have enjoyed seeing Danny Rose – back from a long injury layoff – go into a crunching challenge as if he had never been away.

The deadlock was broken just seconds later, however, when another Evans set-piece was firmly headed home by BURGESS.

Curtis then got free down the left and cut the ball back for Pitman, who hit a rocket of a shot that cannoned back off the underside of the crossbar.

And the lead was doubled just seconds later, as the skipper lofted a ball over the Cork defence and LOWE ran on to it before prodding into the net.

Pitman was looking a real threat and volleyed wide from Brown’s delivery, then failed to find the target at the back post after being picked out by Lowe.

Pompey were pouring forward at every opportunity and Curtis was denied by Cherrie, while Lowe had an effort deflected wide just before the break.

Whatmough wore the armband for the second half, leading a more youthful side that included academy duo Freddie Read and Joe Dandy, as well as first year pros Matt Casey and Dan Smith.

And the visitors saw their lead halved when John Kavanagh squared for O’Hanlon, who managed to force a shot under Luke McGee’s body.

But the two-goal advantage was restored soon after, as CHAPLIN stole possession and found Oli Hawkins, before receiving the ball back and lashing home.

It was certainly a more balanced contest since the interval and both sides looked capable of adding to the scoring.

A spell of pressure from the hosts led to a Blues breakaway and Smith seeing a shot deflected on to the roof of the net.

Read then had an attempt from long-range and the ball flew narrowly off target as the visitors looked to wrap things up.

And that is exactly what happened on 76 minutes, when CHAPLIN made space for himself 25 yards out and fired home a fine effort that left Cherrie rooted to the spot.

The closing stages passed by without too much incident, although it was certainly a positive workout for the Blues on their return to match action.

Chaplin: I Was Itching For Pompey Return


The summer holiday provided the chance for a much-needed breather.


View the goals from Pompey's first pre-season friendly of the summer.


View the image gallery from Pompey's 4-1 victory over Cork at Turner's Cross.

Jackett: Back In The Habit


Victories in pre-season do not necessarily translate into success when the competitive fixtures begin.

Pompey fans are now able to buy tickets for the pre-season friendly against Cork.

Kenny Jackett’s side will face the League of Ireland Premier Division champions at Turner’s Cross on Monday, July 2 (7pm kick-off).

Fans will also be able to pay on the day (cash or card) from the ticket booths outside the stadium, which are open from an hour before kick-off.

Pompey supporters will be located in Block J of the St Anne’s stand.

Tickets can also be bought in advance for the friendly matches at Moneyfields and Stevenage. Click here for more details.