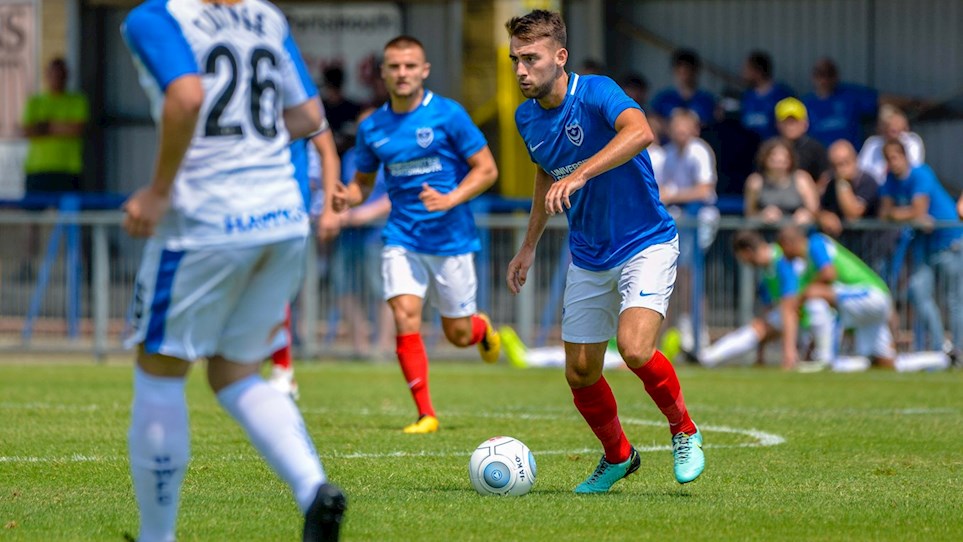 
With the sun beating down on Westleigh Park, conditions were not ideal for a game of football. 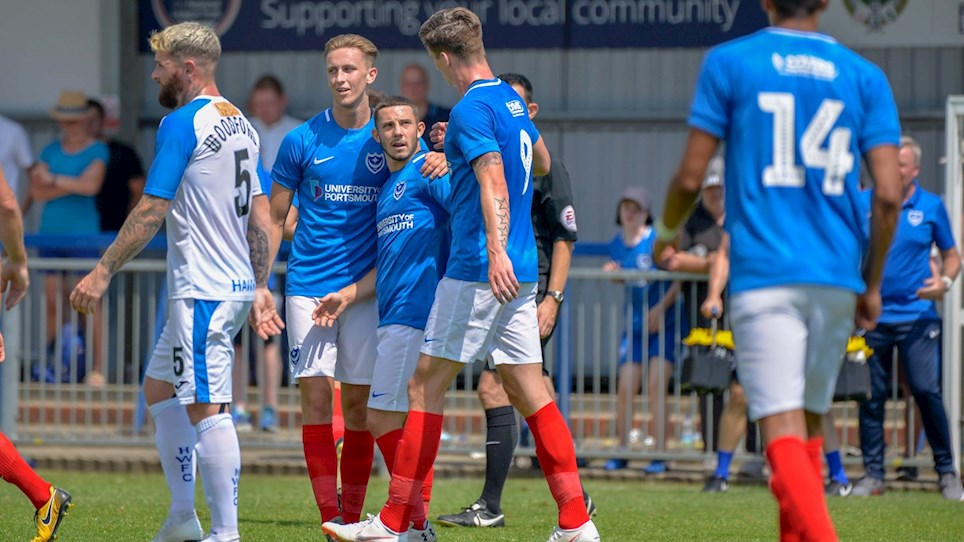 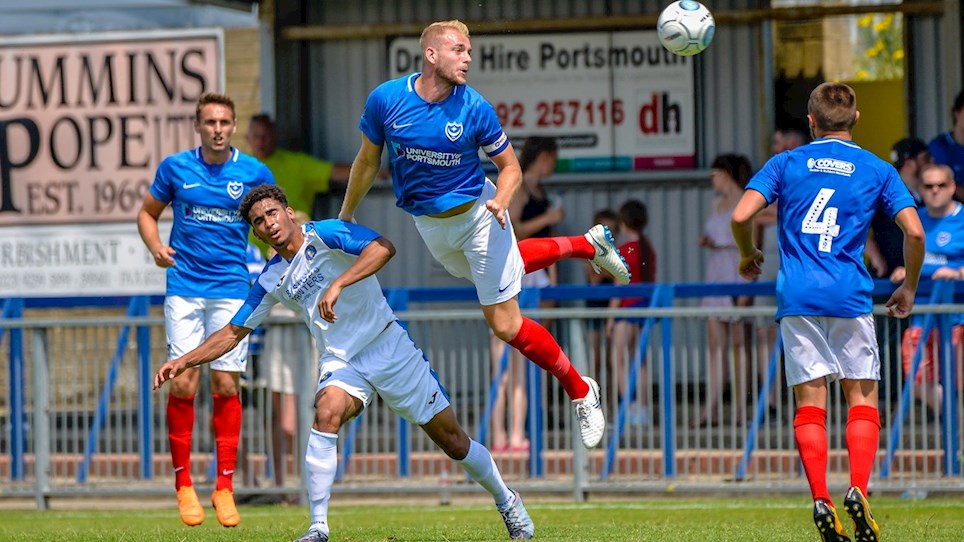 Conor Chaplin grabbed a late winner as Pompey fought from behind to beat Havant & Waterlooville at Westleigh Park.

Alfie Pavey had fired the National League outfit ahead from the penalty spot, only for Nathan Thompson to find a quick leveller.

And substitute Chaplin ensured the Blues would leave with a victory by taking his pre-season tally to three goals.

Kenny Jackett fielded a different 11 in each half, as he had done at Cork earlier in the week.

The Hawks fielded a raft of familiar names, including Paul Robinson – also employed as a coach at Fratton Park – Nicke Kabamba and Wes Fogden.

The game started at a relatively leisurely pace, not surprising considering the scorching conditions.

Recent Hawks signing Pavey attempted an audacious shot from 40 yards in the early stages, but the ball sailed over the crossbar.

At the other end, a corner from Gareth Evans was only partially cleared and Tom Naylor drilled wide of the post.

It looked like the deadlock would be broken on 11 minutes following a neat one-two between Ronan Curtis and Brett Pitman, only for a fine Jordan Rose challenge to deny the former.

There were further half-chances for Evans and Lee Brown, as the Blues looked to move through the gears.

Brian Stock might have opened the scoring for the hosts, however, sending the ball drifting over from just inside the Pompey half after MacGillivray had ventured from his box to head clear.

But much of the action was taking place at the opposite end and the non-league side survived an almighty scramble inside their area.

Instead the Hawks took the lead from the penalty spot on 30 minutes, with referee Dean Treleaven –after being instructed by his assistant – deciding that Matt Clarke had fouled Kabamba.

It was Pavey who stepped up to take the spot-kick and he confidently sent MacGillivray the wrong way.

Not that the Blues were behind for long, as THOMPSON strode into the box before arrowing a shot into the bottom corner.

Pitman also had the ball in the back of the net before the break, although the skipper was denied by a linesman’s flag.

Robinson then came to the Hawks’ rescue, making a vital block when Jamal Lowe turned Lee Brown’s delivery towards the target.

For the second friendly in succession, Jack Whatmough was handed the captain’s armband for the second half side.

Hawks then made their 11 changes a few minutes after the restart and it understandably affected the flow of the contest.

Oli Hawkins almost headed Pompey into the lead when he met Dan Smith’s centre, only for Ryan Young’s fingertips to come to the Hawks’ rescue.

His replacement Ben Dudzinski then made relatively comfortably stops to deny Ben Close and Conor Chaplin.

It was the turn of the hosts to threaten on 68 minutes and Luke McGee got down well to keep out Alfie Rutherford’s drive.

Whatmough soon showed why he played in defence, taking a swipe at thin air when Close picked him out unmarked in the box.

And Dudzinski flung himself to the right to keep out Adam May’s fierce effort, with the visitors starting to dominate.

Chaplin was next to try his luck after being teed-up by Close, launching a fine volleyed strike that fizzed narrowly past the post.

And it was CHAPLIN who bagged the winner in the closing stages, steering the ball past Dudzinski’s grasp and into the bottom corner from the edge of the area.


With the sun beating down on Westleigh Park, conditions were not ideal for a game of football.