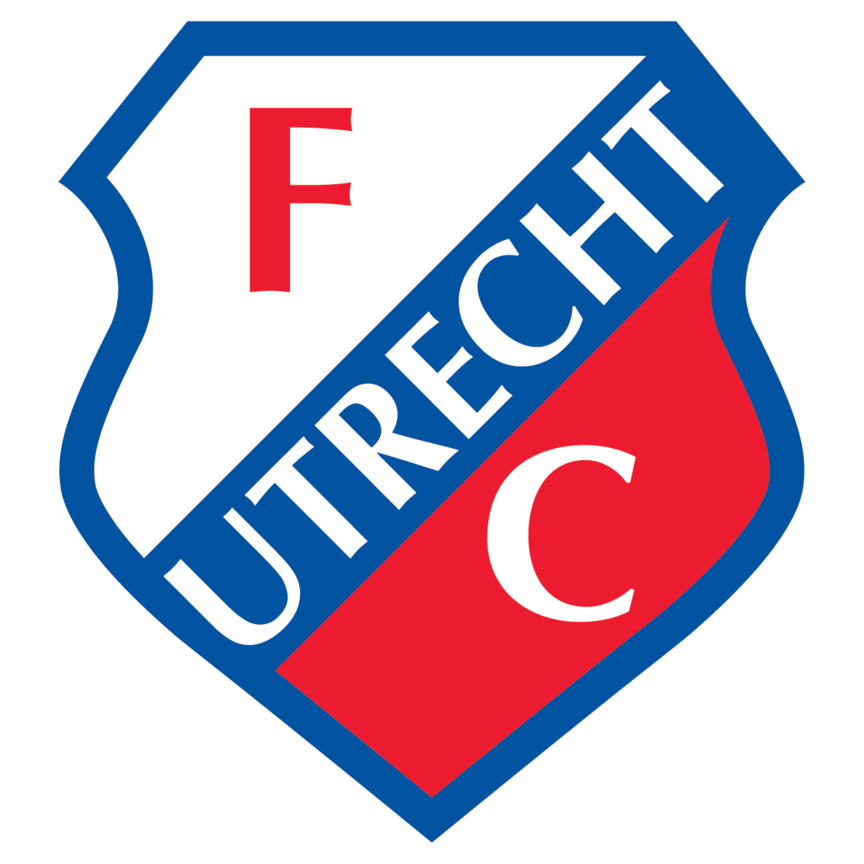 It will be the first meeting between the sides, although there have been previous games against teams from the Netherlands.

The most recent – and high-profile – of these was in December 2008, when Heerenveen visited Fratton Park in the group stages of the UEFA Cup.

Peter Crouch’s brace and a Hermann Hreidarsson header secured a 3-0 victory, although both sides already knew they could not reach the knockout stage.

FC Utrecht are managed by Jean-Paul de Jong and captained by Willem Janssen, who has been converted from an attacking midfielder into a centre-back.

They finished fifth in the Eredivisie last term, but a play-off defeat to Vitesse saw them miss out on a place in the Europa League.

TEAM NEWS
Ben Close (hamstring) and Dion Donohue (illness) are both back in training, but unlikely to feature this weekend.

VIEW FROM THE DRESSING ROOM
Read the thoughts of Kenny Jackett or watch an interview with the Blues boss.

TICKETS
Seats are still available for the friendly contest and can be bought online here.

On the day of the game they can be bought from the ticket office in Frogmore Road and the new site next to the club shop in Anson Road.

Both will be open from 9am and they are also the places to visit for supporters who are collecting pre-purchased tickets.

Only the Fratton End is open for this fixture and seats are unreserved. Fans who originally bought tickets in the South Stand will not need new tickets.

Parking in the North Stand car park is priced £5 per car on a first come, first served basis. The Victory Lounge will be open from 10am.

MATCH COVERAGE
Domestic and overseas iFollow subscribers can listen to live commentary from Andrew Moon and Alan Knight by signing into their account and visiting the match centre or tuning into Express FM.

You can also go behind the scenes by following our Instagram and Snapchat (pompeyofficial) accounts. 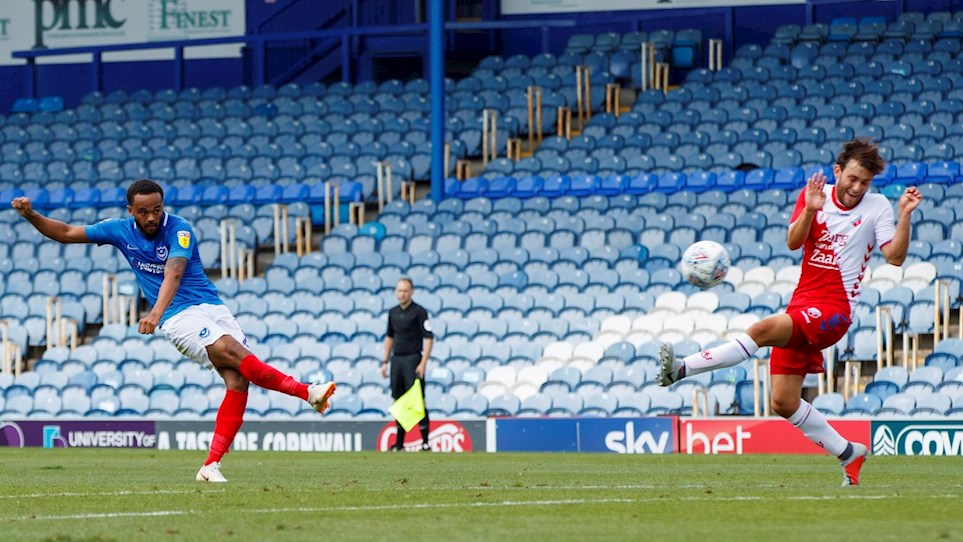 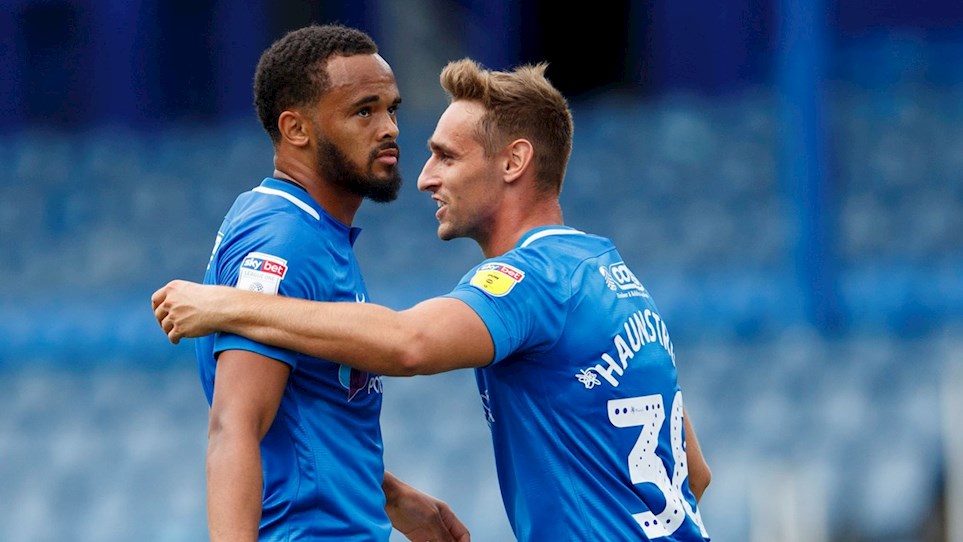 A Worldie From Walkes


It was a goal spectacular enough to grace any competitive fixture – and it was not even the best of the afternoon! 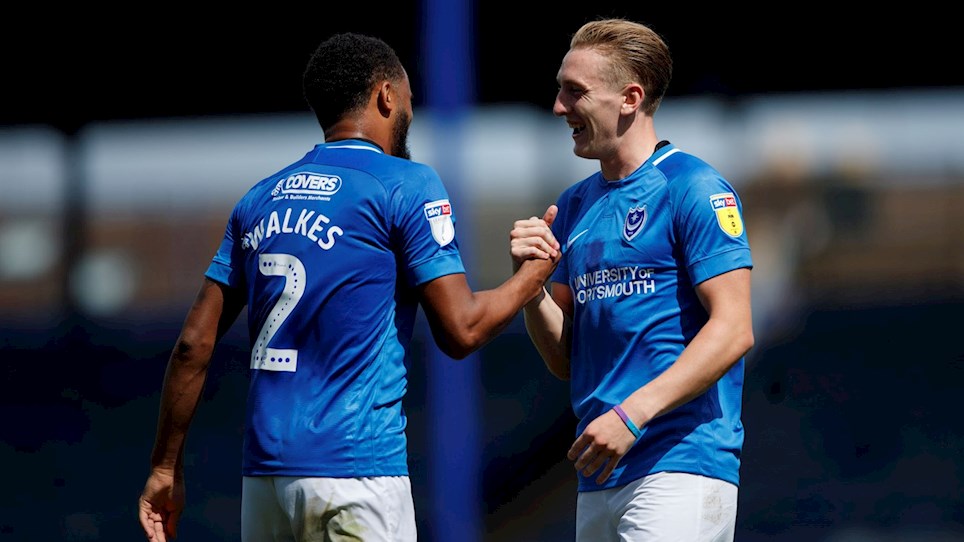 
View photos from the Blues' pre-season draw at Fratton Park Jackett: We Could Have Scored More


It was the final dress rehearsal ahead of the 2018/19 campaign.

Both goals were worthy of a competitive encounter, however, with Sean Klaiber’s long-range strike cancelled out by an equally impressive effort from Anton Walkes.

Ronan Curtis produced a bright performance and was unsurprisingly named man-of-the-match by the sponsors.

Kenny Jackett dispensed with his usual 4-2-3-1 system and opted for a 4-4-2 formation, with Brandon Haunstrup on the left wing.

It was typical friendly fare in the opening stages, with little in the way of excitement at a blustery Fratton Park.

The visitors were forced into an early change when Jack Whatmough and Gyrano Kerk clattered into the advertising hoardings, with the latter replaced by Cyriel Dessers.

But neither goalkeeper was given much to do and so the quality of the opening goal caught everyone by surprise.

Dessers rolled the ball across to Klaiber and the right-back hit a stunning long-range shot that arrowed into the top corner.

Pompey improved as the half progressed and crosses from Haunstrup and Nathan Thompson were inches away from reaching their intended targets.

Curtis did meet a free-kick from Naylor and half of the Fratton End thought his header was in, when the ball in fact flew into the side netting.

Sander van de Streek then had a chance at the other end, but his angled drive was beaten away by MacGillivray.

Curtis was proving a lively presence up front for the hosts and almost capitalised on a defensive mix-up, only to see his eventual shot blocked.

It was the Blues on top as the interval approached and Brett Pitman had an effort blocked, while Curtis was flagged offside as he converted Jamal Lowe’s cross.

The former Republic of Ireland under-21 international then did well to get a shot away, forcing David Jensen to tip the ball over.

But a leveller did arrived just before the break – and it was another goal that came right out of the top drawer.

A cross from Curtis was brought down by Pitman for WALKES, who fizzed home a fierce strike from 25 yards.

Pompey almost flipped the match on its head just after the restart, but Matt Clarke was unable to guide a Curtis corner on target.

Curtis was involved in every attack for the hosts, although he was unable to connect with a testing Haunstrup delivery at the far post.

The hosts were also working hard out of possession, constantly pressing their opponents to force mistakes and win the ball back.

But there was a moment of concern just past the hour mark, as Lowe limped off injured to be replaced by Gareth Evans.

Both sides then had chances to take the lead during a flurry of activity midway through the second half.

Utrecht were first up when van de Streek met Urby Emanuelson’s corner and sent a header flying narrowly over the bar.

Pompey broke straight down the other end, with Curtis’ low angled drive diverted wide by the fingertips of Jensen.

A deluge of substitutes broke up the flow of the game on 73 minutes, with the hosts making six changes.

There was still time for Utrecht to find the net from a corner, although referee Andy Davies saw an infringement and the game ended all square.

A Worldie From Walkes


It was a goal spectacular enough to grace any competitive fixture – and it was not even the best of the afternoon!


View photos from the Blues' pre-season draw at Fratton Park

Jackett: We Could Have Scored More


It was the final dress rehearsal ahead of the 2018/19 campaign.

Due to ongoing stadium safety works, specifically related to the concourse areas, the South Stand will not be open for Saturday’s pre-season friendly against FC Utrecht (1pm kick-off).

Any supporters who have bought tickets for this area of the ground will now be relocated to the Fratton End, which will have unreserved seating.

An area of seating in the Fratton End will be allocated for those fans who originally purchased tickets in Nelson’s Family Zone.

Portsmouth Football Club apologise for any inconvenience this may case, but public safety remains our absolute priority.

Tickets for the game are still on sale and can be bought online here, by calling 0345 646 1898 or visiting the ticket office.