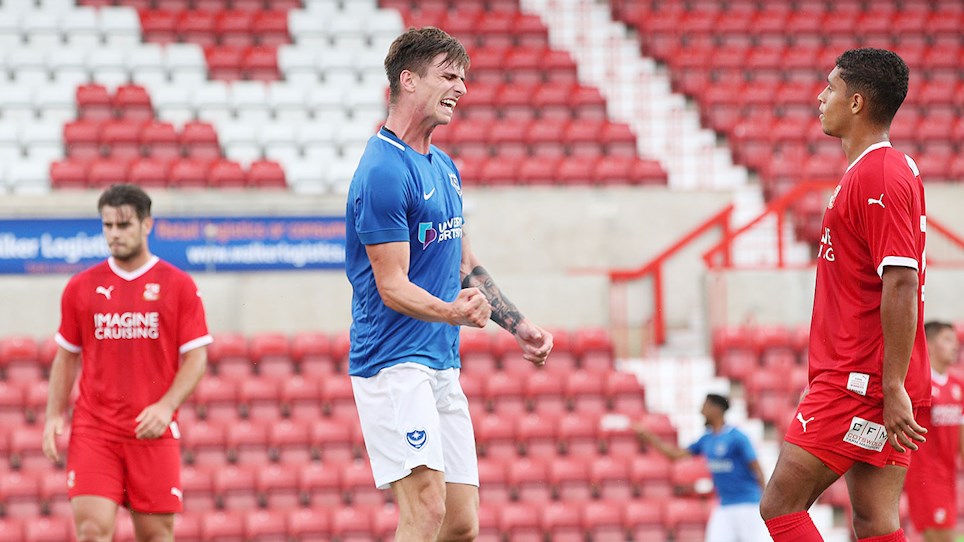 
Oli Hawkins believes he can make an impact for Pompey in the box this season. 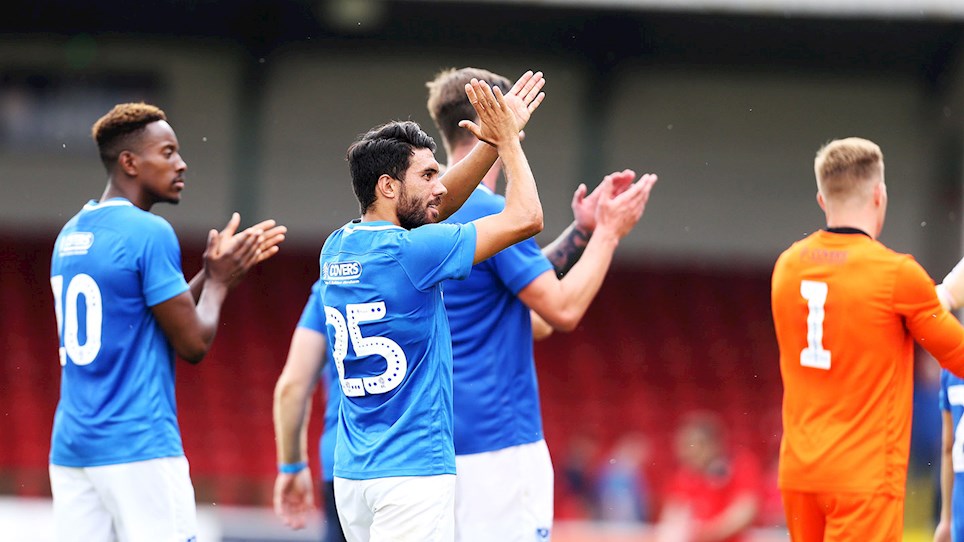 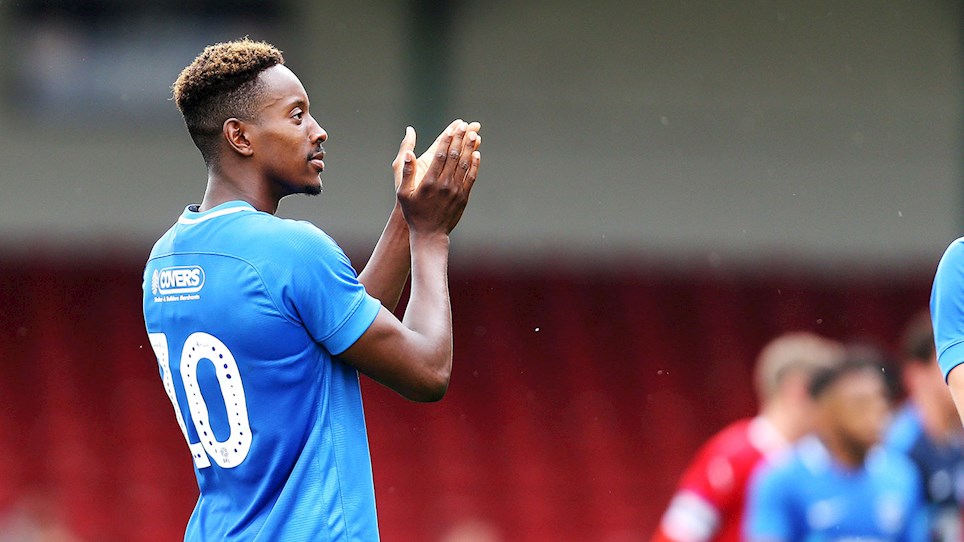 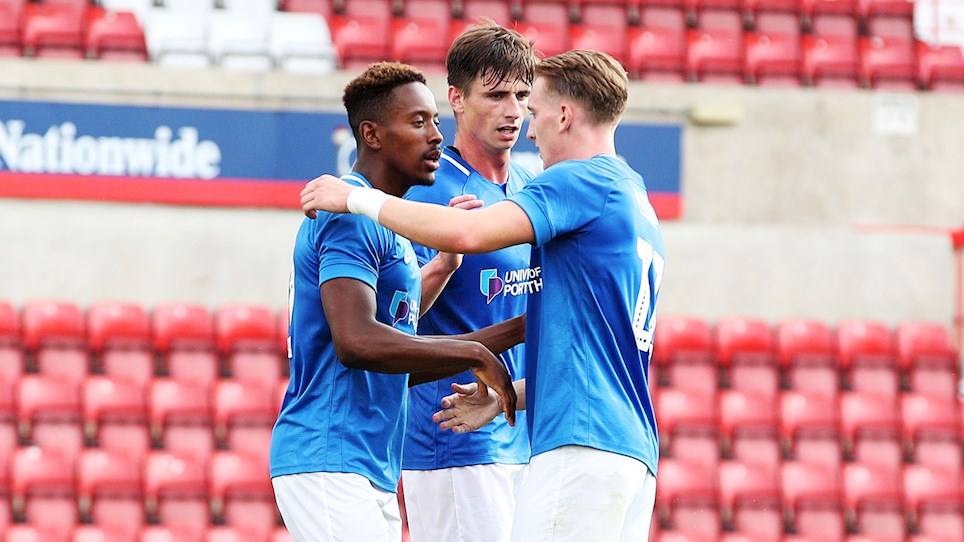 by Neil Weld at the County Ground

Oli Hawkins and Jamal Lowe were on target as Pompey beat Swindon 2-0 in their latest pre-season fixture.

There were chances at both ends during an opening 45 minutes that occasionally burst into life amidst quiet spells.

But Hawkins headed home the opener following the restart and Lowe tucked in a second to secure victory for Kenny Jackett’s troops.

A healthy following made the journey up from the south coast and they were vocal in their support for former Fratton hero Matt Taylor, who was skippering the hosts.

Pompey were quickly out of the blocks and there were just 16 seconds on the clock when Ronan Curtis’ long-range effort dipped narrowly over the crossbar.

Chris Robertson soon made a key block after Lowe had latched on to a threaded pass from Conor Chaplin.

A corner then caused the Robins problems and when the ball fell to Lowe on the edge of the box, he dragged his shot wide.

But it was the hosts who almost broke the deadlock on seven minutes when Ellis Iandolo met Kyle Knoyle’s cross, only for Craig MacGillivray to get down to his left and make a fine save.

The intensity of the game slowed after that bright opening, although Pompey were still looking dangerous from corners.

Lee Brown sent some dangerous deliveries into the box, which both Hawkins and Matt Clarke failed to capitalise on.

Chaplin attempted a more ambitious effort midway through the first half, with an acrobatic over-head volley that flew past the post.

It was Swindon who finished the half on top, however, and Steven Alzate curled narrowly wide, while Iandolo was inches away from meeting a cross from the evergreen Taylor.

Pompey made a change at the start of the second half, as Anton Walkes made way for Danny Rose in the centre of midfield.

It was their opponents who first to threaten following the restart, however, as Alzate’s drive was deflected wide.

Then, at the other end, Hawkins rose at the far post to meet a Curtis cross and the ball flew into the side netting.

And when Lowe was fouled on the right, Elijah Adebayo had to nod clear Brown’s free-kick before Clarke could pounce.

But the deadlock was finally broken just before the hour mark, as HAWKINS converted Lowe’s cross with a thumping header.

Swindon tried to get back on level terms, with Tom Naylor – wearing the captain’s armband – and Rose both making brave blocks.

Clarke then had to clear from the line when Dion Conroy juggled the ball and hooked it inventively towards the net.

Swindon were looking the more adventurous side by this point, but it was certainly not all one-way traffic and Hawkins glanced Chaplin’s centre narrowly wide.

The action soon switched back up the other end of the pitch and Adebayo’s hit a fierce strike that fizzed past the upright.

But victory was secured on 72 minutes after a low drive from Curtis was deflected into Chaplin’s path.

He sent the ball across the face of goal and LOWE was there to bundle home and double the Blues’ lead.

Swindon made a triple substitution late on, with former Pompey players James Dunne and Toumani Diagouraga both entering the fray.

They were unable to help the hosts mount a comeback, however, as the closing stages passed by without much incident.


Oli Hawkins believes he can make an impact for Pompey in the box this season.