Wembley fever has swept Pompey, with more than 40,000 tickets snapped up for the Checkatrade Trophy final.

But the Blues have to put that excitement behind them and focus on trying to collect League One points at Shrewsbury on Saturday.

Kenny Jackett’s side are just four points adrift of the automatic promotion places and can move above third-placed Sunderland, who are not in action his weekend.

Their opponents, meanwhile, are one of a number of sides involved in an incredible battle to beat the drop.

Any of the teams currently in the bottom half of the table could conceivably go down, with the Shrews currently in 18th position.

Sam Ricketts’ outfit are just a couple of points above the relegation places with eight games left to play.

The Shropshire side were in the top two for most of last term as they came close to snatching a Championship spot, but ended up losing to Rotherham at Wembley in the play-offs.

It finished all square when Shrewsbury visited Fratton Park back in September, with a Brett Pitman penalty cancelling out Greg Docherty’s opener.

TEAM NEWS
Viv Solomon-Otabor (calf) will miss out for Pompey after going off injured in last week’s win over Scunthorpe.

Shrewsbury have doubts over defenders James Bolton, Luke Waterfall and Ro-Shaun Williams, while Ryan Sears is on international duty with Wales U21s.

VIEW FROM THE DRESSING ROOM
Read the thoughts of Kenny Jackett and Omar Bogle or register for a free iFollow account to watch the below videos.

TICKETS
Seats are still available and can be bought from Pompey until 5pm today or at Shrewsbury on the day of the game. Click here for more details.

BETTING
Pompey are the 7/5 favourites with Sky Bet to secure all three points, while the hosts can be backed at 19/10. 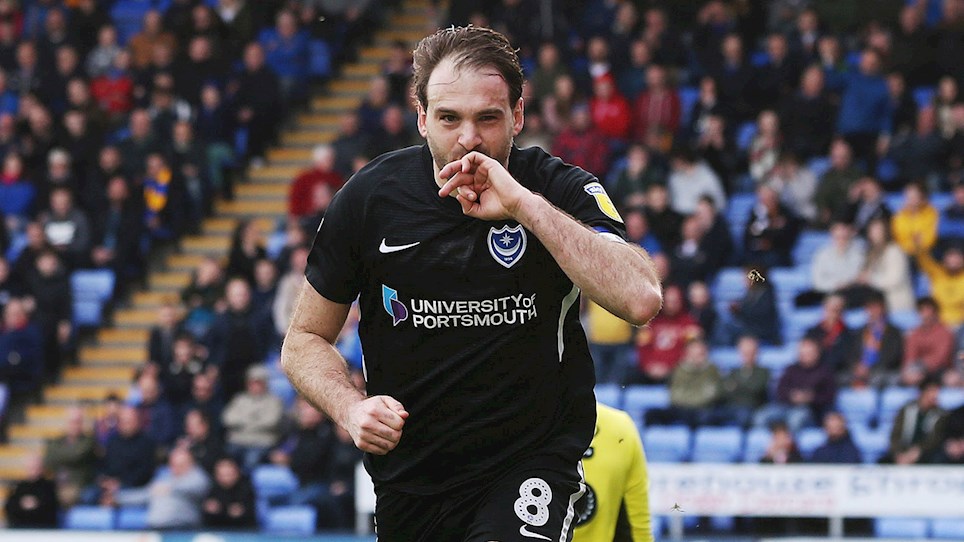 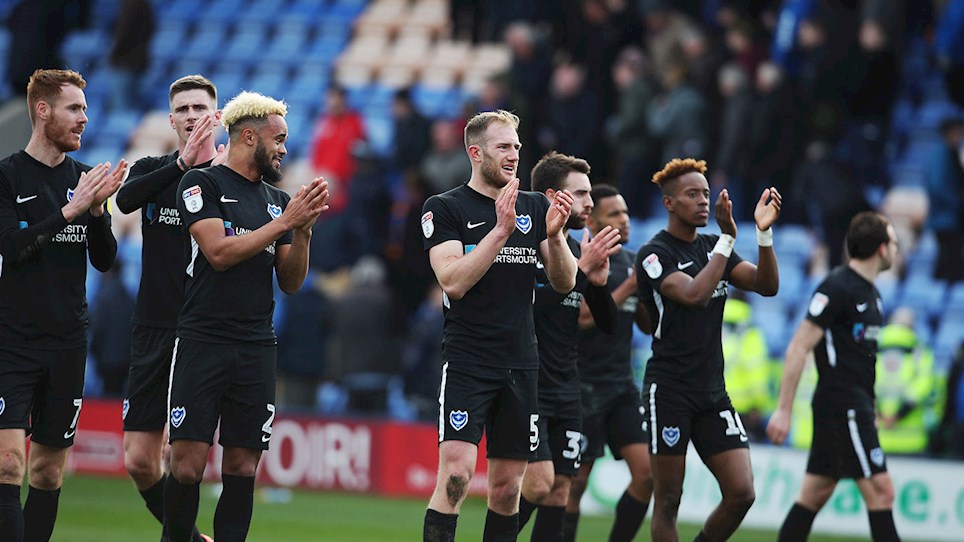 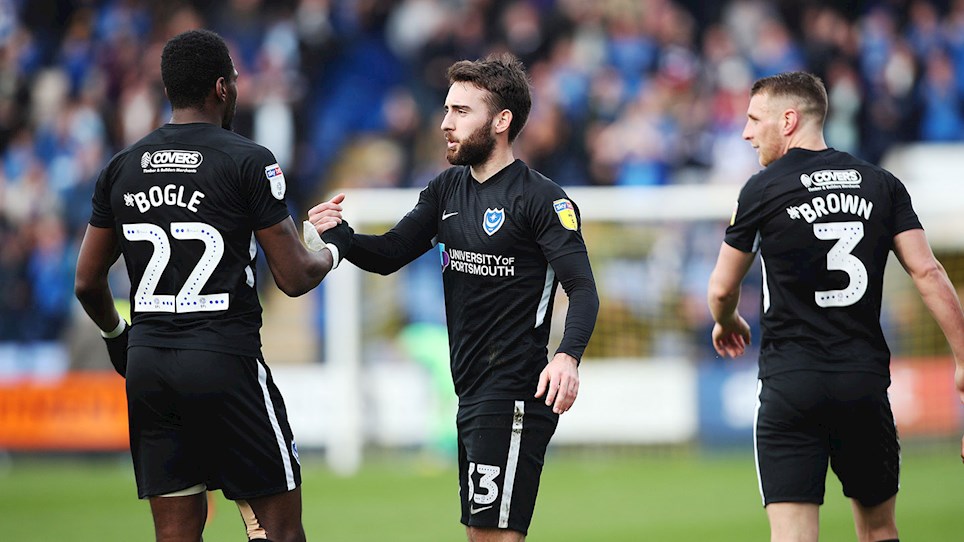 
Ben Close was pleased with a show of steel from Pompey at Shrewsbury. 
Pompey were under the cosh against a Shrewsbury side that are fighting for their lives to survive in League One.

Pompey’s run of good form continued as they won 2-0 at Shrewsbury to keep their automatic promotion hopes alive.

The visitors improved following a slow start and took the lead through Ben Close just before the break.

There were chances to add to the scoring at both ends of the pitch in the second half, but a defensive mix-up allowed Brett Pitman to seal the points for the Blues.

Kenny Jackett made one enforced change from the side that beat Scunthorpe on home soil the previous week.

Viv Solomon-Otabor’s calf injury meant that Gareth Evans returned to the starting line-up, with Jamal Lowe switching to the left.

It was the struggling hosts that made the brighter start and a low delivery from Fejiri Okenabirhie was just of reach for a stretching Shaun Whalley.

Steve Arnold had to tear from his line at the other end to stop Lowe racing onto a superb diagonal pass from Tom Naylor.

Pompey were struggling to find any fluency, however, and a weak effort from Okenabirhie was comfortably dealt with by former Shrews stopper Craig MacGillivray.

The keeper had to do even better on 16 minutes, though, getting down quickly to push Whalley’s effort to safety.

Shrewsbury’s forward then had an effort that was heading for the net until Nathan Thompson’s deflection diverted the ball wide.

And it took a fine last-gasp challenge by Lee Brown inside the box to prevent Ollie Norburn getting a shot away.

Scott Golbourne’s free-kick was then flicked on for James Bolton, who sent a header looping onto the roof of the net.

But the Blues picked up as the half progressed and Arnold did well to deny Evans after the ball had been squared to him by Close.

It was Close who then sent a shot wide after playing a one-two with Omar Bogle, while Matt Clarke could not divert Brown’s corner on target at the near post.

Pompey did make their pressure count before the break, as Brown’s angled effort was parried away by Arnold and CLOSE drilled the ball home through a sea of bodies.

The hosts tried to hit back following the restart and Christian Burgess dived in to divert Greg Docherty’s effort behind.

There were a few sighs of relief when the same player then went down inside the box following a challenge by Thompson.

Referee Ollie Yates blew his whistle, but the challenge had taken place just outside the area and Okenabirhie’s free-kick was dealt with.

Jackett made a switch on 55 minutes, with Bogle – who had angered the home faithful with a challenge on Golbourne that earned him a booking – replaced by Oli Hawkins.

And the newcomer almost doubled the visitors’ lead after meeting Brown’s low delivery, only for the ball to hit Omar Beckles and loop against the crossbar.

Hawkins had another great opportunity on 71 minutes when he connected with a cross from Brown, but Arnold made a great save down to his left to deny the striker.

Shrewsbury soon had a chance of their own after Whalley’s mazy run had been crudely brought to a halt by Burgess on the edge of the box.

Norburn cleverly kept his effort low and sent it through the wall, but an unsighted MacGillivray was able to fumble the ball away.

And Pompey soon went up the other end to give themselves a cushion – although the Shrews gave them a helping hand.

Arnold’s clearance cannoned against team-mate Beckles and Hawkins picked up the loose ball, squaring it for PITMAN to slot home.

Shrewsbury were soon dealt a further blow when Arnold was forced to limp off, with Jonathan Mitchell replacing him between the sticks.

Six minutes of stoppage-time meant that the hosts' hopes of an unlikely comeback were raised, but Pompey comfortably saw out the closing stages to move up to third spot in the League One table.


Ben Close was pleased with a show of steel from Pompey at Shrewsbury.


Pompey were under the cosh against a Shrewsbury side that are fighting for their lives to survive in League One.

Tickets are still available for Pompey’s trip to Shrewsbury on Saturday.

Blues fans have already snapped up more than 1,000 seats for the League One contest at Montgomery Waters Meadow (3pm kick-off).

They can be bought online here or from the Anson Road ticket office until 5pm this evening.

Supporters can also buy (cash only) from the ticket office next to the away turnstiles at Shrewsbury on the day of the game.

Wheelchair and ambulant tickets are priced £15 and include a carer if on the highest rate of DLA or PIP.

Fans who are collecting pre-purchased tickets at Shrewsbury should visit the ticket office next to the away turnstiles.

If you are expecting tickets and they have not arrived, please contact the Pompey ticket office by 5pm. We will be unable to help supporters who try to contact us on the day of the game. 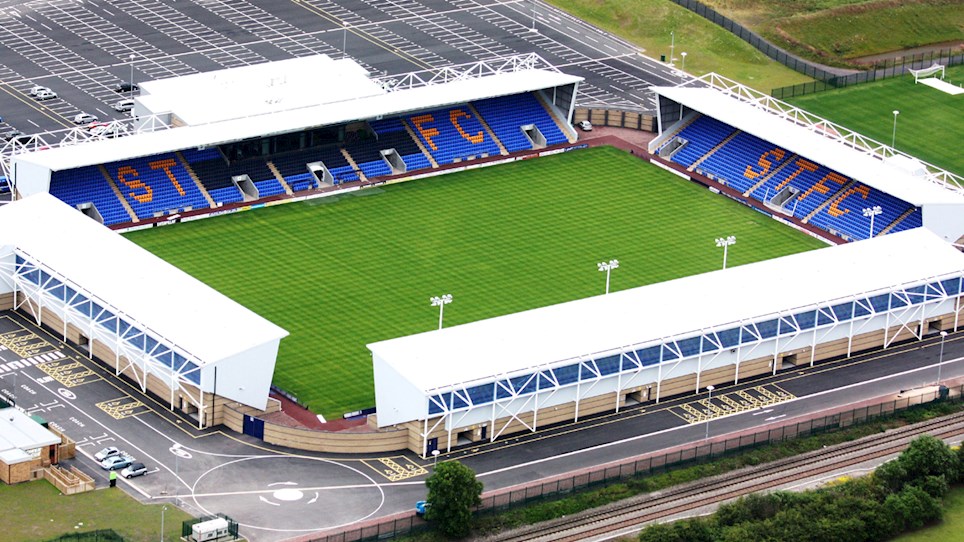 
Tickets for Pompey’s visit to Shrewsbury go on sale next week.