Pompey undoubtedly face their biggest game of the season when they host Sunderland on Thursday evening.

The Wearsiders hold a narrow advantage, courtesy of Chris Maguire’s fine strike in the first leg at the Stadium of Light.

This will be the fifth time the sides have met this season, with the Blues securing four points in the league and triumphing on penalties at Wembley in the Checkatrade Trophy.

Now they are aiming for a return to the national stadium, where either Charlton or Doncaster would be the opponents.

Pompey are ultimately trying to secure Championship football for the first time since 2012, with both sides having suffered a high-profile fall of grace.

The Wearsiders’ descent has been more recent, though, with successive relegations dumping them in the third tier.

Their club suffered just five League One defeats this season – including one on the south coast – but 19 draws cost them automatic promotion.

And Fratton Park is now ready for the latest chapter in this recent rivalry – and it promises to be the most exciting one yet.

TEAM NEWS
There are doubts over Lee Brown (Achilles) and Brett Pitman (hamstring) after the duo missed the first leg.

Dion Donohue (groin), Brandon Haunstrup (knee) and Jack Whatmough (knee) will all be missing for the hosts.

Alim Ozturk is available for the visitors after successfully appealing the red card shown to him at the Stadium of Light.

Aidn McGeady (foot) was a late withdrawal from that game and continues to be assessed, but Duncan Watmore (ankle) could return.

TICKETS
Seats have sold out for Thursday’s game. Click here for information on collections and parking.

MATCH COVERAGE
iFollow subscribers can listen to live commentary from Andy Moon and Guy Whittingham by signing into their account and visiting the match centre from 7pm on Thursday.

BETTING
Sunderland are the 2/5 favourites with Sky Bet to reach the final, while Pompey can be backed at 7/4. 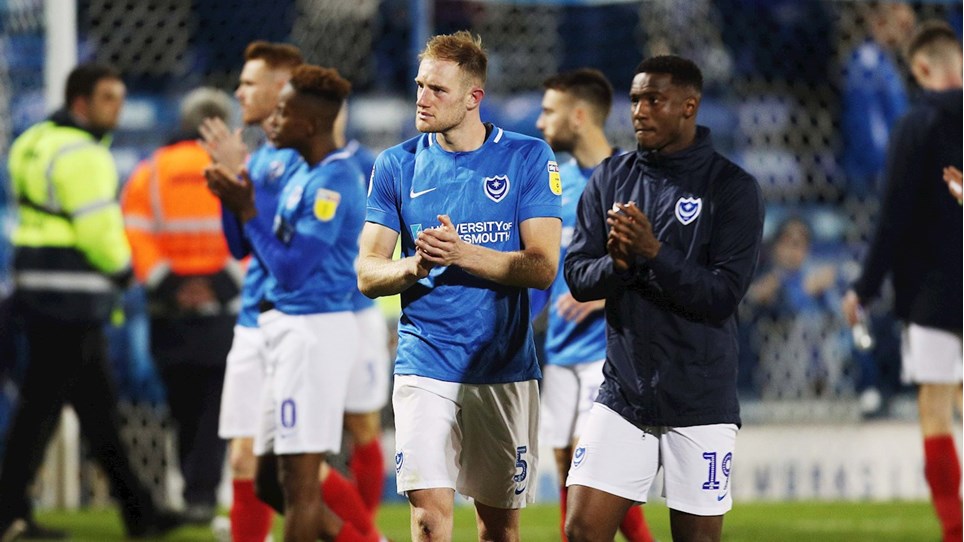 Clarke: We Gave Our All


One moment of quality proved the difference between Pompey and Sunderland in the League One play-offs. 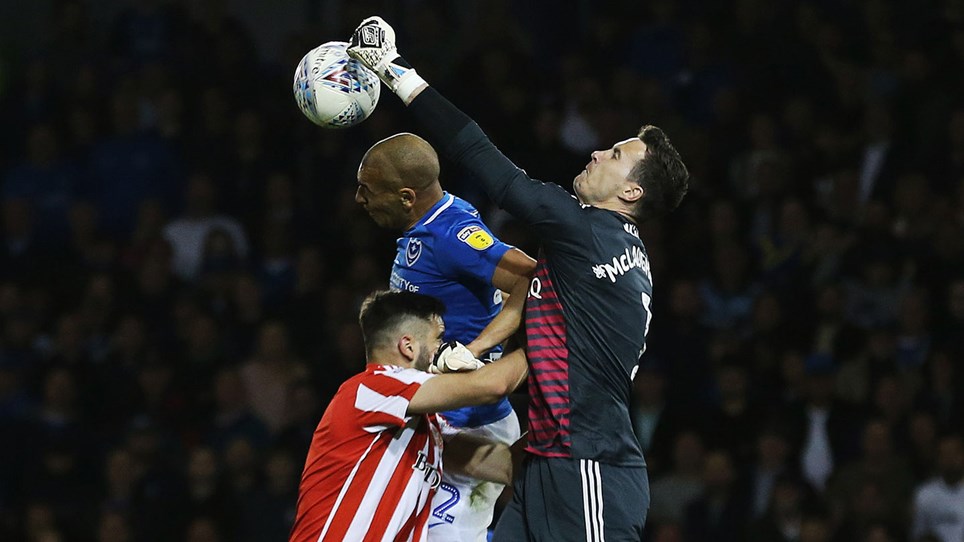 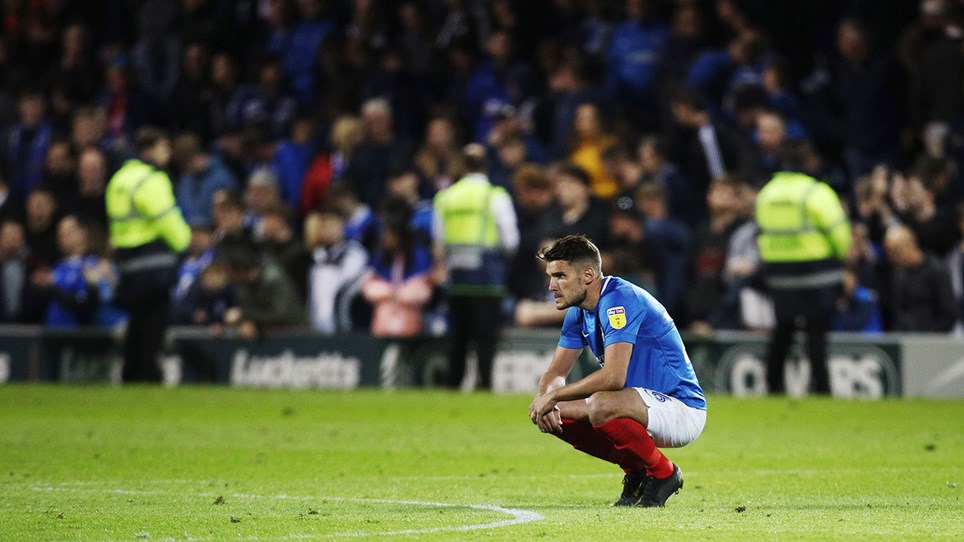 
View the photo gallery from the Blues' second leg stalemate 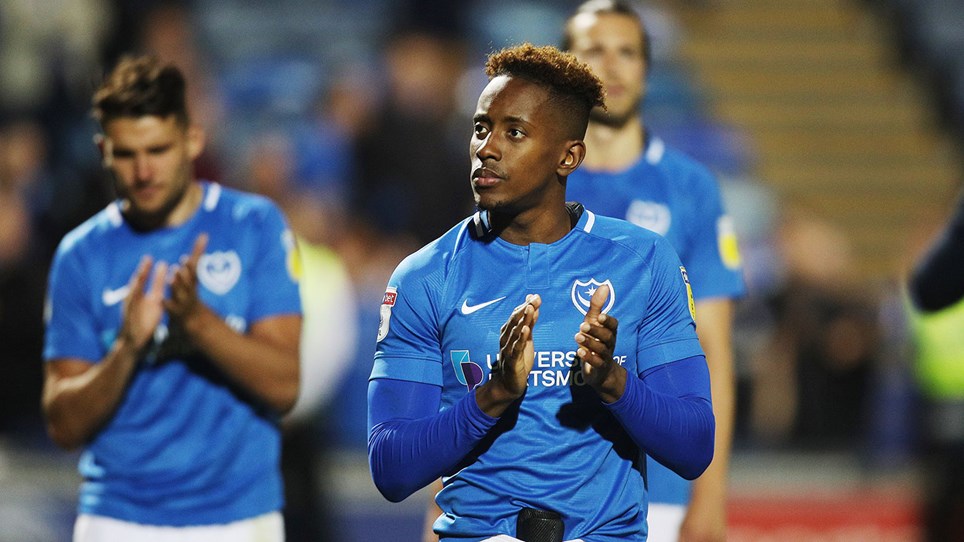 
Pompey will have to pick themselves from the floor after suffering play-off heartache against Sunderland.

Pompey’s promotion hopes are over after they suffered a narrow aggregate defeat to Sunderland in the play-offs.

Trailing by a single goal from the first game in the north-east, the Blues fought hard to try to level the tie.

They certainly created the best chances, with Jon McLaughlin making some key saves and Matt Clarke hitting the woodwork.

But they failed to find the breakthrough in what was an often ugly encounter, with the Black Cats holding on to book their spot at Wembley.

Lee Brown and Brett Pitman were injured for that Wearside clash, but were fit enough for a return to the starting line-up.

Viv Solomon-Otabor was also given a chance to impress, as Anton Walkes, Ronan Curtis and Jamal Lowe dropped to the bench.

There was a minute of applause before kick-off, as those inside the ground paid tribute to former Pompey defender Jon Gittens, who sadly passed away at the age of just 55.

It was a feisty contest right from the off and Gareth Evans was soon shown a yellow card for a challenge on Lee Cattermole.

Tom Naylor soon followed him into the referee’s notebook, with the midfielder throwing the ball at Chris Maguire after the pair had clashed in the corner.

The Sunderland midfielder was also guilty of some poor challenges, however, with official Peter Bankes finally losing patience and taking his name.

But despite a frantic showing from both sides, clear-cut chances were proving to be at a premium in the opening stages.

Neither keeper was not given too much to do, besides a few regulation stops, with a final ball or moment of quality lacking.

Maguire was certainly enjoying his role as pantomime villain, earning cries of derision from the Fratton faithful following weak appeals for a penalty.

The hosts grew stronger as the first half progressed, with Ben Close exchanging passes with Pitman, whose cross was just out of reach for Oli Hawkins.

Sunderland then had a decent chance at the other end after Maguire beat Craig MacGillivray to a ball over the top, only to slip and allow Christian Burgess to clear the danger.

Pompey had two great opportunities to level the tie just before the break, with McLaughlin doing well to keep out Gareth Evans’ diving header from point-blank range.

And they then went close from the resulting corner, as Clarke’s nodded the ball down into the turf and up against the crossbar.

There was another coming together following the restart, this time involving Charlie Wyke and Nathan Thompson, but the referee managed to calm things down.

Jackett then made his first change on 52 minutes, as leading marksman Lowe came on for Solomon-Otabor.

They almost scored moments later, with Hawkins meeting Lee Brown’s fine cross and seeing his header tipped over by McLaughlin.

It was still proving to be niggly affair and there was more consternation when Luke O’Nien tumbled into the North Lower.

James Vaughan replaced Hawkins on 68 minutes, as Jackett looked to add some fresh attacking impetus into his side.

And the newcomer almost grabbed an immediate goal, only to be denied by another fine McLaughlin save after Pitman had hooked the ball towards the back post.

Clarke then wanted a penalty after tangling with Alim Ozturk as he tried to reach Evans’ free-kick, but Bankes was uninterested.

Pompey kept fighting and tried their best to put the Black Cats under pressure, with their visitors fighting hard to keep them at bay.

The display of six minutes of added time gave the Fratton faithful renewed hope, but Sunderland held on to reach the final.

Clarke: We Gave Our All


One moment of quality proved the difference between Pompey and Sunderland in the League One play-offs.


View the photo gallery from the Blues' second leg stalemate


Pompey will have to pick themselves from the floor after suffering play-off heartache against Sunderland.

Pompey will face Sunderland in the Sky Bet League One play-offs after finishing fourth in the table.

Tickets for the home match have now sold out.

Seats are still on general sale for the away leg. Click here for details on how to secure your seat.