It is bottom against top this weekend when League One leaders Pompey make the long trip north to struggling Bradford.

The Blues will be looking to extend – or at least maintain – the two-point gap they hold over Peterborough in second.

Their opponents, meanwhile, will simply be searching for a second league victory on home soil, having already been beaten six times this term.

It has been a pretty miserable 2018 for the Bantams, who have lost more games in the calendar year than any other side in the top four divisions.

There have been four managers in that time, with current boss David Hopkin appointed in September after predecessor Michael Collins lasted just seven matches.

And Bradford go into Saturday’s contest on the back of six successive defeats, including last week’s 4-0 reverse at Gillingham.

They did win both of last season’s meetings with the Blues, although travelling fans would prefer to remember the 5-0 thrashing they inflicted back in May 2003.

TEAM NEWS
Nathan Thompson serves a one-match ban after collecting five yellow cards, but Tom Naylor is available again having returned from his own suspension.

TICKETS
Fans can buy tickets from the cash turnstiles at Valley Parade on the day of the game, although there is an increase in adult prices. Click here for more details.

MATCH COVERAGE
Domestic iFollow subscribers can listen to live commentary from Jordan Clark and Guy Whittingham by signing into their account and visiting the match centre from 2pm on Saturday.

BETTING
Pompey are the 4/6 favourites with Sky Bet to secure all three points, while the hosts can be backed at 17/4. 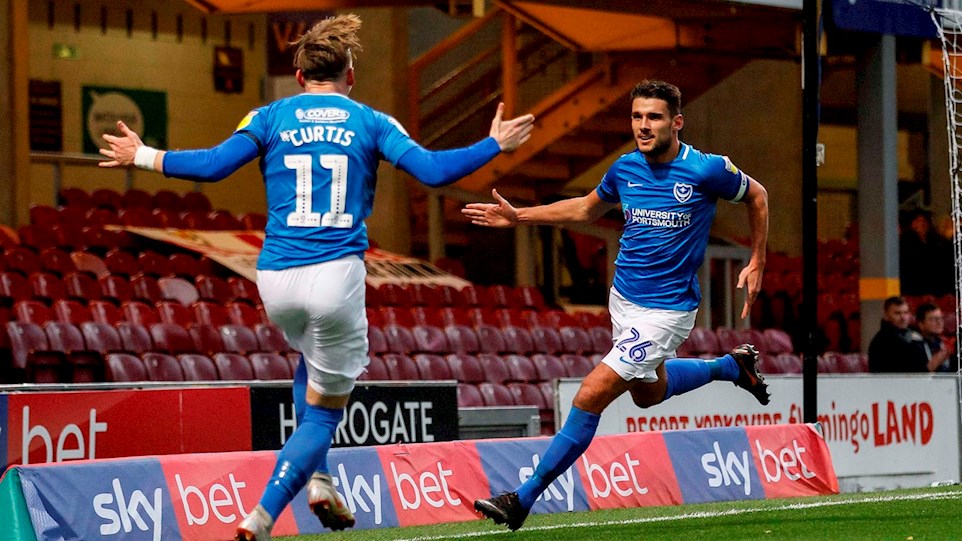 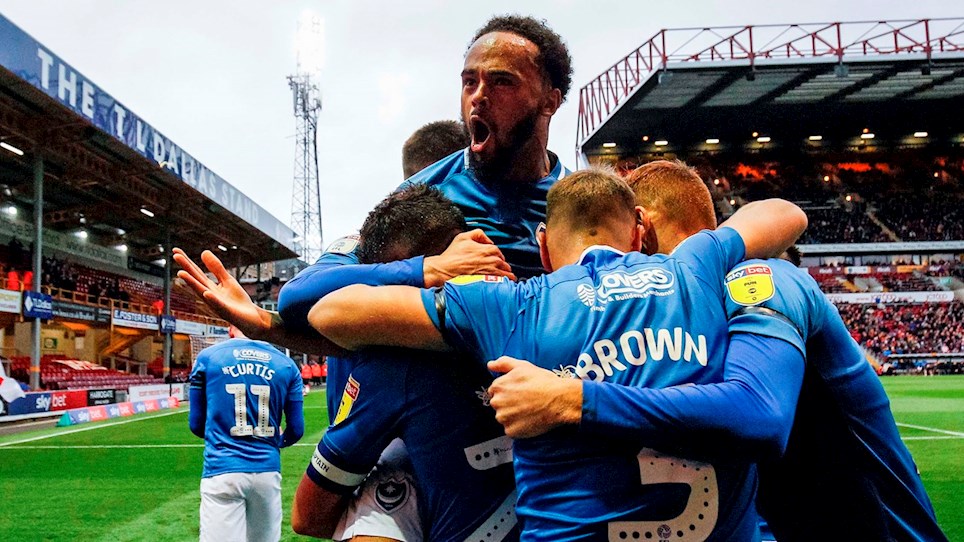 
View the photos from the Blues' latest league triumph 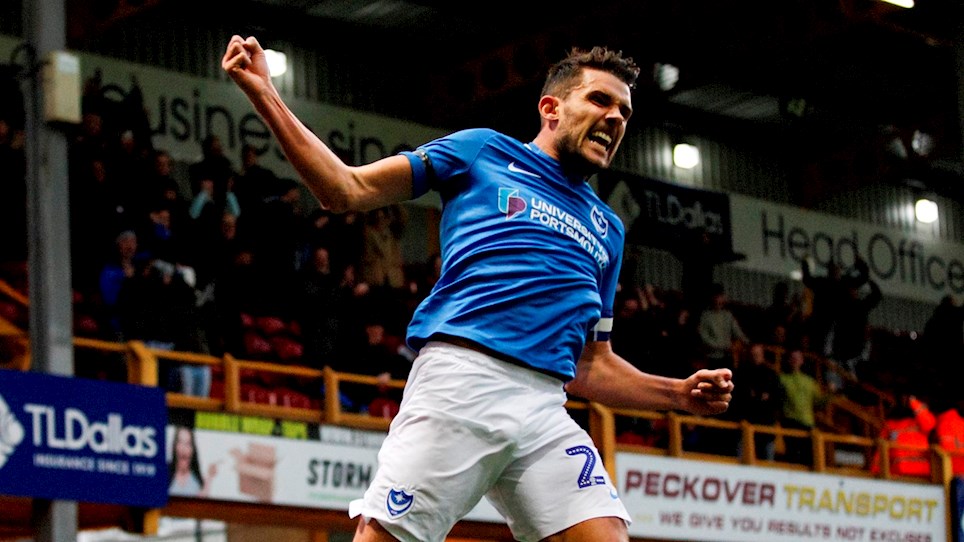 Evans: Everyone Wants To Beat Us


Gareth Evans knows that Pompey are currently the team everyone wants to beat. by Neil Weld at Valley Parade

Gareth Evans netted against his former club as Pompey continued their imperious away form by beating Bradford.

It was the only goal of a 'bottom v top' encounter that provided plenty of scoring chances for both teams.

But the struggling Bantams were dealt a blow when Adam Chicksen was dismissed late on, while Hope Akpan missed a great chance to snatch a point at the death.

Kenny Jackett made three changes from the side that drew with Accrington the previous week.

Jack Whatmough replaced Christian Burgess in the centre of defence, while Anton Walkes came in for the suspended Nathan Thompson on the right.

And Tom Naylor made an immediate return having served his own ban, with Ben Close dropping to the bench.

A minute’s silence was held before kick-off, remembering both those who have served their country and also the victims of the Leicester helicopter tragedy.

It was Bradford who were quickest out of the traps and Craig MacGillivray had his palms stung by Lewis O’Brien in the early stages.

A David Ball free-kick then led to some pinball in the visitors’ box after Ben Thompson had sliced his clearance.

Pompey soon settled into their stride, however, and began to dominate possession as the first half progressed.

They broke the deadlock with a neat move on 12 minutes, starting when Jamal Lowe shrugged off a challenge and surged forward.

He picked out Ronan Curtis and the winger cut the ball back for a grateful EVANS to lash into the net from six yards out.

Tom Naylor then nodded an Evans corner past the post, while Lee Brown fired ambitiously over from long-range as the Blues looked to strengthen their advantage.

The scores might have been level midway through the half, however, with Whatmough forced to make an excellent sliding challenge inside the box to deny George Miller.

There were opportunities at both ends of the pitch and Oli Hawkins sent a shot down and narrowly over when Evans’ free-kick had been nodded on by Naylor.

Bradford then came close to scoring with a set-piece of their own, with a Josh Wright delivery eventually gathered by MacGillivray.

The action soon switched and when Thompson’s fierce drive deflected off Wright, Richard O’Donnell had to get down low to his left to make the save.

MacGillivray then did well to keep out Miller’s fierce effort before claiming the ball after it had been sent back into the box.

Referee Geoff Eltringham waved away half-hearted appeals for a penalty following O’Brien's tumble in the box.

And former Pompey loanee Eoin Doyle then rolled a shot comfortably into MacGillivray’s arms, when he really should have done more to test the keeper.

The visitors did not seem content to merely sit on their narrow lead once the action resumed after the interval.

Thompson’s intended cut-back for Evans was intercepted by Akpan, while Lowe could not quite get on the end of Curtis’ teasing cross.

Ryan McGowan received a booking for halting one of Matt Clarke’s famous surging runs up the pitch on 53 minutes.

And while the resulting free-kick came to nothing, a looping header from Curtis moments later had to be grabbed by a back-pedalling O’Donnell.

But Bradford missed a decent chance to get back on level terms on the hour mark, as skipper Anthony O’Connor headed O’Brien’s fine cross straight into the arms of MacGillivray.

The hosts were certainly not looking like a side struggling at the bottom and it took a fine tackle from Whatmough to halt another attack.

It grew more tense as the minutes ticked away and the Bantams sensed they could get something from the contest.

Pompey were still looking a real threat on the break, though, with Lowe and Curtis continuing to prove a menace.

Evans was withdrawn for Close on 76 minutes, as Jackett opted to add some fresh legs to his midfield.

Chances had started to dry up, although Chicksen flashed a dangerous delivery across the face of goal that somehow evaded everyone.

But the Bradford left-back soon had to troop off to the dressing room. Having been booked earlier for a foul on Lowe, he brought down the same player to earn a red card.

It looked like the Blues would just see things out, but their opponents almost grabbed a stoppage-time leveller.

Substitute Sherwin Seedorf – a distant relative of Dutch superstar Clarence – sent the ball through to Akpan, but he lifted his shot over the bar.


View the photos from the Blues' latest league triumph

Evans: Everyone Wants To Beat Us


Gareth Evans knows that Pompey are currently the team everyone wants to beat.

Tickets are still available for Pompey’s League One trip to Bradford this weekend.

Blues fans have already snapped up around 1,200 seats for the Valley Parade contest, which kicks-off at 3pm on Saturday.

They are no longer available to purchase online, but can be bought by calling 0345 646 1898 or in person from the Anson Road ticket office until 4pm today (November 2).

Please note that we have sold our initial allocation of tickets, so any bought today will need to be collected from the players entrance on South Parade at Bradford on Saturday.

Tickets can also be purchased from the Valley Parade cash turnstiles on Holywell Ash Lane, although there is a £5 price increase for adults.

*Adult prices increase to £25 if bought on the day of the game.
**When bought with a full-paying adult.

If you are expecting tickets in the post and they do not arrive, please contact the Pompey ticket office by 4pm on Friday. We will not be able to help supporters who contact us on the morning of the game. 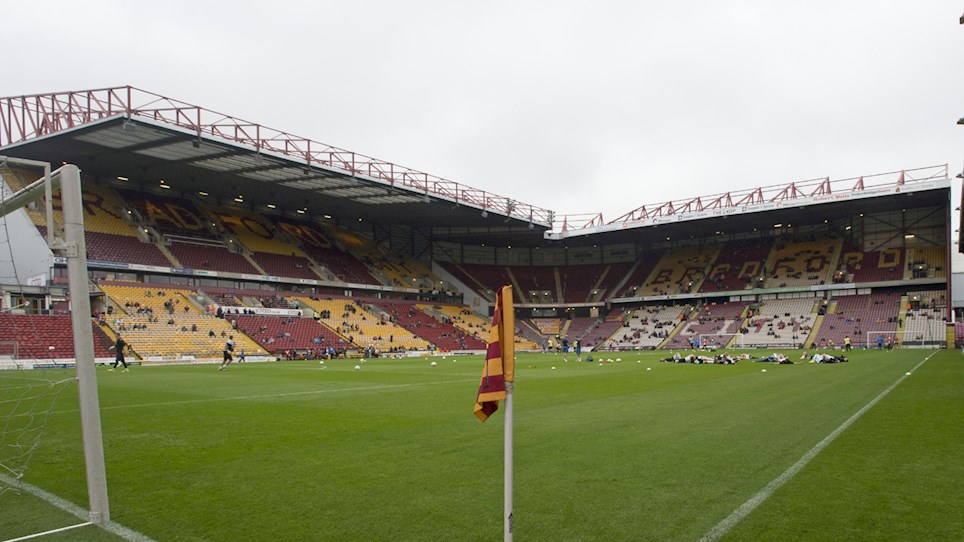 
Tickets for Pompey's away game at Bradford go on sale next week.