It has been five long weeks since League One football graced the Fratton Park turf.

Pompey’s 2-2 draw with Burton is now a distant memory, with away games, cup clashes and a postponement delaying a return to south coast action.

So this evening’s clash with Walsall is certainly going to be eagerly anticipated by those crammed into the stadium.

Kenny Jackett’s table-toppers are in top form, having won each of their past four fixtures in all competitions.

Their opponents did them a favour at the weekend by taking a couple of points off second-placed Sunderland.

But Walsall will be cursing the fact that they failed to emerge victorious, having led by two goals against 10 men.

The Saddlers enjoyed a scintillating start to the season, with five wins from the opening six games, but have found success harder to come by in recent weeks.

Pompey came out on top when the sides last met in a Bescot Stadium encounter last Easter, courtesy of a late strike from Gareth Evans.

TEAM NEWS
Gareth Evans and Jamal Lowe limped off at Scunthorpe, but both are fit and available to face Walsall.

Joe Mason (groin) is not quite ready to return to action, while Dion Donohue (hamstring) is also sidelined.

Walsall are missing Adam Chambers (foot) and Kory Roberts (leg), while Zeli Ismail (thigh) is a doubt after picking up an injury against Sunderland.

TICKETS
Secure your seat online here or pay a visit to the Anson Road ticket office.

From 5.30pm this evening, tickets will also be available (subject to availability) from the matchday ticket office in Frogmore Road.

BETTING
Pompey are the 4/7 favourites with Sky Bet to secure all three points, while the visitors can be backed at 5/1. 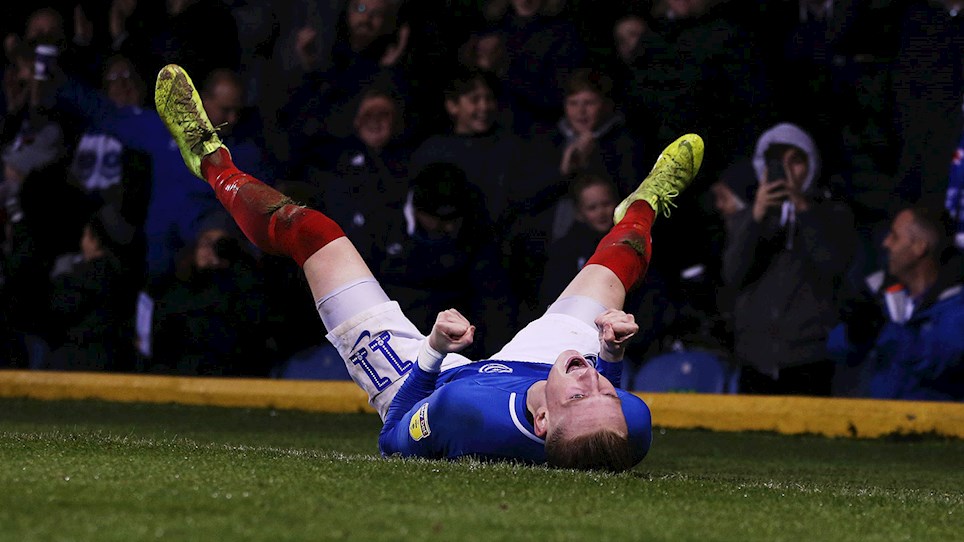 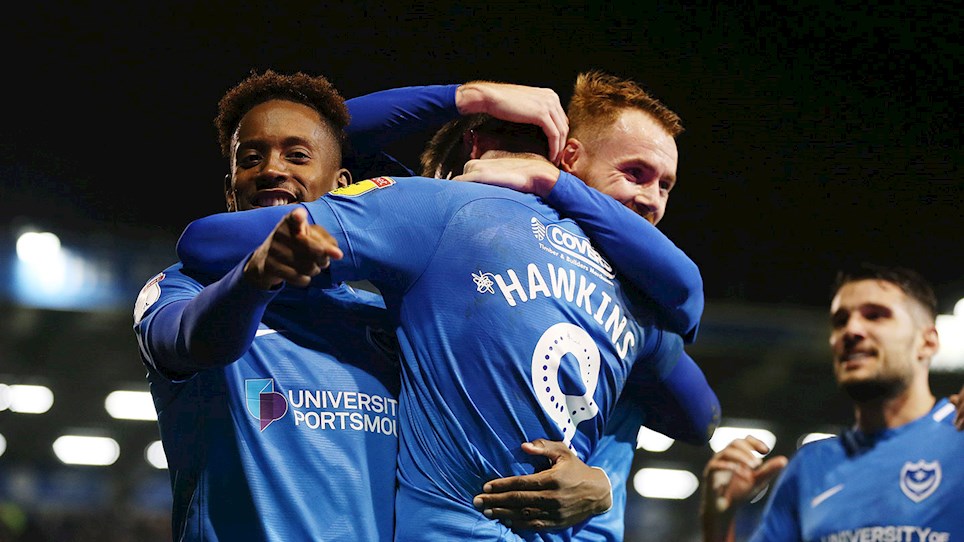 
View the photos from the 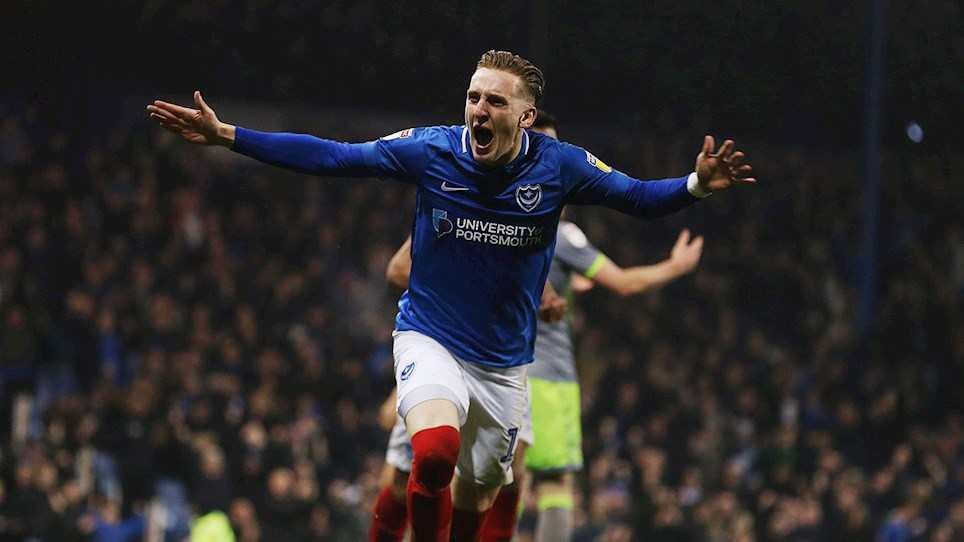 
There are plenty of plaudits to be shared around Pompey’s forward line this season.

Pompey’s long wait for a Fratton league game was certainly worth it, as they maintained their table-topping form with victory over Walsall.

They dominated the opening 45 minutes, although only had an Oli Hawkins header to show for it at the break.

Their visitors did improve following the interval, but Ronan Curtis struck to ensure the Blues enjoyed their homecoming.

Kenny Jackett stuck with the same side that secured a 2-1 victory away to Scunthorpe at the weekend.

And they showed no sign of weariness in the opening stages, looking to attack their mid-table opponents right from kick-off.

Saddlers skipper George Dobson had to throw himself in front of a shot from Gareth Evans, while Jamal Lowe’s threaded pass for Curtis just overran.

Evans missed a great chance to break the deadlock after being found unmarked by Curtis on eight minutes, sending his header high over the crossbar.

And Pompey’s captain should have been awarded a penalty after clearly being barged to the ground by Nicky Devlin on 17 minutes, only for referee Alan Young to inexplicably wave play on.

Ben Thompson then fired narrowly wide, while Evans could not quite get on the end of a teasing Curtis cross.

But the goal finally arrived on 25 minutes when Curtis’ deflected delivery fell kindly for HAWKINS to head home at the far post.

And the lead was almost doubled moments later, with a screamer from Ben Thompson flying just past the outright.

Walsall did grow into the game more as the half progressed and Kane Wilson’s drive was deflected narrowly off target.

It was Pompey who came close to adding to the scoring just before the break, with Curtis hitting a fierce effort narrowly past the post.

There was still time for the visitors to put hearts in mouths in stoppage-time, however, as Nathan Thompson made a key sliding challenge to dispossess Josh Ginnelly in the box.

It was Walsall who were first to threaten after the break and Ginnelly wasted a decent opening by firing over after being found in the area by Russell Martin.

But despite looking a tad nervous at the start of the second half, Pompey were able to double their advantage on 49 minutes.

Lowe launched a quick counter-attack and found CURTIS, with the Republic of Ireland international swivelling to fire home after his first attempt had been blocked.

Hawkins then had two chances in quick succession to really put the hosts in full control, with the first seeing him nod an Evans corner over from close range.

The same duo combined again moments later and this time the striker’s header drifted just past the post.

There was a nervy moment at the opposite end of the pitch just past the hour mark, as Wilson went down in the box under pressure from Lee Brown.

Young blew his whistle, but decided the Walsall winger had taken to the floor too easily and booked him for diving.

The visitors brought on former Blues loanee Connor Ronan for Ginnelly in an attempt to find a route back into the game.

And Pompey made a change of their own soon after, with Curtis getting an ovation as he made way for David Wheeler.

They were struggling to see as much of the ball as the seconds ticked down, but their opponents could only manage half-chances.

One of those saw Ronan drill a low shot narrowly wide, but Craig MacGillivray was still not really being tested.

His opposite number, by contrast, just about managed to tip over a sweetly-struck 25-yard effort from Nathan Thompson.

And the Blues saw out the closing stages with relative ease to maintain their four-point lead at the top of the table.


View the photos from the


There are plenty of plaudits to be shared around Pompey’s forward line this season.