Pompey will look to get their home form back on track when they face Fleetwood at Fratton Park this weekend.

Kenny Jackett’s side have been in imperious form on the road, but collected just two points from the last three games on home soil.

But they are coming up against a Cod Army outfit that have suffered a solitary defeat on their league travels this term.

Their total of two away goals conceded is – along with Blackpool – the lowest in the third tier, while there have been a healthy tally of 12 going in at the other end.

Joey Barton’s troops have enjoyed some impressive results, with 5-0 and 4-0 routs of Scunthorpe and Doncaster respectively.

And they go into Saturday’s contest on the back of successive league wins, although there was a Checkatrade Trophy loss sandwiched between them.

There have been just four previous meetings between Pompey and Fleetwood, with both sides securing two triumphs each.

But the Blues came out on top in the last Fratton clash in September 17, with braces for Brett Pitman and Jamal Lowe sealing a comfortable 4-1 success.

TEAM NEWS
Andre Green (knee) and David Wheeler (ankle) are still missing for Pompey, with Danny Rose (face) also like to miss out.

The hosts can call upon the services of Ronan Curtis again, however, with the forward returning from Republic of Ireland international duty.

TICKETS
Secure your seat online here or a pay a visit to the Anson Road ticket office. 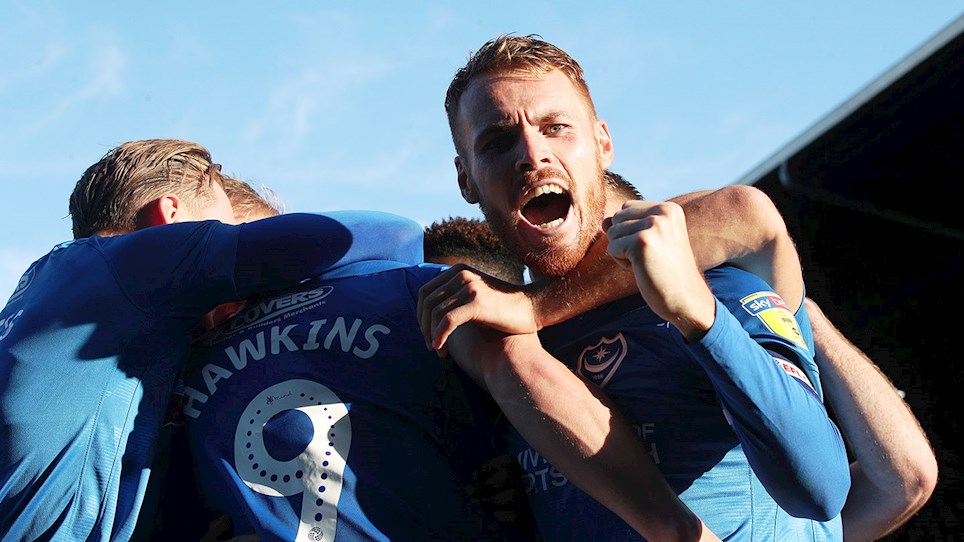 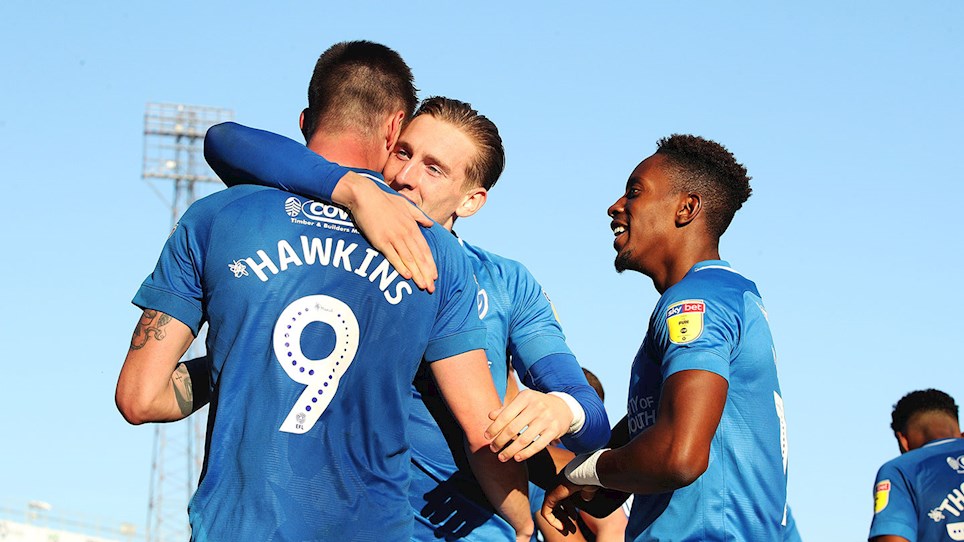 
View the photos from the Blues' victory at Fratton Park 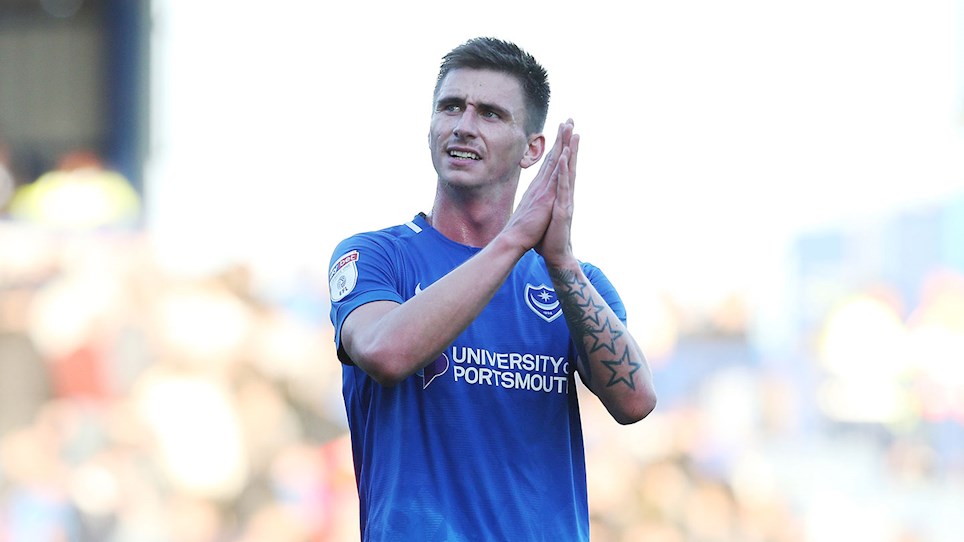 
It was fitting that Oli Hawkins waited until the 50th minute to make his match-winning contribution.

Oli Hawkins celebrated a half-century of appearances by netting the only goal to seal victory for Pompey against Fleetwood.

Neither side looked like scoring in an opening 45 minutes at Fratton Park that was totally devoid of any excitement.

But it was the Blues who dominated after the break and Hawkins headed home to ensure the hosts remained top of the League One standings.

And the Cod Army’s hopes of finding a leveller were dashed when Nathan Sheron was dismissed for a second bookable offence.

Kenny Jackett made one change from the side that won at AFC Wimbledon the previous week.

Ronan Curtis came straight back into the team after returning from Republic of Ireland international duty.

Gareth Evans dropped to the bench, as Pompey switched to a 4-4-2 system, with Tom Naylor handed the captain’s armband.

The first half was a soporific affair, with neither keeper called into action to make even the most regulation of saves.

It was Naylor who probably had the best chance on six minutes when Ben Thompson’s free-kick was nodded down by Hawkins, but the midfielder hooked over the bar.

An Ashley Eastham clearance then ricocheted off Curtis, only to land safely for Craig Morgan to hack clear.

And when Dion Donohue’s deep free-kick was only partially dealt with, Ben Thompson hit a fierce effort narrowly over.

Hawkins was proving an aerial nuisance, but after doing well to win the ball, he sliced his shot wide of the post.

Fleetwood were not helping the pace of the game by taking an age over every set-piece and referee Lee Swabey lost patience with Lewie Coyle’s long-winded throw, brandishing a yellow card.

The fourth official was also being kept busy on the touchline, with visiting manager Joey Barton keen to argue every decision.

That was about as exciting as it got, however, and Hawkins blazed wide after doing well to steal possession from Morgan.

There was a tactical switch at the start of the second half, with Pompey moving back to their usual 4-2-3-1 system.

It saw Ben Thompson move into the attacking hole behind Hawkins, as Donohue dropped into a deeper midfield role.

And it almost immediately paid dividends, with HAWKINS – in the 50th minute and on his 50th Blues appearance – breaking the deadlock.

The striker ran in to head home from close range after Donohue’s corner had been nodded towards goal by Naylor.

He might have had a second soon after, as Alex Cairns’ clearance ricocheted off his back and narrowly past the post.

Hawkins was also not too far off target after running in at the far post to meet a cross from Lee Brown.

A round of applause broke out on 58 minutes to pay tribute to Craig Bryden – aka the ‘Pompey Pirate’ – who sadly passed away earlier in the week.

The action on the pitch was certainly more vibrant than before the break, although it was still fairly quiet for both keepers.

Fleetwood’s quest for an equaliser saw Naylor head clear a free-kick, while Paddy Madden could not divert Ash Hunter’s cross on target.

There was a chance at the other end, with Curtis not quite able to thread a pass through to Hawkins, who was waiting in acres of space inside the box.

Pompey were dominating, but unable to put the game to bed and Curtis curled wide after a Donohue corner led to some pinball in the box.

And Fleetwood’s task was made a lot harder when Sheron – earlier booked for a foul on Curtis – tugged back the same player and received his marching orders on 84 minutes.

The Blues forward took the free-kick, but Matt Clarke could not adjust his body enough to divert a header on target.

Six minutes of stoppage-time gave the visitors hope of finding a leveller, but Pompey held on to ensure a return to Fratton form.


View the photos from the Blues' victory at Fratton Park


It was fitting that Oli Hawkins waited until the 50th minute to make his match-winning contribution.