Pompey will look to hold on to top spot in the League One table when Gillingham visit Fratton Park this weekend.

A midweek victory at Coventry stretched their unbeaten run to 11 games – a record that stretches back 57 years.

Back in the 1961/62 campaign, George Smith’s troops started the season by going 12 matches without suffering defeat – going on to secure the third tier title.

That record will be equalled if the current crop of players can earn at least a draw against the struggling Gills.

Their opponents are sitting in the drop zone, with just eight points collected from their first 10 fixtures.

But they do have a game in hand on all the sides around them in the table, with a scheduled midweek clash with Blackpool postponed so the Kent outfit could work on improving their pitch.

On the road, Steve Lovell’s outfit have beaten Accrington, drawn with Shrewsbury, and lost to Walsall, Barnsley and Rochdale.

There was also a 4-0 reverse at Fratton Park in the group stages of the Checkatrade Trophy a few weeks ago.

But Gillingham won last season’s corresponding meeting, with Jamal Lowe’s opener wiped out by three second half goals for the visitors.

TEAM NEWS
Andre Green (knee) is the only injured Pompey player, although Dion Donohue is not quite ready to return after recovering from a hamstring problem.

Former Blues loanee Conor Wilkinson will be hoping to feature after netting twice for the reserves earlier in the week.

But the visitors still have doubts over Billy Bingham (ankle), Regan Charles-Cook (ankle), Elliott List (back) and Connor Ogilvie (ankle).

TICKETS
Seats are limited, so click here to secure your place or a pay a visit to the Anson Road ticket office. 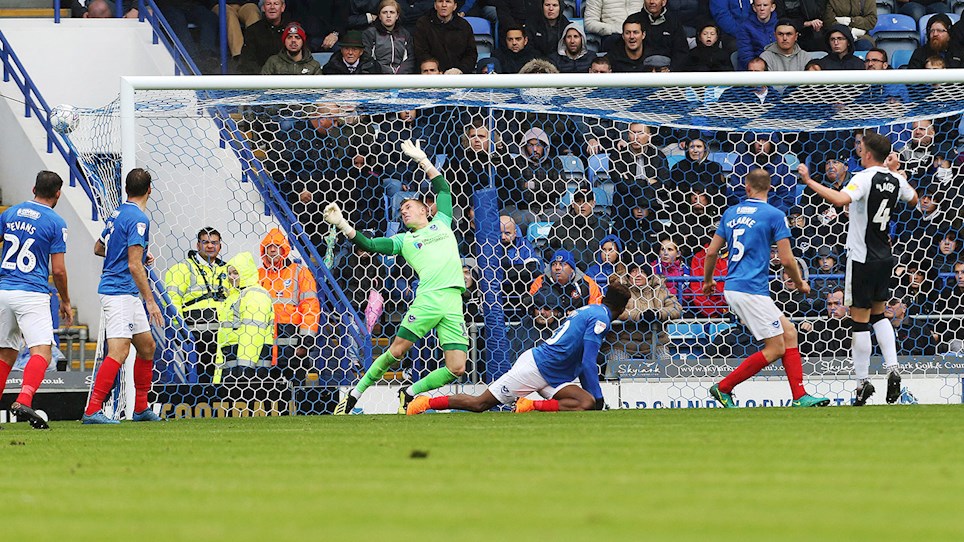 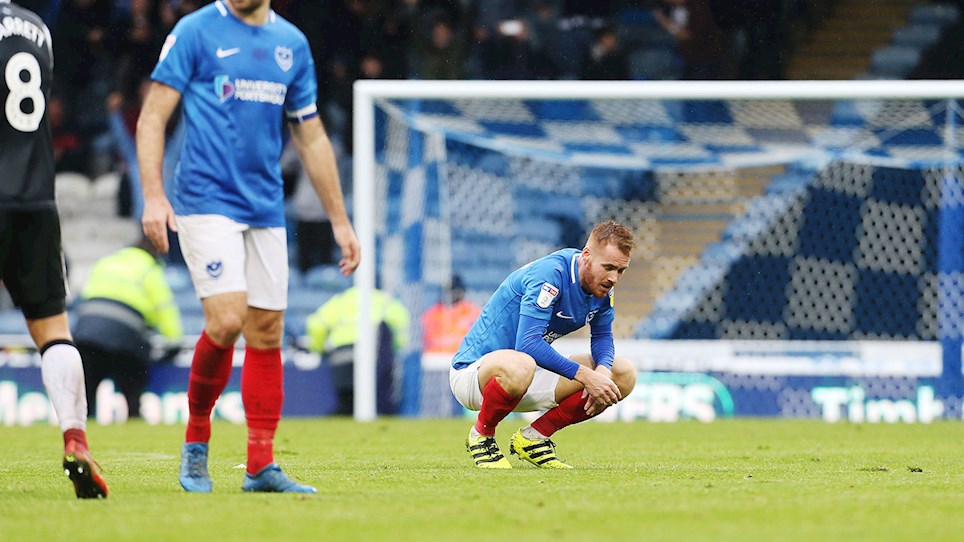 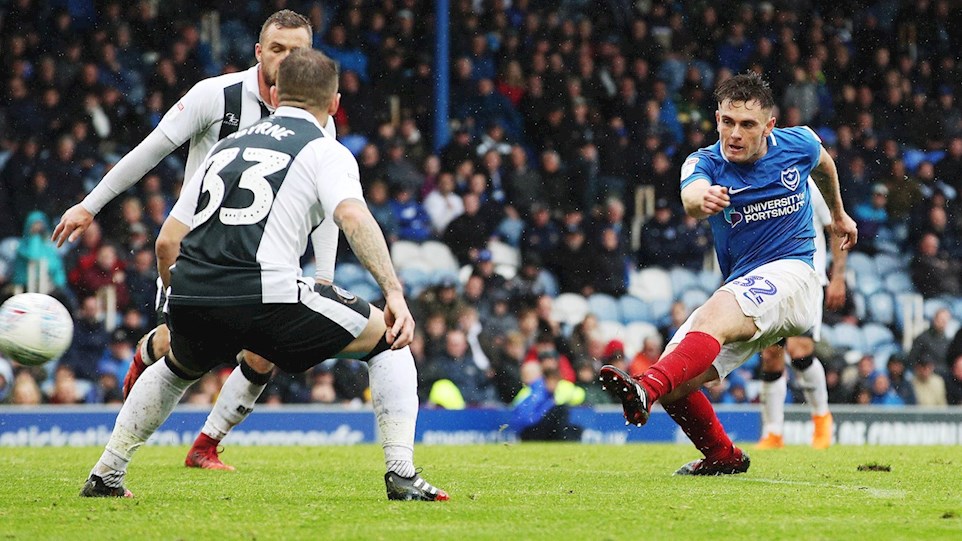 
Ben Thompson conceded that it was a disappointing day at the office for Pompey against Gillingham. 
It was an afternoon to forget for Pompey, as their unbeaten record finally came to an end.

Pompey’s unbeaten run finally came to an end at the 12th time of asking, as they lost to Gillingham at a sodden Fratton Park.

It was a disappointing display from the hosts, although they remain top of the League One table with Peterborough also suffering a home defeat.

A wonder goal from Tom Eaves opened the scoring, while Alex Lacey doubled the advantage in first half stoppage-time.

The Blues looked much brighter after the break, but despite their best efforts, were unable to find a breakthrough.

Kenny Jackett named an unchanged side for the third game in a row following successive wins on the road at Rochdale and Coventry.

The wet and windy conditions were undoubtedly making life tough for both sides in the opening stages.

It was certainly not conducive to any kind of free-flowing contest, although the visitors seemed to adapt better.

A shot from Luke O’Neill took a slight deflection to deceive Craig MacGillivray, with the keeper recovering to push the ball clear.

Then, after Jack Whatmough had cut out Dean Parrett’s low delivery, Mark Byrne’s effort cannoned into his own player.

There was a moment of levity midway through the first half, as a shot from Max Ehmer went out for a throw.

But the Gills were still looking more likely to break the deadlock and Ehmer’s drive was cleared by Whatmough.

The ball came straight back into the box, however, where it was collected by Eaves, who spun and hammered a sumptuous volley into the roof of the net.

Pompey tried to hit back, although their final ball was mostly lacking, with too many passes being overhit.

They did have a decent opportunity just before the break, with Ben Close’s long-range attempt nervously cleared over his own crossbar by Ehmer.

But there was still time for Gillingham to double their advantage – although this goal was more stoppable than the first.

A corner from Parrett made its way through a crowded area and Lacey was left unmarked to turn it home.

Jackett made a double switch at the break, with Gareth Evans and Close withdrawn for David Wheeler and Ben Thompson.

There was immediately some more urgency about their play, with an early attempt from Brett Pitman blocked.

Ronan Curtis and Jamal Lowe then both saw shots blocked in quick succession, as the noise from the stands began to rise.

And Gills keeper Tomas Holy was called into action for the first time on 51 minutes, getting down to his left to keep out Lowe’s drive.

It was certainly looking a lot livelier than before the interval, although the ball was not quite landing for the Blues, especially with a series of corners that the visitors managed to scramble clear.

O’Neill then made a vital interjection, just about nipping into nod clear with Pitman waiting to convert Lee Brown’s delivery.

With something special needed, Jackett made an attacking change on 74 minutes, replacing Nathan Thompson with Oli Hawkins.

But when Pitman did well to meet Ben Thompson’s cross and turn the ball back across goal, there was nobody in the centre to meet it.

Gillingham had weathered the storm, though, and saw out the final moments in relative comfort to become the first team this season to inflict a league loss on the Blues.


Ben Thompson conceded that it was a disappointing day at the office for Pompey against Gillingham.


It was an afternoon to forget for Pompey, as their unbeaten record finally came to an end.