Christmas is a time to relax for many of us, providing an opportunity to eat, drink and generally be merry.

But it is one of the most challenging times of the season for Pompey, who host each of League One’s top three clubs between now and Boxing Day.

There are clashes with Ipswich and Wycombe to come – as well as a long trip to Accrington – but first up is a visit from Peterborough.

Those sides actually met in the Leasing.com Trophy on Wednesday evening, with a much-changed Posh outfit going down on penalties.

It is the collection of points that will be the priority, however, as United try to return to the Championship for the first time since 2013.

Their haul of 40 league goals so far this term is comfortably more than any other third tier side, with only Manchester City from English football’s top four divisions managing more.

Trying to keep them out at the other end are former Pompey full-backs Dan Butler and Nathan Thompson.

The Blues enjoyed two wins over Saturday’s opponents last season, although a 3-2 defeat at Fratton Park in April ended their hopes of automatic promotion.

TEAM NEWS
Tom Naylor will be aiming for a return to the side, with Pompey’s skipper back in full training following a hamstring injury.

But Marcus Harness received a knock to the knee in Tuesday’s Leasing.com Trophy win over Northampton and is a doubt.

Jack Whatmough needs a reserve game before he will be considered for selection, while Bryn Morris (groin) is out.

The visitors have doubts over three key players, with Siriki Dembele hurting his wrist and Joe Ward his groin in the midweek shoot-out defeat to Ipswich.

VIEW FROM THE DRESSING ROOM
Read the thoughts of Kenny Jackett and Craig MacGillivray or register for a free iFollow account to watch the below video.

TICKETS
Pompey fans can secure seats online here or by visiting the Anson Road ticket office, although there is now limited availability.

Subject to availability, they can also be bought from the ticket office in Frogmore Road from 9am on Saturday.

BETTING
Pompey are the 19/20 favourites with Sky Bet to secure all three points, while the visitors can be backed at 12/5. 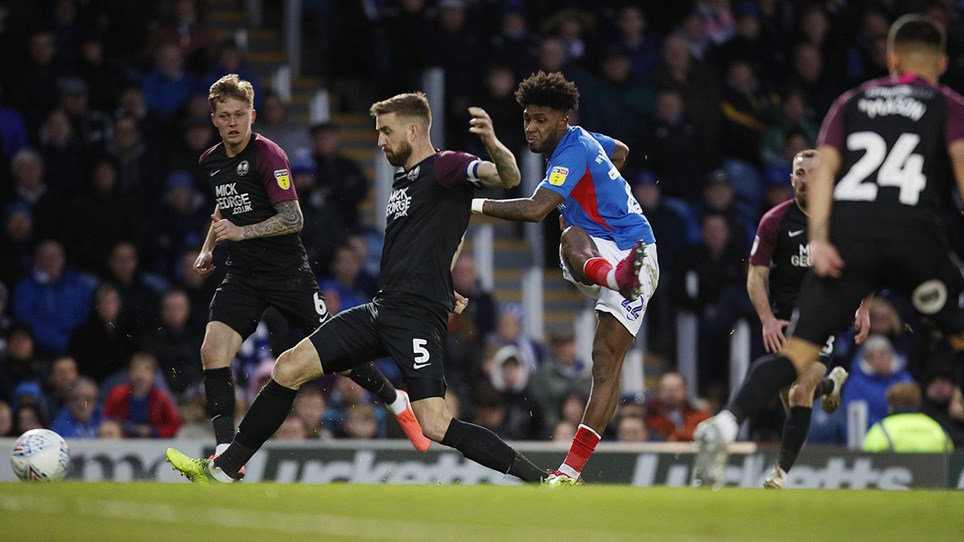 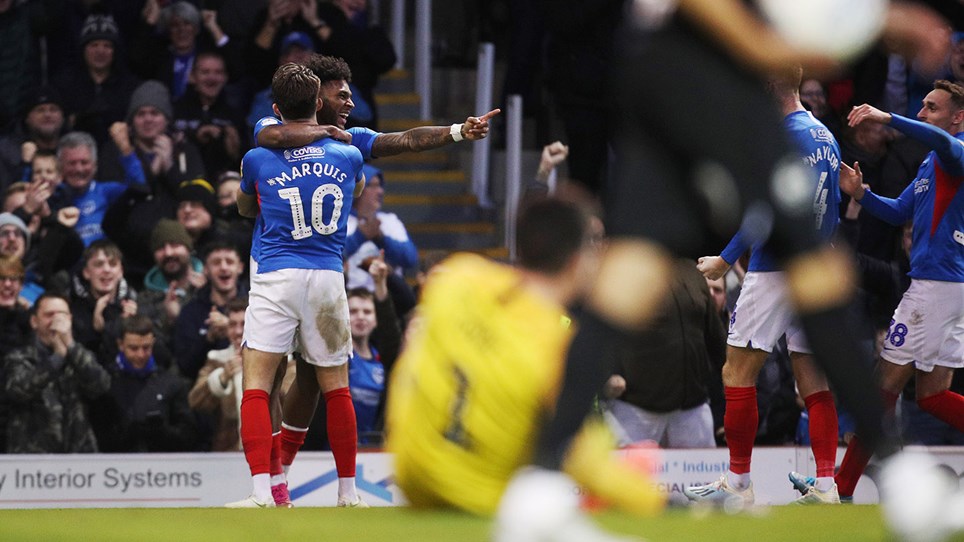 
Pompey stretched their unbeaten run to 10 games in all competitions after drawing with Peterborough at Fratton Park.


It has taken him 68 appearances, but Lee Brown is finally able to celebrate his first goal for Pompey.

A first Pompey goal for Lee Brown was not enough to beat Peterborough and earn a seventh successive victory.

But the Blues were at least able to extend their unbeaten run into double figures, with a 2-2 draw at Fratton Park.

Brown’s free-kick got the hosts level after Ivan Toney had netted an early opener and Ellis Harrison gave them the lead after the restart.

Mo Eisa hit back for free-scoring Posh, however, to ensure the spoils were shared in an absorbing clash.

Kenny Jackett made two changes from the side that narrowly beat Altrincham in the FA Cup the previous week.

Tom Naylor recovered from a hamstring problem to skipper the team, with Ryan Williams also starting, as Anton Walkes and Marcus Harness made way.

There were a couple of familiar faces in the opposition line-up, with former Fratton full-backs Dan Butler and Nathan Thompson both starting.

It was a laboured start from the hosts at a surprisingly flat Fratton Park, with too many passes going astray.

And – after Alex Woodyard has been booked for fouling Ronan Curtis – Peterborough went ahead through the first decent chance of the contest.

Butler swing in a cross from the left and Oli Hawkins missed his attempted clearance, allowing an unmarked Toney to convert at the far post.

There were soon weak appeals for a penalty at the other end, with Charles Breakspear not convinced that Frankie Kent had fouled Curtis.

An equaliser did finally arrive on 26 minutes, however, with the goal coming from a pretty unlikely source.

Williams was brought down by Louis Reed on the edge of the box and BROWN drilled the free-kick through the wall and past an unsighted Pym.

It ensured the left-back was at last able to celebrate opening his Blues account – on his 68th appearance – racing away before performing a forward roll.

Posh came close to restoring their lead moments later, though, with Kent’s effort kept out by Craig MacGillivray from point-blank range.

It was proving to be an even encounter and Thompson was playing the role of pantomime villain, drawing plenty of boos following a foul on John Marquis.

Pompey were next to go close on 36 minutes when Curtis’ cross was only partially cleared and Pym had to get down to his right to keep out Williams’ effort.

Then, at the other end, Brown did well to put off Thompson, who was only able to prod the ball straight at MacGillivray.

Pompey had an opportunity to take the lead seconds after the restart when Brandon Haunstrup slipped a pass through to Marquis, who scuffed his effort.

Williams then skipped past a challenge on the right and when his cross was not fully headed away, Harrison was unable to bring the ball down to get a shot away.

But HARRISON soon got his name on the scoresheet, collecting a pass from Marquis and firing in an effort that Pym got his hand to, sending the ball trickling slowly over the line.

The visitors tried to hit back and Toney fired one shot over, while another from Thompson was smothered by MacGillivray.

Thompson had perhaps been fortunate not to get booked for a couple of previous indiscretions, but finally saw yellow for illegally halting Harrison’s break.

Peterborough were celebrating a leveller on 72 minutes, however, as Eisa was left in far too much space to convert another Butler delivery.

Jackett responded immediately by making a substitution, with Williams making way for Harness in the forward line.

It was Curtis who soon had a chance to restore Pompey’s lead, though, heading Haunstrup’s corner wide at the far post.

Both sides were looking to get forward in the closing stages in an attempt to turn one point into three.

Haunstrup lifted a neat pass into the box and Harrison did well to evade Thompson’s attentions and get a foot on the ball, only for Pym to make a key block.

The left-footed right-back was forced from the pitch in stoppage-time, though, appearing to injure his foot and having to be replaced by Ross McCrorie.

And neither side were able to find a winner in the extra minutes added on, despite plenty of frenetic play as the seconds ticked down.


Pompey stretched their unbeaten run to 10 games in all competitions after drawing with Peterborough at Fratton Park.


It has taken him 68 appearances, but Lee Brown is finally able to celebrate his first goal for Pompey.