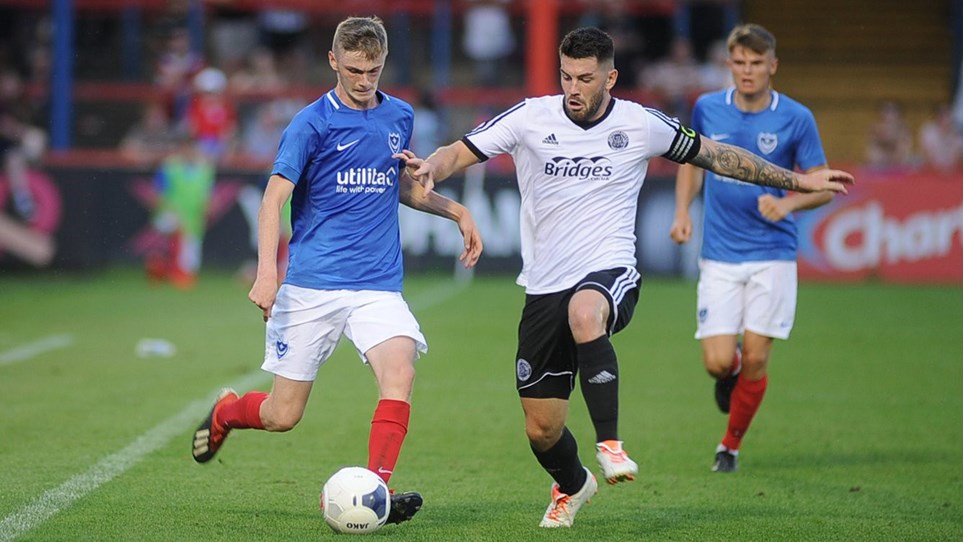 
It was a scoreline that reflected harshly on Pompey’s youthful side. 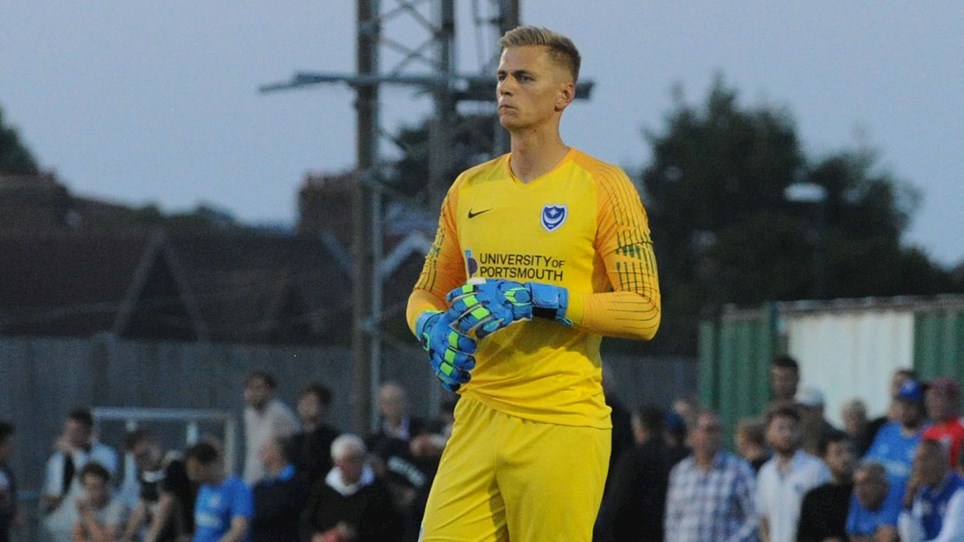 Young Side To Face Aldershot


A youthful Pompey XI side will travel to Aldershot for a friendly on Tuesday evening (7.30pm kick-off).

by Neil Weld at the Recreation Ground

A youthful Pompey XI looked to be heading for a draw at Aldershot before conceding four late goals.

They had performed admirably against experienced opponents and limited their hosts to few clear-cut chances.

But Shamir Mullings opened the scoring with just 10 minutes remaining and then the floodgates opened.

Alex Bass and Matt Casey were the only first team players on display against National League opposition.

The side also included third year scholars Joe Hancott and Leon Maloney, trialist Richard Brindley and members of the academy.

But the young visitors were certainly not over-awed and limited Aldershot to few chances of note in the first half.

Mullings dragged a shot narrowly past the post, while Bass had to tip over a cross from Connor Shields that drifted towards goal.

There was not too much action at the opposite end of the pitch, although Mitchell Walker was called into action to save Joe Dandy’s header from a Stan Bridgman delivery.

Brindley then took a free-kick from 25 yards out, forcing Walker into another – albeit comfortable – save.

Mullings was looking most likely to break the deadlock and Bass did well to keep out his low drive, while a second effort proved easier to deal with.

And Shields really should have scored just before the break, only to fire wastefully wide when Alefe Santos cut the ball back to him.

The second half failed to signal an upturn in tempo, although it was still incredibly humid despite the setting sun.

A corner from Lewis Kinsella found Mullings at the back post, with the striker only able to nod the ball wide.

Skipper Casey was then forced to turn behind Santos’ cross – and the ball flew over the stand and out of the ground.

A raft of substitutes predictably slowed the pace of the game down even more, with both sides taking the opportunity to introduce fresh legs.

Chances were still proving hard to come by, with Haji Mnoga and Alfie Stanley both sending efforts off target for Pompey.

Mullings met another Kinsella corner at the other end, but his header was blocked and the ball hacked to safety.

Aldershot had a great chance to finally take the lead when substitute Berkeley-Agyepong was sent through on goal, with Bass quickly off his line to make the save.

But they did score on 80 minutes when Mullings collected a pass from Whittingham and neatly slotted the ball home.

And it was Whittingham who confirmed victory for the hosts soon after, collecting a pass from Kinsella and neatly finishing past Bass.

But there was still time for more late drama as Berkeley-Agyepong headed the Shots further in front, while Chislett added a fourth in stoppage-time.


It was a scoreline that reflected harshly on Pompey’s youthful side.

Young Side To Face Aldershot


A youthful Pompey XI side will travel to Aldershot for a friendly on Tuesday evening (7.30pm kick-off).