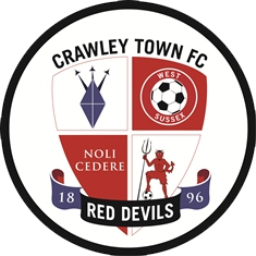 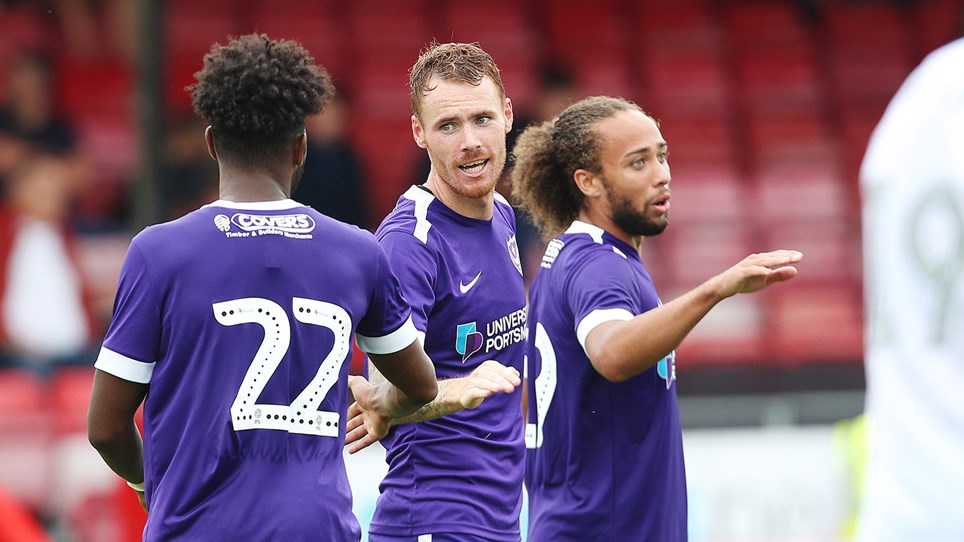 
Pompey saw off League Two side Crawley in their latest pre-season friendly. 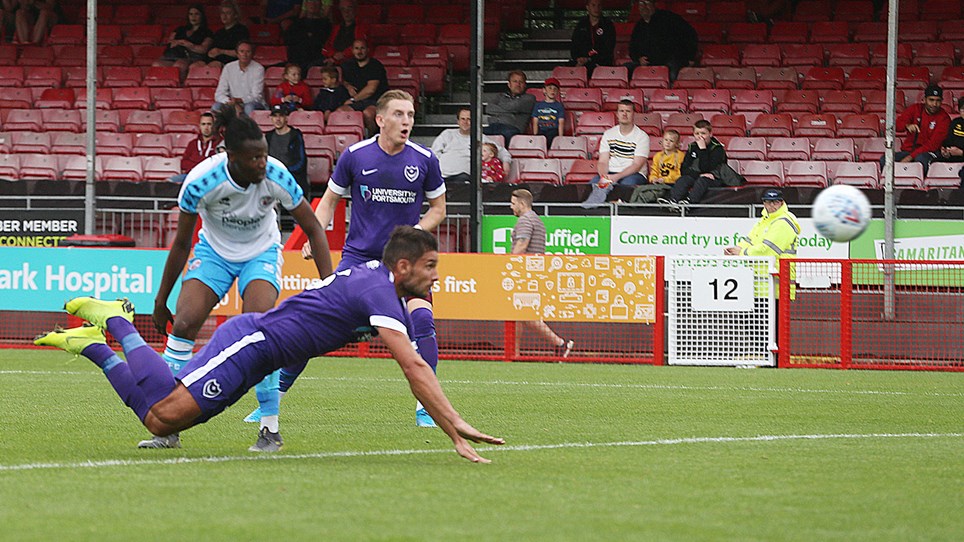 
Pompey continued their preparations for the new season by beating League Two side Crawley.


He endured a frustrating injury-disrupted campaign with Ipswich last season. 
It was another positive step for Pompey with the new League One campaign now just one week away.

by Neil Weld at Broadfield Stadium

They created plenty of chances against their League Two hosts, with Paul Downing hitting the woodwork and another Naylor effort being cleared from the line.

A fierce strike from Mason Bloomfield reduced the Reds’ deficit late on, but they could not find a leveller.

Anton Walkes was called into action early on, heading clear after George Francomb tried to convert a corner.

But it was the Blues who dominated for the majority of the first half and created the best chances to score.

The first arrived on 10 minutes when Downing met Evans’ free-kick and saw his header clip the top of the crossbar.

And the visitors did break the deadlock midway through the half, courtesy of a fine move that started with Naylor.

The midfielder slipped a precise pass through to Marcus Harness and his cross was met by a diving header from EVANS, with the ball striking the woodwork on its way into the net.

There was not much going on at the other end of the pitch, although a header from Ollie Palmer was comfortably claimed by Craig MacGillivray.

Ross McCrorie was looking dangerous for Pompey and a surging run ended with the Scottish loanee’s effort being deflected wide.

They went much closer on 31 minutes after Glenn Morris made a mess of trying to punch clear Ronan Curtis’ header.

Downing collected the ball and although he was unable to get a shot away, Naylor was and the ball had to be cleared from the line by a well-placed Tom Dallison.

There were a couple more half-chances for Curtis before the break, as the Blues continued to probe away.

Harness linked up well to Ellis Harrison and McCrorie soon after the restart and the latter’s effort was deflected behind.

And the lead was doubled on 51 minutes, although Morris will probably think he could have done better.

Lee Brown cut the ball back for NAYLOR, whose effort beat the keeper far too easily before nestling in the net.

Crawley brought on Nathan Ferguson and the newcomer had an immediate impact, forcing MacGillivray down to deal with his angled drive.

The action was soon back down the other end and when Harrison collected Walkes’ threaded pass, David Sesay had to slide in and stop the striker’s shot finding the bottom corner.

But former Hawks striker Palmer really should have reduced the hosts’ deficit just past the hour mark.

He was picked out by Filipe Morais’ left-wing cross, but managed to nod the ball wide from just a couple of yards out.

Chances were now coming thick and fast, but Curtis could not keep his shot down after being slipped through by Harness.

It was proving to be an open end to the contest, with the action quickly switching from one end to the next as both sides went in search of goals.

A looping Downing header caused chaos in the Crawley box and the ball eventually crossed the line, although referee Tim Robinson had spotted a foul.

It seemed as though Pompey would see things out comfortably, but the hosts found themselves back in the game courtesy of a thunderous strike from substitute Bloomfield.

A flurry of substitutes slowed things down for the Blues, though, and the final few moments passed by without incident.


Pompey saw off League Two side Crawley in their latest pre-season friendly.


Pompey continued their preparations for the new season by beating League Two side Crawley.


He endured a frustrating injury-disrupted campaign with Ipswich last season.


It was another positive step for Pompey with the new League One campaign now just one week away.