Fratton Park was packed to the rafters on Monday night for an FA Cup fifth round contest with Arsenal.

But it is back to the bread and butter of League One football this weekend, as Pompey travel to Peterborough.

It is still a mighty contest, though, with both sides firmly in the hunt for promotion to the Championship.

Kenny Jackett’s men are in third spot and just three points adrift of the automatic places with 11 games remaining.

But the division is so tightly packed that they could conceivably finish the day outside the play-off positions.

Darren Ferguson’s Posh outfit are down in eighth place, but have only three fewer points than the Blues and a superior goal difference.

They are searching for a return to winning ways after collecting a single point from their past two outings.

It finished 2-2 when the sides met on the south coast back in December, with Lee Brown and Ellis Harrison on target for the hosts.

But Pompey enjoyed a 2-1 success when they visited London Road last season, courtesy of goals from Oli Hawkins and Jamal Lowe. TEAM NEWS
Pompey currently have no injured players, although Bryn Morris is working his way back to full fitness following a long-term groin problem.

Christian Burgess is suspended for the next two games after collecting his 10th booking of the season against Rochdale.

Peterborough will likely welcome Ivan Toney back to their side, with League One’s top scorer returning from his own ban.

The hosts will be without defender Frankie Kent, who is not yet ready to feature after undergoing a successful knee operation.

Midfielder Reece Brown and striker Ricky-Jade Jones are expected to be available after overcoming knocks.

VIEW FROM THE DRESSING ROOM
Read the thoughts of Kenny Jackett and Ross McCrorie or watch the below video.

Pompey manager Kenny Jackett looks ahead to the Blues' Sky Bet League One match away to Peterborough.

TICKETS
Pompey fans can secure tickets up until 3pm today (March 6), but there will be no sales on the day of the game. Click here for more details.

BETTING
Peterborough are the 5/4 favourites with Sky Bet to secure all three points, while Pompey can be backed at 2/1. 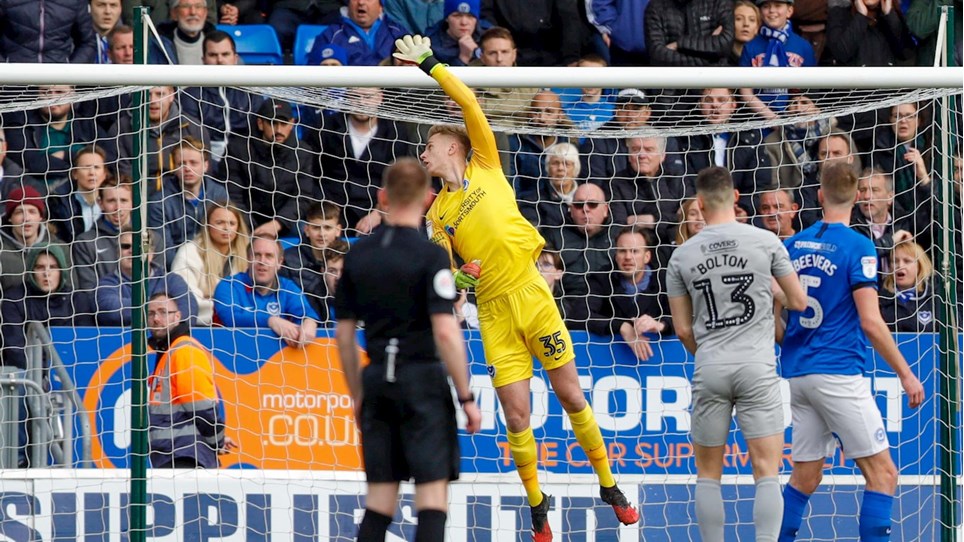 
Pompey dropped to third in the League One table after losing to Peterborough at London Road.

Williams: We're Still In The Hunt


Defeat at Peterborough sent Pompey tumbling three places to sixth in the League One standings.

Jackett: We Never Got Going

Pompey’s contrasting home and away fortunes continued as they slipped to defeat at promotion rivals Peterborough.

Dan Butler scored against his former club to give the hosts the lead and only some good work from Alex Bass was limiting the damage.

The Blues had more of a go after the break, but Siriki Dembele and Ivan Toney were shining for Posh, with the former’s neat finish ending the resistance.

Kenny Jackett made three changes from the side that eased past Rochdale on home soil in the last League One outing.

The most notable inclusion was Jack Whatmough, who replaced the suspended Christian Burgess at the heart of defence.

It was the 23-year-old academy graduate’s first league appearance since featuring against Doncaster 13 months earlier.

There were also returns for Steve Seddon and Ben Close, as Lee Brown and Andy Cannon dropped to the bench.

Former Blues full-back Nathan Thompson was part of a three-man Posh defence, while Butler played on the left of midfield.

There was no pre-match handshake as a precautionary measure because of concerns over the Coronavirus.

A minute’s applause was held, though, in memory of Peterborough groundsman Will Whitney and scout Stuart Gray, who both passed away recently.

It was Butler who was first to threaten and after his free-kick had thudded against the wall, the follow-up attempt flew narrowly over.

Cameron McGeehan’s shot at the other end was comfortably deal with by Christy Pym, as the game opened in scrappy fashion.

There were plenty of half-chances, but nothing to seriously threaten either keeper in the early stages.

Joe Ward flashed a cross-shot dangerously across the face of goal, while Tom Naylor’s header rolled straight at Pym.

Both sides then went close to breaking the deadlock in the space of a few minutes, with the hosts first up.

Toney sent Sam Szmodics racing through on goal, but Bass got down well to deny the January loan arrival.

John Marquis then used his strength to get past Mark Beevers and hit a fierce angled effort that Pym had to push behind.

It was Pompey’s best period of the first half and McGeehan shot wide, only for Peterborough to then take the lead on 32 minutes.

Dembele managed to get past Whatmough and put the ball into the centre, where there was a scramble before Butler lashed it home.

And it almost got even worse for the visitors, with Bass making a superb save to deny Toney from point-blank range.

Peterborough ended the first half firmly on the front foot and had another opportunity to extend their advantage in stoppage-time.

They broke quickly up the pitch from a Blues free-kick and Bass did just about enough to put off the marauding Dembele.

Whatmough had, unsurprisingly, looked a bit rusty before the break and was replaced by Ross McCrorie, with James Bolton moving into the centre.

The hosts made a defensive change of their own, with Thompson withdrawn for Niall Mason, who was soon involved in the action.

Ronan Curtis went down under his challenge and appealed for a penalty, but his cries were ignored by referee Ollie Yates.

Toney was awarded a free-kick for a foul on him by Close, with the striker’s free-kick flying through the wall and having to be beaten away by the impressive Bass.

The keeper then made a more routine stop after Dembele had latched onto a long ball and hit a first-time shot.

Jackett made a second substitution 10 minutes into the second half, as Cannon was brought on for Close.

Pompey soon had a chance to get back on level terms when Seddon’s free-kick was only partially cleared, but Ryan Williams blazed the loose ball over.

They were trying to get at their hosts – despite the constant threat from Toney – but were struggling to find a path through.

Sean Raggett enjoyed a rare foray forward and eventually won a corner that fizzed across goal with nobody able to get a touch.

Jackett then made his last throw of the dice, bringing on an extra striker in Oli Hawkins, with McGeehan leaving the action.

He soon had a chance to bring the Blues level, glancing a header wide after leaping in the area to meet Curtis’ cross.

There were then more nodded efforts from both sides, with Toney sending the ball straight at Bass, while Curtis could only guide Williams’ delivery past the far post.

Peterborough were looking particularly dangerous on the break and a Pompey corner led to their next opening.

But Bass once again came to the rescue, getting down to his right to tip Szmodics’ drilled attempt around the post.

The keeper could not stop Toney from wrapping up Posh’s win on 86 minutes, though, with a neat hooked effort that flew into the net.


Pompey dropped to third in the League One table after losing to Peterborough at London Road.

Williams: We're Still In The Hunt


Defeat at Peterborough sent Pompey tumbling three places to sixth in the League One standings.

Jackett: We Never Got Going

Pompey fans can still buy tickets for the League One visit to Peterborough.

Almost 2,300 seats have already been snapped up for Saturday's contest at London Road, which kicks-off at 3pm.

But tickets must be bought in advance and will not be on sale to Pompey fans on the day of the game.

Supporters collecting tickets on Saturday should visit the booth opposite the main ticket office. 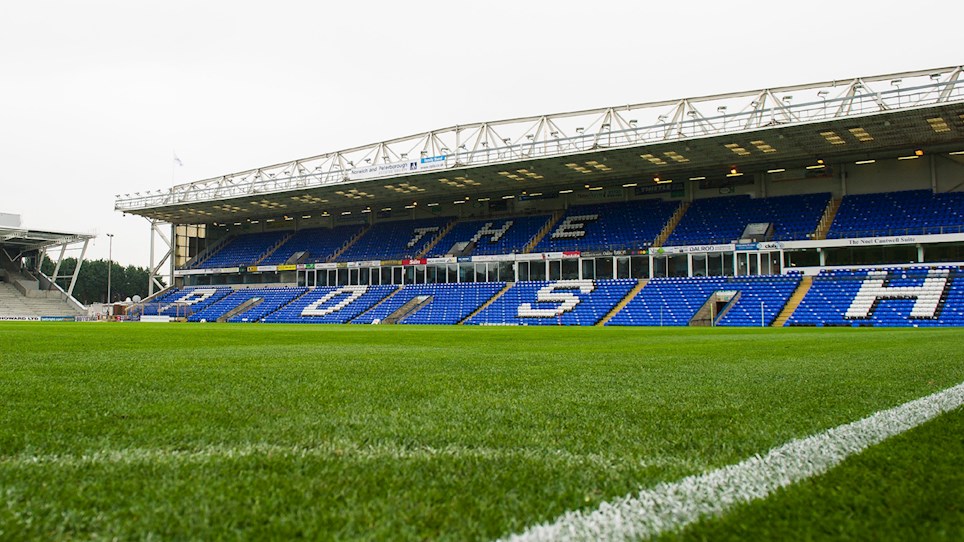