With Pompey unbeaten at Fratton Park in the league and Oxford on a fantastic run of form, something surely has to give on Saturday.

Wycombe and Sunderland are the only other sides in the division yet to have tasted defeat on their own turf this term.

But their opponents will head to the south coast full of confidence and sitting fifth in the current third tier standings.

They have dropped a mere four points from the past eight League One fixtures, although have just two victories on the road.

One of those, however, was a 6-0 rout of Lincoln in September, which saw in-form Tariqe Fosu net a hat-trick.

Karl Robinson’s men are not just impressing in the league, though, with an exciting quarter-final clash with Manchester City in the Carabao Cup to be played next month.

Having already thrashed top-flight West Ham 4-0, they reached the last eight by beating Sunderland on penalties on Tuesday night.

Their FA Cup adventure begins with a trip to Hayes & Yeading next weekend, while Leasing.com Trophy progress has already been assured.

They missed out on top spot in the group, though, with Pompey claiming that honour by winning a bonus-point penalty shoot-out following October’s 2-2 draw. 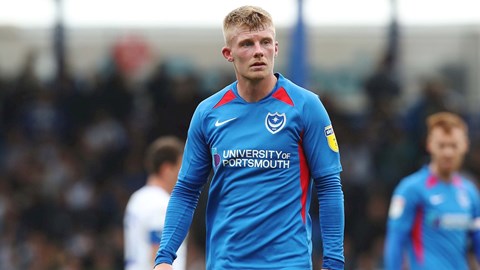 TEAM NEWS
Brett Pitman is still doubtful after missing the past three games with a groin problem, but Andy Cannon has shaken off a knock and is available.

The visitors also have fitness concerns over Cameron Brannagan (knee) and Chris Cadden (hamstring), while Fosu missed training on Thursday.

VIEW FROM THE DRESSING ROOM
Read the thoughts of Kenny Jackett and Ryan Williams or register for a free iFollow account to watch the below videos.

TICKETS
Fratton Park is sold out in the home ends for Saturday's game.

Click here for more information on Remembrance activities that will take place ahead of kick-off.

BETTING
Pompey are the 7/5 favourites with Sky Bet to secure all three points, while the visitors can be backed at 9/5. 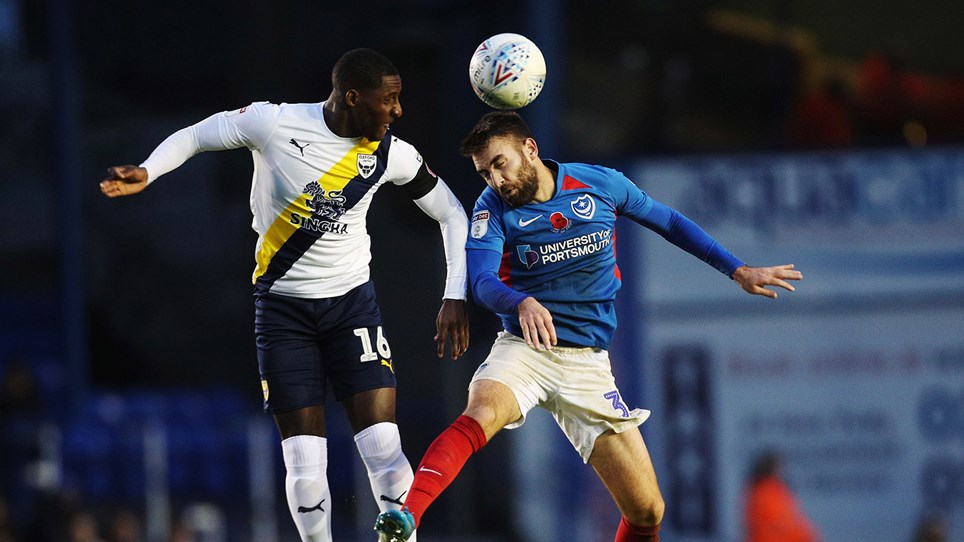 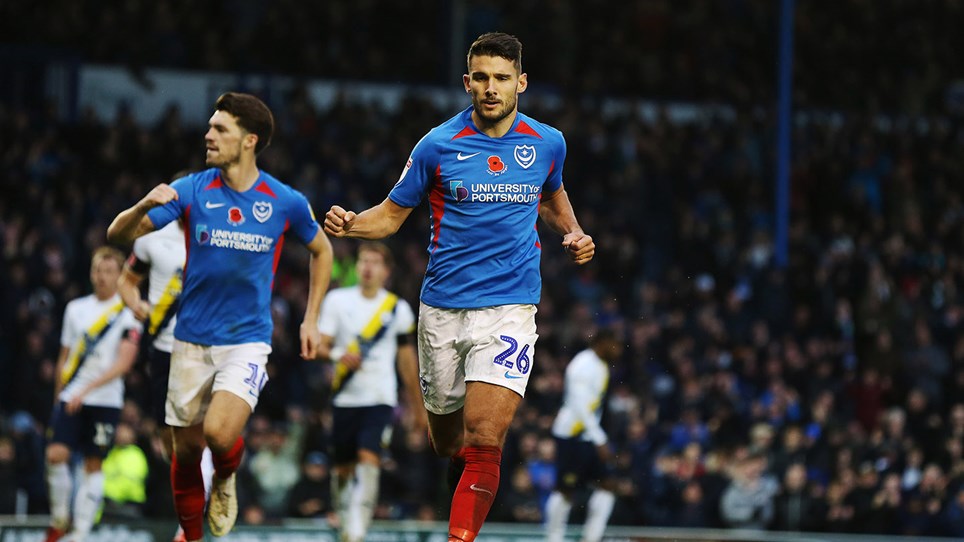 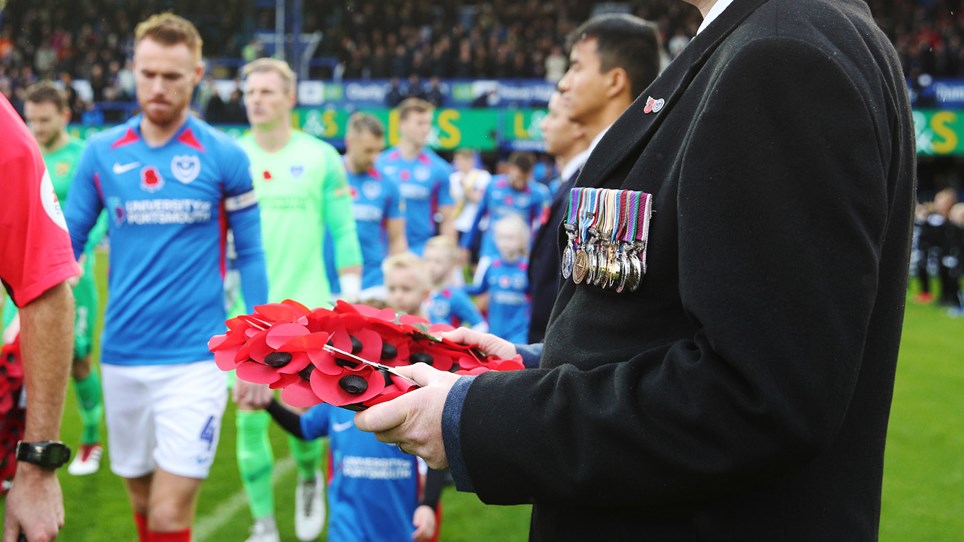 
Pompey were undone by another late goal, as they were held to a draw by Oxford. 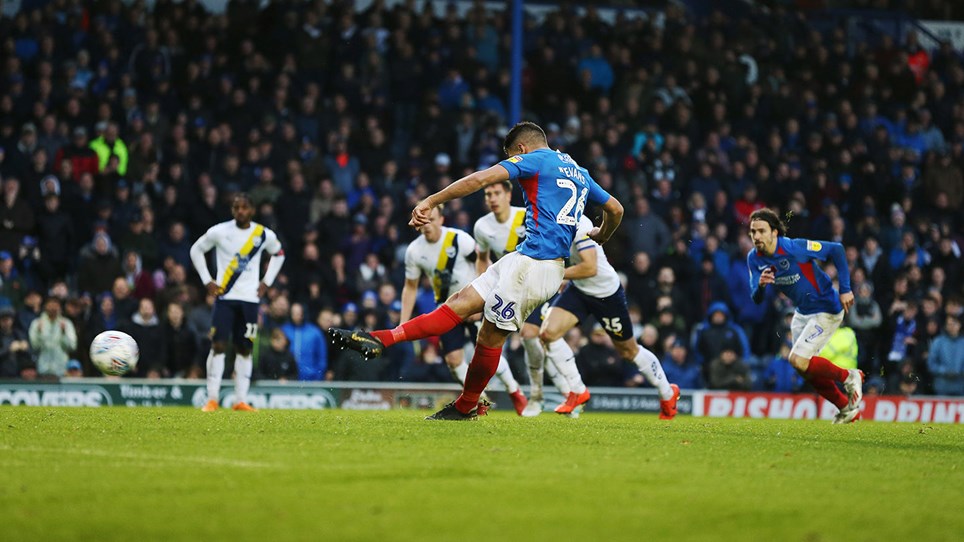 
It was the second Saturday in succession that Gareth Evans put Pompey ahead from the penalty spot.

It was a case of déjà vu for Pompey, as they dropped points in a game they dominated for the third Saturday in succession.

They created plenty of chances against an in-form Oxford outfit at a windy Fratton Park and were on top for most of the contest.

A confident penalty from Gareth Evans, awarded for a foul on Ben Close, looked to have secured all three points.

But United applied late pressure and salvaged a draw when Matty Taylor nodded home in the final minute of normal time.

Kenny Jackett stuck with the same side that were unlucky not secure all three points at Bristol Rovers the previous week.

The earlier rain had died down ahead of kick-off, but a strong wind was still swirling around the stadium.

It made life difficult for the veterans, Gurkhas and standard bearers, who paraded onto the pitch for the annual Remembrance commemorations, which included a bugler playing the Last Post.

And the players also had to deal with the tricky conditions, with the ball blowing out of play as Ryan Williams shaped to cross.

The Australian winger also bent a shot wide, while an Evans effort was deflected past the post as the hosts dominated the opening stages.

They almost broke the deadlock on 16 minutes, but brave blocks denied both Williams and John Marquis in quick succession.

It was not all one-way traffic, though, and Christian Burgess had to deal with Josh Ruffels’ cut-back before a Tariqe Fosu corner was cleared by Sean Raggett at the back post.

But it was still the Blues looking more likely to score and Ruffels made a key block after Ronan Curtis had spun and fired in a shot.

Evans then managed to get a cross into the centre at the second attempt, but Marquis could only nod into Eastwood’s arms.

The visitors were forced to make a change before the break, as Ruffels limped off after McCrorie had been booked for a firm challenge on the left-back.

Oxford then came close to scoring in stoppage-time – and it would have been a second unfortunate own-goal in the space of a week for Craig MacGillivray.

Mackie’s low drilled effort was cleared from the line by Raggett, but the ball ricocheted off the keeper’s back and trickled just past the post.

Pompey continued to look bright following the restart and McCrorie’s centre was behind both Marquis and Curtis in the centre.

The latter then looked to have taken Williams’ pass too wide, but still managed to hit a ferocious strike that cannoned against the crossbar.

But the hosts were presented with an excellent chance to finally take the lead just before the hour mark.

It was a lovely flowing move and when Marquis slipped a pass through to Close, the midfielder was clearly tripped by Elliott Moore.

Referee Ben Toner pointed straight to the spot and EVANS leathered home the penalty to leave Eastwood with no chance.

The lead might have been doubled moments later, as the Blues marauded quickly up the pitch through Williams and Marquis.

But the latter’s pass for Evans was not quite right and the midfielder’s shot was parried behind by Eastwood.

Still the chances kept coming and after Eastwood did well to parry Williams’ drilled effort, John Mousinho cleared behind before Curtis could convert the loose ball.

Oxford had a dangerous set-piece of their own on 73 minutes, but MacGillivray was able to parry clear Anthony Forde’s free-kick from the edge of the box.

They then won a corner that led to an almighty scramble in the Blues box and there were plenty of hearts in mouths before the ball was eventually got to safety.

A MacGillivray goal-kick might have led to an assist at the other end, but Williams could only lift his shot over the bar.

Oxford had been second best for most of the afternoon, only to exert plenty of pressure in the closing stages, winning a number of corners.

McCrorie – who was carrying a yellow card – was replaced at right-back by James Bolton for the final five minutes.

A free-kick from Forde then narrowly cleared the crossbar after the United substitute had tried to move the referee’s foam forward a few yards.

But Oxford did level on 90 minutes, as James Henry crossed towards the far post, where Taylor was waiting to guide home a header.

Ellis Harrison was immediately brought on for Evans to add another attacking option in stoppage-time.

Curtis crossed to the back post, but nobody could make a connection, while another delivery from the same player was nodded over by Williams.

But they were unable to find a winning goal, leaving most inside a sold out Fratton Park feeling deflated.


Pompey were undone by another late goal, as they were held to a draw by Oxford.


It was the second Saturday in succession that Gareth Evans put Pompey ahead from the penalty spot.

Tickets have now sold out for Pompey’s League One clash with Oxford at Fratton Park on Saturday (3pm kick-off).

The fixture will see the Blues pay tribute to those who have served their country, while marking the 101st anniversary of Armistice Day.

Supporters who are still looking to secure a seat can click here and complete the form to be notified if any tickets are returned and become available.

There are still tickets available for the home fixture against Southend on Tuesday, November 5 (7.45pm kick-off).

Click here to book your place at Fratton Park for that game and any of the other home league matches during the remainder of the campaign.