There will be a trio of familiar faces returning to Fratton Park this evening for Pompey’s League One meeting with Southend.

Sol Campbell – who skippered the Blues to the FA Cup in 2008 – was appointed manager of the Essex outfit last month.

His assistant Hermann Hreidarsson is another member of that famous Wembley side, while coach Andy Cole spent a year on the south coast.

They coincidentally replaced another ex-Pompey bunch, with Kevin Bond, Gary Waddock and Svetoslav Todorov all departing Roots Hall following a poor start to the season.

The Shrimpers have secured just one league win – September’s 1-0 success at MK Dons – all season and only a 12-point deduction for Bolton is keeping them off the foot of the table.

Campbell oversaw a 7-1 home defeat to Doncaster before properly taking charge for much closer losses to Ipswich and, on Saturday, Sunderland.

The new man in charge has a big job on his hands, with Southend already eight points adrift of safety.

Pompey won 2-0 in last season’s corresponding fixture, but will be keen to forget the most recent meeting between the pair on United territory.

Goals from Bryn Morris, Ben Close and Oli Hawkins gave them a commanding lead back in February, only for Simon Cox’s treble to ensure the spoils were shared.

TEAM NEWS
Brett Pitman is back in contention for Pompey after returning to training following a groin injury that has kept him out for three weeks.

Ethan Hamilton and Stephen McLaughlin are both serving the final game of three-match bans following their red cards against Doncaster.

Pompey manager Kenny Jackett looks ahead to the Blues' Sky Bet League One match at home to Southend United. 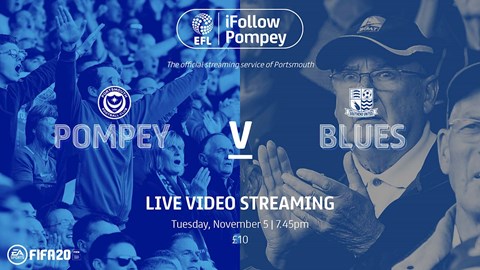 BETTING
Pompey are the 1/4 favourites with Sky Bet to secure all three points, while the visitors can be backed at 10/1. 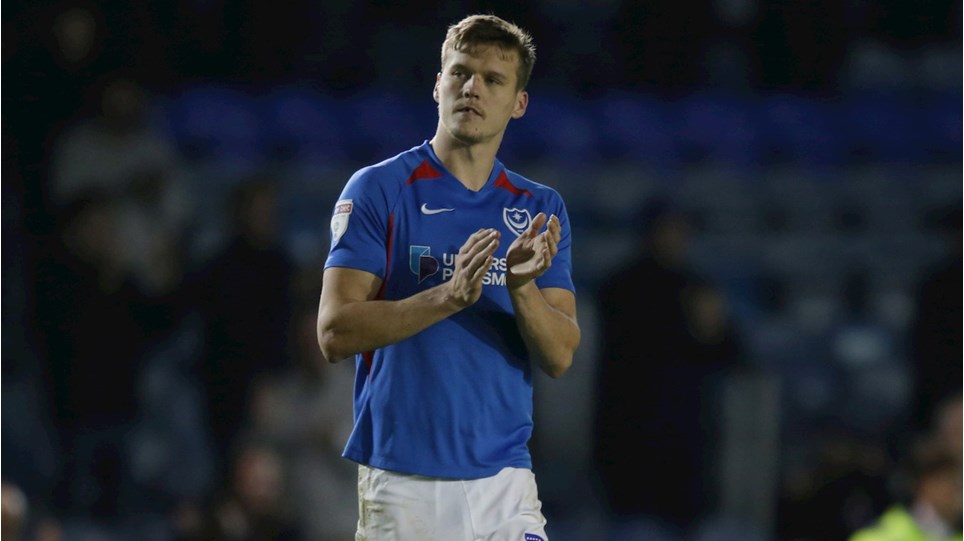 
Pompey have shown how deadly they can be on the counter-attack on quite a few occasions this season.


When Ellis Harrison scores a goal for Pompey, it is safe to assume that another one will follow soon after. 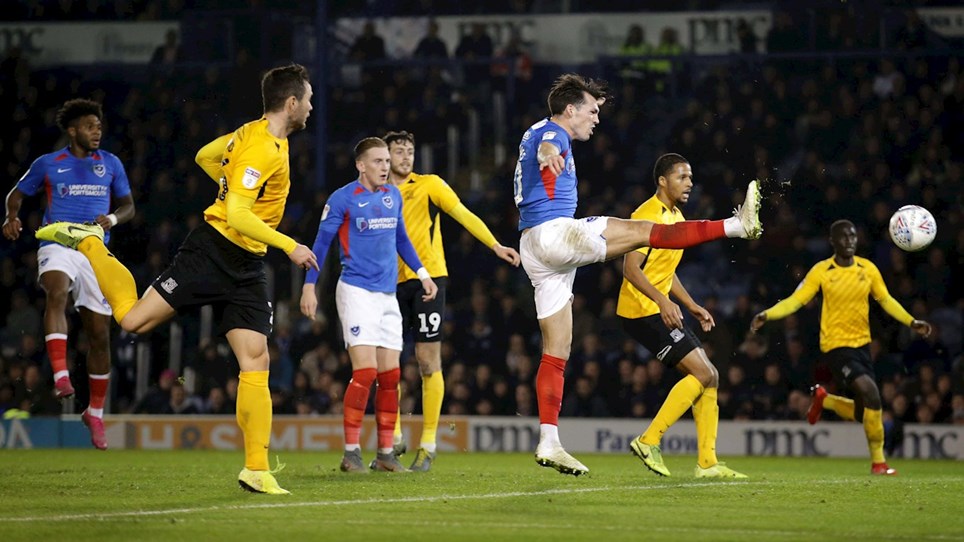 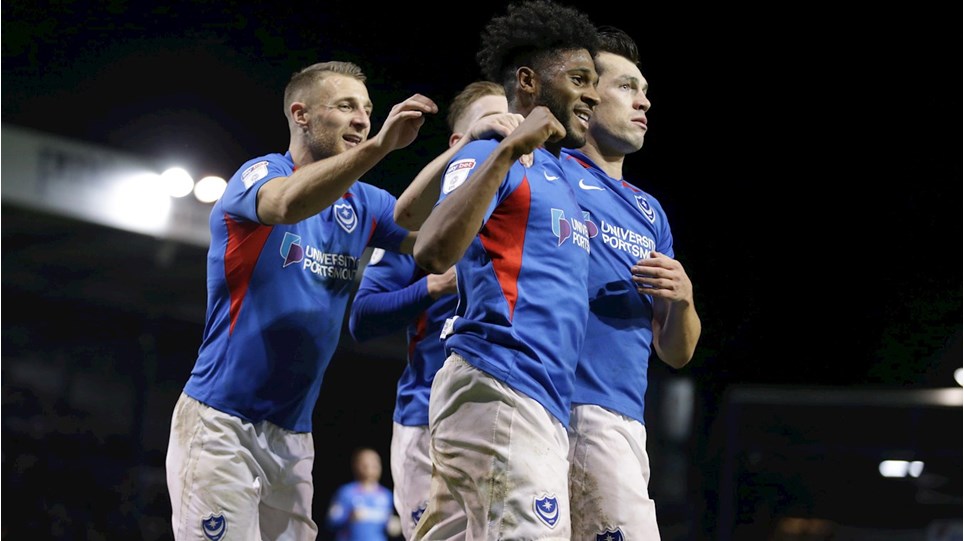 
Pompey produced a fine second half performance as they returned to winning ways in style against Southend.

Pompey had to remain patient before finally easing to victory against struggling Southend at Fratton Park.

It looked like being a frustrating evening for the hosts against their stubborn opponents until John Maquis opened the scoring on the stroke of half-time.

Ellis Harrison forced home another after the break, although Brandon Goodship’s Shrimpers strike got supporters fretting about more dropped points.

But they need not have worried, as Harrison converted a penalty before Marcus Harness came off the bench to wrap things up.

Kenny Jackett made two changes from the side that drew with Oxford on home soil at the weekend.

One of them was enforced, with an injury to Craig MavGillivray meaning Alex Bass was handed a third league start between the sticks.

The other switch saw Harrison replace Gareth Evans and play up front, with Marquis sitting a bit deeper.

There were plenty of familiar faces in the visitors’ dug-out, as Southend had recently appointed a management team of Sol Campbell, Hermann Hreidarsson and Andy Cole.

Svetoslav Todorov, meanwhile, recently left his role as Shrimpers coach, but was at the game to watch his former clubs in action.

The first half was, for the most part, a frustrating one for the hosts, who dominated possession, but found their disciplined opponents difficult to break down.

Clear-cut chances were very much at a premium, with a few teasing crosses that nobody could get on the end of about as good as it got.

Bass was the busier of the two keepers in the early stages, smothering one effort from Isaac Hutchinson and then making a better save to deny Goodship.

At the other end, Sean Raggett was unable to nod Ronan Curtis’ free-kick on target, while Harrison’s header was blocked by Hutchinson.

Pompey then received a blow when Ross McCrorie pulled up with a hamstring injury and had to be substituted, with Brandon Haunstrup on to replace him.

The hosts were looking more dangerous as the interval approached and Mark Milligan just about got in front of Ryan Williams to turn the ball behind.

Ben Close was then fed by Marquis inside the box and drew a smart stop from Nathan Bishop, with his second attempt deflected behind.

But, with virtually the final kick of the half, the deadlock was broken and the assist was provided by the man who came on.

It was a delightful left-footed cross from wide on the right by Haunstrup and MARQUIS found space to prod past Bishop.

Harrison should really have doubled the advantage straight after the interval, but could not keep his header down from Curtis’ centre.

But he made up for that moments later by taking a much more difficult chance to provide a bit of breathing space.

An initial cut-back for Williams was headed back to the striker and HARRISON somehow managed to sneak a shot home, via the underside of the bar, from the byline.

Southend were suddenly being run ragged, with Pompey looking dangerous with every attack and almost adding a third goal.

Brown cut the ball back for Tom Naylor outside the box and the skipper’s fierce effort struck the inside of the post before rebounding safe.

Another long-range attempt – this time from Marquis – was then fumbled behind by Bishop, as the hosts continued to dominate.

Curtis had been the provider of plenty of fine crosses and another one on 65 minutes had to be cleared by Timothee Dieng, with Harrison lurking.

And when Lee Brown’s corner was nodded back by Christian Burgess, an inventive over-head effort from Williams flew narrowly over.

Pompey had to be careful not to switch off at the other end, though, as substitute Emile Acquah headed wastefully wide from Hutchinson’s corner.

They did concede soon after, though, with Bass getting his hands to Goodship’s ferocious strike, but unable to keep it out of the net.

Jackett responded with a second substitution of the evening on 73 minutes, as the lively Williams made way for Harness.

He had an early sighter after Elvis Bwomono’s clearance fell into his path, but the winger’s shot flew off target.

The nerves were settled soon after, though, as Raggett tried to reach Curtis’ free-kick and was tugged to the turf by Rob Kiernan.

Referee Lee Swabey pointed straight to the spot and although HARRISON’s penalty caught Bishop’s trailing leg, it was hit with enough power to find the net.

But the scoring was not over and after entering the area from the right, HARNESS lashed home to ensure there would be no comeback.

And Close almost got in on the act just a few moments later, with a shot that was deflected inches past the post.

Harness also drilled narrowly wide in stoppage-time, as the Blues finished a productive game with a flourish.


Pompey have shown how deadly they can be on the counter-attack on quite a few occasions this season.


When Ellis Harrison scores a goal for Pompey, it is safe to assume that another one will follow soon after.


Pompey produced a fine second half performance as they returned to winning ways in style against Southend.