It is arguably the biggest game of the season so far in League One – and one that is certainly deserving of the Sky Sports cameras being present.

The KCOM Stadium hosts a clash between Hull and Pompey this evening (5.30pm kick-off), as the sides sitting first and second respectively in the table lock horns.

Victory for Kenny Jackett’s side would see them rise above their opponents to the summit, although it would not quite guarantee a Christmas number one.

That is because sixth-placed Doncaster are only a couple of points behind the Blues and have a game in hand to be played next Tuesday.

Whether first or second, though, a win for Pompey would certainly ensure a much-needed raising of festive spirits back on the south coast.

Grant McCann’s Tigers finished bottom of the Championship last season, with defeat at Cardiff on the final day condemning them to the drop.

They had been sitting just outside the play-off positions following a win on New Year’s Day, but the final 20 fixtures brought a solitary win.

That run ensured Hull kept plummeting down the standings, with the low point an 8-0 hammering suffered at the hands of Wigan.

But they stopped the rot at the beginning of the current campaign and were enjoying some fine form before the past two matches brought consecutive defeats to Shrewsbury and Blackpool.

TEAM NEWS
Lee Brown is the only absentee for Pompey, with the full-back continuing to be sidelined by a hamstring injury.

Highly-rated teenage forward Keane Lewis-Potter is not expected to feature, as his contract dispute with the Tigers rumbles on.

VIEW FROM THE DRESSING ROOM
Read the thoughts of Kenny Jackett and Cam Pring ahead of the game.

The game cannot be viewed on iFollow, but subscribers can listen to live commentary from Andrew Moon and Guy Whittingham by signing into their account and visiting the match centre from 5pm.

BETTING
Hull are the 31/20 favourites with VBET to secure all three points, while Pompey can be backed at 9/5. 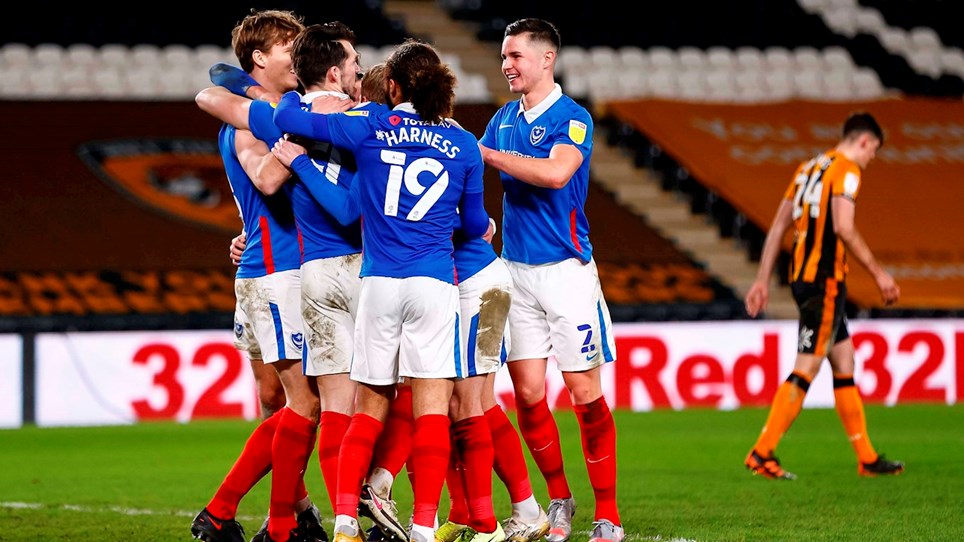 
Pompey overtook Hull at the League One summit after winning a televised clash at the KCOM Stadium. 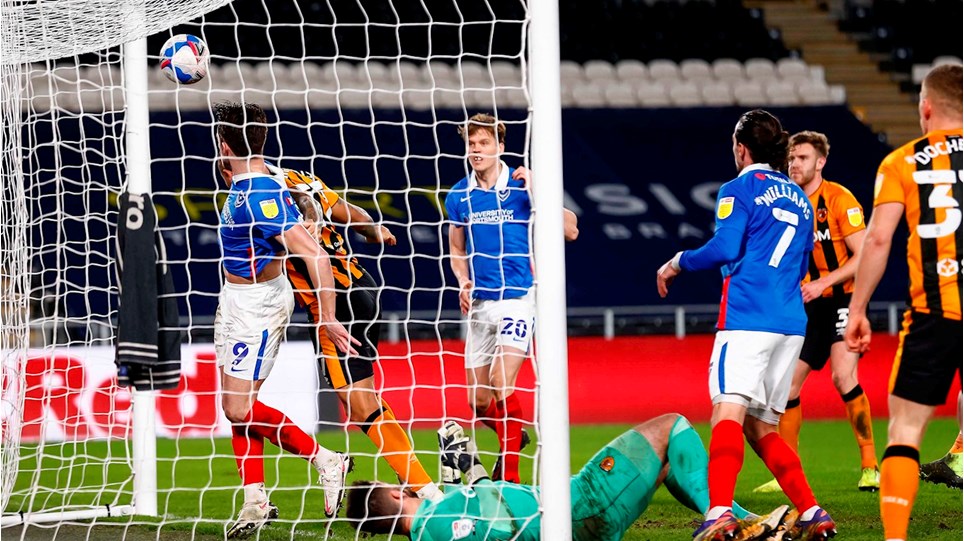 
Pompey replaced Hull at the League One summit after claiming a deserved victory at the KCOM Stadium. 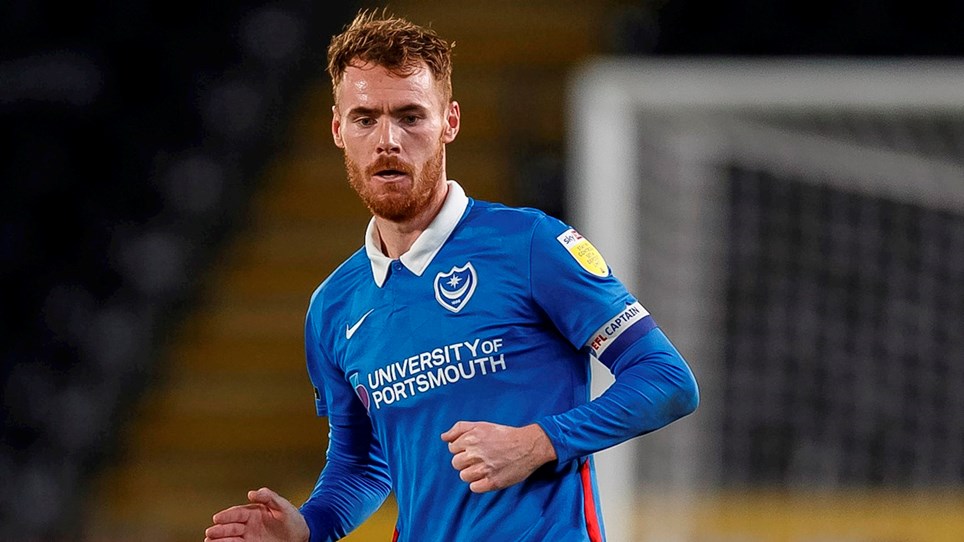 
It was a result that will ensure a very Merry Christmas for Pompey and their supporters.

by Neil Weld at the KCOM Stadium

Pompey climbed to the top of the League One table with a hard-fought – and deserved – victory over previous leaders Hull.

The goals came early in each half, but the visitors were giving a helping hand on each occasion at the KCOM Stadium.

Jacob Greaves appeared to send the first into the net under pressure from Sean Raggett, while Josh Magennis then did the honours after the break.

Kenny Jackett made one change from the side that drew with Fleetwood on home soil earlier in the week.

Jack Whatmough was feeling ill on the morning of the match, so his place in the centre of defence was taken by Rasmus Nicolaisen.

The visitors made a bright start and Marcus Harness’ effort was deflected behind after the winger had swapped passes with John Marquis.

And the deadlock was then broken from the resulting corner, although Hull were upset that the goal was allowed to stand.

Raggett tried to attack the delivery Cam Pring, but GREAVES stooped to try to clear and ended up heading the ball into his own net.

He complained of a boot to the head from the Pompey centre-back, although referee Michael Salisbury disagreed.

The Tigers tried to hit back immediately and when Josh Emmanuel cut the ball back into the box, Mallik Wilks slotted wastefully wide.

It was Pompey looking the more dangerous side, though, and Ryan Williams – who featured in the Blues’ last visit to the KCOM Stadium in 2011 – saw a shot diverted past the post.

Josh Magennis then did well to head clear another Pring corner, as Nicolaisen came charging in to try to meet it himself.

But the hosts grew into the contest and began to threaten themselves, with a James Scott cross drifting towards the net and having to be tipped over by Craig MacGillivray.

And Pompey also had to deal with a series of corners towards the end of the half, but defended resolutely to go in ahead at the break.

The visitors had to survive a scramble in their box straight after the restart, with Hull unable to take advantage of several mis-kicks.

It was a similar story just a few seconds later, although this time Pring was well-placed to hack the ball clear.

But Pompey shook off that shaky opening to the second period and soon managed to double their advantage.

Once again, however, it appeared to be another Tigers player who gained the unwanted credit for the ball crossing the line.

A Ronan Curtis free-kick was nodded on by Nicolaisen towards Marquis, but MAGENNIS got there first and sent the ball past Matt Ingram and into his own net.

MacGillivray stopped an instant reply from the hosts, beating away a fiercely-struck fizzer from Regan Slater.

Pompey were looking pretty comfortable, although Mallik Wilks could not connect with a teasing Keane Lewis-Potter delivery at the back post.

But the Tigers finally roared into life in the closing stages, with a couple of dangerous crosses causing problems.

Greg Docherty then lifted a pass into the box and it looked like Magennis had reduced the deficit, only for his header to come back off the bar, with Nicolaisen doing the mopping up.

There were to be no more scares, however, as the Blues saw out the final few minutes to leapfrog their opponents at the summit.


Pompey overtook Hull at the League One summit after winning a televised clash at the KCOM Stadium.


Pompey replaced Hull at the League One summit after claiming a deserved victory at the KCOM Stadium.


It was a result that will ensure a very Merry Christmas for Pompey and their supporters. 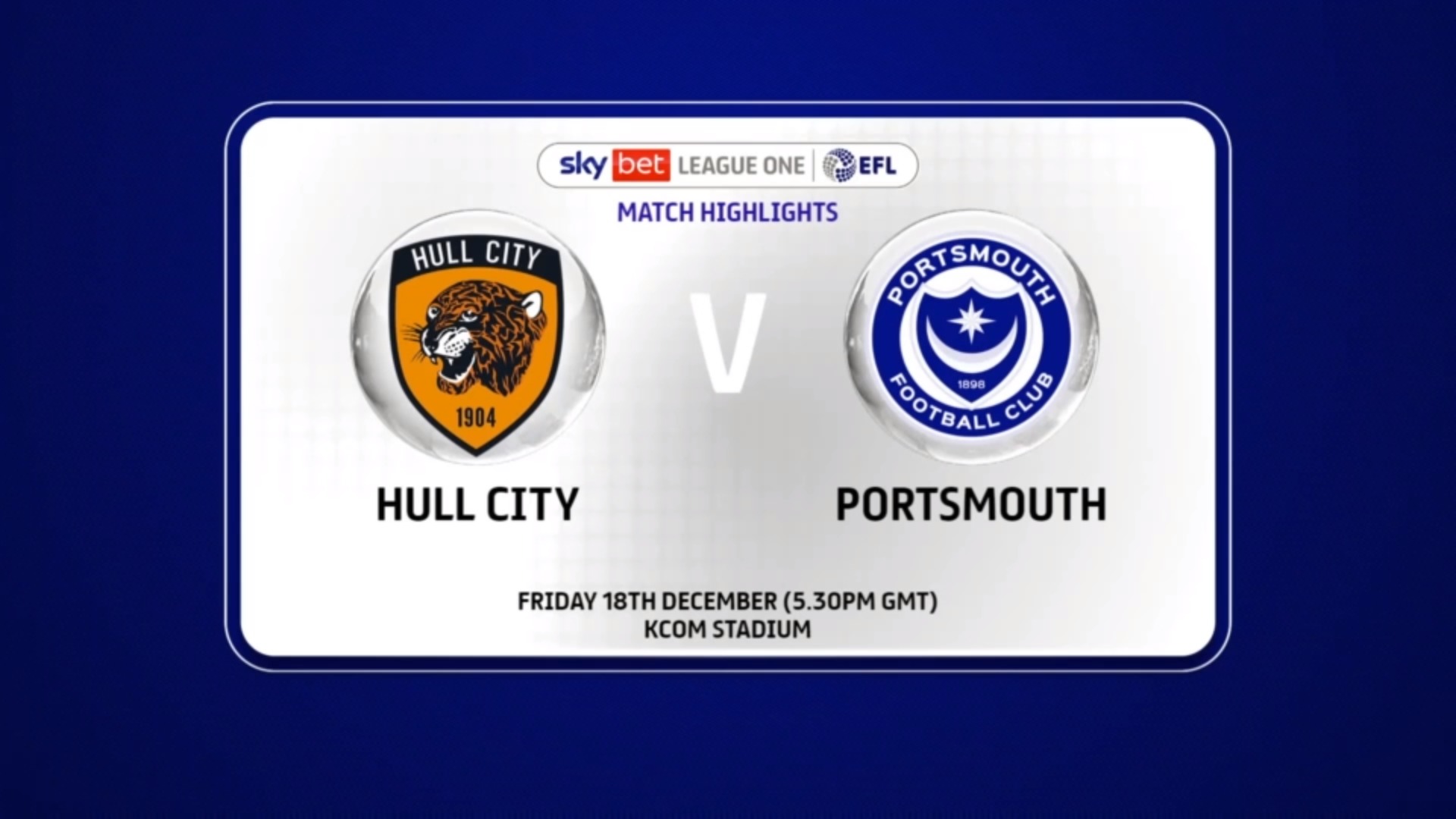 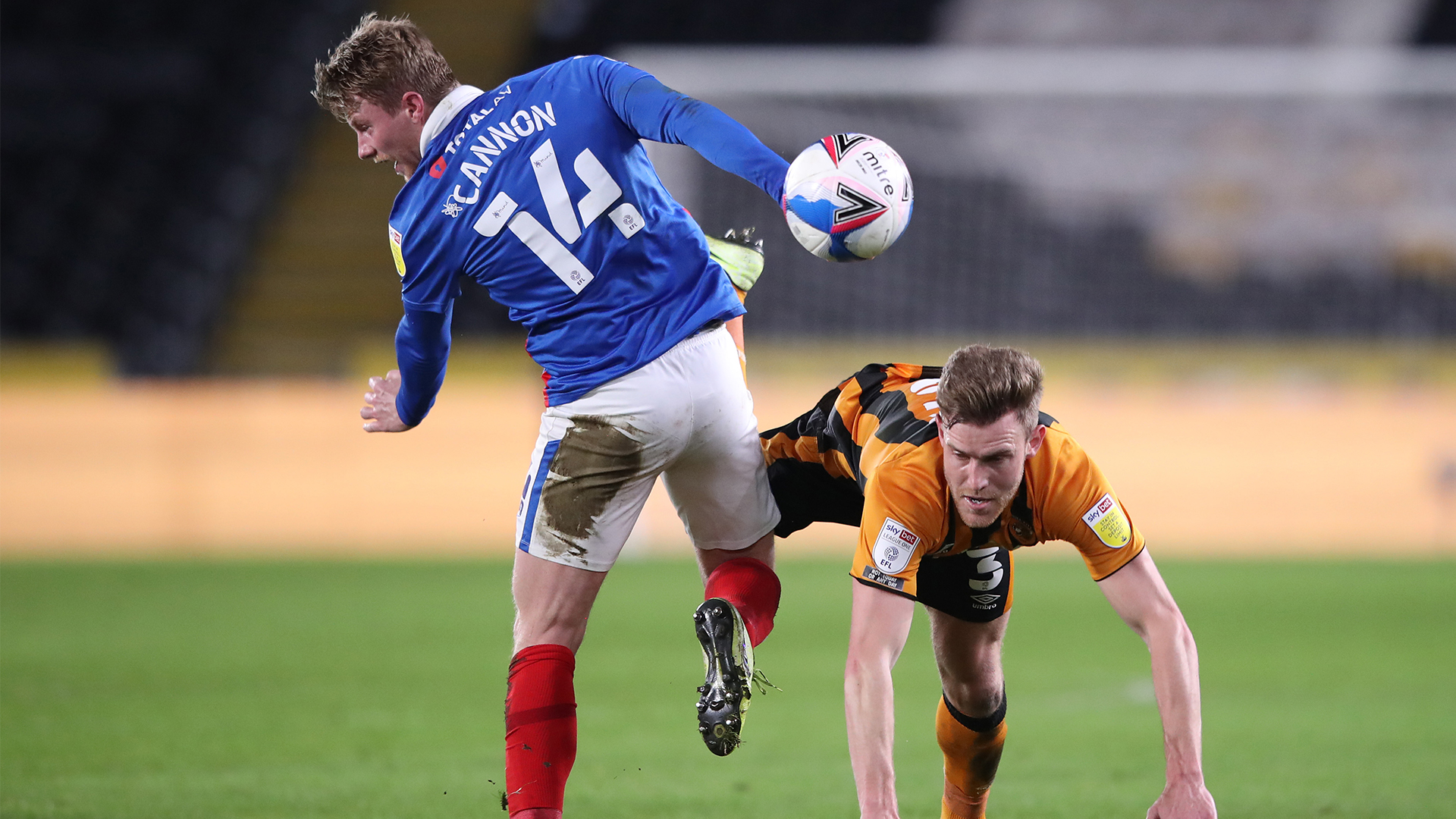 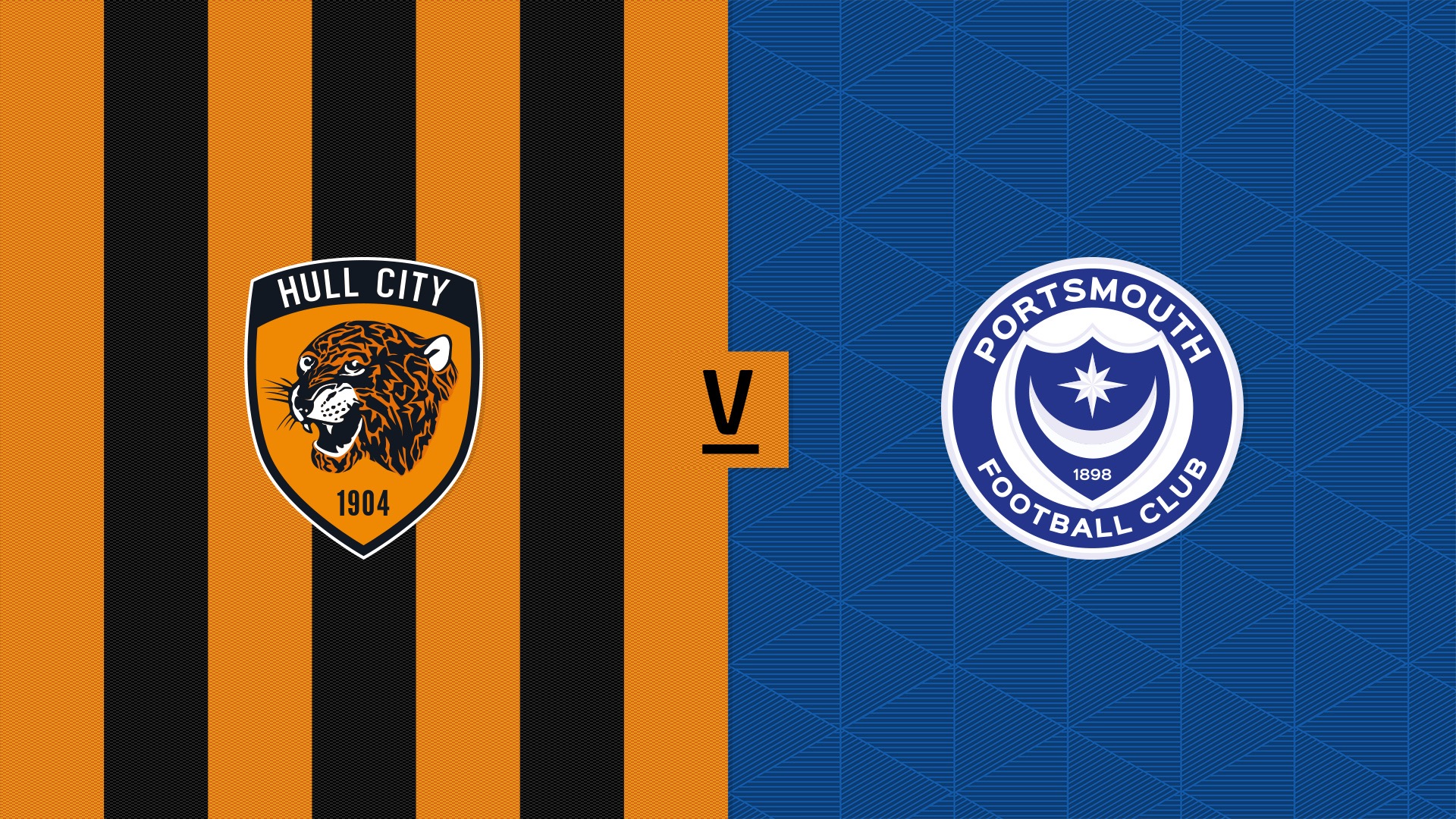