You do not have to cast your mind back too far to find the last time Pompey made the trip to Ipswich.

It was just five weeks ago when the Blues won a dramatic Portman Road contest to reach the second round of the FA Cup.

Sean Raggett was somehow not flagged offside and scored an extra-time winner after the hosts had fought back from two goals two.

But both sides would freely admit that there is a bigger prize at stake on Saturday – three precious League One points.

They are currently sitting side-by-side in the standings, with the Tractor Boys one place higher in third spot.

But Ipswich had only been victorious in one of five successive league matches before last weekend’s come-from-behind triumph at Plymouth.

And they have yet to draw on their own patch this season, securing six wins and being beaten just twice.

Those two losses did come in their most recent fixtures in Suffolk, however, with Hull (3-0) and Charlton (2-0) both escaping with a maximum haul.

The Covid-19 pandemic ensured there was only one league meeting between the sides last season, with Ronan Curtis netting the Pompey winner 12 months ago.

TEAM NEWS
Pompey have a fully-fit squad to select from, with Michael Jacobs returning to full training at the start of the week.

Kane Vincent-Young is working his way back to fitness following an Achilles injury, but Saturday’s game probably comes too soon for the defender.

Oli Hawkins could come up against his former club, with the striker coming off the bench at Plymouth last week.

BETTING
Pompey are the 6/5 favourites with VBET to secure all three points, while the hosts can be backed at 9/4. 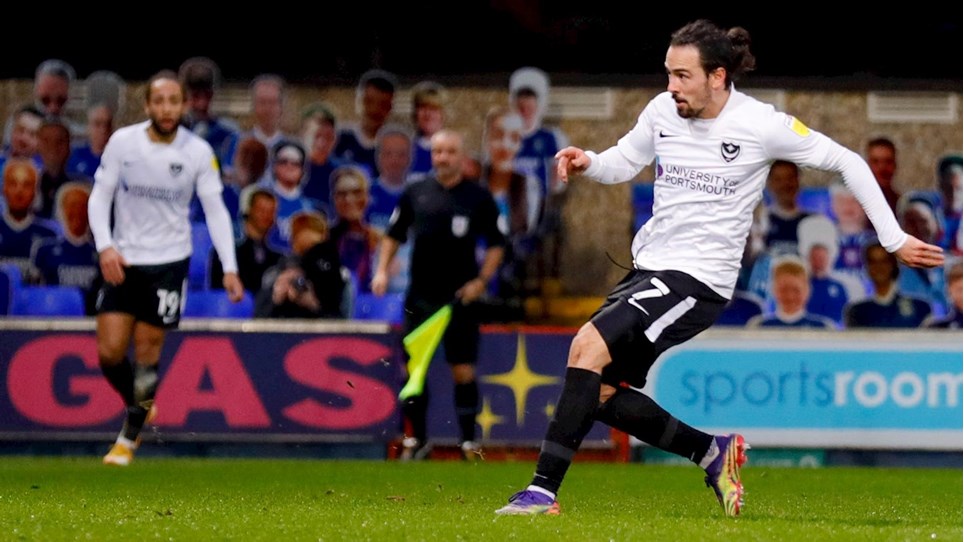 
Pompey produced an impressive display on the road to beat Ipswich and move up to third in the table.

Williams At The Double


Ryan Williams had not managed to find the target this season ahead of Pompey’s visit to Portman Road. 
It was performance and result that saw Pompey boost their League One promotion credentials.


Pompey are unchanged for this afternoon’s League One contest with Ipswich at Portman Road.

Ryan Williams bagged a brace as Pompey comfortably won at promotion rivals Ipswich to move to within a point of the top two.

The visitors were totally dominant in the first half, just as they had been when the sides met in the FA Cup last month.

And Williams scored his first two goals of the season before the break, completing a fine passing move and then firing home another.

Kenny Jackett unsurprisingly stuck with the same side that eased to victory against Peterborough on home soil the previous week.

But there was a welcome return to the bench for Michael Jacobs, who had not featured since injuring his knee at Sunderland seven weeks earlier.

Jack Whatmough just about managed to get a long ball back to Craig MacGillivray soon after the game got started.

But, that aside, the visitors were totally dominant in the opening exchanges, without being able to test their former loan keeper David Cornell.

A series of Lee Brown corners did cause trouble among the Ipswich back-line, but they managed to survive that period of pressure.

John Marquis came close to breaking the deadlock on nine minutes, but Cornell got down low to his left to push behind the striker’s curling shot.

Another good chance feel the Blues’ way midway through the first half, with Ronan Curtis blazing over after being found in the box by Marcus Harness.

And the hosts then almost broke the deadlock themselves, with Craig MacGillivray using his legs to deny Armando Dobra.

Pompey got the goal their overall play deserved on 29 minutes, however – and it was an absolute beauty that started with a throw.

A pass from Cannon was deftly flicked on by Williams for Harness, who drilled a low cross into the area from the right.

The ball was unselfishly laid off by Marquis and WILLIAMS made no mistake with his finish, rifling into the top corner to open his account for the season.

It almost got even better for the Blues when Brown’s delivery was missed by Curtis and Tom Naylor drove a shot wide.

They did have a second goal to celebrate just before the break, though, as Naylor’s long ball was nodded on by Curtis for WILLIAMS to drill home his second of the afternoon.

Williams then set up a great opportunity once the action restarted, whipping in a teasing cross that was nodded wide by Marquis.

He went closer soon after, heading against the crossbar when Curtis delivered a fine free-kick from the left.

A quick break at the other end led to a corner that was only partially cleared and Sean Raggett had to bravely fling himself into the path of a fierce effort from Dobra.

Pompey were forced to make a change just before the hour mark, with Brown picking up an injury and being replaced by Cam Pring.

It was soon the turn of Curtis to rattle the crossbar after Marquis had played the ball across to him on the edge of the area.

And Cornell then came to the Tractor Boys’ rescue, somehow managing to claw away a Raggett header that appeared destined for the net.

Ipswich made changes to try to find a route back into the contest, with former Blues striker Oli Hawkins among those to enter the fray.

Pompey were working extremely hard to protect their lead and still pose threats at the other end, with Williams a tireless presence all over the pitch.

And the Blues were even able to give a few minutes to Jacobs, who replaced Curtis for the closing stages.


Pompey produced an impressive display on the road to beat Ipswich and move up to third in the table.

Williams At The Double


Ryan Williams had not managed to find the target this season ahead of Pompey’s visit to Portman Road.


It was performance and result that saw Pompey boost their League One promotion credentials.


Pompey are unchanged for this afternoon’s League One contest with Ipswich at Portman Road. 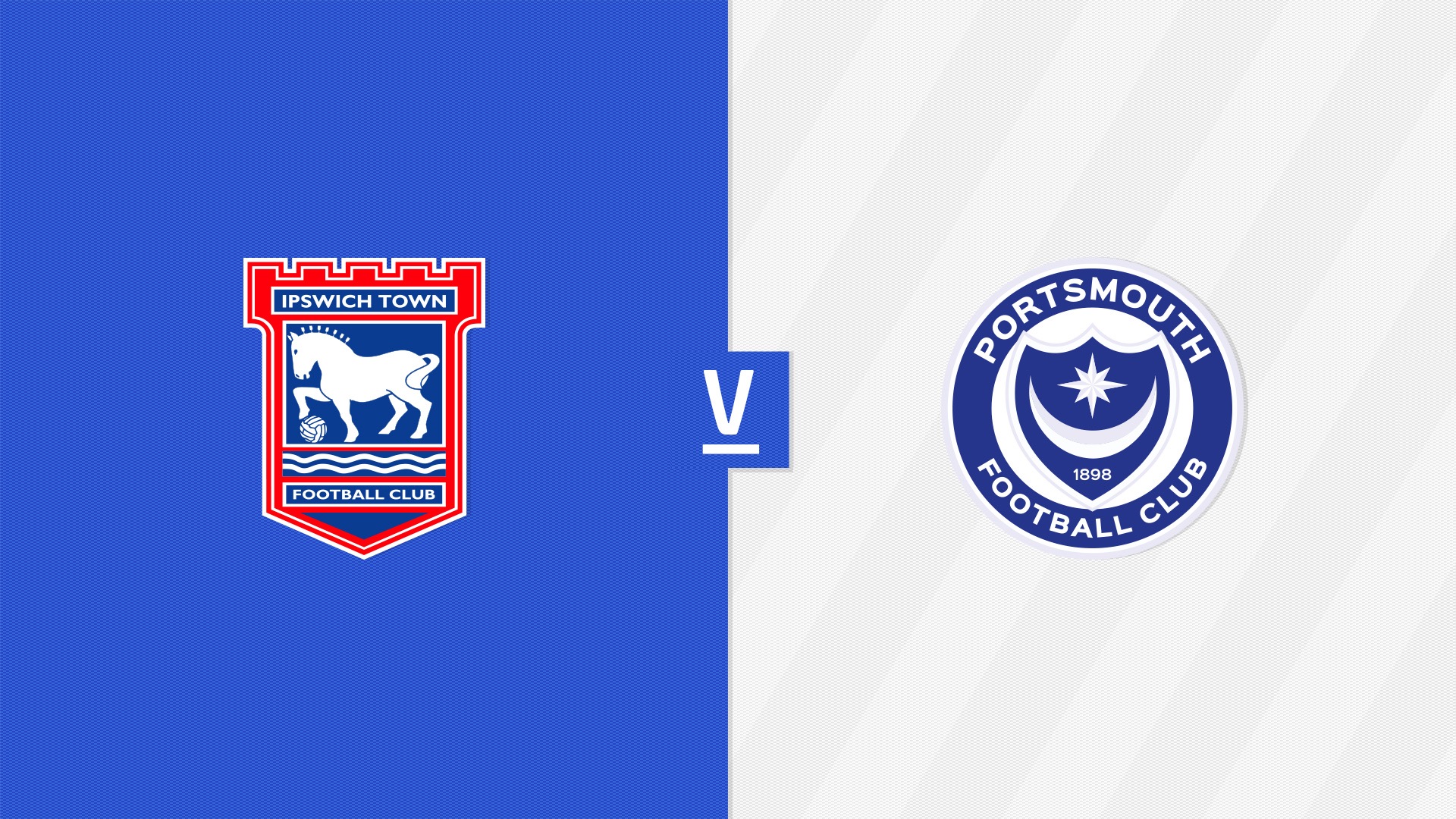 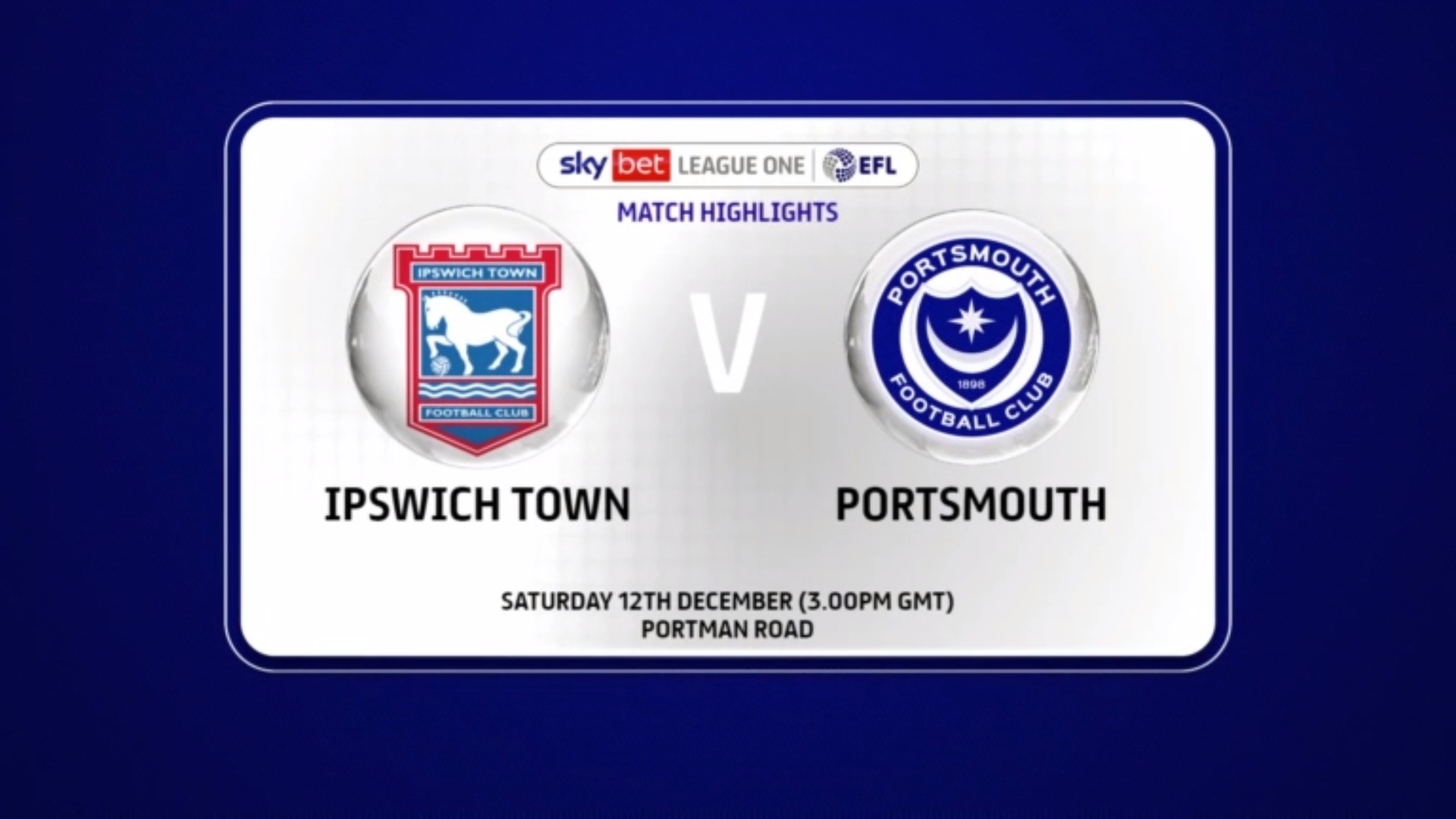 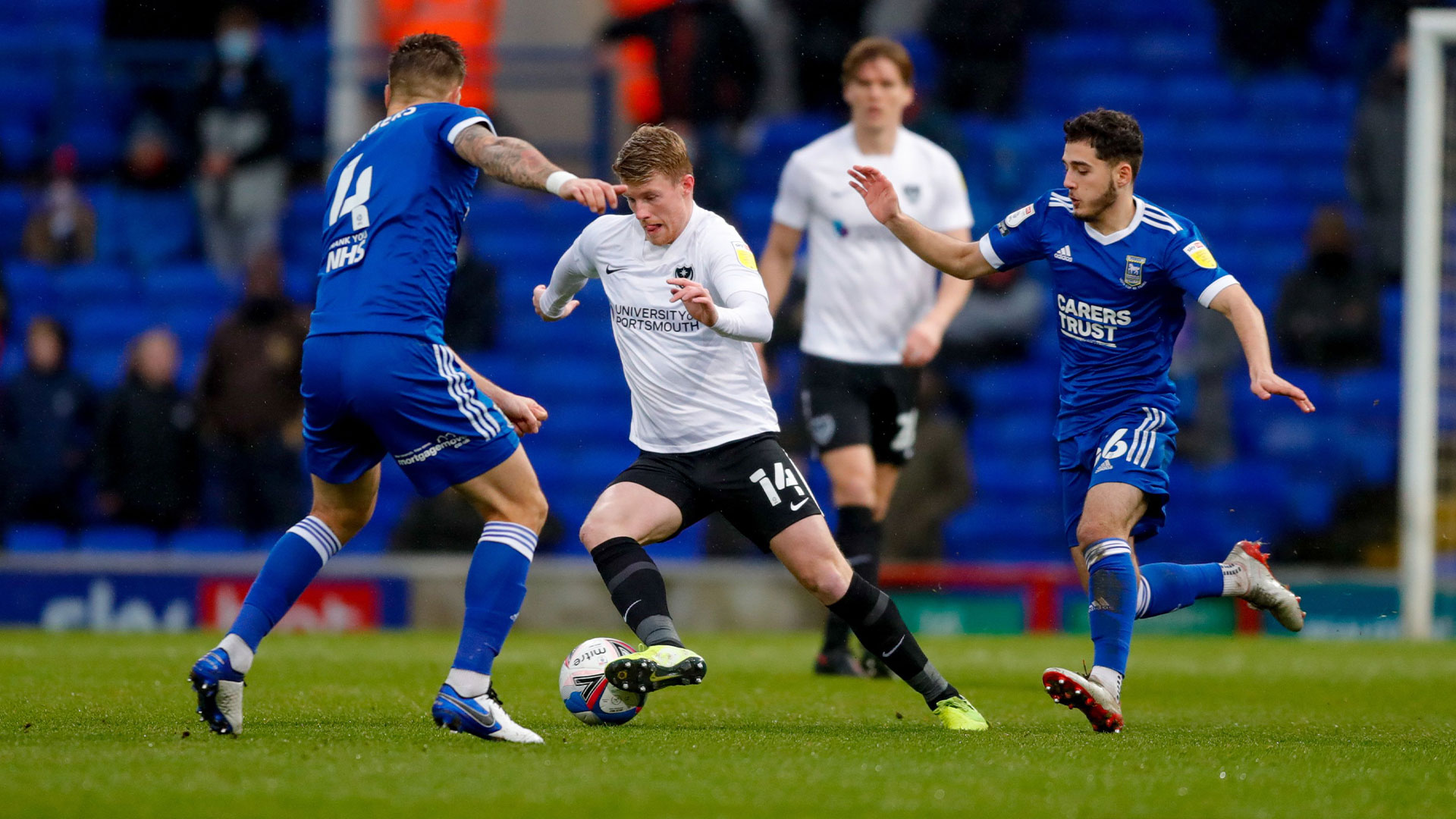