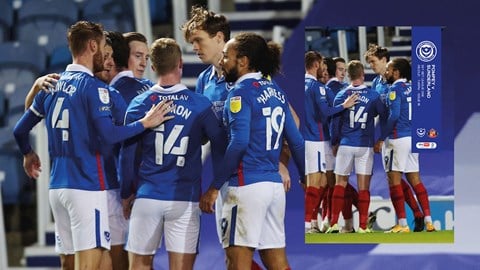 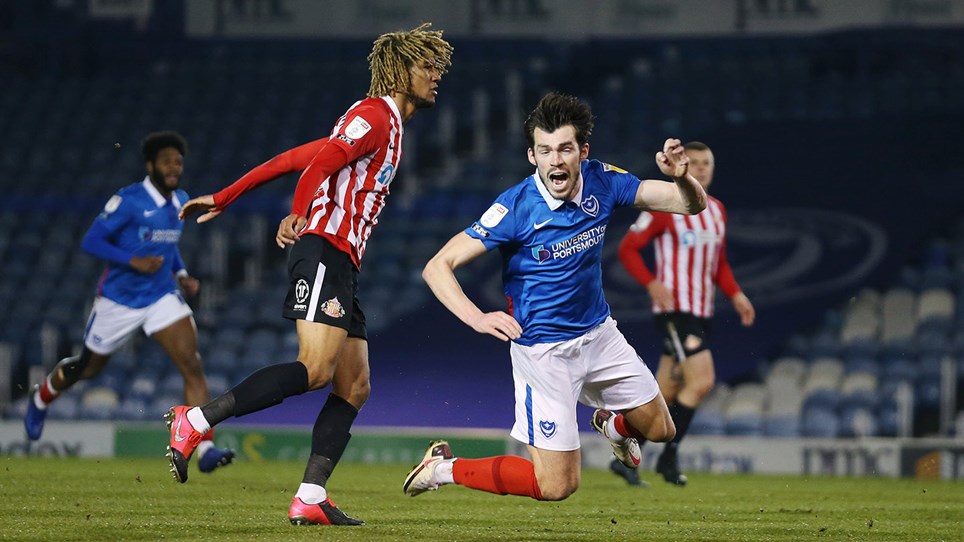 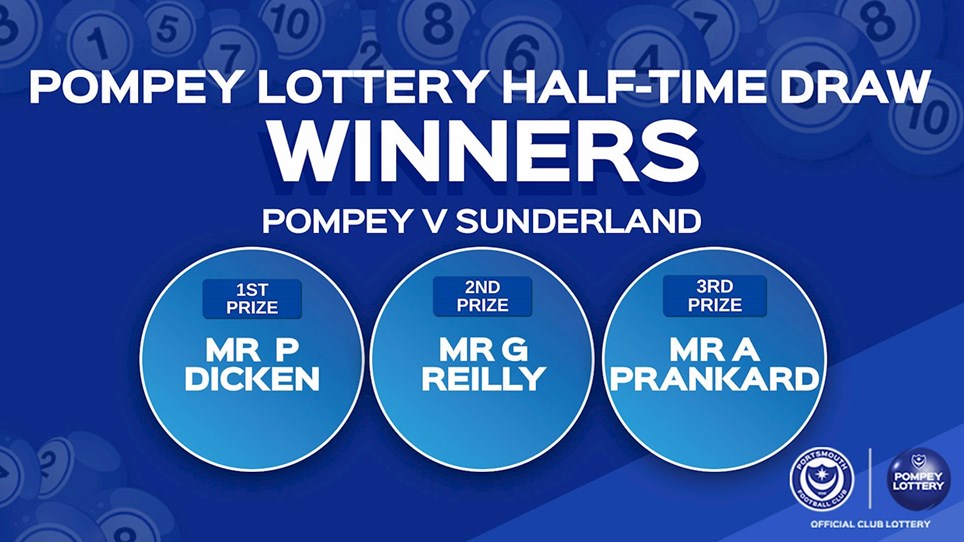 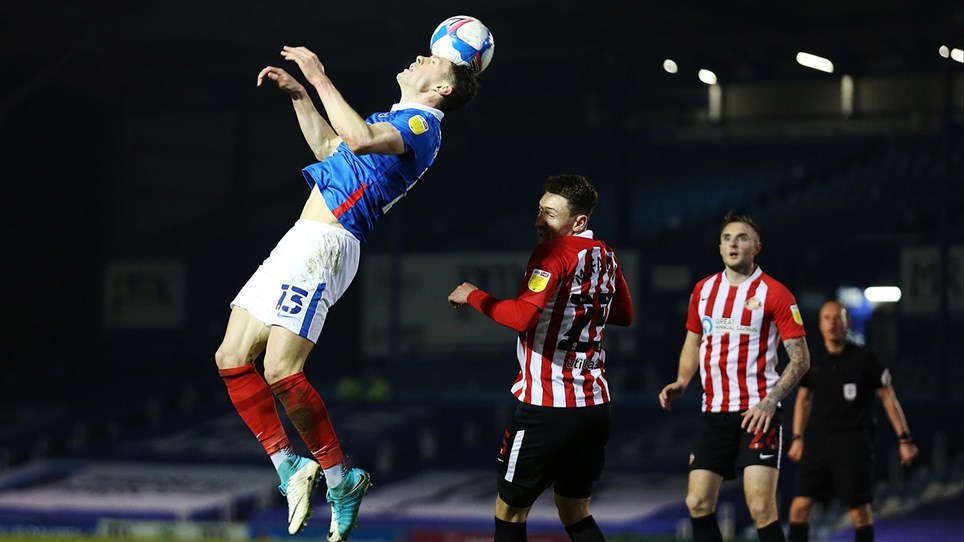 Pompey’s run of poor results continued as they were beaten by in-form Sunderland in front of the Sky Sports cameras at Fratton Park.

And the hosts were once again in generous mood at the back, leaving Charlie Wyke free to head an early opener and then gifting Jordan Jones another goal after the break.

There was certainly plenty of endeavour on display from the Blues, but they were unable to test Black Cats keeper Lee Burge.

Kenny Jackett made five changes from the side that were comprehensively beaten at Northampton at the weekend.

Ellis Harrison came in to partner John Marquis up front, while there were also returns for James Bolton, Charlie Daniels, Harvey White and Ryan Williams.

Ronan Curtis, Marcus Harness, Lee Brown and Rasmus Nicolaisen all dropped to the bench, with George Byers missing out completely.

Both sides took a while to get a feel of each other in the opening stages, although Williams sent in some dangerous early deliveries.

But it was the visitors who were the first to properly threaten and Craig MacGillivray flew to his left to keep out Aiden McGeady’s swerving long-range strike.

And Sunderland took the lead from the resulting corner, as Wyke broke away from his marker to head home Jones’ corner.

Harrison was unable to keep his header down after meeting a flag-kick from White a few minutes later.

And Williams thought he should have won a penalty after going down in the box, only for referee David Rock to award the decision against him.

The Australian winger then showed some neat footwork, cutting in from the right and playing a cute pass through to Marquis, who shot wide.

There were not an abundance of clear-cut opportunities at either end of the pitch, despite both teams showing plenty of endeavour.

Pompey might have levelled in stoppage-time, but Marquis could not quite make a connection after Tom Naylor had played a one-two with Williams and delivered a cross.

It was a fairly circumspect start to proceedings following the restart, with the game still lacking a real spark.

There was certainly nothing to suggest that either side could add to the scoring, which obviously suited the visitors more than the Blues.

But a goal did arrive just before the hour mark and it was an absolute gift that allowed the Black Cats to double their lead.

It came from a Pompey throw, with Andy Cannon trying to play a cross-field pass for Sean Raggett, only for Jones to nip in and steal the ball before neatly lifting it home.

Jackett had been preparing a double change beforehand, with Harrison and White withdrawn for Curtis and a fit-again Michael Jacobs.

Raggett soon met a Daniels corner with a flick that was blocked, as the hosts tried to find a route back into the contest.

But Sunderland came close to a third goal on 76 minutes, with Wyke poised to poke in a loose ball from a yard out, only for MacGillivray to snatch it from him.

There was further bad news for the Blues soon after, as Cannon went down injured and limped from the field to be replaced by Harness.

And despite producing plenty of effort, the hosts never really looked like finding the goal that would spark hope of a comeback, although results elsewhere ensured they at least remained in the top six. 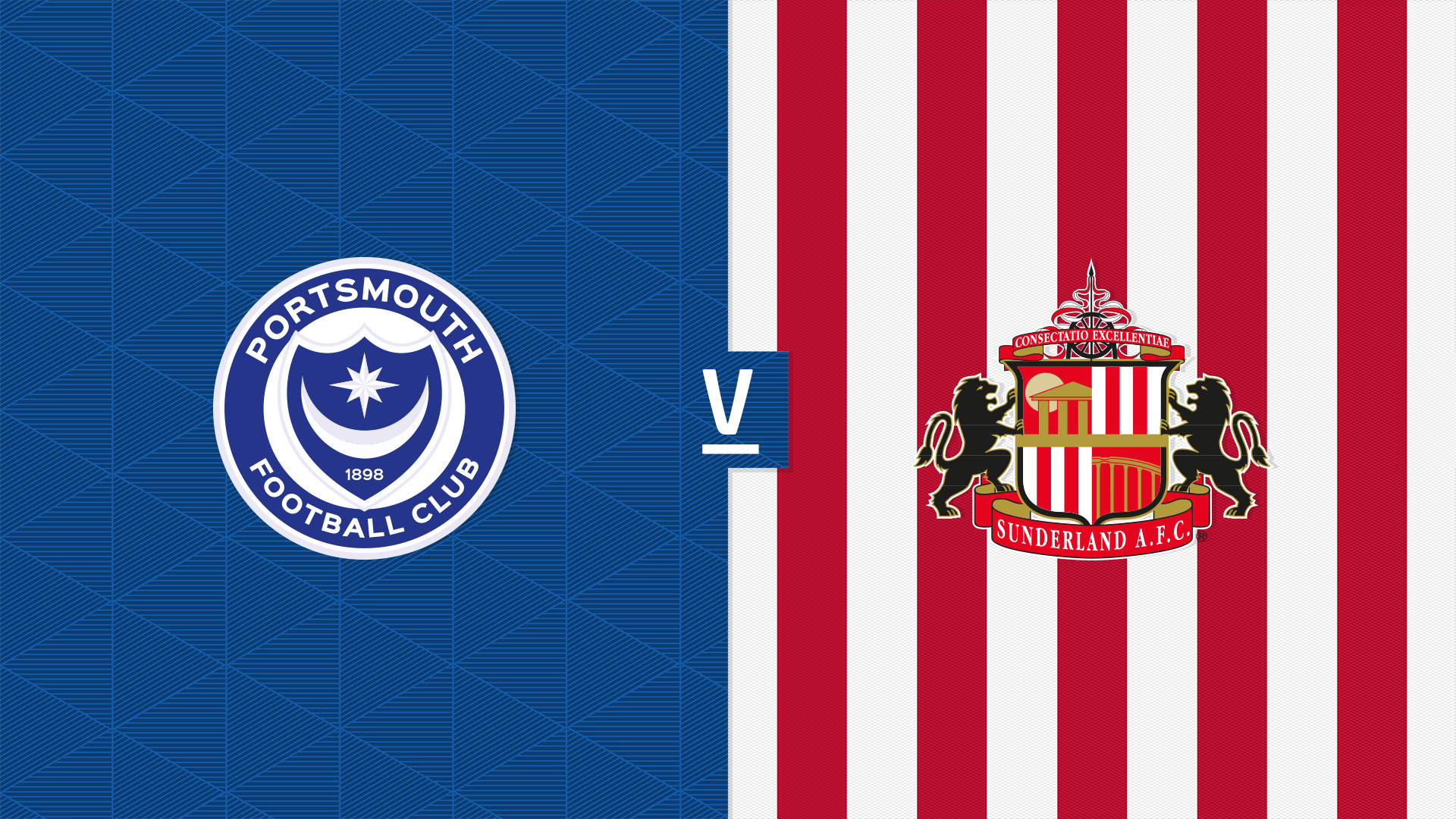 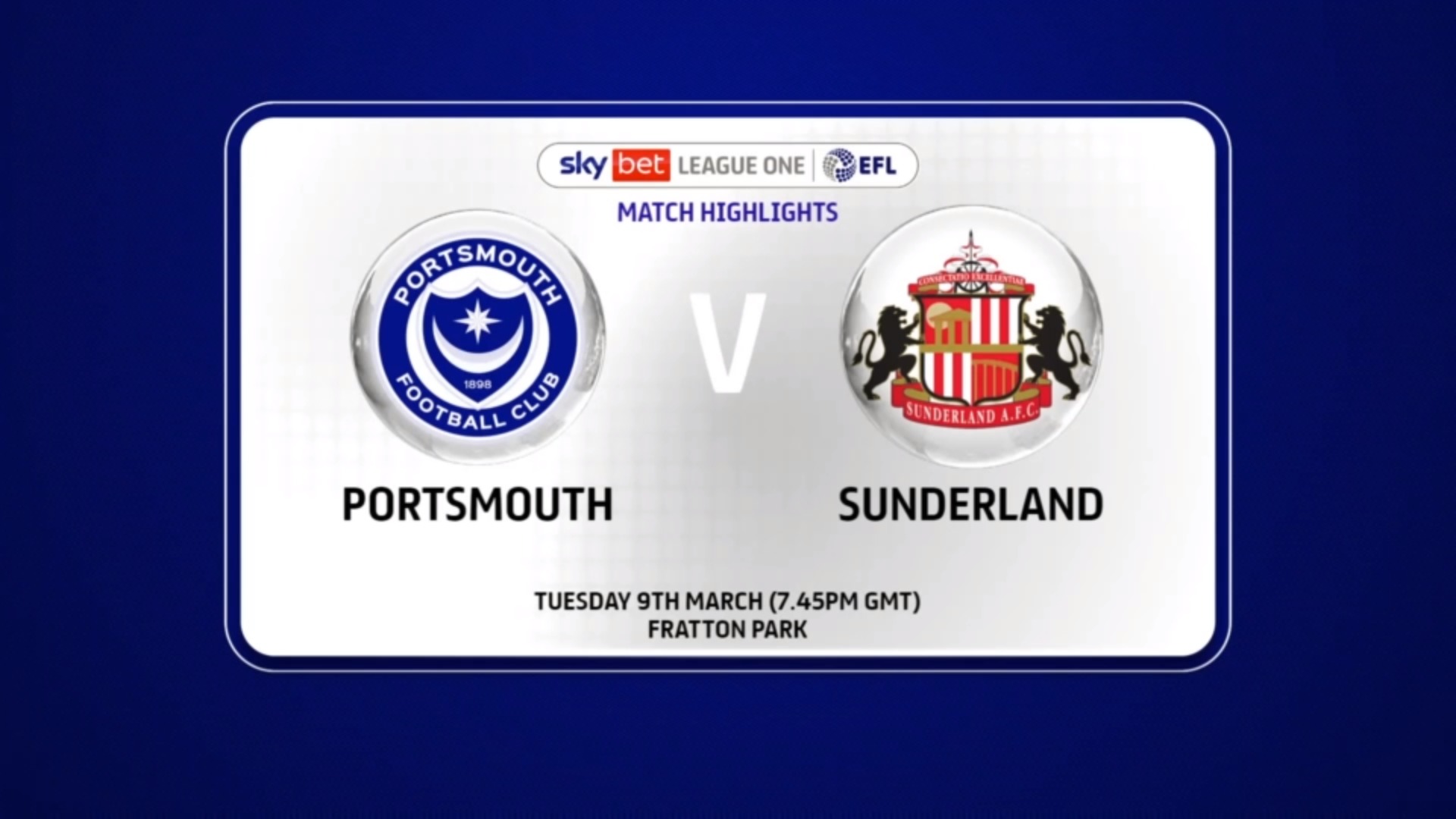 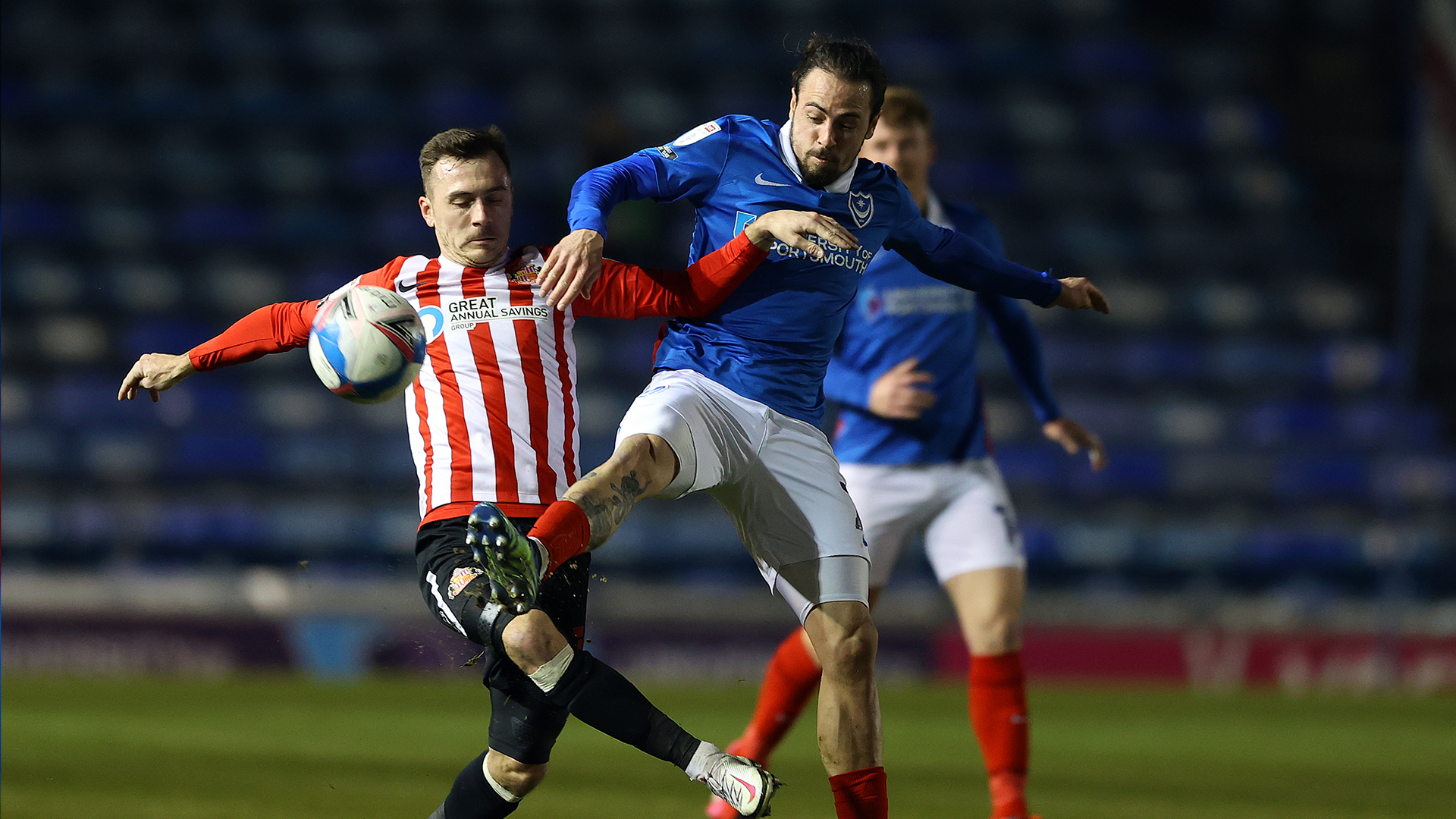