Pompey and Sunderland have developed a fierce rivalry over the past couple of seasons.

Both are big clubs who fell on hard times and have a large and passionate fan-base eager to see them escape League One as soon as possible.

Of course, a fixture that normally attracts a healthy crowd will have to take place behind closed doors this weekend.

Each side has had their chance to celebrate after recent fixtures, with the Black Cats enjoying play-off success at the end of the 2018/19 campaign.

That contest, however, came a few weeks after the Blues had memorably battled from behind to enjoy a penalty shoot-out triumph at Wembley in the EFL Trophy final.

Sunderland are currently the only unbeaten side in English football’s third tier, having won four and drawn two of their six league fixtures.

Luke Offord’s own-goal was enough for them to secure the points against Crewe at the Stadium of Light earlier in the week.

The result leaves them sitting fifth in the table, three places ahead of Pompey and with a game in hand over all the sides above them.

TEAM NEWS
Ellis Harrison is out with a hamstring problem, but Jordy Hiwula could make his debut after joining Pompey on a short-term deal.

Sunderland also made a signing this week, bringing in defender Callum McFadzean following his departure from Plymouth.

Jordan Willis could feature for the hosts after recovering from a foot injury, while Tom Flanagan is available following an ankle problem, but Morgan Feeney (hamstring) and Arbenit Xhemajli (knee) are both out.

VIEW FROM THE DRESSING ROOM
Read the thoughts of Joe Gallen and John Marquis ahead of the game or listen to what Jordy Hiwula had to say about joining the Blues.

BETTING
Sunderland are the 21/20 favourites with Sky Bet to secure all three points, while the Blues can be backed at 5/2. 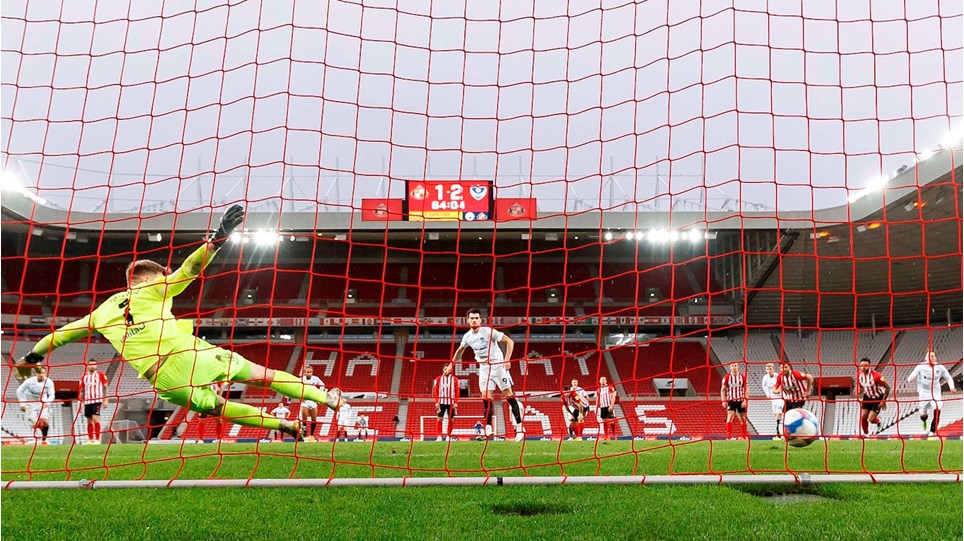 
Pompey completed a fruitful week by securing a comfortable win over Sunderland at the Stadium of Light. 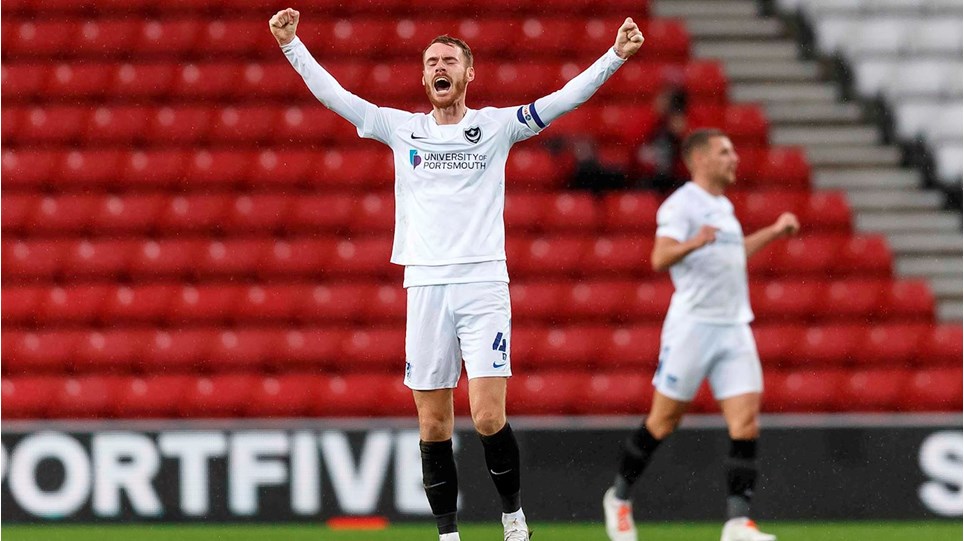 
Pompey moved up to fifth in the League One table following a fine victory at Sunderland.

Marquis: Everyone Stepped Up


Two games on the road and two victories – it has been quite a successful week for Pompey. 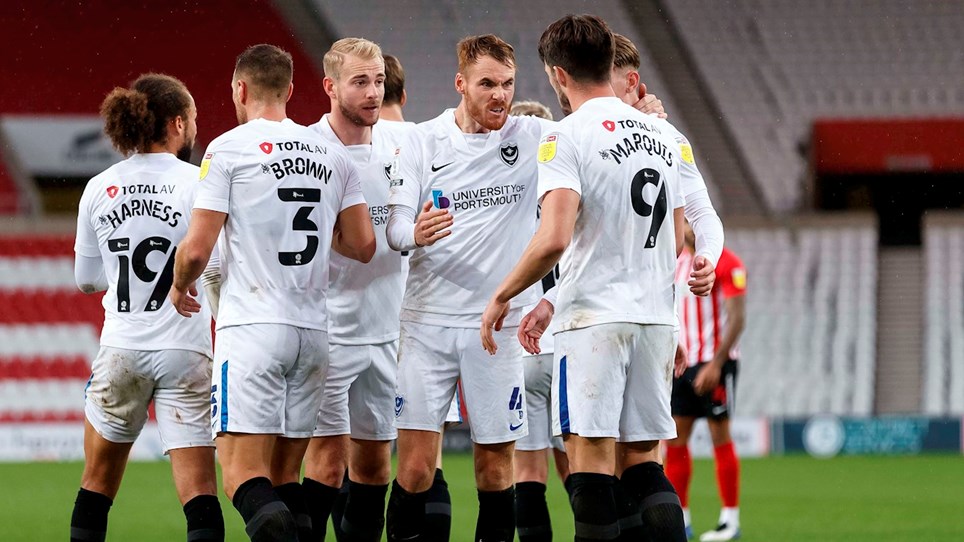 Pompey continued their impressive record on the road by inflicting a first League One defeat of the season on Sunderland.

Marcus Harness’ opener was soon cancelled out by Charlie Wyke, but John Marquis restored the lead midway through the first half.

And it was Marquis who wrapped the points up from the spot on Wearside after Luke O’Nien had been sent off for a foul on Ryan Williams.

Kenny Jackett unsurprisingly stuck with the same side that eased to victory at Gillingham earlier in the week, with new signing Jordy Hiwula named among the substitutes.

And Pompey got off to a blistering start, looking threatening in the opening stages and deservedly breaking the deadlock on seven minutes.

Williams collected Callum Johnson’s throw and his pass was wisely left by Marquis for Michael Jacobs.

The summer signing fed the ball to HARNESS, who neatly slotted home his second goal in as many games at the Stadium of Light.

But the celebrations were soon cut short, as Denver Hume cut the ball back for Wyke to drill in an immediate equaliser.

The visitors were still looking dangerous going forward, though, and twice came close to restoring their lead from free-kicks.

They were both taken by Jacobs, with the first being met by a firm header from Sean Raggett that forced Lee Burge to make a fine save.

And the second was a shot that was thundering towards the roof of the net before the Black Cats keeper tipped it over.

A foul from Williams then led to some pushing and shoving on the sidelines, resulting in a yellow card for the winger.

But the Blues were back in front on 25 minutes after Harness had intercepted a loose Grant Leadbitter pass.

He threaded the ball through to MARQUIS, who calmly angled a shot right into the bottom corner of the net.

Some more dangerous deliveries from Harness and Lee Brown caused problems in the Sunderland area.

A quick break then saw Brown find Harness on the left and he cut inside before bending an effort off target.

Pompey had impressed before the break, but looked nervy at the back once the action restarted following the interval.

They struggled to deal with a couple of balls into the box, while a Hume cross was then glanced wide by Wyke.

And the visitors were dealt a blow when Jacobs was forced off injured 10 minutes into the second half.

He had initially tried to continue after receiving some treatment on the pitch, but eventually trudged off to be replaced by Ronan Curtis.

The Blues had not really threatened to add to their lead, although Williams saw a shot blocked following good work between Brown and Andy Cannon.

And the winger’s quick break up the pitch was then crudely ended by O’Nien, earning the defender a booking.

Harness soon skipped past a couple of challenges and found Brown, but the was a defender immediately on the left-back to deny him a shot.

At the other end, Tom Naylor and Cannon were unable to stop Hume’s mazy run, only for Raggett to prove an unbeatable obstacle.

Some patient build-up play from Pompey then resulted in Marquis converting a pin-point Callum Johnson delivery, only for the striker’s joy to be cut short by an offside flag.

But they were given a chance to wrap up the points when Williams burst into the box and was brought down by O’Nien.

Referee Robert Lewis pointed straight to the spot and showed the perpetrator his second yellow card of the afternoon, followed by a red.

MARQUIS stepped up to take the penalty, coolly sending Burge the wrong way to double his personal tally for the day.

And it almost got even better, with Harness’ effort beaten away by Burge, who then stopped Marquis from forcing home late on.


Pompey completed a fruitful week by securing a comfortable win over Sunderland at the Stadium of Light.


Pompey moved up to fifth in the League One table following a fine victory at Sunderland.

Marquis: Everyone Stepped Up


Two games on the road and two victories – it has been quite a successful week for Pompey. 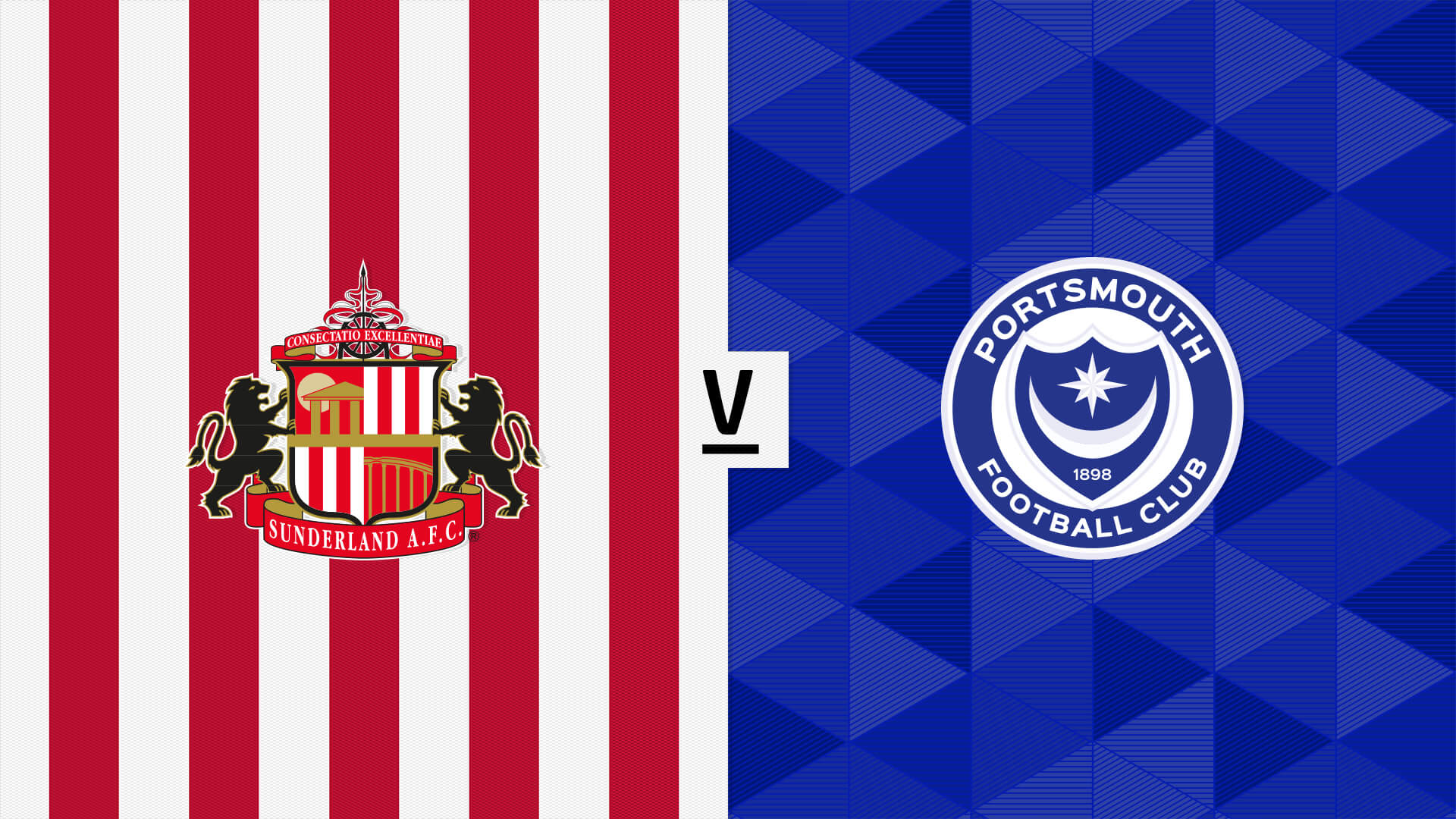 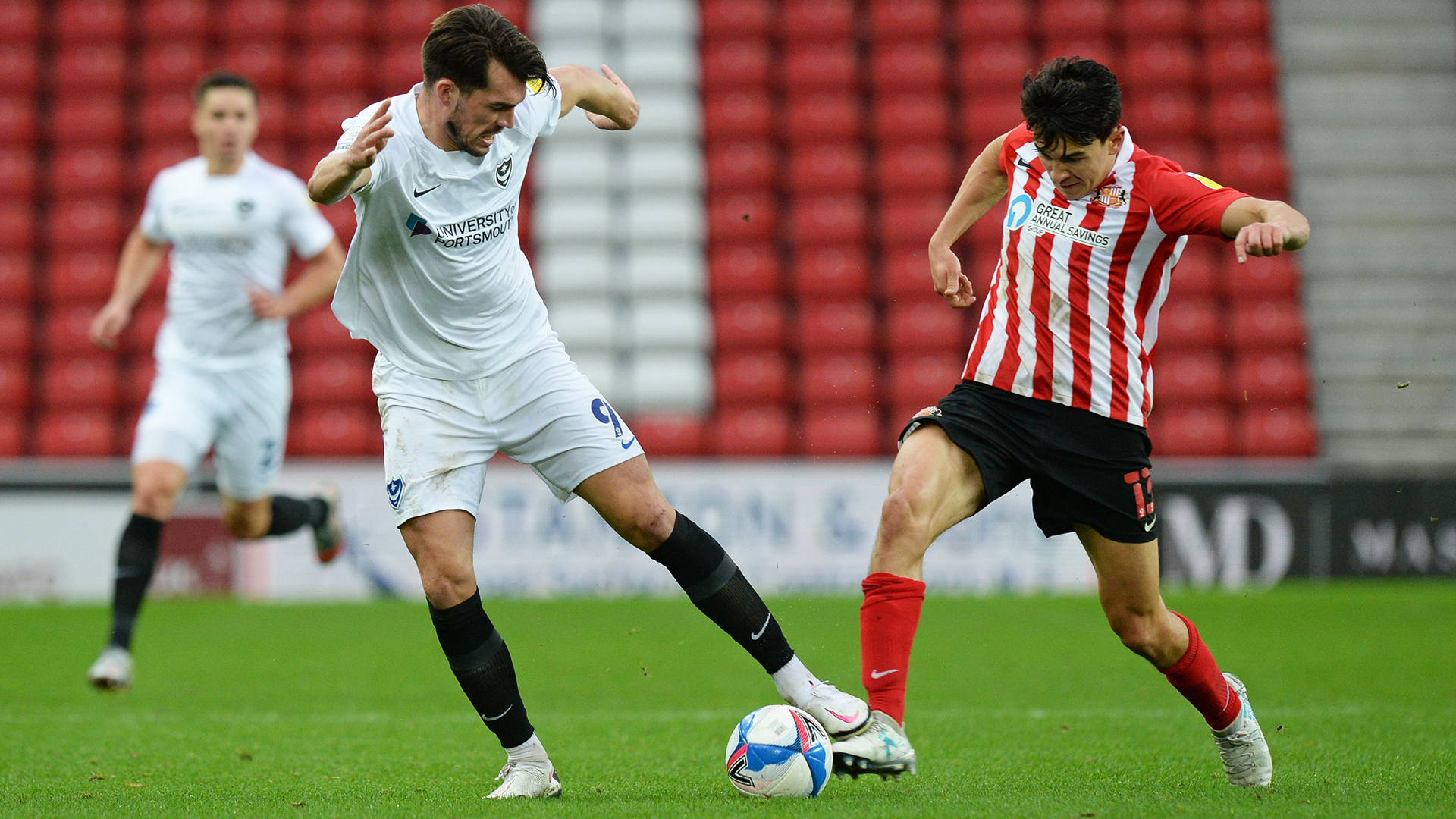