Pompey face Premier League opposition for the second time in 2020 when they visit Brighton this evening in the second round of the Carabao Cup.

Kenny Jackett’s side were beaten 2-0 at home by Arsenal in last season’s FA Cup just before the lockdown.

So now they will be hoping to cause an upset and set up a third round trip to Preston from the Championship next week.

Their opponents began the new top-flight campaign with a 3-1 home defeat by big-spending Chelsea on Monday night.

Leandro Trossard had cancelled out Jorginho’s penalty before goals from Reece James and Kurt Zouma ensured the title hopefuls took all three points back to the capital.

Brighton won 2-1 at Bristol Rovers in this stage of the competition last term, then bowed out against Aston Villa in round three.

Pompey’s only previous trip to the Amex Stadium was for a Championship contest back in March 2012.

A Vicente double ensured the Seagulls came out on top that day, with the Blues ultimately suffering relegation.

Should tonight’s contest end all square after 90 minutes, then the tie will be settled by a penalty shoot-out.

TEAM NEWS
Alex Bass is the only injury absentee for Pompey, with the goalkeeper continuing to struggle with an ankle problem.

Michael Jacobs will not be starting for the visitors, as Jackett is keen to see the new signing build his fitness in training.

Fellow summer arrival Callum Johnson is cup-tied after appearing for Accrington in their first round defeat at Burton.

Because the game has been selected for live television coverage, it cannot be streamed live on iFollow.

Supporters in the UK can watch on Sky Sports Main Event or Sky Sports Football, while overseas fans should check local listings.

BETTING
Brighton are the 4/6 favourites with Sky Bet to secure victory after 90 minutes, while the Blues can be backed at 4/1.

by Neil Weld at the Amex Stadium

Pompey’s Carabao Cup adventure was ended by Premier League side Brighton in a second round contest at the Amex Stadium.

The visitors matched their higher-ranked opponents in the first half and only trailed to Alexis Mac Allister’s header at the break.

It was a different story after it, though, as the Seagulls struck three times in under 20 minutes – through Alireza Jahanbakhsh, Bernardo and Viktor Gyokeres – to ensure comfortable progress.

Sean Raggett almost restored some pride for the Blues late on, but his header was kept out by a stunning Jason Steele save.

Kenny Jackett made three changes from the side that drew with Shrewsbury in the league at the weekend.

James Bolton came in for the cup-tied Callum Johnson, with Cam Pring replacing Lee Brown on the opposite flank.

And the final switch saw Ryan Williams handed a wide role in the attacking midfield trio, as Gareth Evans made way.

Brighton had an early chance to break the deadlock, with Craig MacGillivray making a fine save to deny Gyokeres and Bernardo sending the loose ball wildly off target.

But the Blues were not looking over-awed against their top-flight opponents and created several opportunities of their own in the opening 45 minutes.

The first was a low Ronan Curtis free-kick from the left that was turned inches past his own post by Dan Burn.

Marcus Harness then came close to scrambling a John Marquis header over the line, although an offside flag had been raised against the Pompey striker.

Brighton were almost gifted an opener midway through the first half, courtesy of a poor Raggett back-pass.

Pascal Gross tried to take advantage, but MacGillivray took the sting off his shot and Jack Whatmough headed clear from the line.

It was then the turn of skipper Dale Stephens to go close, with his low drive clipping the outside of the post.

The visitors were looking a threat on the counter, though, and Curtis broke quickly up the pitch from a Seagulls corner, only to see his shot blocked.

But it was Brighton who broke the deadlock on 38 minutes, as Mac Allister charged in unmarked to firmly head home Jahanbakhsh’s cross.

Pompey were still posing a threat at the other end and thought they should have been awarded a spot-kick just before the break.

A strike from Harness might have deflected onto the arm of a prostrate Joel Veltman, although it was certainly not deliberate from the defender.

The Blues had a chance to level following the restart, when Curtis was fouled on the left and was not quite able to sneak the resulting free-kick inside Steele’s near post.

But the Premier League side had a cushion moments later following a quick passing move up the pitch.

The ball eventually found Jahanbakhsh on the edge of the box and he hit a rocket of a shot into the top corner.

And the situation soon got even worse for the visitors, as a cross from Gross was deftly glanced home by Bernardo.

It took a heroic piece of defending from Tom Naylor to deny Brighton a fourth goal, with the skipper – making his 100th appearance – somehow stopping the ball crossing the line and ending up in a heap in the net.

Jackett made a double change just past the hour mark, with Curtis and Marquis replaced by Ellis Harrison and Andy Cannon.

But Brighton continued to dominate and put the result beyond doubt on 71 minutes, as Gyokeres twisted one way and the other before sliding the ball past MacGillivray.

Whatmough was immediately removed and on came Paul Downing, perhaps with one eye on Sunday’s league visit to Rochdale.

It was fellow centre-back Raggett who came close to a consolation, though, meeting Pring’s corner and seeing his header brilliantly repelled by Steele.

And the Seagulls had to play out the final few minutes with just 10 men, as Stephens limped off with all three substitutions having already been made. 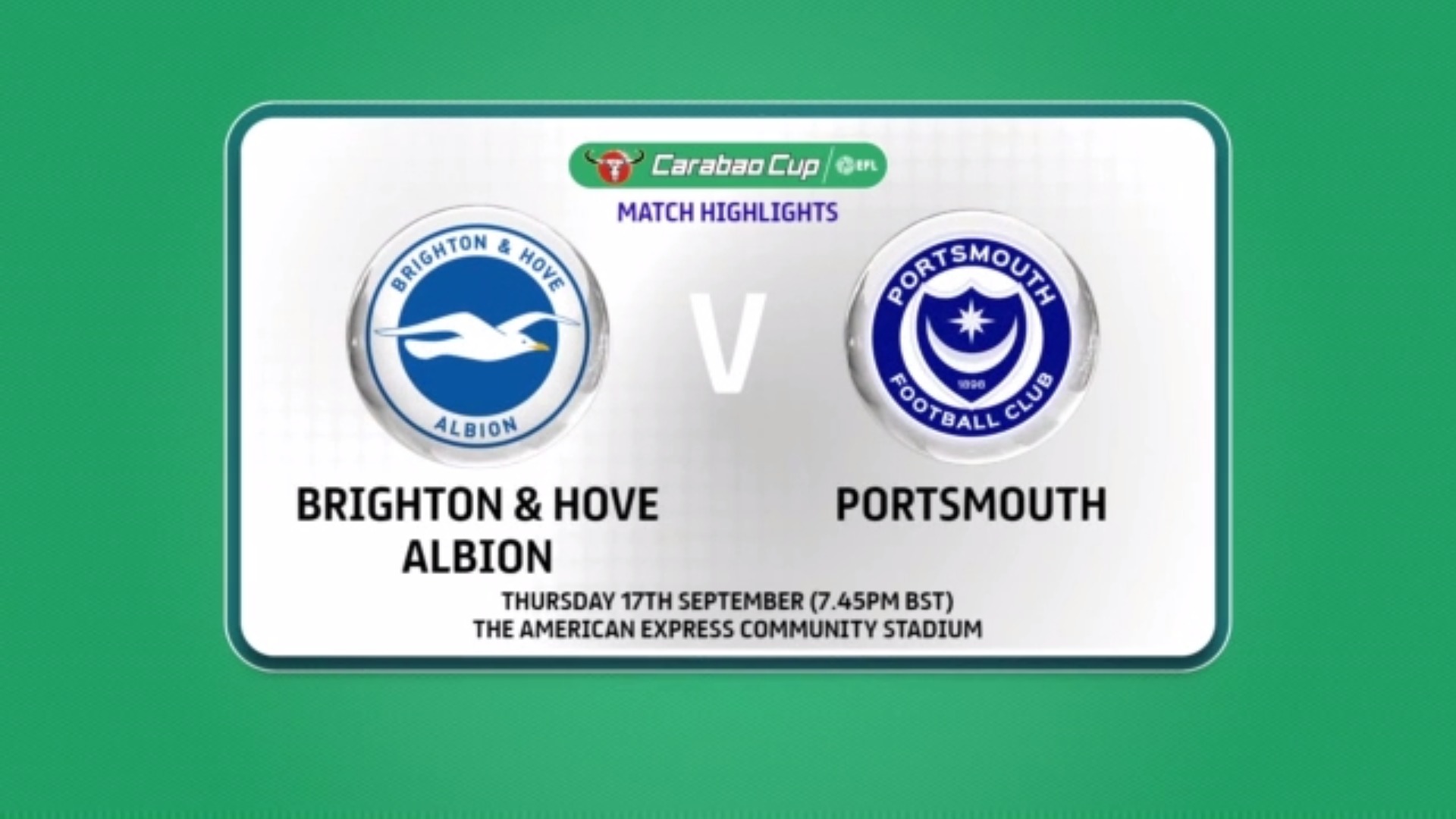 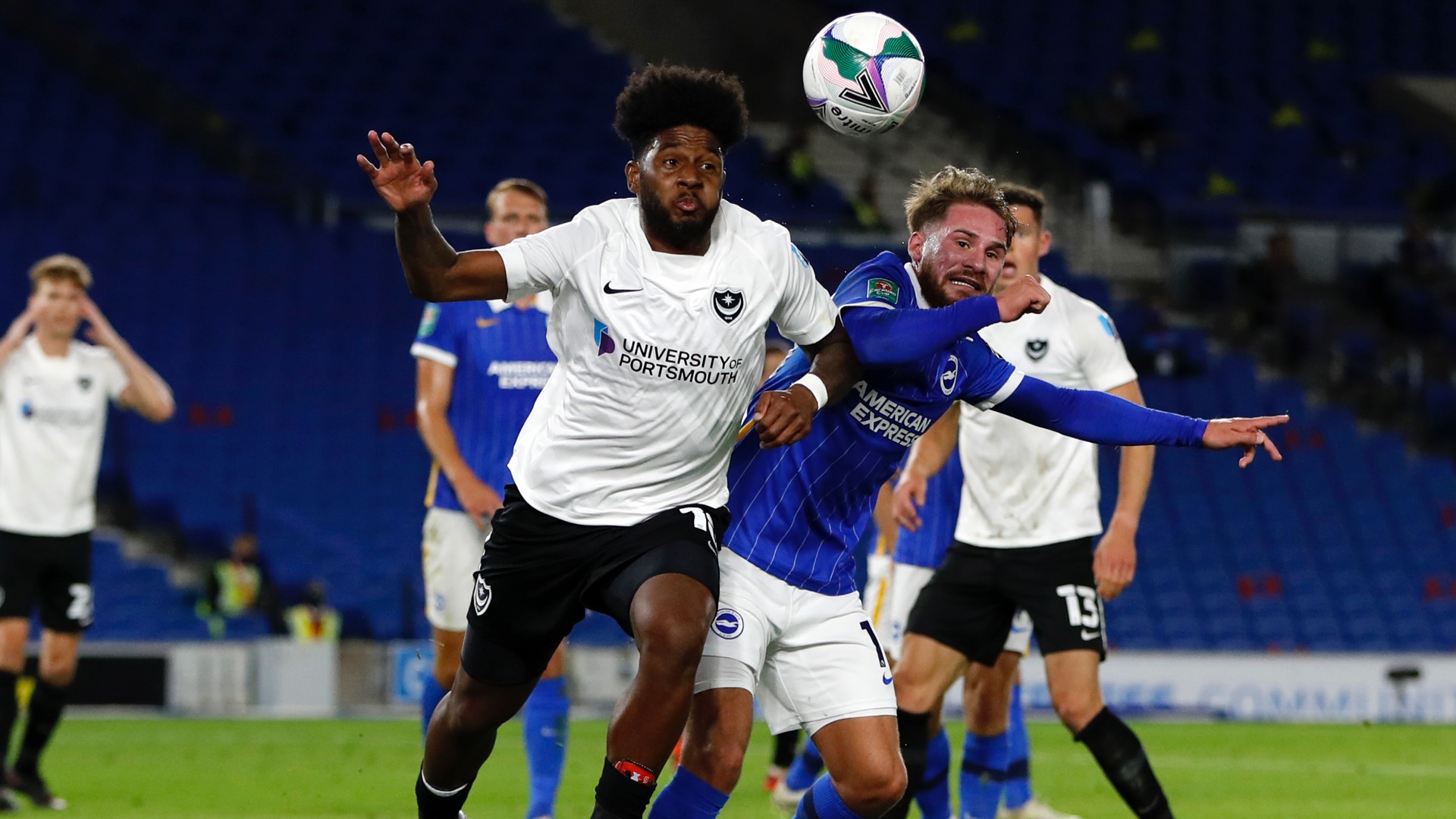 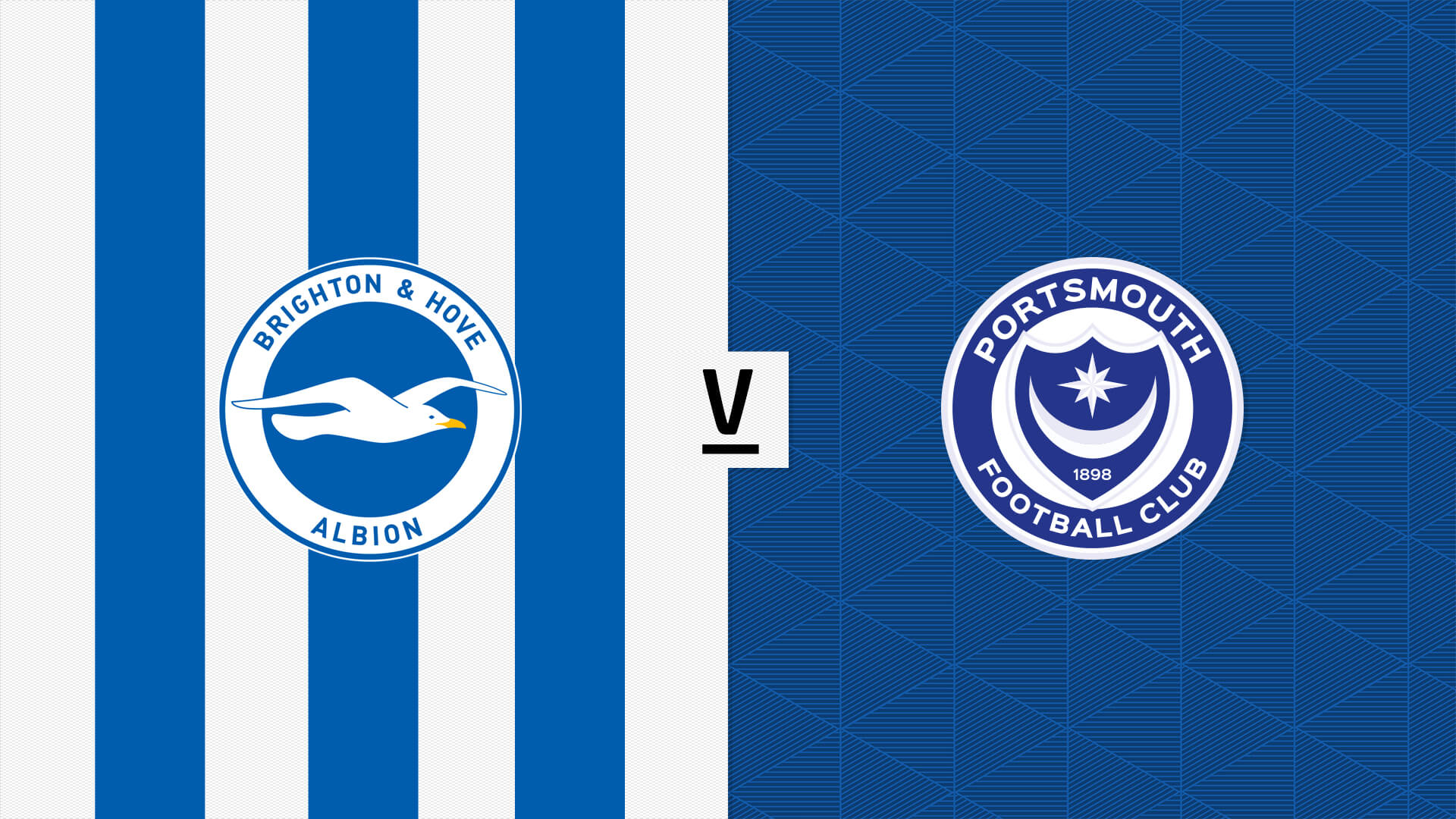