Pompey’s hopes of sneaking into the play-off places came to an end on Monday, with three games of the season remaining.

But they have a fine home record to defend when Gillingham visit Fratton Park on Saturday (3pm kick-off).

There is more on the line for the visitors, who are currently perched precariously just above the League One drop zone.

The Kent outfit are in 20th position and have only a single point more than Fleetwood, who hold both a game in hand and a superior goal difference.

Those two sides played out a goalless draw at Priestfield Stadium on Easter Monday to ensure it remains incredibly tight at the bottom of the table.

The Gills have improved since Neil Harris replaced Steve Evans as manager in January and have lost just one of their past six games – although four of them ended all square.

A deflected Michael Jacobs strike deep into stoppage-time separated the sides earlier in the campaign.

It finished 1-1 in the most recent contest at Fratton Park last February, with Sean Raggett’s opener cancelled out by Vadaine Oliver.

Midfielder Joe Morrell is likely to be available again after missing the Morecambe trip with a dead leg.

Robbie McKenzie and former Fratton loanee Stuart O’Keefe are both doubts for the visitors after going off injured against Fleetwood on Monday, with Mustapha Carayol (hamstring) definitely missing.

Striker Charlie Kelman was sent off in that contest, although Gillingham were considering launching an appeal.

VIEW FROM THE DRESSING ROOM
Read the thoughts of Danny Cowley and Clark Robertson ahead of the game.

MATCHDAY ACTIVITIES
Click here to see what is happening around the ground on Saturday, including the return of former players, a Player of the Season presentation and post-match live music.

BETTING
Pompey are the 4/6 favourites with VBET to secure all three points, while the visitors can be backed at 21/5.


Pompey enjoyed a comfortable win over Gillingham to maintain their fine Fratton form. 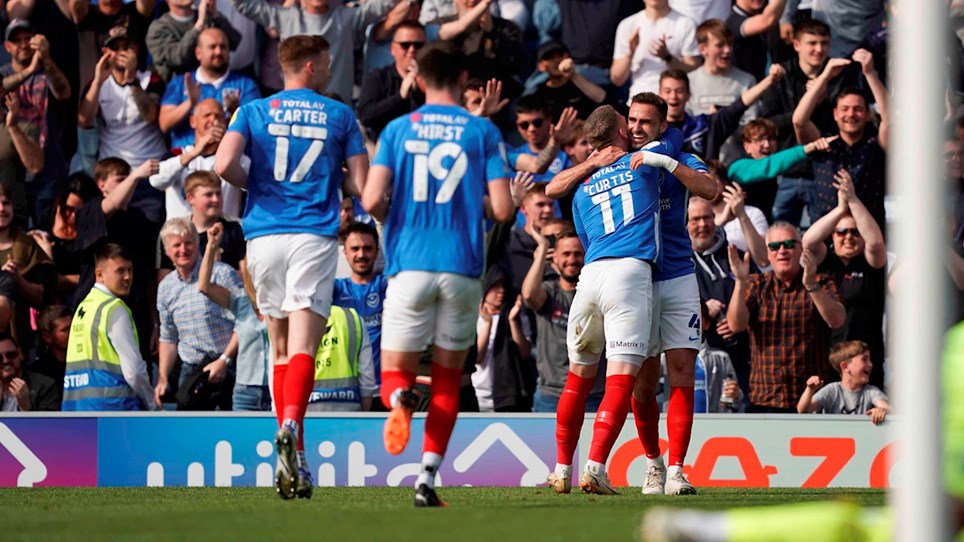 
Pompey produced a dominant home performance to ease past Gillingham at Fratton Park. 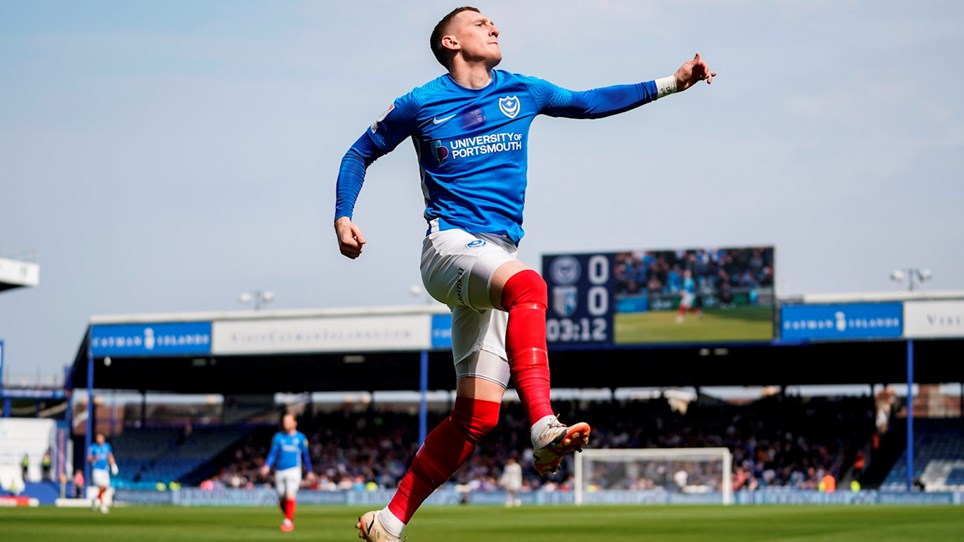 
It was a brace that saw Ronan Curtis take his goal tally for Pompey to the half-century mark.

Pompey continued their fine Fratton form by easing to a comfortable win over relegation-threatened Gillingham.

Ronan Curtis fired them ahead in the early stages and then restored the lead with his 50th goal for the club after Ryan Jackson had levelled for the visitors.

The Blues deserved more for their dominance, though, and Clark Robertson headed home following the interval to wrap things up.

Danny Cowley made two changes from the side that were cruelly denied victory at Morecambe on Monday.

Joe Morrell and Louis Thompson both returned to the engine room, with Ryan Tunncliffe and Shaun Williams dropping to the bench.

Before the game there was the award of The News/Sports Mail Player of the Season trophy, with readers of our local papers selecting Sean Raggett for the honour.

A minute’s applause was then held to remember all members of the Pompey family who have passed away during the course of the campaign.

The first half was a curious affair, with plenty of excitement at the start and finish and not a lot happening in between.

It was in the fourth minute when Marcus Harness burst down the right and played a neat one-two with Hayden Carter.

He then sent a low cross into the box, where CURTIS was waiting to slam the ball home off the underside of the bar.

The hosts continued to dominate both possession and territory, but were unable to make the most of that.

And they were made to pay on the half-hour mark, as Jackson lost Curtis at the back post to angle home from a Ben Reeves delivery.

There were a couple of blocked shots from the Blues, but nothing to suggest they would retake the lead.

That changed in the second minute of stoppage-time, when Jackson was unable to deal with a Raggett cross.

The ball reached CURTIS at the back post and he showed plenty of composure to arrow it into the bottom corner.

Gillingham were furious, seemingly feeling that referee Darren Drysdale should had already blown for the interval.

The protests of boss Neil Harris saw him sent to the stands, while another member of the coaching team was booked.

The second half took some time to get going, but the Fratton faithful soon had another goal to celebrate.

Jacobs sent a corner into the box and ROBERTSON rose above David Tutonda to plant a bullet header into the net.

They might have gone further ahead a few minutes later, with Michael Jacobs only able to find the side netting from an acute angle.

And Curtis tried to complete a hat-trick, but fired into Aaron Chapman’s midriff after collecting a Carter cross.

Pompey were coasting and passing the ball around nicely, prepared to stay patient in search of an opening.

Cowley gave Jay Mingi an opportunity to gain some minutes on the pitch, with Louis Thompson the man to make way.

And former Gills defender Connor Ogilvie then limped off with an injury to be replaced by Mahlon Romeo.

Aiden O’Brien also came off the bench in the closing stages and had a stoppage-time shot turned around the post by Chapman.

But the game had been drifting towards a conclusion before then and Pompey saw out the final moments to secure a deserved win.


Pompey enjoyed a comfortable win over Gillingham to maintain their fine Fratton form.


Pompey produced a dominant home performance to ease past Gillingham at Fratton Park.


It was a brace that saw Ronan Curtis take his goal tally for Pompey to the half-century mark. 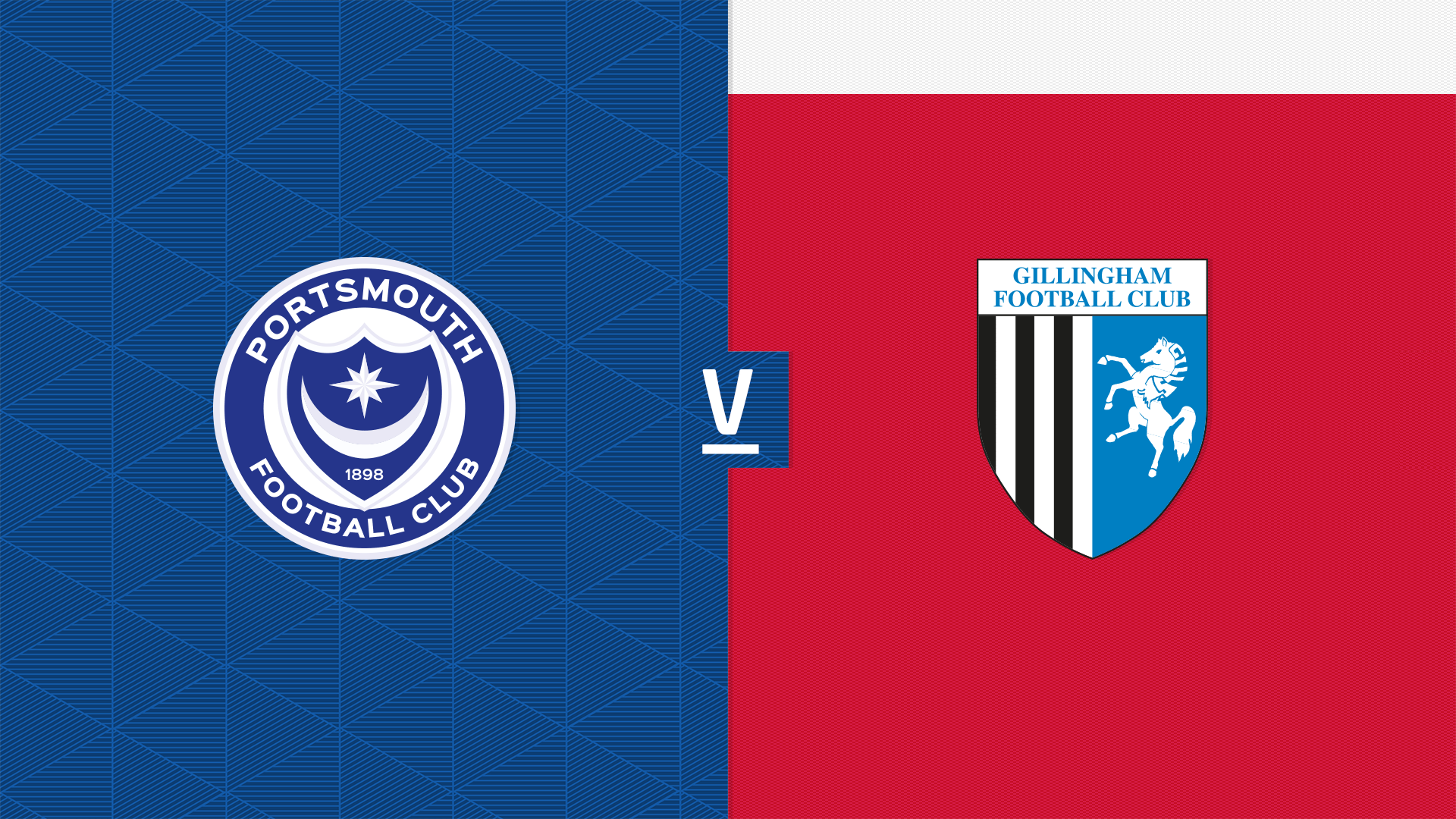 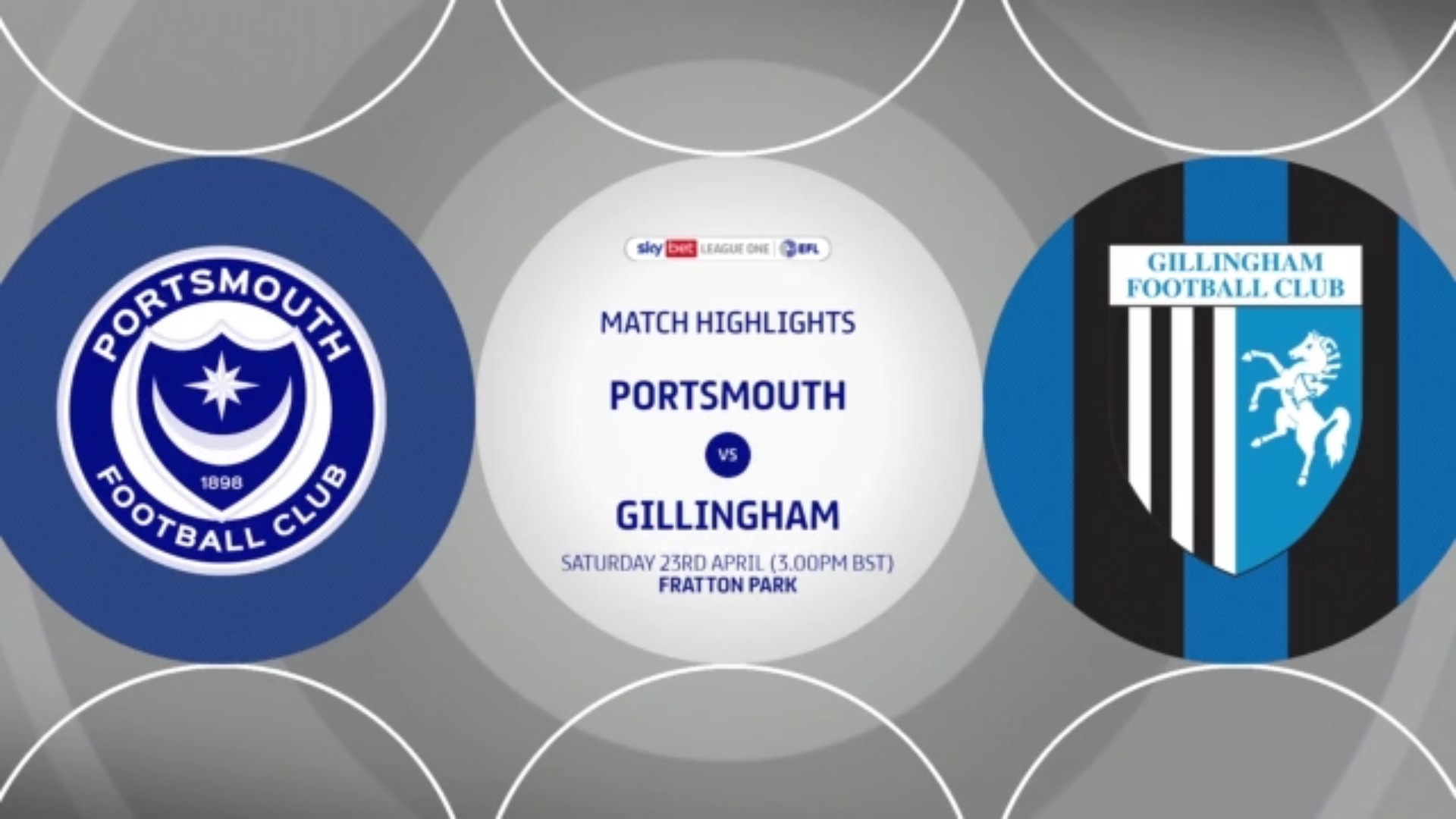 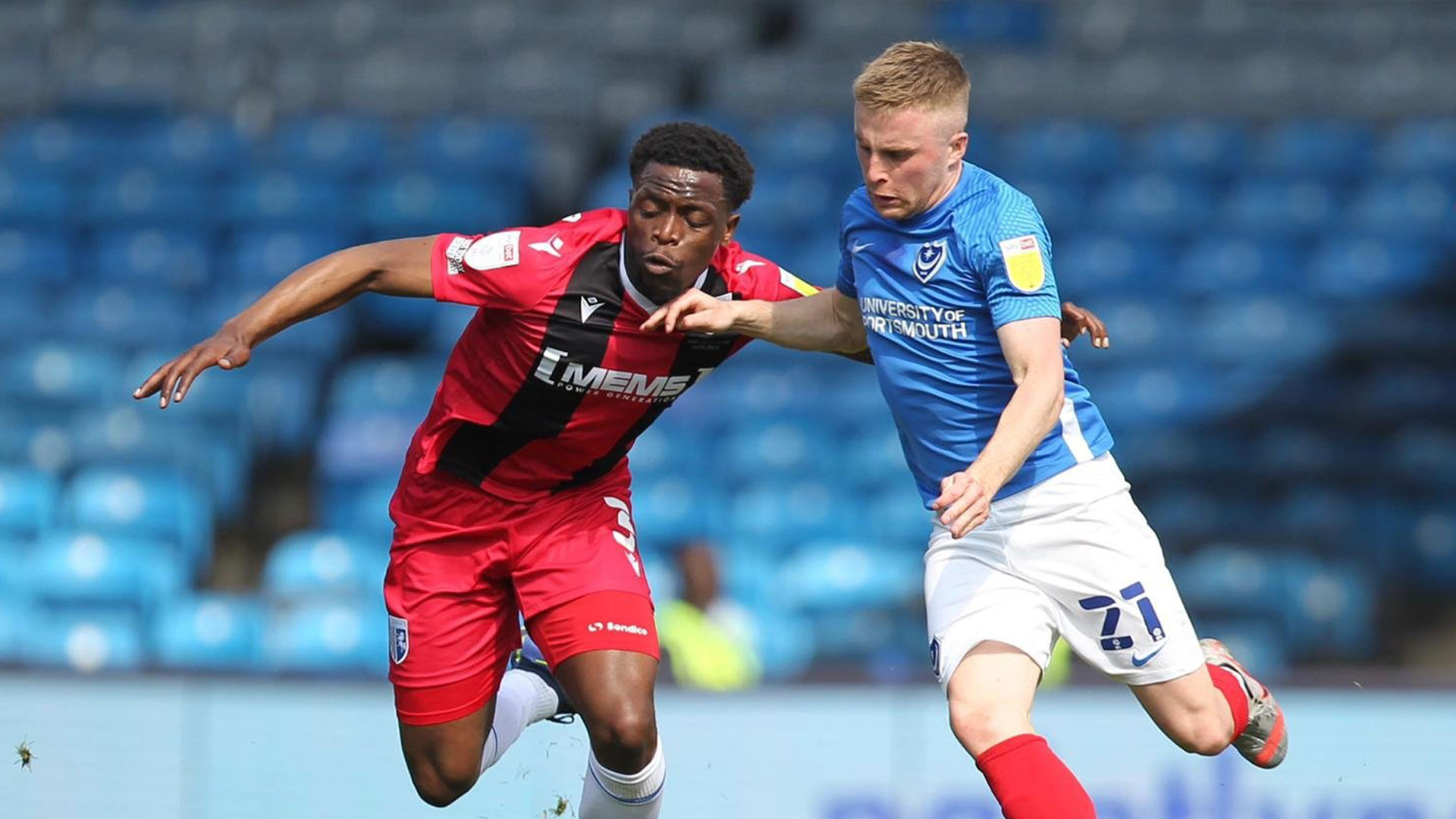