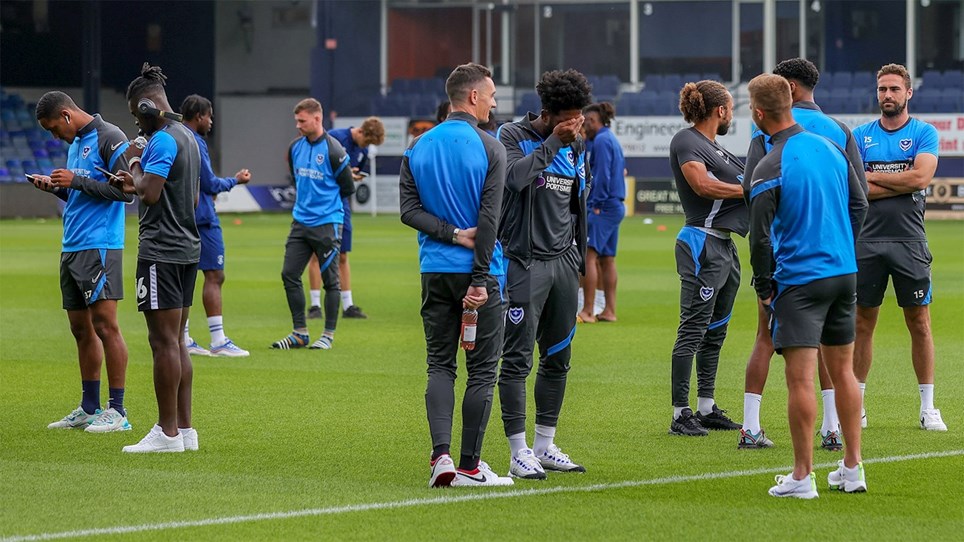 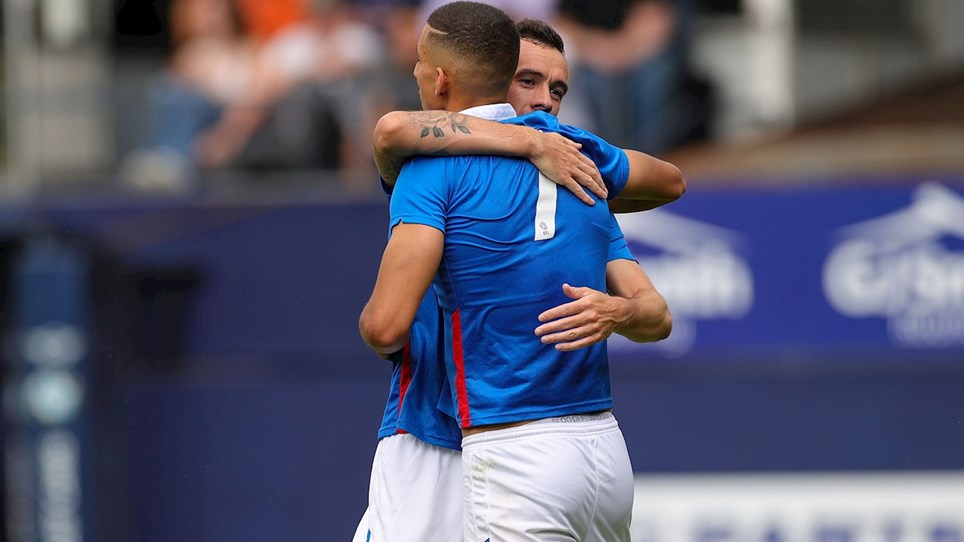 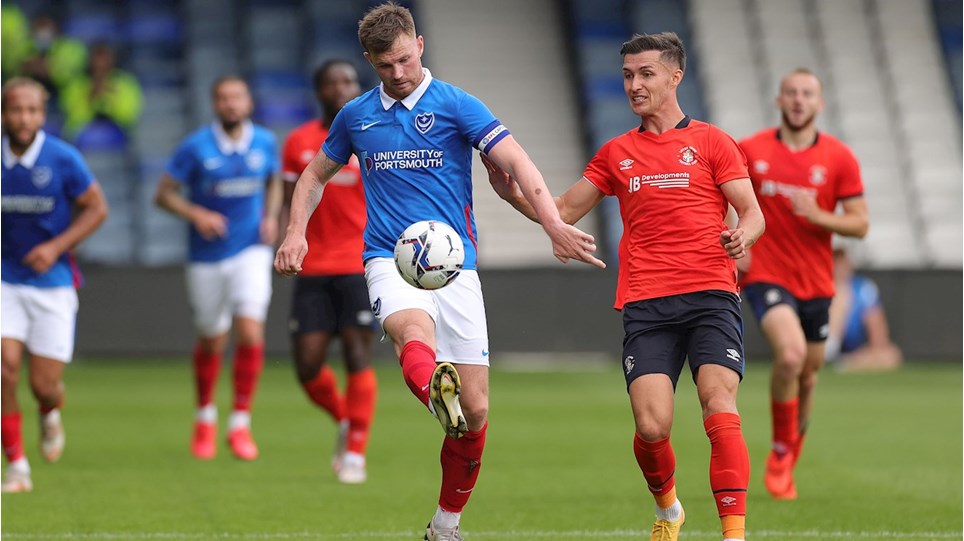 Pompey fought from behind to draw away to Championship opposition for the second time in a week.

In front of a healthy crowd at Luton, they soon found themselves trailing to an early finish from tricky striker Elijah Adebayo.

But Gassan Ahadme immediately drew them level – taking the forward’s tally for pre-season to an impressive eight strikes.

Former Hatters midfielder Ryan Tunnicliffe was handed the captain’s armband on his return to Kenilworth Road.

Meanwhile, the hosts included ex-Fratton defenders Sonny Bradley and Dan Potts in their line-up, while Kal Naismith was on the bench.

There was a rousing reception for Luton assistant Mick Harford ahead of the game, with the club legend having recently announced he is battling prostate cancer.

It was his side that were quicker to emerge from the blocks and when Alex Bass missed a ball into the box, a shot from Potts was blocked by the well-placed Sean Raggett.

And they took the lead on 10 minutes, as Adebayo collected Fred Onyedinma’s pass and neatly bent the ball home.

The leveller came almost immediately, however, as AHADME raced clear and slotted past Simon Sluga to continue his impressive friendly form.

There were not too many other clear-cut openings before the interval, although the better of the half-chances fell to Luton.

An angled Onyedinma effort deflected off Kieron Freeman and into the arms of Bass, while Adebayo was also denied.

And when Onyedinma tried to find Harry Cornick in the area, the keeper improvised and used his chest to get the ball to safety.

Meanwhile, Ronan Curtis and Ahadme had attempts blocked in quick succession towards the end of the first half.

Bass was called into action soon after the restart, getting down to his left to keep out Adebayo’s header.

But Pompey threatened when possession was overturned on the edge of the box and the ball worked out to Ahadme.

The on-loan Norwich forward then sent it into the mixer, where the onrushing John Marquis could not quite make contact.

Bass was still the busiest of the two keepers, however, and parried clear Cornick’s effort following a quick break down the right.

Not that it was one-way traffic and a teasing Curtis cross missed two Luton defenders, but also Marquis at the back post.

The usual slew of substitutions slowed down proceedings and ensured the contest limped along for a bit.

But James Bree woke everyone up with a low shot that flashed past Bass’ grasp and inches past the post.

And Potts went even closer to finding a winner for the Hatters when he sent a firm header crashing against the crossbar.

Jayden Reid had replaced Curtis for the final few moments, but picked up a knock, so the Republic of Ireland international had to come back off the bench.

And the closing stages passed by without too much incident to ensure Pompey headed home on the back of a respectable result.

Tickets are now available to buy for Saturday’s pre-season friendly with Luton.

The Kenilworth Road contest kicks-off at 3pm and Pompey have received an initial allocation of 500 unreserved seats in the Oak Road Stand.

They can be bought online here and supporters will be sent an eticket from Luton within 24 hours of purchase, which can either be printed at home or scanned with a smartphone.

Fans without an email address will have their tickets available for collection from the away ticket office on the day of the game.

Disabled supporters will pay one category lower than their age concession rate, with a carer admitted free of charge if required.

Wheelchair users will need to contact Luton directly on 01582 416976 or by emailing ticketoffice@lutontown.co.uk