Pompey have already spent plenty of time on the road this season and that continues with a midweek clash at Burton tonight (7.45pm kick-off).

Danny Cowley’s side have produced much improved displays in their past couple of games and yet only collected two points.

It has been a similar story for the Blues and Brewers this term, with both winning their opening three League One contests, but not tasting victory since.

And the hosts go into this evening’s fixture on the back of successive defeats to Crewe and Lincoln – the latter on home soil.

Pompey in 10th position are five places higher than Albion, although it is only goal difference that separates them.

They form part of a bunch of eight clubs packed together on 12 points, with success for either possibly taking them into the play-off places.

The Blues have never beaten Burton at Fratton Park, but it is a different story at the Pirelli Stadium, where they have won on three of their previous four visits.

One of the most memorable came towards the start of last season, where Marcus Harness netted a hat-trick against his former side in a 4-2 triumph.

Michael Mancienne (hamstring) and Louis Moult (ankle) are both missing for the home side, but Charlie Lakin is available again after serving a one-match ban.

VIEW FROM THE DRESSING ROOM
Read the thoughts of Danny Cowley and Kieron Freeman or watch the video below.

BETTING
Burton are the 31/20 favourites with VBET to secure all three points, while Pompey can be backed at 2/1. 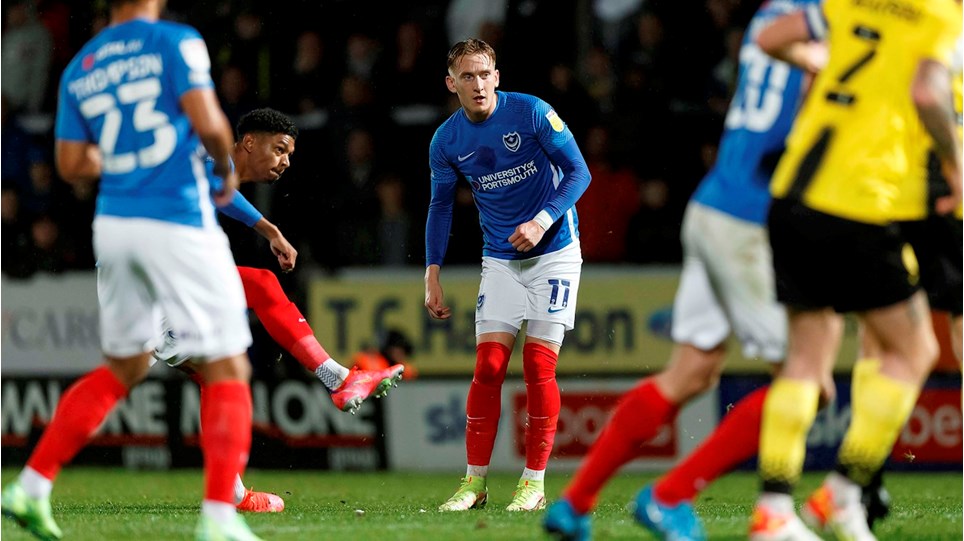 
Pompey were well below their best as they suffered defeat to Burton at the Pirelli Stadium. 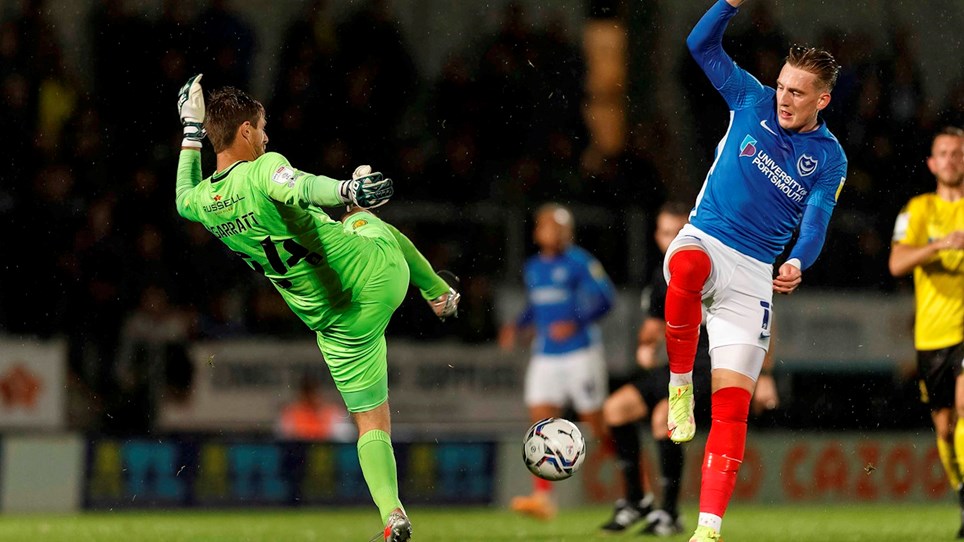 
A Reeco Hackett-Fairchild free-kick was not enough to stop Pompey from slumping to defeat at Burton. Cowley: We Have To Accept Criticism


Pompey arguably deserved more from their recent League One draws with Plymouth and Charlton.

by Neil Weld at Pirelli Stadium

Pompey’s wait for a win continued as they slipped to a League One defeat against Burton at a soggy Pirelli Stadium.

The hosts twice stole possession from the Blues to score, with Tom O’Connor’s first half strike added to by Daniel Jebbison.

Reeco Hackett-Fairchild came off the bench to reduce the deficit with a fine free-kick, but there was to be no equaliser.

Danny Cowley stuck with the same side that were unfortunate to pick up just a point at Charlton on Saturday.

There was one switch among the substitutes, however, as Arsenal loanee Miguel Azeez made way for Michael Jacobs.

It was the home side that made the brighter start and when a free-kick was only partially cleared, Michael Bostwick’s shot had to be turned around the post by Gavin Bazunu.

Jonny Smith then angled an attempt wide of the post before Jebbison saw efforts blocked by Kieron Freeman and Sean Raggett in quick succession.

But then it was Pompey’s turn to take control and when John Marquis rose to meet Mahlon Romeo’s cross, his header was saved by Ben Garratt.

Romeo then had a chance of his own after cutting inside from the right and hitting a fierce left-footed strike narrowly off target.

And a hooked Joe Morrell clearance up the pitch soon led to a race between Garratt and Ronan Curtis.

It was the keeper that just about got their first and although he made a mess of dealing with the danger, the ball would not fall kindly for the Pompey forward to capitalise.

Both sides were looking capable of breaking the deadlock as the first half progressed and the rain kept falling.

But it was the Brewers that did score on 32 minutes after stealing possession, with Lucas Akins squaring for O’Connor to fire home from the edge of the box.

And although it was Pompey who were on top as the interval approached, they could not find that crucial final ball to trouble their hosts.

The contest did not spark immediately into life after the restart and the Blues were still struggling in the final third.

There was a chance when Lee Brown’s cross was flicked on by Curtis, but Romeo could not keep his hooked shot down.

Burton were not just sitting on their lead, though, and it took some last-gasp defending from first Freeman and then Raggett to deny them.

And it then required a superb diving save from Bazunu to keep out a swerving long-range strike from Charlie Lakin.

But the hosts did double their lead on the hour mark, as Pompey got caught in possession again and Jebbison took advantage by curling home.

Cowley immediately responded with a triple change, as Marquis, Freeman and Ryan Tunnicliffe made way for Ellis Harrison, Louis Thompson and Hackett-Fairchild.

It was the latter who got the Blues back into the contest, with HACKETT-FAIRCHILD's fine free-kick flying into the net following a foul on Morrell.

That gave the large travelling army of fans reason to cheer – although they had barely stopped since the first whistle.

Burton kept looking to attack themselves and Lakin missed a great chance when the ball found him unmarked at the back post, only for the midfielder to swipe at thin air.

Bazunu then came to the rescue, using his legs to make a save when a ricochet sent Akins through on goal.

Pompey immediately launched a quick break up the pitch and Harrison took a tumble to the turf, but referee Tom Nield waved away his appeals.

And when the ball fell for Thompson on the edge of the box soon after, the substitute’s shot was deflected inches off target.

The game threatened to boil over in the closing stages, with a series of yellow cards being brandished by the rather fussy Nield.

A display of six additional minutes then provided some hope, but efforts from Thompson and Harness were blocked and time ran out for the Blues.


Pompey were well below their best as they suffered defeat to Burton at the Pirelli Stadium.


A Reeco Hackett-Fairchild free-kick was not enough to stop Pompey from slumping to defeat at Burton.

Cowley: We Have To Accept Criticism


Pompey arguably deserved more from their recent League One draws with Plymouth and Charlton. 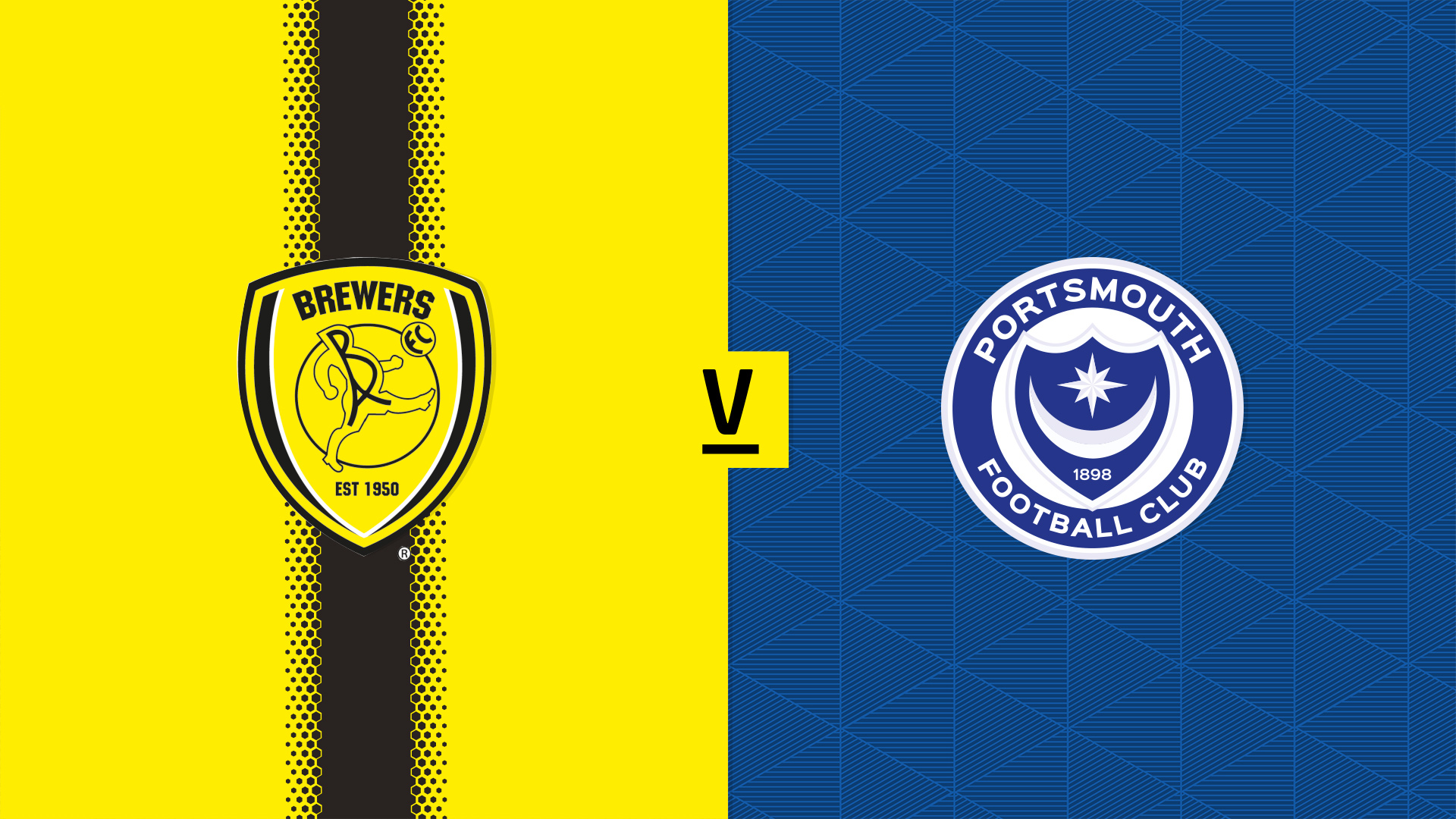 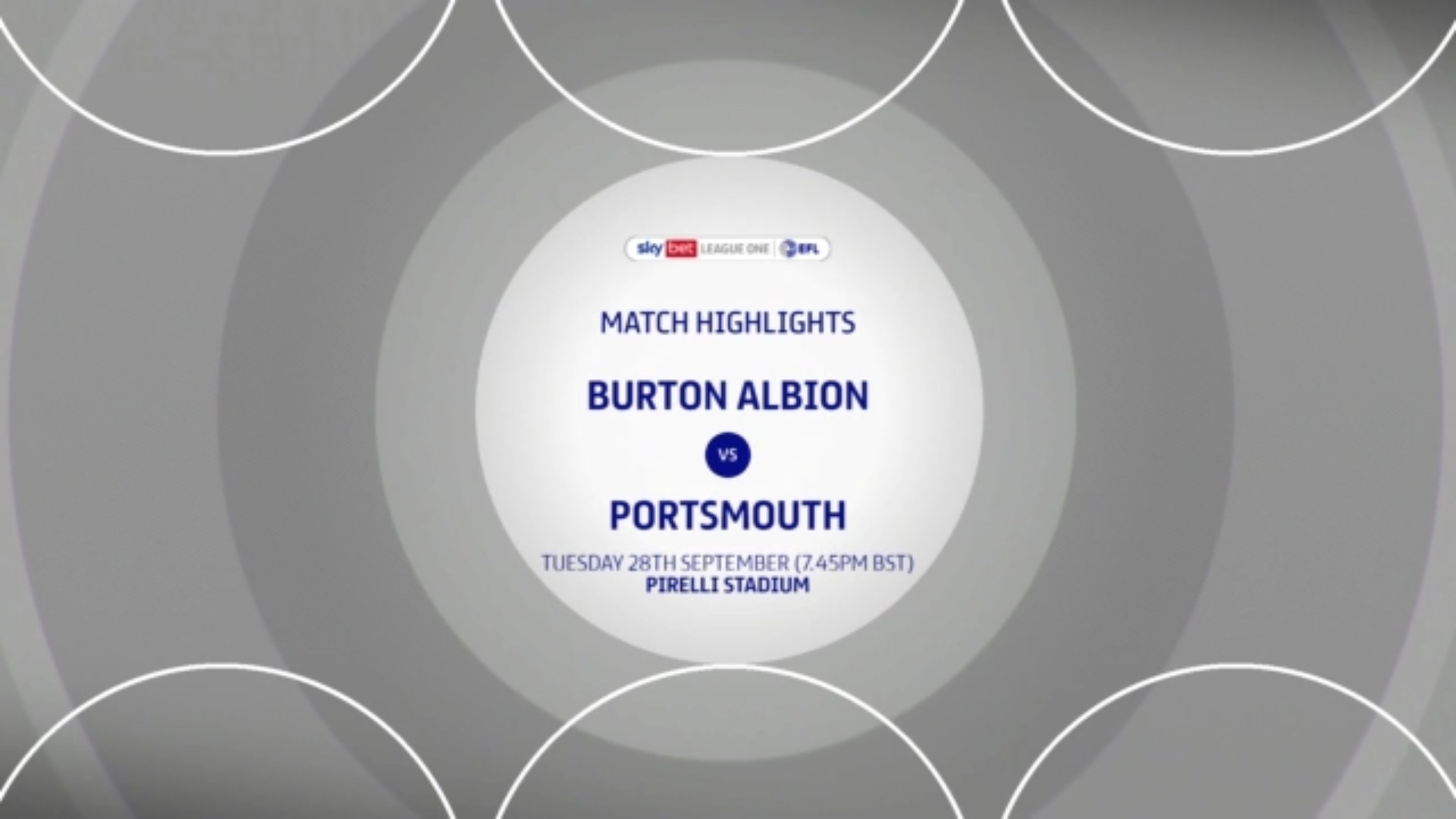 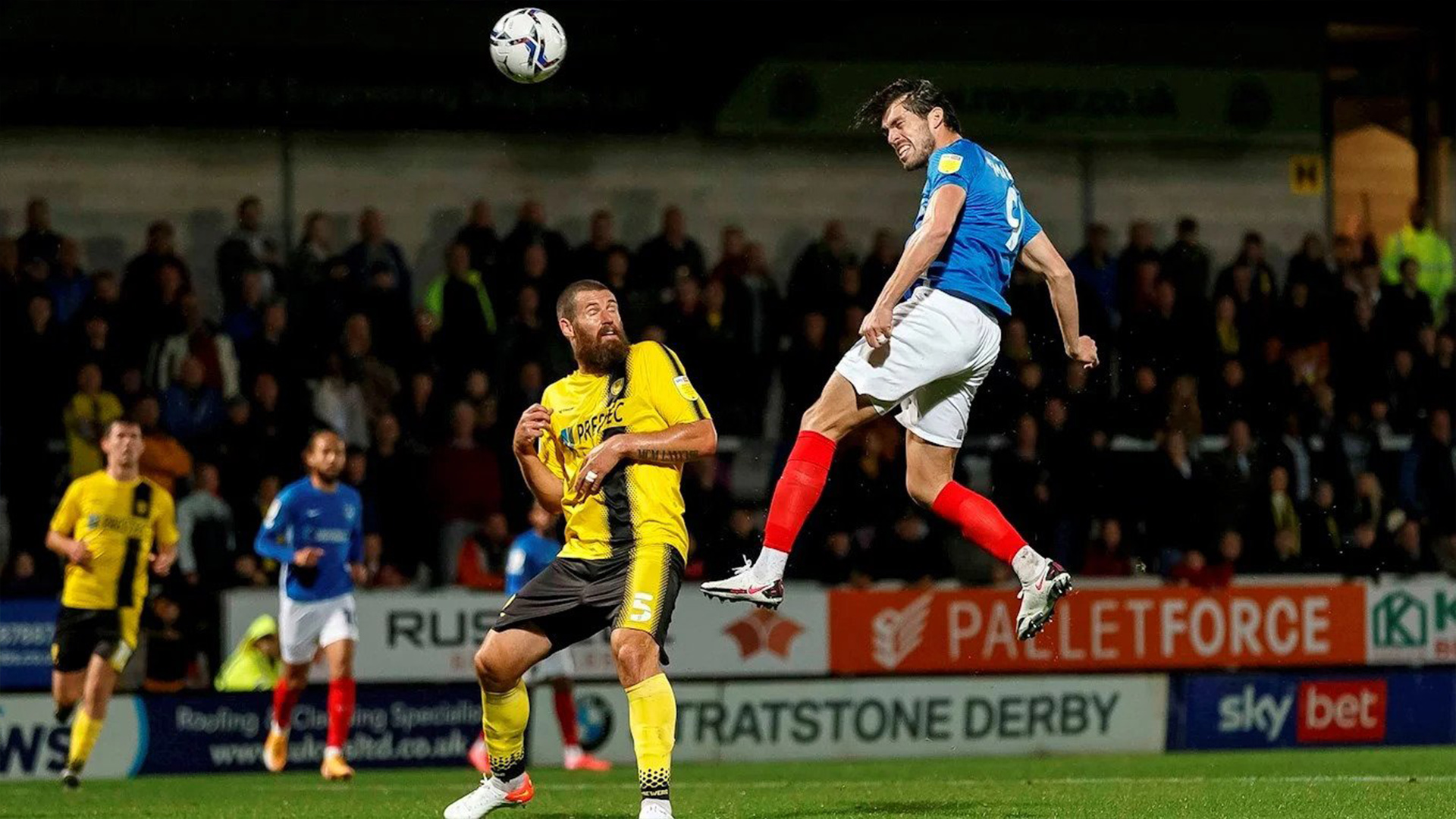