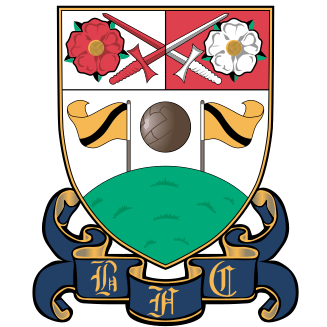 by Neil Weld at The Hive

Pompey closed their pre-season schedule by striking in the final seconds to win 3-2 at Barnet.

It was a mixture of youth and experience selected by Danny Cowley against their National League opponents at The Hive.

And although they fell behind to an early goal from former Blues striker Nicke Kabamba, there was an equaliser from Harry Jewitt-White before Zak Swanson turned the contest on its head.

It looked like the spoils would be shared when Ryan De Havilland struck for the Bees late on, but there was still time for Dan Gifford to find a winner.

Michael Morrison was thrown straight into the side after his move to Pompey was confirmed earlier in the day, while Colby Bishop was also given more minutes up front.

And after hurting his back during the friendly in Spain earlier in pre-season, there was a welcome return to the back-line for Sean Raggett.

The hosts made a lively start, but Ephron Mason-Clark was unable to find the target from a tight angle after doing well to get into the box.

And it was a familiar face who condemned them to falling behind on 12 minutes, with Kabamba getting on the end of De Havilland’s cross.

The striker almost doubled Barnet’s lead, but could not quite stretch enough to connect with a low Jerome Okimo delivery.

Instead it was the Blues who were next to score midway through the first half, with the hosts unable to deal with Alfie Bridgman’s centre, leaving JEWITT-WHITE with a simple finish.

That provided an injection of confidence and Liam Vincent sent a shot dipping narrowly over after twisting his way past a defender.

Bridgman then did well to deal with his shirt being tugged on the edge of the box and dragged his effort just past the post.

Raggett and Morrison were withdrawn at the break, with Haji Mnoga and Kieron Freeman given a run-out.

And the Blues started the second half on the front foot, sending a series of crosses into the opposition box.

The pressure told on 55 minutes, with the ball landing for SWANSON in the box and the right-back sliding it underneath James Callan.

Barnet caused problems of their own courtesy of a series corners, but the visitors were remaining resolute.

Both managers, meanwhile, voiced their displeasure at some extremely lenient decisions from the referee.

Gifford had a chance to wrap things up after racing onto a threaded Vincent pass, only to send his effort wide.

Youngsters Maxwell Hurst and Toby Steward were both given an opportunity to impress in the closing stages.

But the final moments seemed to be passing by without too much incident – only for both sides to have a late say.

De Havilland looked to have secured a draw for the Bees when he snuck a shot right into the bottom corner.

With just seconds of the contest remaining, however, GIFFORD drilled the ball home to ensure Pompey could take a win into Saturday’s League One opener at Sheffield Wednesday.