Pompey fan Lewis O’Donnell recently represented the club at The Valley – home of Charlton – to celebrate the return of free-to-air highlights show EFL on Quest at an exclusive season launch.

Joining supporters from each of the 62 EFL clubs, he joined EFL on Quest host Colin Murray, pundit Ian Holloway, and ambassadors Chris Powell and Karen Carney to chat about the forthcoming campaign.

Lewis took the opportunity to get up close with the third tier trophy before it gets locked away until the end of the season – when he hopes that Pompey will be hoisting it aloft!

A lifelong Blues fan, his favourite memory is the dramatic League Two title triumph and he hopes there will be more silverware this term, but would settle for automatic promotion.

EFL on Quest host Colin Murray said: “Football is as much about the fans as it is about what happens out on the pitch and EFL on Quest is different, I believe, because we acknowledge the fact that every club tells a different story. 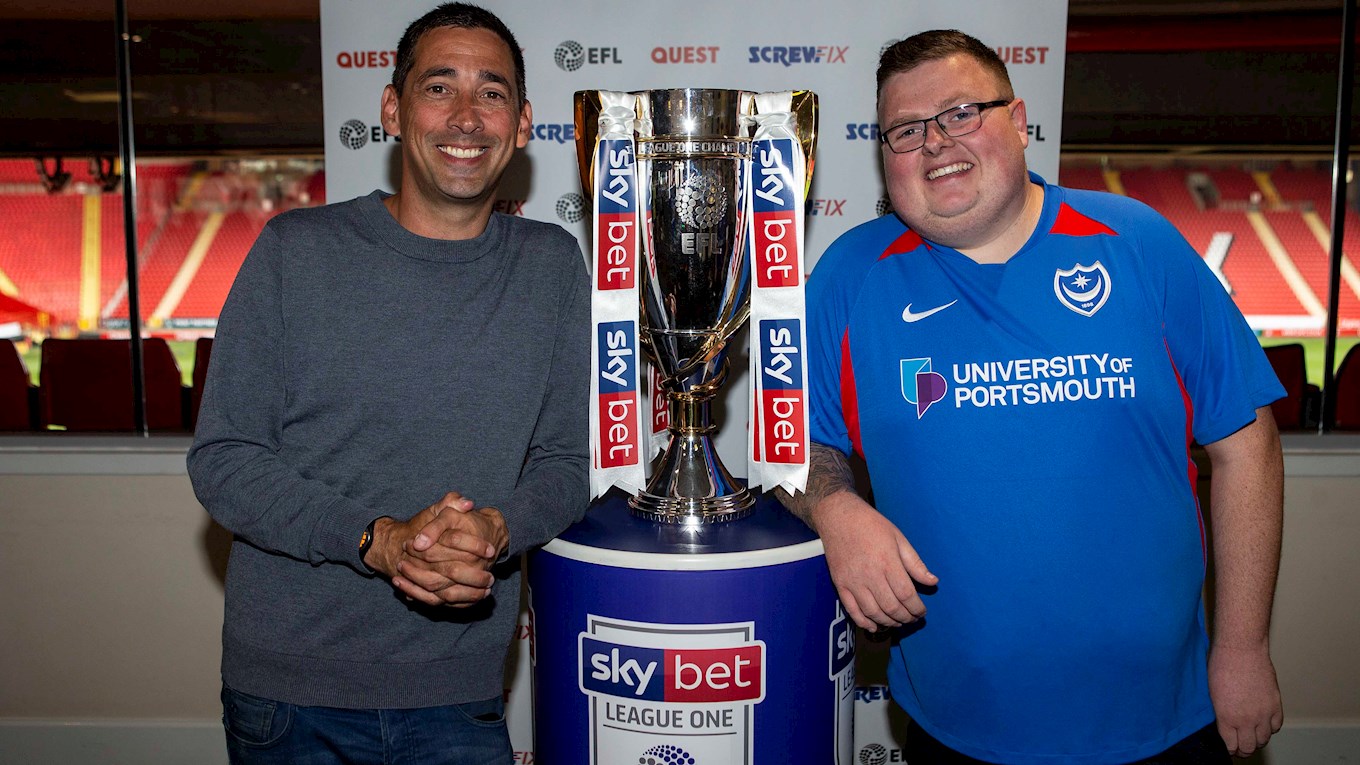 “It’s a straightforward programme about football and fans – and it’s two hours long now which is a real step forward.”

EFL on Quest will be available to watch at 9pm each Saturday throughout the season, starting this Saturday, and midweek on matchdays on Freeview channel 12, Freesat channel 167, Sky channel 144 and Virgin channel 217.

Fans can catch up on the show via QuestOD.co.uk. Screwfix is on board as the lead sponsor this year, helping bring you quality free-to-air highlights all season long. Click here for more information.