Pompey’s amputee Football team will head to England’s training base this weekend to contest the FA Disability Cup final.

It was their first cup triumph since Pompey in the Community (PitC) formed the team back in 2015.

Now they are looking to go from strength to strength and with the chance of claiming more silverware, the side can’t wait for the contest.

PitC disability coordinator Phil Moody said: “We’re ahead of success and we weren’t expecting it this quickly. It’s been a real growing success.

"We’re getting players down at training sessions every week now, working harder and harder, and they’re all looking forward to going down to St George’s Park. It’s not something we all get to do, so to play there on the weekend will be really good."

Striker TJ Yates, who has been a part of the team since its formation, added: "All of us were brand new to the sport, so it took us a year to bed in and then it went from strength to strength, winning the cup final. For me, it’s something amazing to go to the home of England football and experience it all first hand."

“All of us were brand new to the sport, so it took us a year to bed in and then it went from strength to strength, winning the cup final."

The season doesn’t end there, with the National League play-off day still to come on Saturday, June 29.

Pompey will take on Manchester City in the semi-final, with this Sunday’s opponents Everton facing Peterborough in the other match.

With a chance of a potential double up for grabs, Pompey and England’s young striker Matt Dean knows the team can compete on the day.

He said: "We’ve lost our last two games, so we want to bounce back strong and hopefully we’ll get through the first round. The speed of the league is similar to what you get internationally and you’ll play with a lot of good international players.

"It’s good to learn from them especially when you’re young like me. You get to play alongside lots of good, experienced players and pick up things from them.

"We’re certainly good enough to compete with the best teams in England, so if we can go on and win the play-offs, that would be a real achievement."

The 13-player strong team train once a week at the Mountbatten Centre and have been funded by solicitors Irwin Mitchell since being formed four years ago.

Team ready to start the fundraising walk to Irwin Mitchell offices in Southampton from Fratton Park. If you wish to donate then please click on https://t.co/e225ev0ReB@irwinmitchell @officialpompey @amputeefootball @PompeyAmpFooty pic.twitter.com/eBbrmLOcN0

On the partnership between the two, Guy Darlaston – regional managing partner of Irwin Mitchell – said: "We are honoured to support the Portsmouth Amputee team.

"It is a fantastic community project to be involved with. Irwin Mitchell is very proud of what the team have achieved to date."

Moody added: "Over the past couple of years, Irwin Mitchell have sponsored the team and literally funded the project for a whole season. They’re not just a shirt sponsor – they’ve helped fund the training facilities and transport to matches.

To find out more information about the Amputee Team, email phil.moody@pompeyitc.org.uk 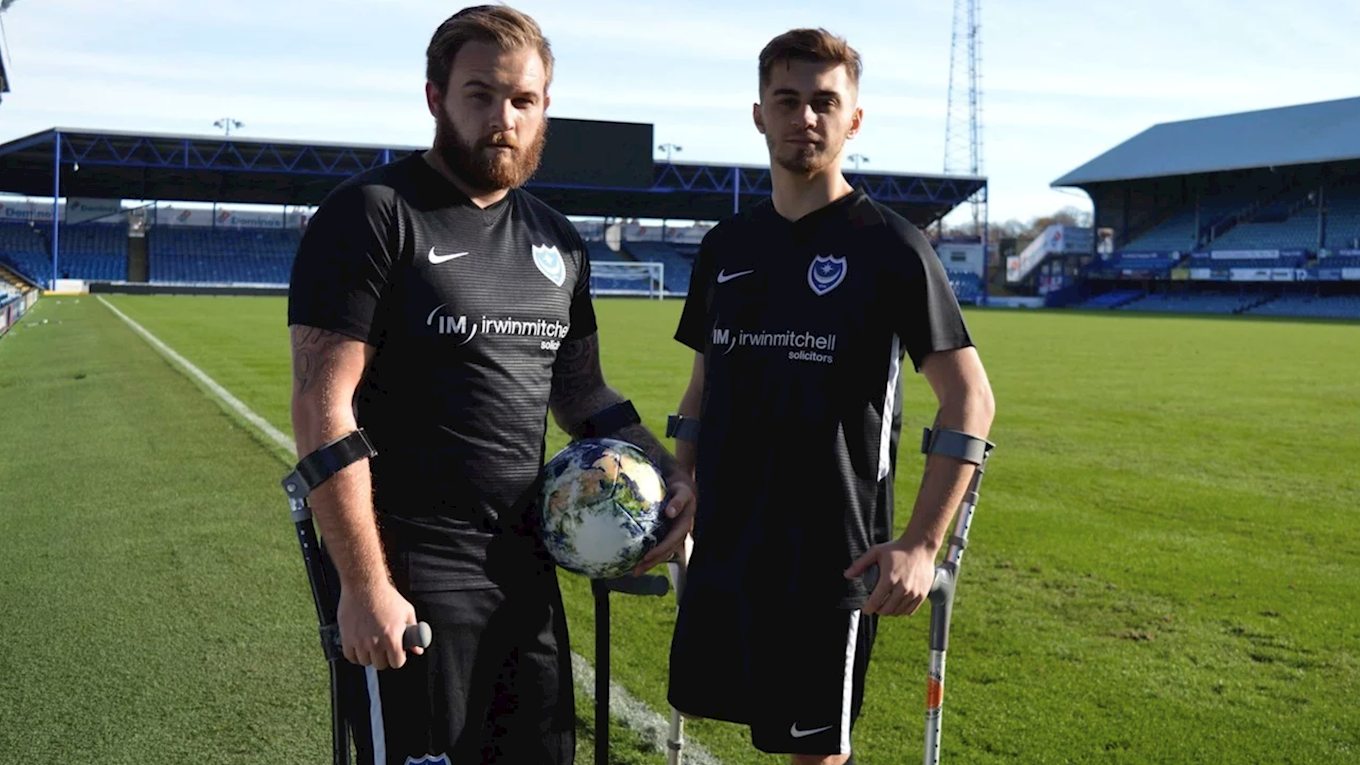